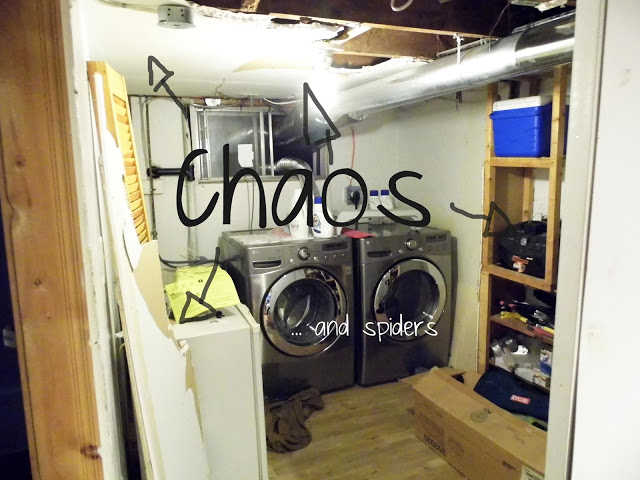 I say "necessary" because this may not be the sexiest project, but it was probably the most important improvement we've made this month.  I rarely show our basement here because it's such a low priority and also, because it's a pretty embarrassing disaster!  We will finish the basement eventually (or rather, unfinish and refinish properly) but we are focusing our resources on the main floor and upstairs for now.

One exception is our new laundry machines.  Before we lived here, there was no duct work for central air, as well as no dryer vent.  Both have been run out the window (The ducts have been run up through the floor in the family room and the dryer vent has been run straight through to the outside of the addition wall.) leaving us unable to close the window.

I have written a little about the laundry room here and here.  While the weather was warm, we didn't mind the opening to the crawlspace below our family room addition, but the chill in the air has reminded us that it needs to be closed.  The urgency was both for energy efficiency reasons, as well as my fear that creepy crawlies may begin looking for warmer places to spend their time... 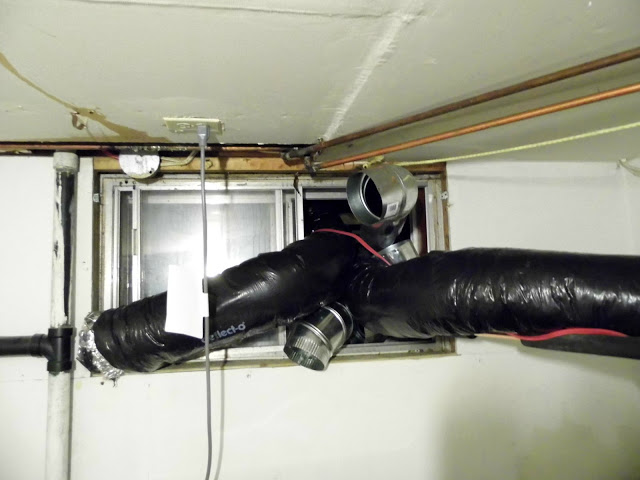 So the clock was ticking... and each "tick-tock" sounded like hundreds of spider footsteps...  I think I've been letting my imagination get out of control, but I was pretty convinced that one day I would see a line of spiders marching straight through the opening.  It makes me shiver just to think about it.

Luckily, Corey was on top of it and one night, while I was working late, he patched the opening. 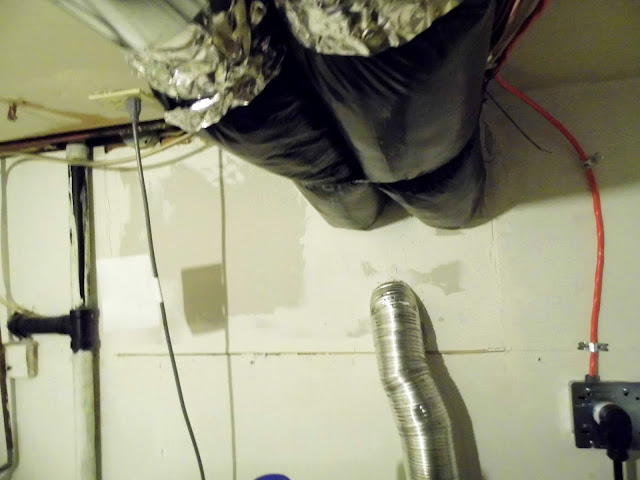 He says he first framed the area with 2 X 2 pieces of wood.  Then he cut several pieces of drywall to fit around the ducts like a puzzle.  He taped and plastered all the seams.  Finally, he crawled under the addition to the outside of the window and used expanding spray foam to seal around all the vents.

I can now breathe a sigh of relief!  We no longer have an ugly window that leads under the family room, and I no longer need to worry about pulling clothes out of the dryer and coming face to face with an army of spiders.

The room still isn't pretty, but I'm counting this as a win! 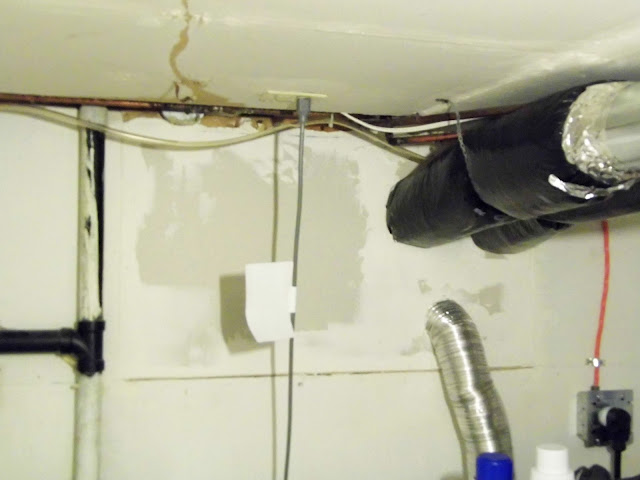 Update- Corey just informed me that it is spider mating season and I don't think I will ever feel safe outside again!  How could something so awful actually exist?    He actually told me while I was on the phone for work and I shuddered, looked around suspiciously and promptly went inside.  This little "update" could not have come at a better time.  The article linked above mentions that it's not in a spider's best interest to haunt or bite us, but I remain skeptical about their ability to reason so I will be indoors as much as possible until it gets chilly outside... Who's with me?