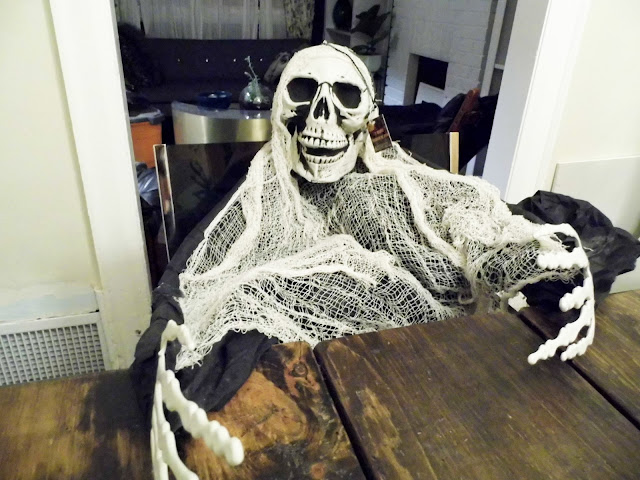 Warning: Those of you who think Corey and I are normal, may want to stop reading.  If our other antics haven't tipped you off already, this post will convince you that we're super duper weirdos.  You have been warned.

I have a confession: I am OBSESSED with Halloween.  When we lived in the condo, I dreamed of owning a house, not only for the freedom and equity, but so we could decorate for Halloween!  Corey and I both love children (we met at camp) and for ages we have dreamed of having the best Halloween house on the block!

Part of it is also selfish... I love horror movies and scary stories and we love Halloween haunted houses and Corey sometimes compares me to Julie Bowen's character on Modern Family, who also loves Halloween more than is socially acceptable or even appropriate for a grown woman.

Finally, we have our house of dreams... and next month, we get to transform the front porch into the stuff of nightmares!

We hit up the party store and bought a cheap strobe light, some fake spider webs and a $40 fog machine.  Short on space, and tight on budget, I justified the smoke machine because everyone should have one and I'm sure we'll use it all the time... right?  RIIGGHHHTTT???  Seriously, I wouldn't be surprised if we did.  It would add a special mood to regular celebrations like Christmas, Chanukah and even date night!

The cute little guy in the top photo also sort of followed us home.  We've taken to calling him Maurice... and each time we say it, we start singing The Joker by Steve Miller Band, as one does.  Here's another picture of him in our family room in all his 7ft glory. 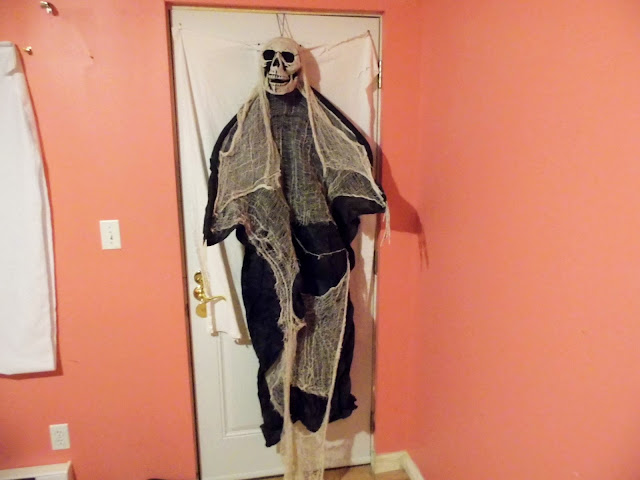 I'm not sure which is scarier: Maurice, or those salmon walls.  Probably the walls.  I refuse to put him in storage until Halloween (My mom convinced me that it's too early to decorate and insists that I wait at least a month.) so we've taken to posing him around the house or sometimes, just chasing each other around the house with him.

I'm thinking of waking up early one morning and tucking him into my side of the bed.  Then I'll go outside and call Corey's cell to tell him that I've left for work... and listen for the screams!  Mwahahaha! 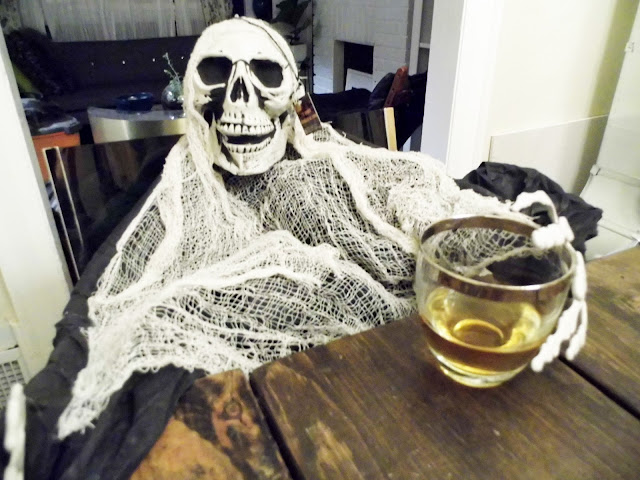 You enjoy that Scotch, Maurice.  You've worked yourself to the bone.  Hey-O!

Okay, let's move on to our other Halloween ideas before my BFFs tell me again that I'm getting crazier in my old age.  We obviously won't try all of these this year, but here are a few of the better DIY Halloween ideas from around the web.

Trust Martha Stewart to put all other Halloween crafts to shame with her cheesecloth ghosts.  If it hadn't been love at first fright with Maurice, I think I would have made these.  I had already sourced cheap cheesecloth in Toronto. 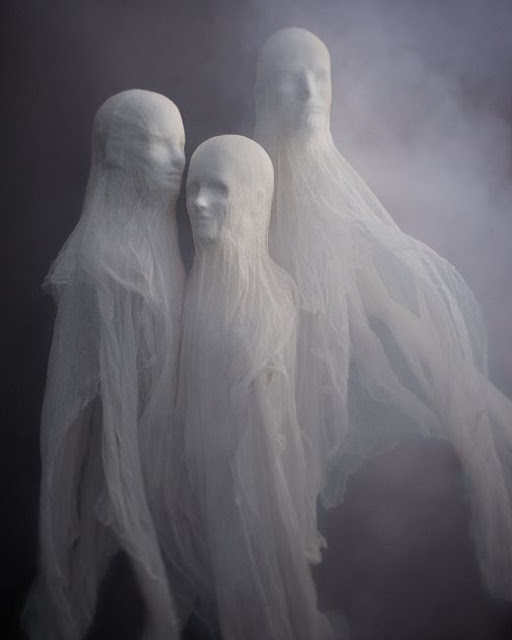 Thrifty Craft Girl blogs about a great "hack" for a fog machine, which cools the fog so it creeps along the ground.  I'm seriously considering this one! 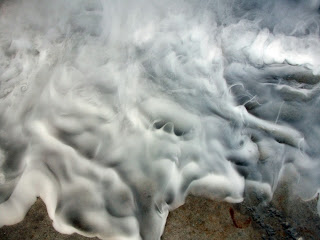 Another craft from Thrifty Craft Girl (This girl must be my spirit animal or something.) suggests saving toilet paper rolls, cutting eyes out of them and inserting glow sticks.  Done and done! 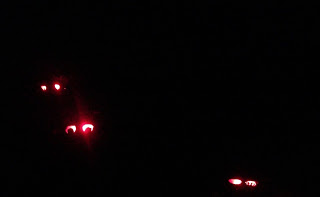 This last craft from Fulcrum Sites is best left to the technically inclined... Which means it would probably be a piece of cake for Corey!  It teaches you how to make a zombie torso that actually crawls.  I think I would want to hook it up to a motion sensor.  We probably have our hands too full for a project like this at the moment, but I'm bookmarking it for next year! 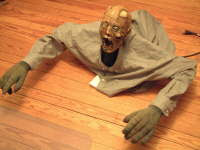 Honestly, my first choice was to dress up as a scarecrow and pretend I was just a stuffed statue until the kids get close enough to see me move... and maybe I'd chase them a little.  Maybe not if that's a bad idea.  Corey thinks it's probably a bad idea.  I'm thinking that may be too scary so we're going to get a feel for the crowd this year and see about next year.  It depends on the ages and how the kids react to other scary houses.

What are you doing for Halloween?  Are you as excited as we are?!  Have you decided on the candy you'll give out?  I wanted to buy some stickers to mix in with our candy dish because... stickers are awesome.  Corey think's they're lame.  Anyone want to weigh in?