Have a Great Weekend! 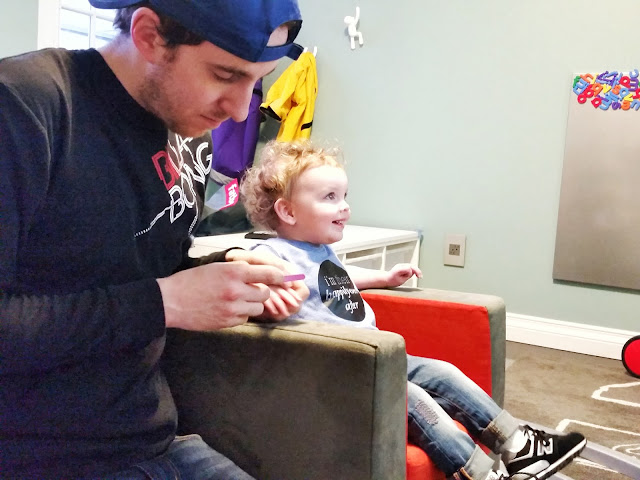 Hey guys.  I thought I'd share the photo (above) of a very sweet moment.  Corey always files Rudy's nails so carefully and he often puts on an episode of Bubble Guppies to distract her.  It's their "morning manicure tradition" and I think it's the cutest!  We've been noticing lately that Rudy really seems to understand the story lines of her shows and she gets anxious or sad if a character is in danger and is excited and claps when something good happens.  It's so cute to watch!

What are you doing this weekend?  I'm working both days but I'm hoping for some nice weather to take Rudy and the dogs for a nice long walk early one morning.  Between being sick and the cold weather, I've been missing our family walks.

Here are some links that I like from around the web:

If I were a teenager, I would totally want one of these funky bags.

I love this pretty wallpaper.  It would be so sweet in a nursery.

Valentine's Day may be over, but I want to make these truffles.

Someone I worked with years ago just lost a battle to cancer.  It is very sad and I never know what to say when someone passes away, but I was moved by the beauty of this essay.

I'm normally not a fan of insects, but this article is really interesting.

What a fun/messy indoor activity that would be perfect for a snow day.

These are all the rage and they're supposed to be great for stress relief.  Have you tried one?

Rudy prefers cars and musical instruments to dolls at the moment but if she ever does decide she likes dolls, I'd love for her to have one like these.

The Cattest Day Ever (And a Family Update) 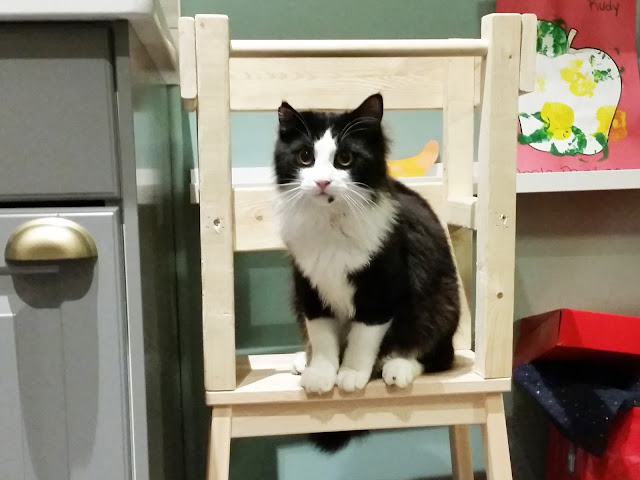 I know it's been a little while since I've posted.  The whole family has had the flu for a solid week and it has thrown my schedule WAAAYYY off.  Here's a little update on what's been happening with us over the past couple of weeks.

Before we all came down with the plague flu, we enjoyed a carefree weekend away at Great Wolf Lodge.  It was awesome and relaxing and just what we needed as a family.  So often, I feel like I get sick when I slow down and finally relax, and I think that's exactly what happened here.  We returned and within days, we were all throwing up, sneezing and all the gross stuff you can expect from the flu combined with a head cold. 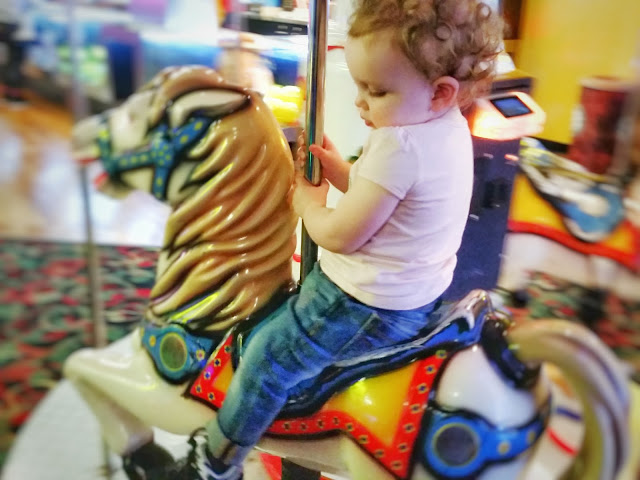 It was a shame too because Rudy took her first steps last week and we've been feeling too miserable to celebrate.  Daycare actually called us to tell us the news (Rudy was the last one to catch this flu) and Corey and I were both home sick from work.  We were so excited because Rudy has been walking while holding things since August but she's been a little late taking her first unassisted steps.  Blame a combination of tall baby and little feet (maybe a hint of mom's poor balance) and add a logical baby brain and it's a recipe for "Why on earth would I try to walk and risk falling when I can just crawl there in half the time?"... Which is my way of saying, Rudy had absolutely no motivation to walk on her own until last week, when she was at the art table and her teacher walked away and without thinking, Rudy just started following her!

Luckily, today Rudy is feeling better and able to waddle all over the house with her headphones (she found headphones and wanted to wear them) on her head and a big grin on her face!  Yes, we finally have a walker!  We had been starting to worry just a tiny bit but her new shoes with ankle support seem to have given her the confidence she needed.

And I'm sure you're curious about the kitty in the picture at the beginning of this post.  This friendly little guy was playing in the back yard with Barkley the night before we left for Great Wolf Lodge and when we opened the door to let Bark in, kitty ended up just coming into our house.  He waltzed through the place like he owned it and made himself right at home.  Corey and I weren't sure what to do but we were expecting quite a bit of snow.  So, despite the fact that we were leaving for our holiday early the next morning, Corey found himself at the grocery store at midnight buying cat litter and food and we decided to let him bunk with us overnight.

We didn't want him interacting with the dogs unsupervised so we shut the door to our room overnight (the dogs sleep on our floor) but we found this little tuxedo cat curled up right outside our door in the morning.  Although we've always considered ourselves to be "dog people" we were totally charmed by this cutie.  We affectionately named him Felix and were just beginning to get attached but we decided to take him to the vet to check for a microchip.  The story had a happy ending for Felix and it turned out that he did have a family of his own.  While we should have been overjoyed, Corey and I had loved hosting this little visitor overnight and the experience kind of left us thinking...  Thinking about cats....