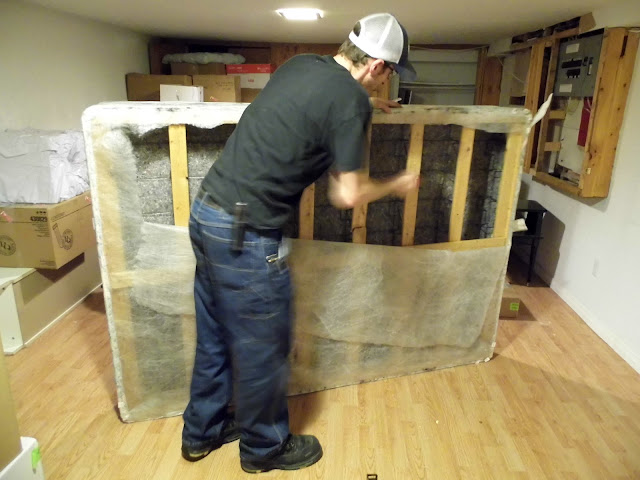 Corey's going to be mortified at the title of this post!  I've said it before and I'll say it again: I am lucky to be living with a handy guy!  While I handled the real estate aspects of finding our home, Corey makes our dreams of giving our home some TLC a reality!  I've posted a few of my recent projects but I haven't posted much about Corey lately.  So what has Corey been up to since we pulled the floors?

Clearing out the basement to make room for the furnace company.  This included sawing and removing an old boxspring. 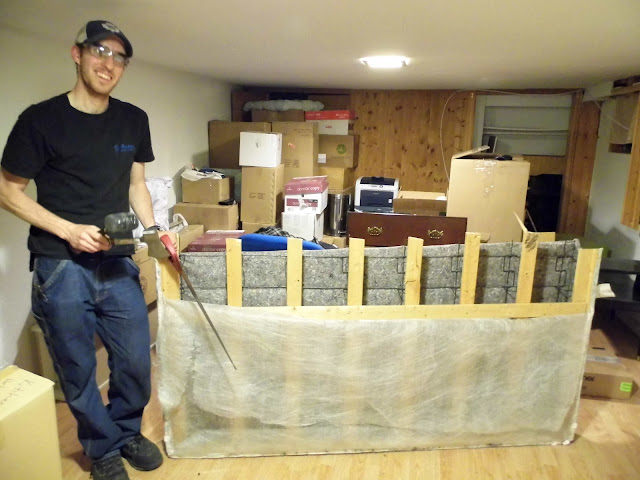 Cutting a hole in the wall to make room for our new washer and dryer.  We're actually going to keep the door here and close up the entrance to the basement stairs from the kitchen.  I'll post about this another time. 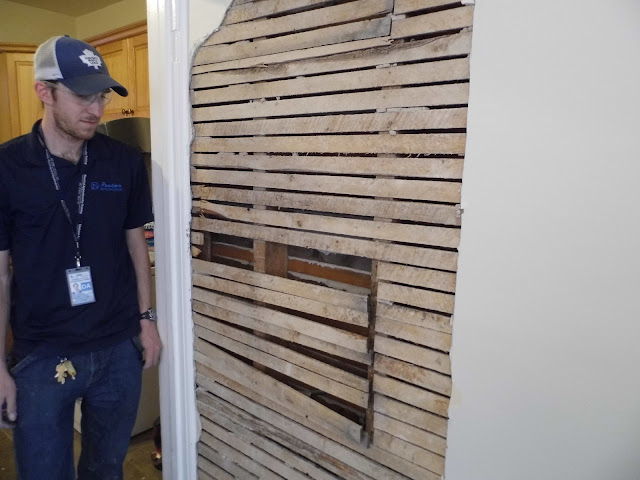 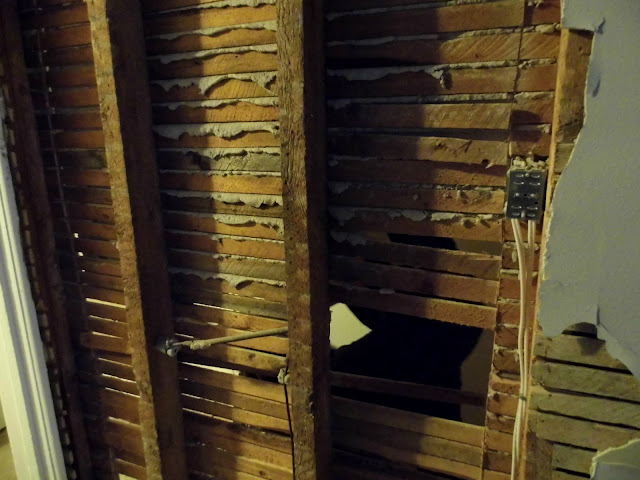 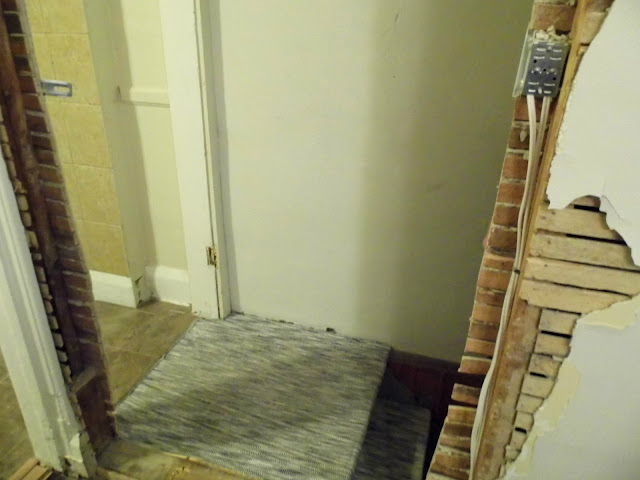 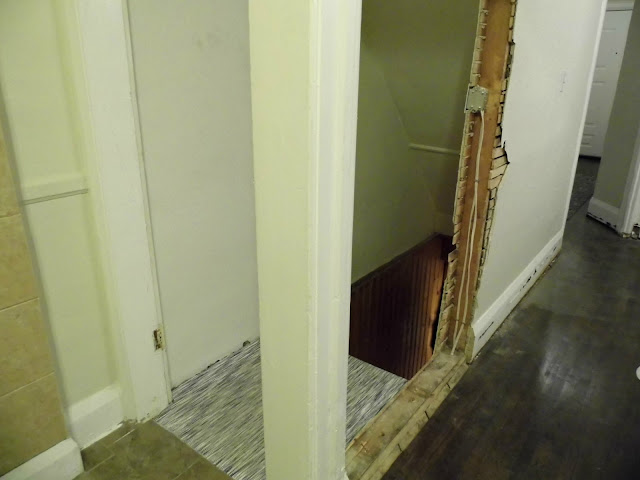 Bypassing some scary galvanized pipe in the basement water line.  This was a bad one and included several trips to Lowes late one Friday night and a day without water.  I almost cried, so I was lucky that Corey keeps a cool head.  The best part is that we now have proper water pressure (there's a pic of the old clogged pipe below) ... which calls for some sort of water-related celebration! 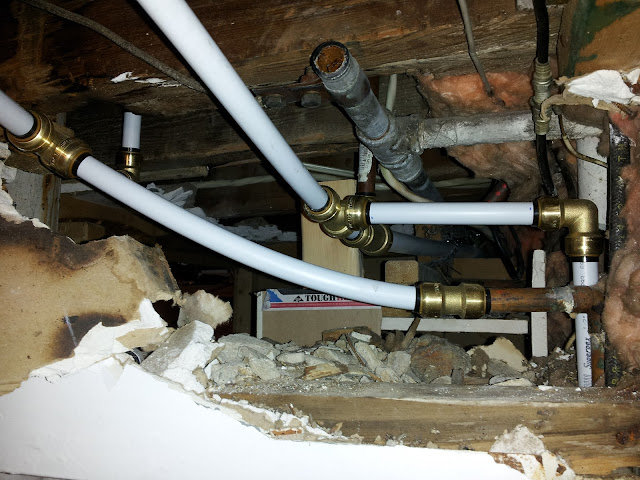 Here's a closer look... Aaannnnd, that's why our showers have been so sucky! 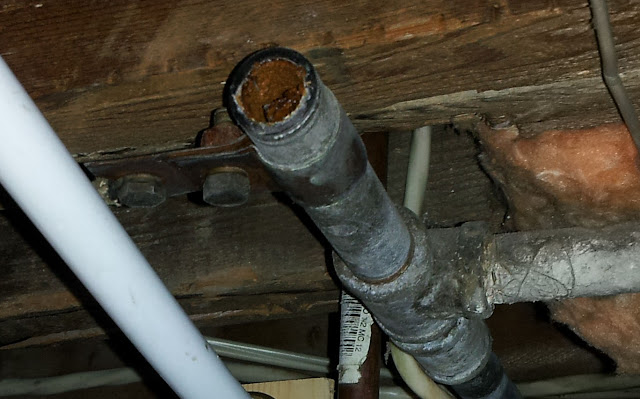 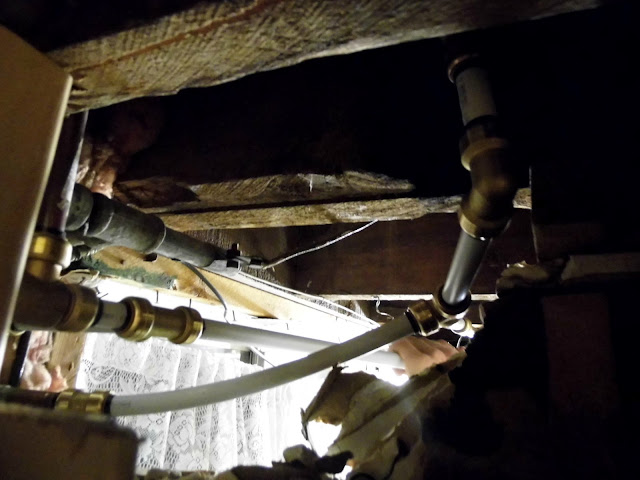 Miscelaneous electrical and venting jobs.  Honestly, there are too many to count!  They also happened to require that Cor tear down most of the ceiling in the basement.  All in a day's work.  Corey saves us money all over the place! 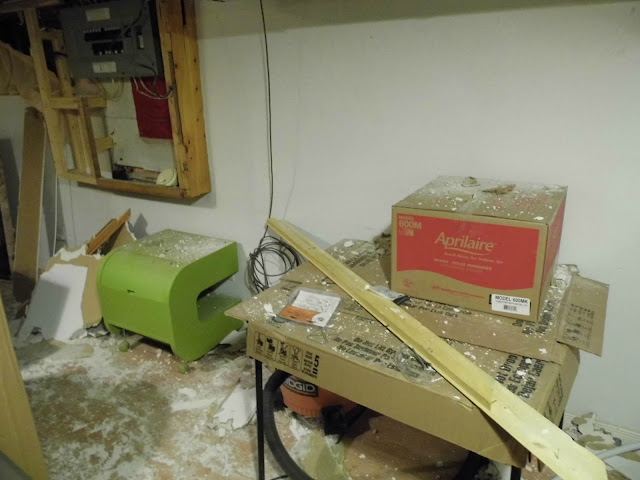 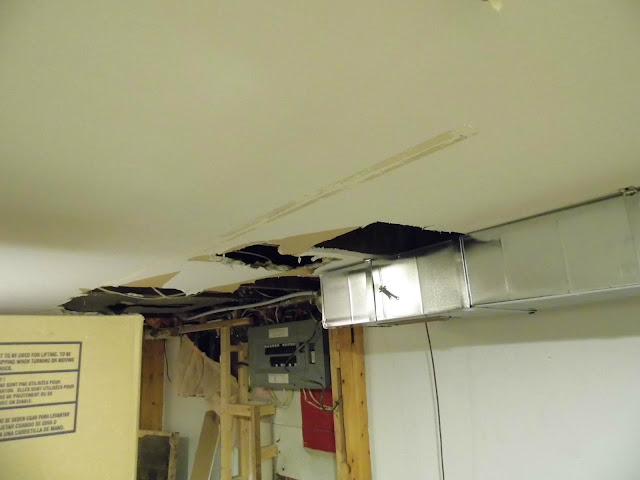 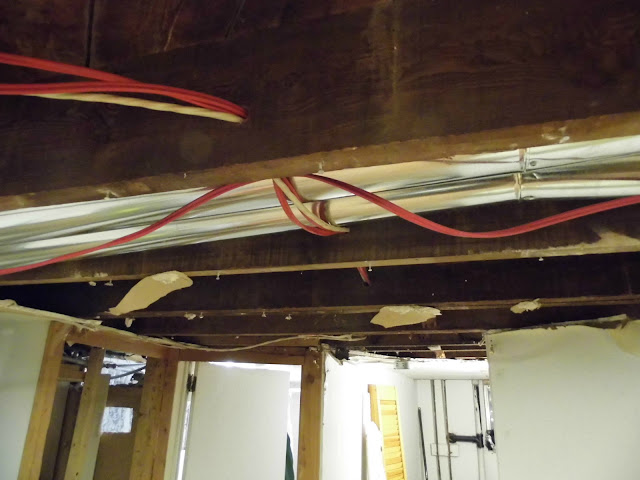 The venting in our laundry room so that we can have a washer and dryer:

FYI, that window hasn't been plugged yet and I'm terrified of spiders getting in.  I ask Corey if he has sprayed for spiders at least a couple of times a day.  Better get on that, Corey! 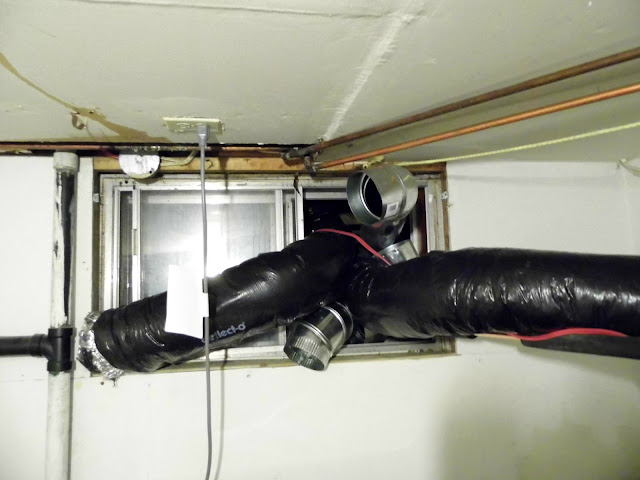 Here's a shot of our babies washer and dryer:  Can you tell we're excited to finally have decent laundry facilities? 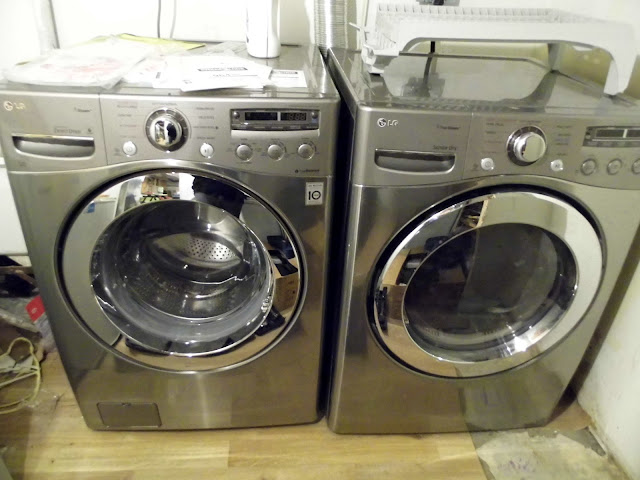 Lovely, right?  Too bad our laundry room is a disaster right now and we have no plans to renovate it for at least a year.  Our pretty appliances are totally slumming it! 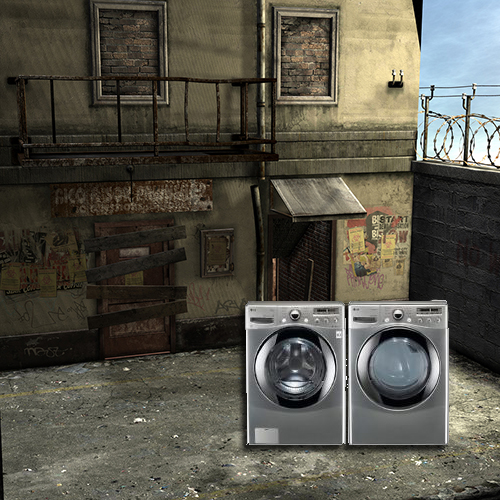 We have some big projects ahead of us but some of the high pressure projects (as in, our insurance company gave us a time limit) are done.  We'll continue working on the house but we're excited to finally begin living in it too!

So, to summarize in the style of Lonely Island, Corey has worked like a boss and accomplished the following:

Disclaimer: If you don't "get" the reference, I suggest watching the (NSFW... Seriously, this video is not appropriate to watch in public.  It is a joke but the language is crass.) "Like a Boss" video.  ... Unless you're one of my aunts who reads my blog.  If that's the case, please don't watch.  If you did watch, I assure you that I have no idea how that foul video got on the internet and yes, I agree that someone should monitor these things.

That's all I've got for now but I'm sure there will be plenty in the weeks to come.

Oh, and my other boy is adjusting very nicely.  I think having a house gives him more confidence!  He likes to guard the house but is also totally relaxed in the yard! 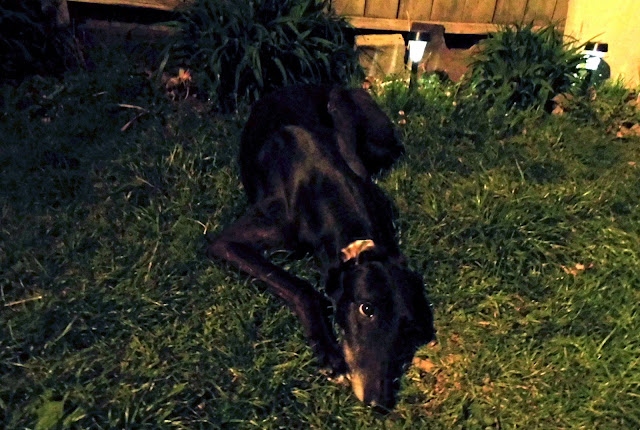