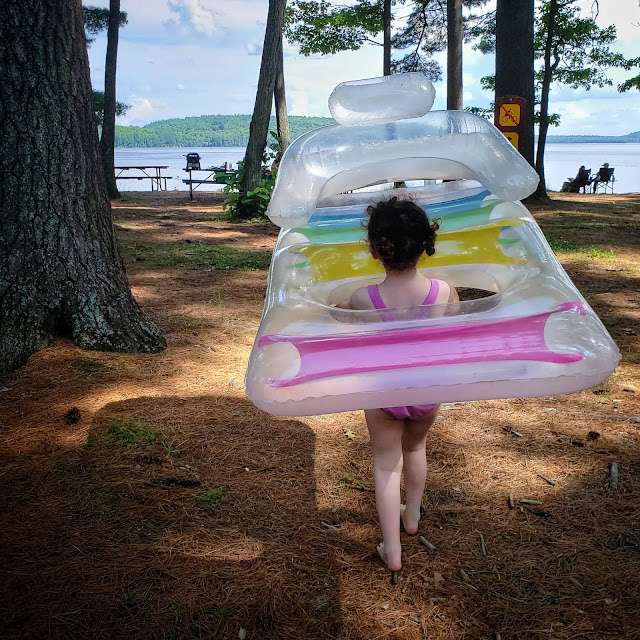 Who else is feeling long weekend vibes already? Are you staying in town or heading somewhere cool? We are planning on staying in the city this weekend (Corey and I have some work to do) but we'll be heading North for a little camping next week. I'll post about it later since I get asked a lot about camping with kids and people often sound so awestruck. Let's just say that Corey and I were much more rugged in the past but now that we have the girls, we're sort of spoiled. We have friends who are doing hardcore camping and canoe trips with their minis but we like to glamp in our little tent trailer with "rustic" buffalo check bedding. It's not exactly authentic, but it is a lot of fun!

Since this is a long weekend, I have six fun things to share instead of just five!

I noticed on a friend's IG the other day that she was collecting shells at the beach and I had to reach out and tell her that I have always loved combing the beach for shells, sea glass or pretty stones. I found the pretty heart stone below and kept it... I'm waiting for inspiration to hit me so I can decide what to do with it. I would love to try to find enough stones to create something like this gorgeous collection. 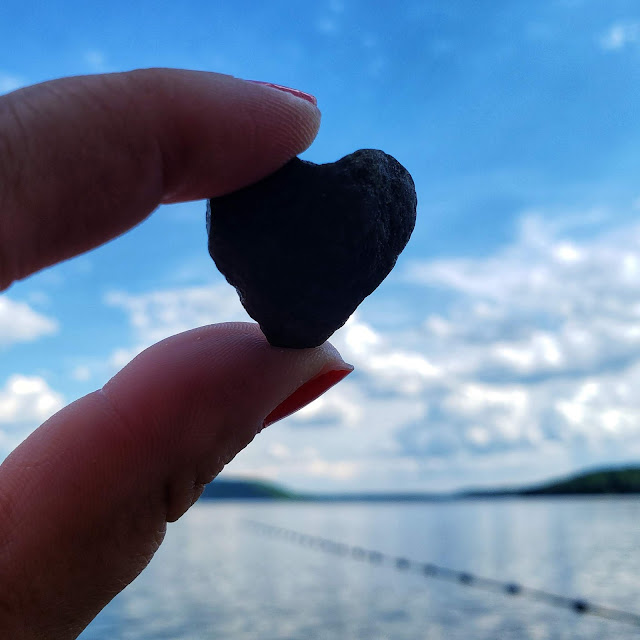 What do you do with veggies from your garden?

I'll confess to having garden envy when I see friends posting photos of the bounty their gardens are yielding right now. I didn't get my act together in time this year so I'll have to rely on the farmer's markets but I feel like the veggies you grow yourself seem to taste better. If you have a similar crop of tomatoes, cucumbers and the like and have had your fill of open-face tomato sandwiches (Is that even possible??) consider making a gazpacho. Cup Of Jo mentions the Times recipe, which you can find online, but it's basically a salad smoothie made with tomatoes, cucumber, pepper, onion, garlic, olive oil, sherry vinegar and (optional) bread. I made some in my blender today and it's going to be great for snacks over the weekend.

What are you binge watching on Netflix these days? I was so excited when Queen of the South and Orange is the New Black both came out with seasons this summer that I've been forcing myself to stay awake (just... a .... little... (yawn) ... longer) at night to watch an episode. (OITNB SPOILERS AHEAD) Has anyone else been moved to tears by OITNB this season? The addition of the ICE camp and some great new characters has been incredible but I'm nearing the end and feeling angry. It's unjust and unsettling to see the white, affluent main characters more or less landing on their feet with tragedy befalling so many of the less privileged characters, especially WOC. I suppose it naive of me to be surprised since this is basically what happens in real life and I'm a little ashamed to be having this epiphany over a Netflix show. For those of you who are like me and like to read the last page of a novel first, here's a rundown of what happens to everyone in the finale.

I don't pretend to be a pro (or even a skilled or talented) photographer but I love photographing the girls and manage to compose some lovely candid pics of them. People often ask me for tips and I wrote a blog post on it years ago but my style has definitely changed since then. The process is still simple though and I take my best photos when I get down on their level, stay aware of the light and background and keep snapping photos because 1 in 20 may actually be good. Then, I crop (to make it look like our house isn't messy and the dog didn't just pee on the floor) and I edit using Snapseed. Sometimes, to add special effects I also use an app called Lense Distortions. Five minutes of quick editing can make a photo so much more special. 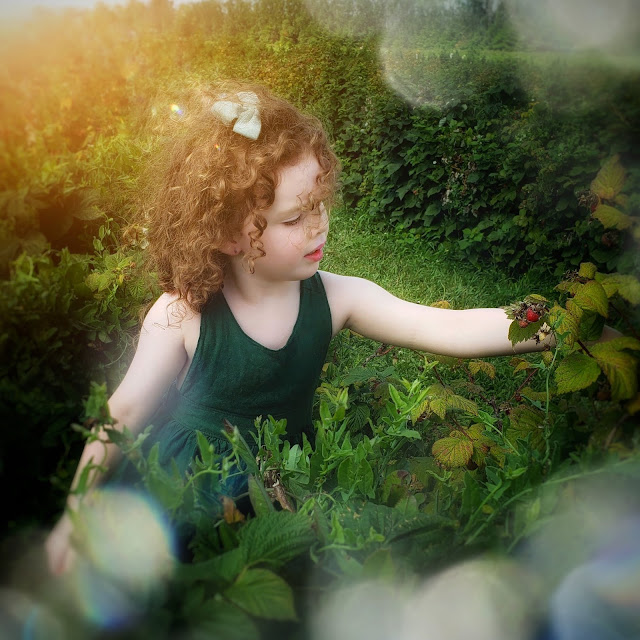 One of the best things we did while planning our trip to Banff a few years ago was to hire Crista Lee to take some photos of us in one of the most beautiful parts of Canada. It took some work to get ourselves all dolled up in our hotel room and some planning to make sure our outfits were on point but I still love those special photos! 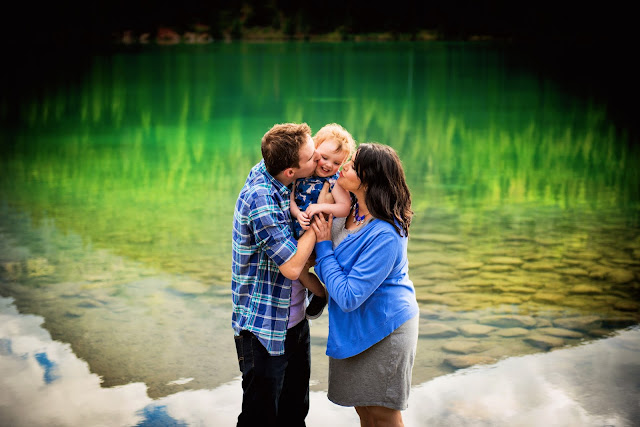 Have you heard of this? I have now had two friends post about it in the past three days and I am so curious to try it! I had read about it earlier this spring and I had always thought is was just something health care professionals did for themselves after a night of partying. I had no idea it had gone mainstream! I know it sounds kind of "out there" but I get Corey to give me B12 shots in my arm when I'm feeling run down and I get an instant boost from the B12 so this doesn't seem so different or scary to me. I can only imagine this would be even better and they have different cocktails of vitamins depending on what you need or how you want to feel. Doesn't this sound kind of amazing? If you've tried this, we need to talk!