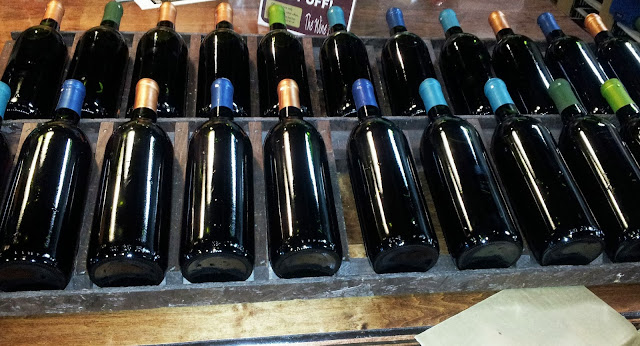 Just look at all that wine!  Corey and I just enjoyed the best date at The Wine Butler.  Friends of ours had tried it and loved it so we decided to make a batch.  We had initially assumed we'd be mixing ingredients ... or even stomping grapes or something... I don't know what goes through our heads!  The reality was better though, because we were able to read descriptions of real (non-sucky homemade) wines and choose one that we thought we'd like.

While our first appointment to add the yeast was pretty anticlimactic, the bottling appointment was (as our friends promised) super fun and much more date-like.

We started by disinfecting all the bottles and then filling them using that machine which vaguely reminded me of an elementary school trip to the farm...awkward! 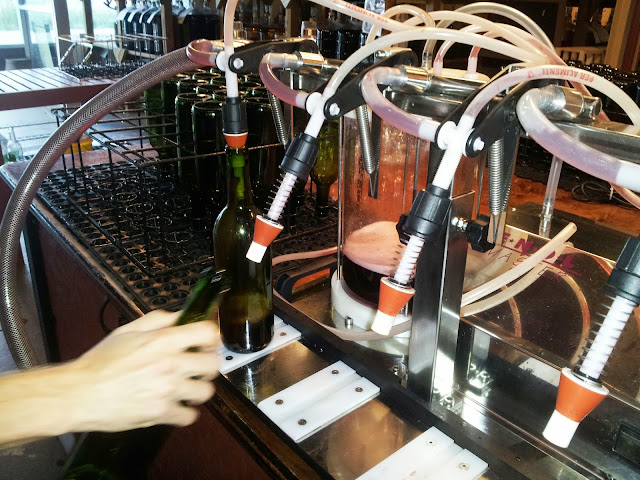 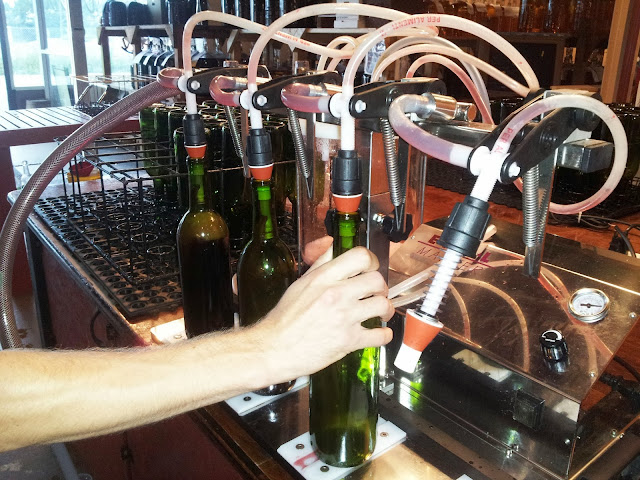 Then we inserted the corks with this cool machine. 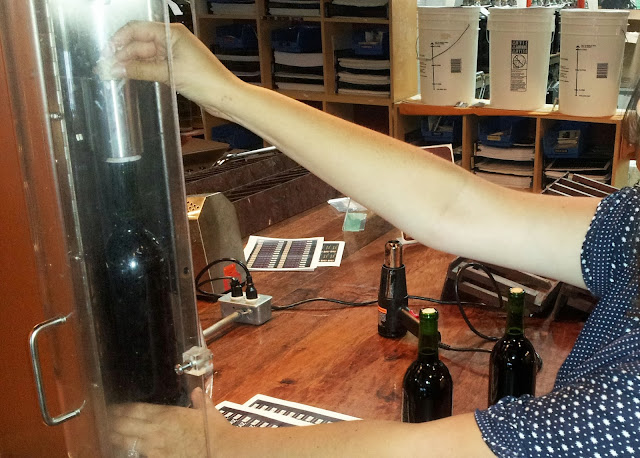 We got to choose foils for over the cork.  There were so many colours that it was a little psychedelic!  The couple across from us were really nice, but hardcore.  They make so many batches that they match the foils to the labels.  I could see us matching the foils to the bottling dates if we ended up doing this regularly, but for now, we're just sticking with pretty colours! 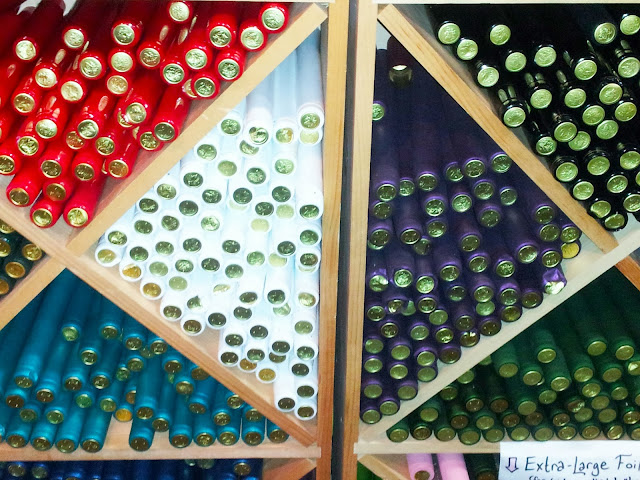 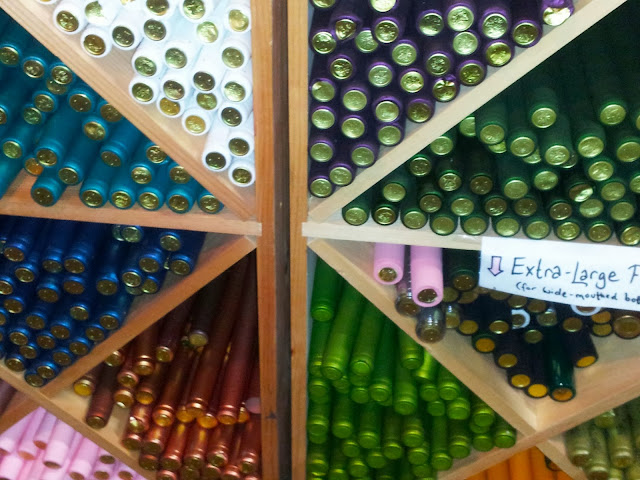 My favourite part of the process was shrinking the foil to fit with the heat gun. 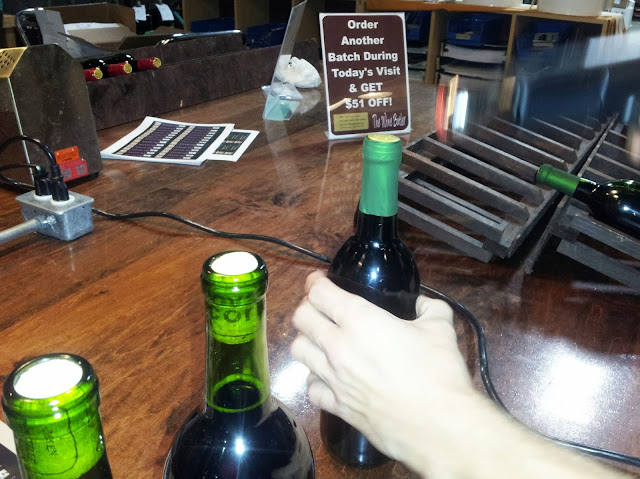 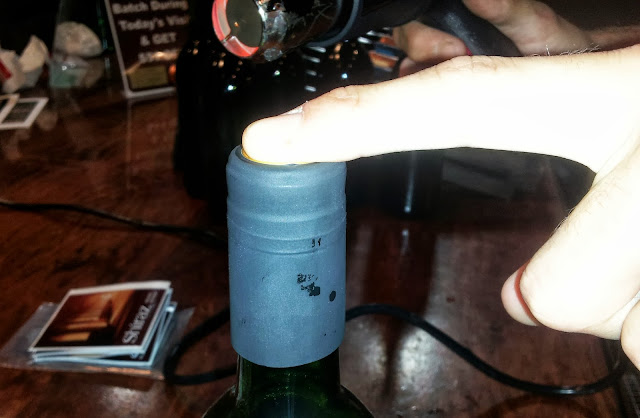 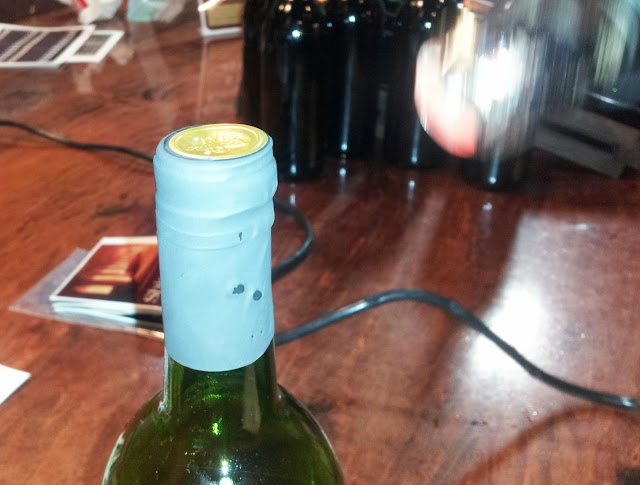 Then we applied the labels.  We could have designed our own if we had wanted... but we weren't that organized and so we used generic labels this time.

Notice the half-full bottle?  That was our 30th bottle and they only guarantee enough wine to fill 28 bottles, so we were pretty pleased with 29 1/2.  We were told to drink that bottle quickly since there's so much air in it but to age the rest for at least six months. 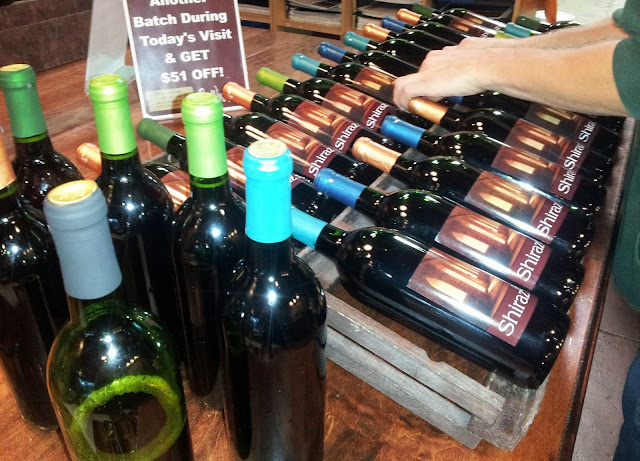 So we opened the extra bottle at home and tried it.  The verdict: It was a little weak and definitely too young.  Still, it was flavourful and we can tell it will be awesome in a few months.  We decanted most of it and the flavour improved. 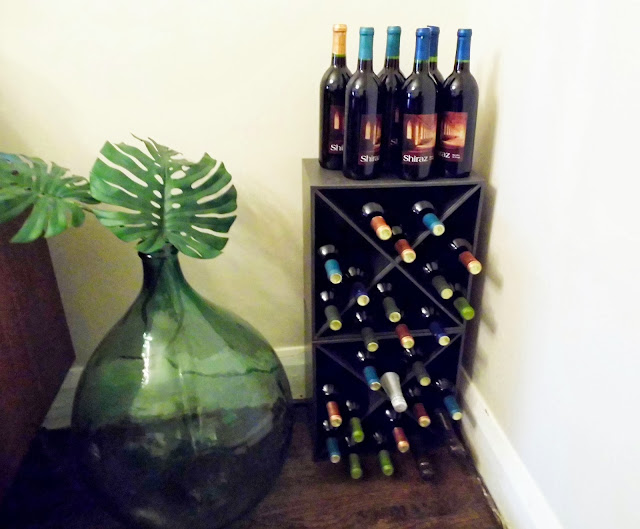 I can't believe we actually filled our CB2 wine rack!  We originally purchased this pair of stackable cubes for the condo, where they sat on our kitchen counter but we have never come close to filling them!

We ended up with 29 bottles for well under $150.  We've already booked another trip!  The also have a great referral program, so if you mention Corey's name (Our account is under "Corey Brown") I think we both qualify for $100 off our next batch!

The wine we made this time is an Australian Shiraz.  Here's what the website says about this particular wine:  Shiraz is what Australia is known for. This wine has flavours of plums, black berries and black currants that are complimented by a peppery finish which is a result of the addition of toasted oak. Intense berry notes are the trademark of this prized varietal. A hearty deep red, herbaceous wine with a slight fruitiness and overtones of black pepper. It is a savory treat.
This zesty choice serves well with beef tenderloin and grilled pepper steak.
Sugar code 0.

We've already chosen to make the Spanish Priorat Granache nest time.  Here's what their website says about it:

Additional information
What do you think?  Would you try this?