Mirror, Mirror on the Wall... 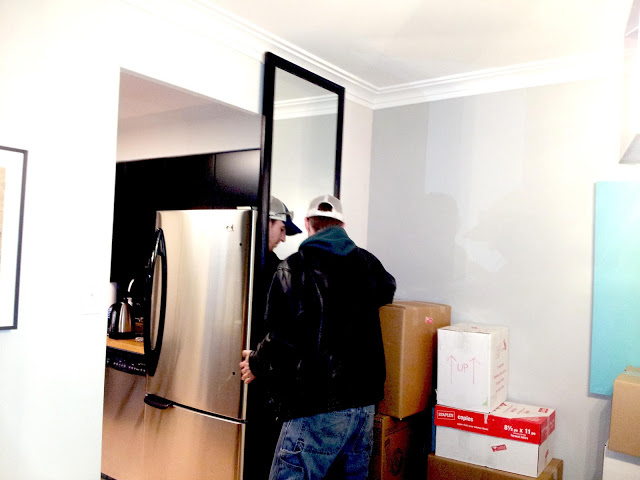 Remember the comically large mirror we found on Craigslist just before we moved?  Corey thought it was ridiculous, and despite his jokes about it "having an accident", it survived our move.

Then we I realized that it was ridiculously huge and we really didn't know what to do with it.  I considered an ombre paint technique and I would have painted the bottom something bright and allowed it to fade towards the top to match the wall colour and sort of disappear.  It would have been interesting, but I thought it might look too busy.

Instead, I painted it the same colour as our walls.  Now it almost gives the impression of another doorway and makes the small room appear more open. 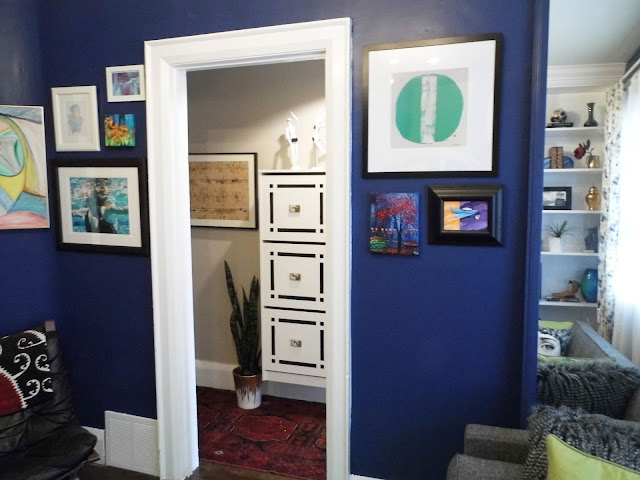 What do you think?  Do you like seeing oversized mirrors in smaller rooms?  What would you do with a mirror this large?
To my regular readers: As you can see, our living room is nearly complete and I'm excited to share it with you.  I'll post more pictures (including before and afters) in the next week.﻿