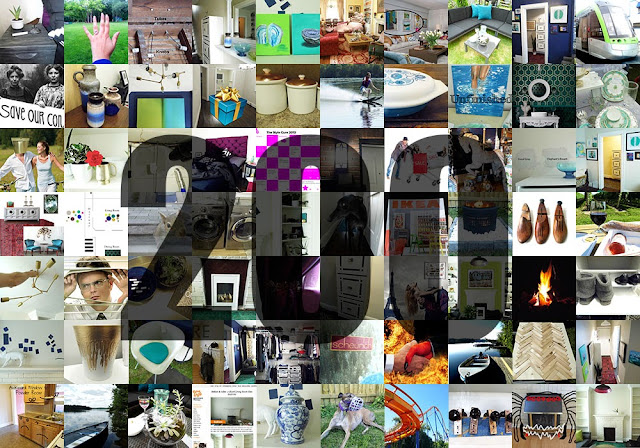 Well folks, this is my 200th post!  Not bad, considering I only began blogging regularly in January.  So many of you have been so supportive in your emails and comments, and I notice that it's not just friends following along anymore so I sincerely welcome those of you who don't know me in real life.

I marked my 100th post with a special post highlighting some of the more interesting moments on my blog. 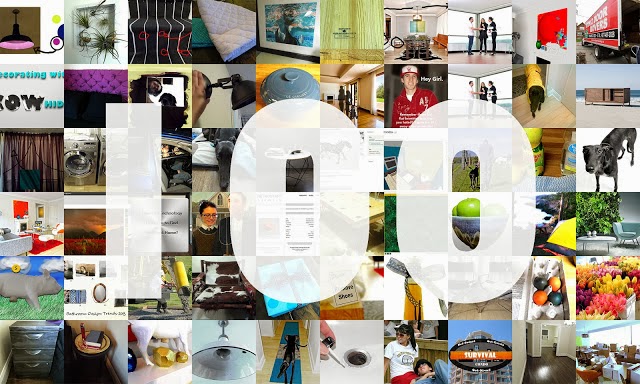 For my 200th post, I thought it would be fun to share something "behind the scenes" from some of my more popular posts.  As this blog progresses, it has certainly become more casual and real.  One of my oldest friends who lives out of town told me the other day that when she reads my posts, she feels like she's having a conversation with me and she even finds herself mumbling things like, "Shut up, Taylor!  You are insane."

...Not that I want you all to think that!  I just thought it would be fun to let you guys know what was going on when I wrote some of these.

Remember when Corey proposed?  This was such a personal post and I totally loved sharing it... minus a few details, which I'm keeping private.  The funny thing is that, while the proposal was a huge surprise, it was a bit of a last minute plan for Corey.

I should start by telling you that Corey hates keeping secrets from me.  I always get my birthday presents early because he just can't wait to see the look on my face!  So when my mom called him to let him know the ring had arrived at her house (He wouldn't have it delivered here because I can't be trusted!) Corey had picked it up and proposed within 24 hours!  After waiting nearly seven years, I suppose he couldn't wait any longer. :) 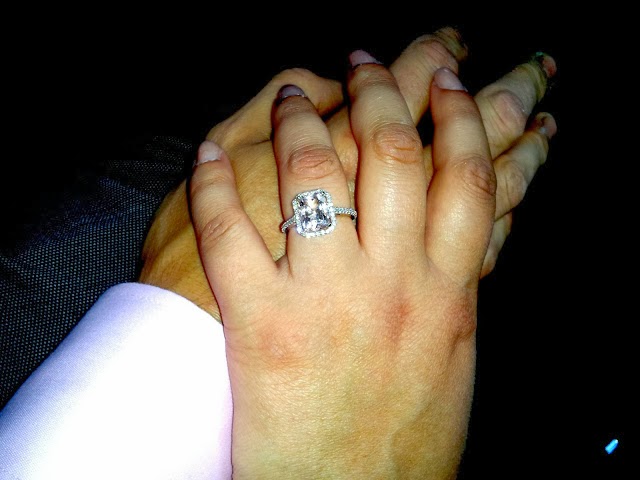 Remember the houndstooth wood backing, that we used to cover the ugliness behind our old fireplace insert?  Well this was actually a bit of a flop in my mind!  I played it cool in my post, because I honestly do like the end result and I think it looks great with out floors... but I accidentally applied the stain a little thicker than I had intended and I lost all the wood grain.  It still bugs me when I look at it. 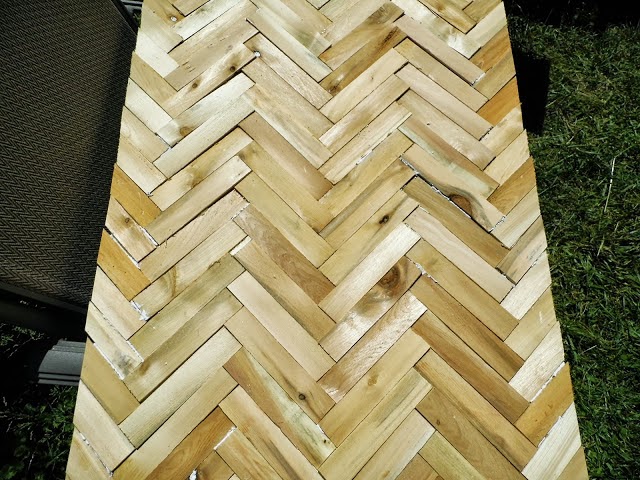 I remember buying these fabulous sliding closet doors at the Ikea Midnight Madness Sale!  Well, that was three months ago and our fab new doors have been collecting dust in our third bedroom since we brought them home.  The good news is that Corey's been spending his time off constructing a frame so I'm optimistic that I'll be posting about them soon! 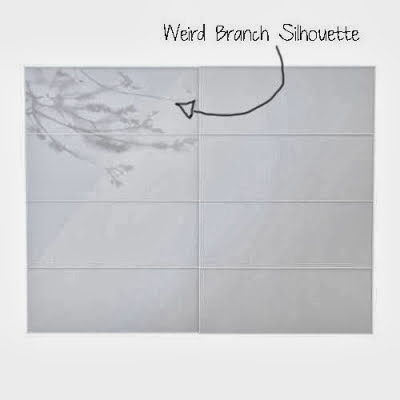 Now that it's chilly outside, I miss our camping weekends!  I was so excited to share some fun pictures of one of our trips with you guys.  Camping is one of our favourite hobbies, and we love camp and camping so much, that we've decided to incorporate it as a minor theme of our wedding!

Remember our bedside lamps?  Well, Corey was working on the wiring (I was out with clients) during the worst storm and flood that Toronto has seen in years!  I was so worried about him that night and it took me several hours to get home, since roads were flooded and traffic lights were out.  To make matters worse, phone reception wasn't very good and Corey and I lost touch for hours at a time.  Meanwhile, Corey had turned off all the power to do the electrical work when our neighbourhood lost electricity so he couldn't test the lights until about 11:00.  Talk about a disaster DIY. 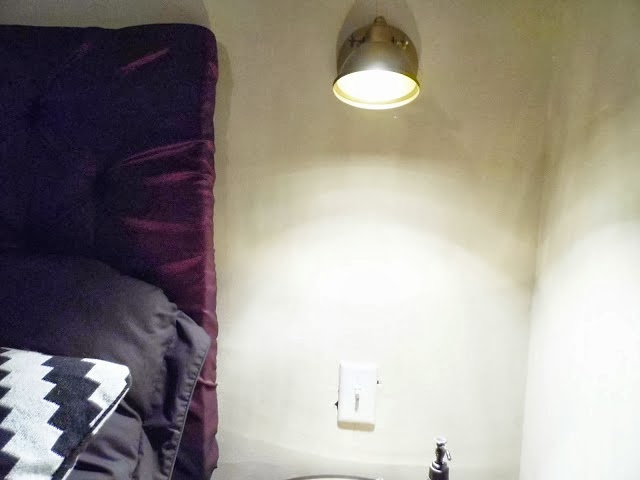 I regret my little Farrow and Ball experiment just the teeniest bit, because other (less expensive) paint brands are now ruined for both of us.  We love the Farrow and Ball colours so much that I've even chosen a (very non-traditional) colour for our future nursery. 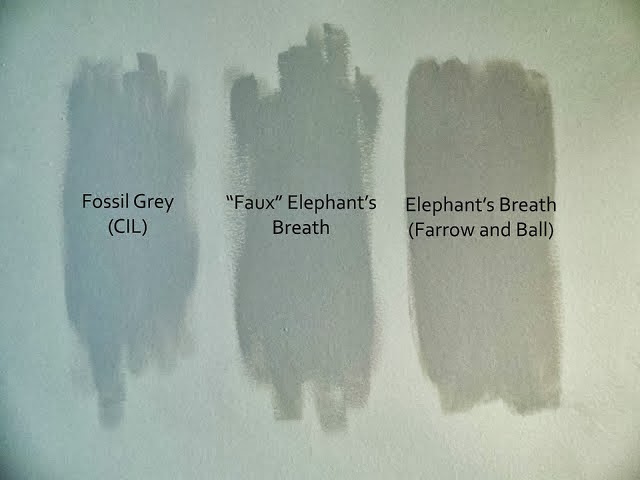 Our living room painting weekend was so exhausting that we actually took a break from working on the house once it was finished.  We totally underestimated the room, but it was filled with edges and corners and painting all the surfaces of the bookshelves probably tripled out time.  Just thinking about it makes my head spin!  Our biggest regret was not moving out that darn coffee table first... that and not drinking more wine while we painted! 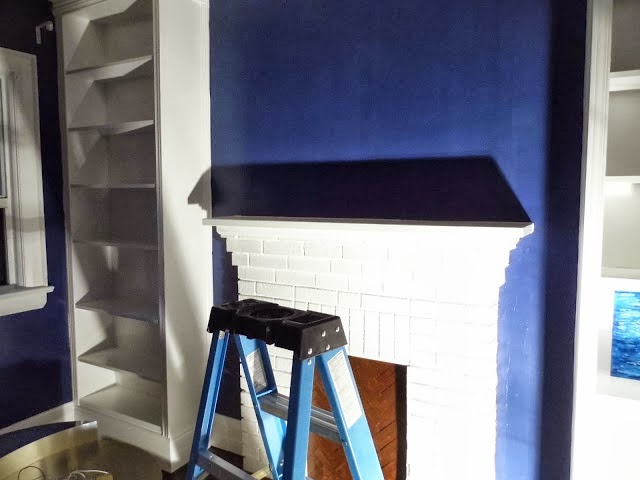 During a recent Friday Reading post, I thought about buying my bridal bouquet from Etsy.  At the time, I had my eye on the pretty ivory and red version, because I had always dreamed of being married in the fall. 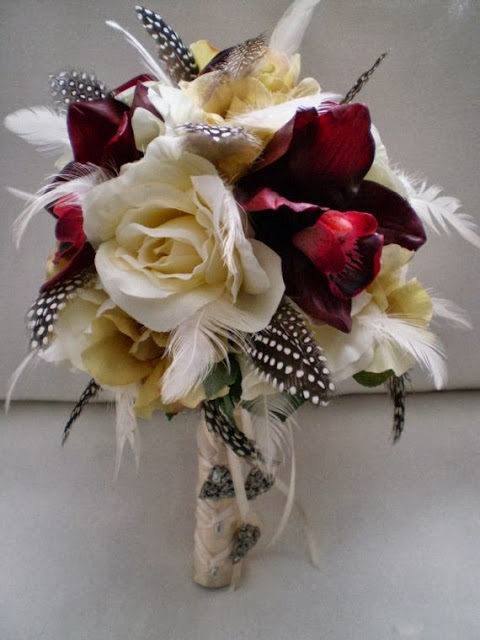 But I'm a practical gal, and I prefer not to tie the knot during such a busy time of year in real estate, so I'm thinking of changing my colour scheme to my signature (just look at the background of my blog) blues and greens.  What do you think? 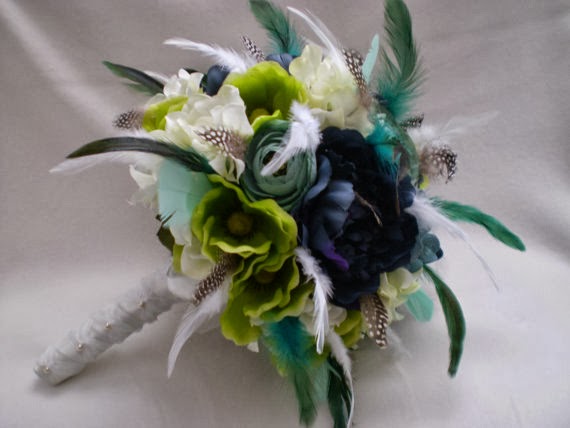 Our prepping for Halloween post is a great example of what happens when I forget that thousands of people read my blog each month and they probably don't know that I'm a HUGE dork.  Well, now you do!  To make matters worse, Corey and I have been sitting outside with our fog machine and strobe light to "practice" since it's too early to actually decorate.  We're just so excited!!  My mom is definitely cringing right now! ;) 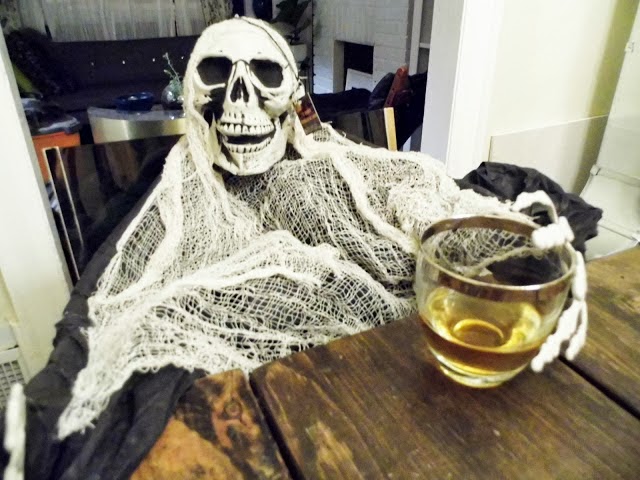 Thanks to all my readers for your encouragement.  Your comments, emails and messages keep me blogging!  Is there anything in particular you'd like to see in the next hundred posts?  More cowbell?  If you' don't get that joke, here's the explanation.  ﻿