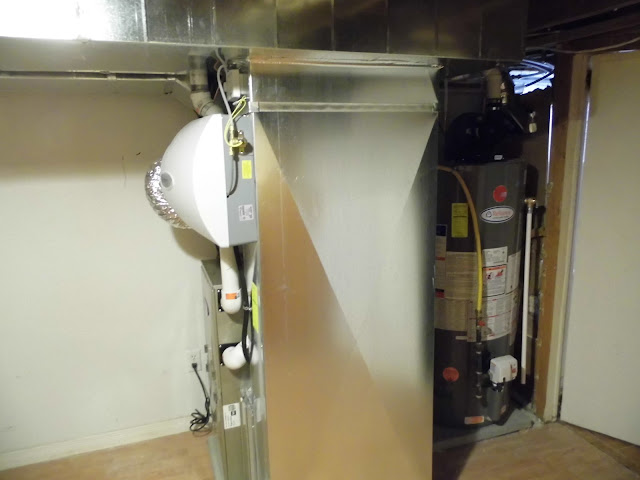 Our largest "right away" expense in this new/old house has been installing central air.   The process is finally complete and I'm so happy that I may celebrate this day each year as our Duct-iversary!  Seriously, when I discussed our needs versus wants in an earlier post, central air was one of our few IMPORTANT "wants" that this house lacked.  We decided to hold back money that would have been spent on a new kitchen to install it right away.

This has added value to our house, as well as major convenience points for us!  Also, a gas furnace will reduce our hydro bills significantly!  To be honest, many buyers probably overlooked this house simply because it did not have central air.  While the installation (and necessary duct work) is expensive, I believe it has added far more than the installation cost to the value of this particular home.

The downside has been the disruption to our lives.  We've had workers in all week so I've tried to work from home as much as possible for Barkley.  There is dust everywhere (almost as bad as when we had the floors sanded) and we have been unable to paint, finish unpacking or even clean until the work is completed.

Overall, I'm thrilled that we decided to have this work done but I am also realistic about the challenges of living in a house during a renovation.  For those of you who have never had central air installed, (which I assume to be most of you) here's a recap of what happens.

Our initial consultation involved discussing our needs in terms of practicality, aesthetics and budget.  It was relatively easy to find the right furnace and A/C unit, but we also had to consider that we didn't want to lose much space for ducts.  We ended up choosing to work with The Furnace Room and they suggested keeping most of our ducts in a corner of our basement, running one main duct up from the dining room to the second bedroom and finally up into the attic and bringing the second floor vents down from the attic into the the bedroom ceilings.

We saved money by agreeing to frame and drywall around the vents ourselves.  We'll need to get creative here... like maybe building a window seat to cover the duct in the second bedroom.  In a different space, I'd consider leaving exposed vents for an "industrial look" but this wouldn't really work in a charming old house.

On Day 1, the guys came in and mapped out where the holes for the ducts would go.  They checked with me before making the first cuts. 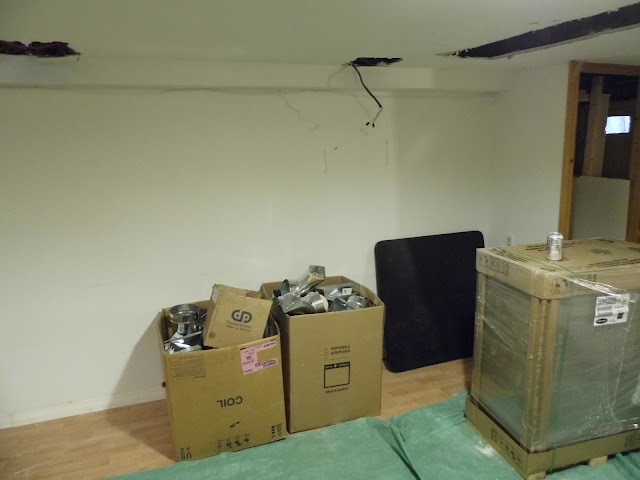 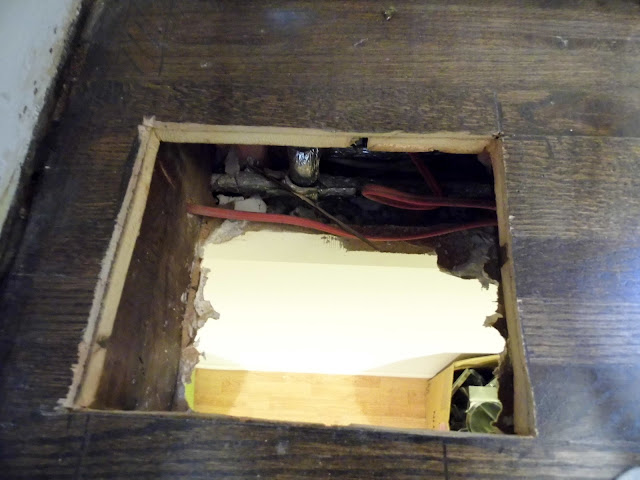 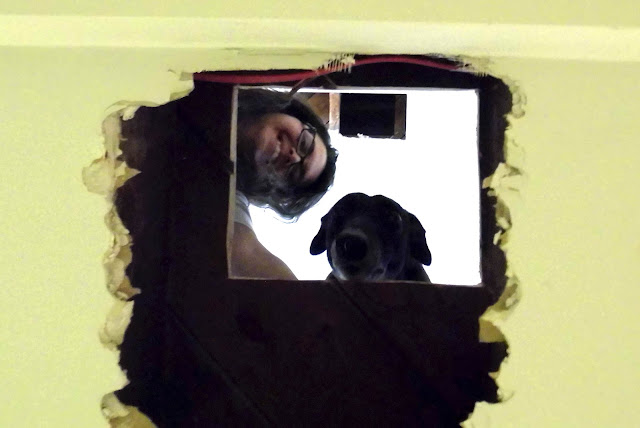 By Day 2, we were seeing ducts and vents and we could picture the work ahead of us to cover them. 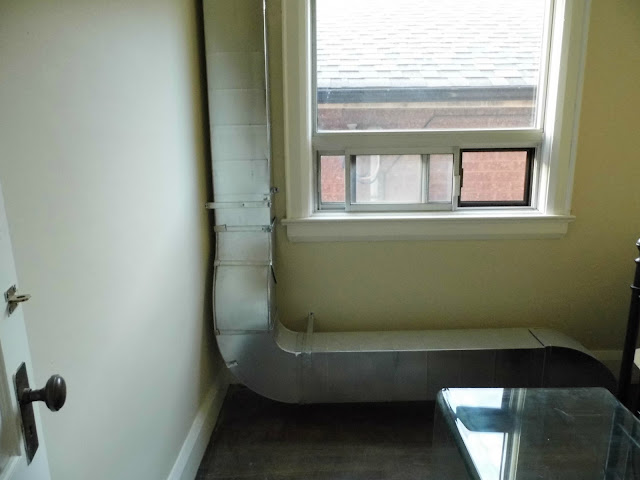 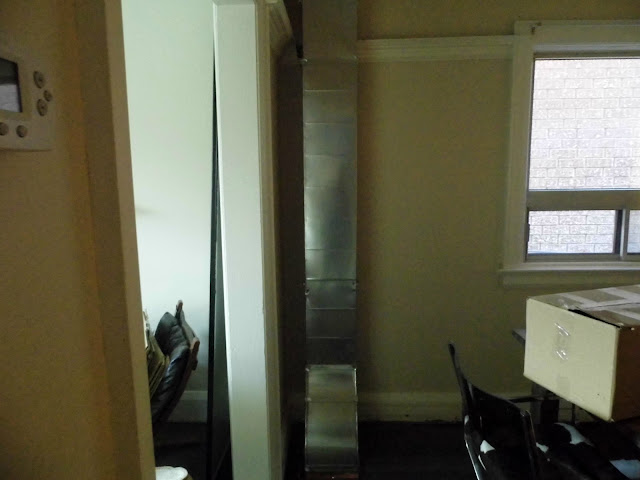 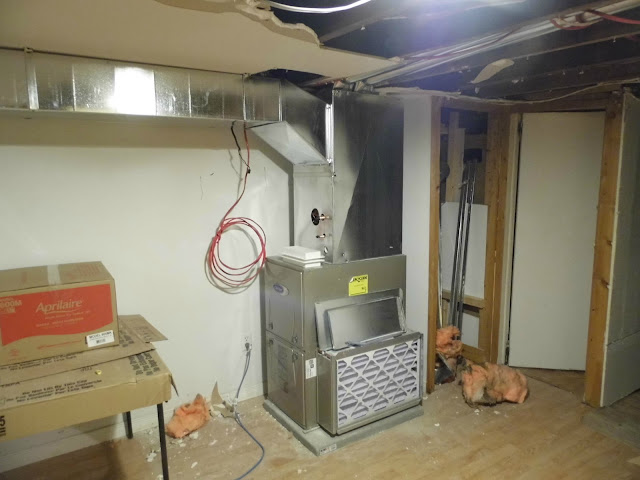 On Day 3, our AC unit appeared in our backyard and and the guys added the ceiling vents on the second floor. 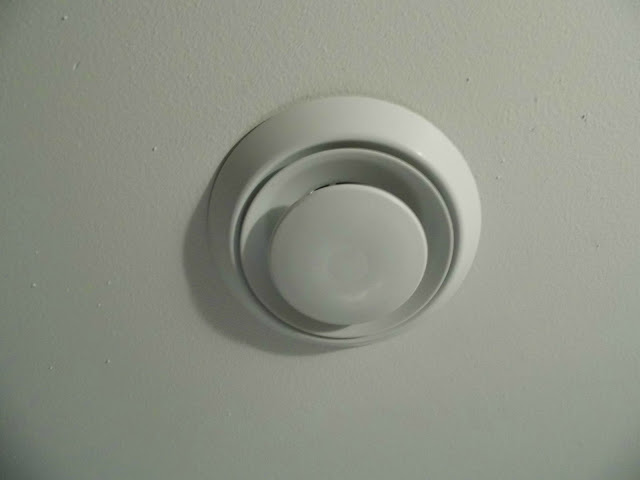 The best part is the end result.  I wouldn't normally expect to need heat in May but from now on, we'll be toasty warm in the winter and refreshingly cool in the winter.