Hi and welcome to Fresh Coat of Paint!  With so many big changes in 2014, I wanted to start 2015 with a new About page, but if you'd like to take a look at the old one, you can still find it here.

I'm still surprised and a little embarrassed that people actually read my blog, and I still blush when I get emails from readers.  I began blogging as a part of my social media business strategy.  You see, I'm a real estate broker in Toronto and back in 2011, blogging was becoming a more popular way to market real estate services.  There were two problems with my real estate blogging:  The first problem was that nobody besides my most dedicated clients and Realtor friends actually wanted to read it.  The second problem was that, while I absolutely love working in real estate, I work long hours and would prefer to write about a different passion in my off-time.  I began writing more about my life, relationships, home renovations and craft projects, and so, my blog, as it is today, was born.

I try to write the way I speak, so I'm often quite casual and I refer to my family a lot.  I live with my husband, daughter, two retired greyhounds and a former barn cat in a tiny-but-perfect semi in a Toronto neighbourhood.  Here's a brief overview of how we all came together.

Corey and I met in 2006 when I was (sort of) his boss at a popular Toronto summer camp.  Back then, I was really young but he was five years younger and neither of us expected our relationship to become much more than a summer fling. 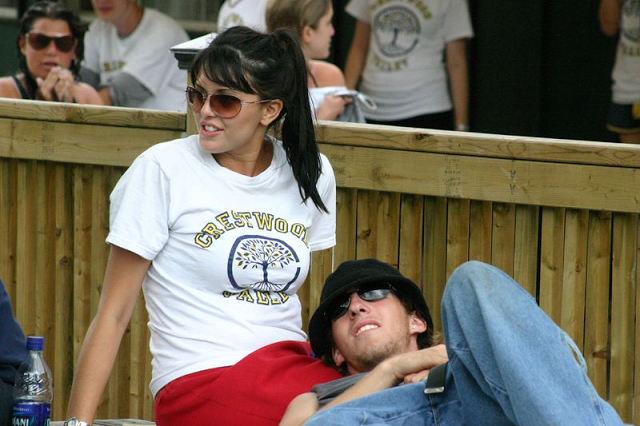 But boy, were we wrong!  Four years later, Corey was finished school and ready to move in with me. 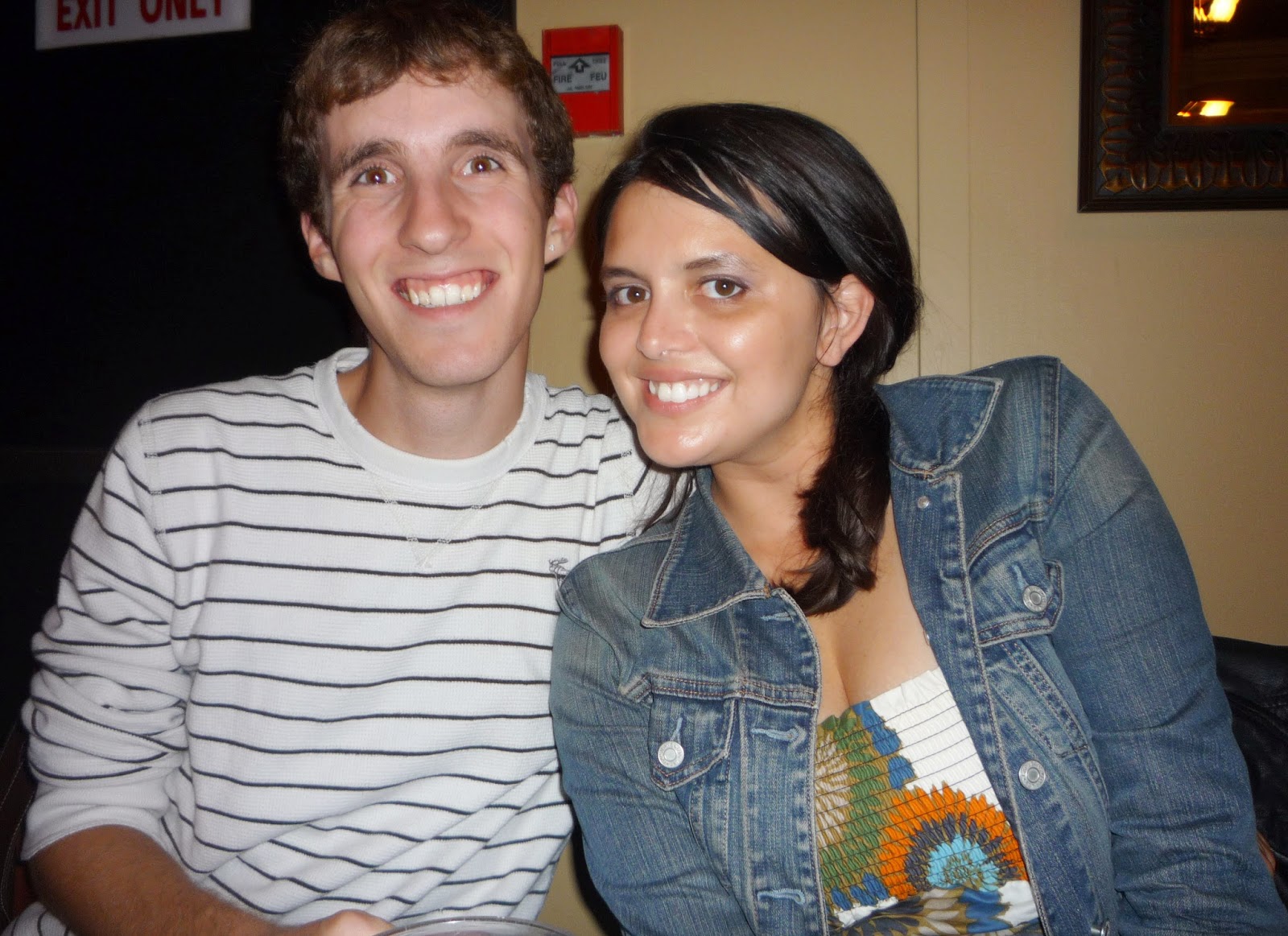 I ended up buying an old but spacious condo, and Corey renovated it while I shopped for vintage furniture to decorate it.

Unfortunately, our condo experience wasn't great and I actually blog about the drama and some of the characters we encountered there.  I spent some time there as the President of the Board of Directors improving the Condo Corporation, and a few years later, we sold our unit and bought a cute little semi that needed some TLC and a family to love it. 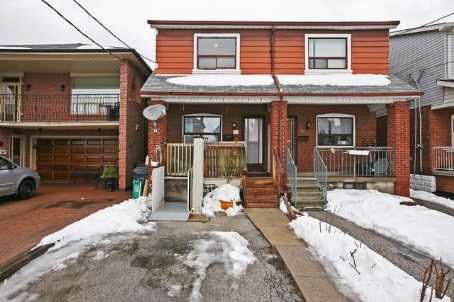 Somewhere in all this, between the condo and our new/old house and all the renovations (which are still in progress) we adopted two retired racing greyhounds.  First, we adopted Barkley (right) who is a little shy with strangers but the most loving dog at home.  He is lazy and old and has no patience for the antics of other dogs.  A few years later, we met Cheetah (left) who is energetic and affectionate and will lick the face of anyone he meets.  He was so sweet that he even won Barkley over.

Once we were finally in our dream house, we decided it was time to get engaged.  We finally had almost everything we wanted so we began planning a DIY wedding.  I was touched when Corey suggested engagement photos on a bridge he would pass on his way in to Toronto to see me during the first four years of our relationship when he was away at school.  He told me that he would text me when he saw this bridge to tell me he'd be at my place in half an hour.  For four years, seeing this bridge meant that he was almost home.

A few months before our wedding, we (crazy people that we are) decided it was time to add to our family.  We began trying for a baby and were pleasantly shocked when our (ahem) efforts were rewarded right away.

I was nearly six months pregnant (and hugely swollen) when we tied the knot at the very same summer camp where had first met eight summers earlier.

After a difficult pregnancy, we were rewarded with Rudy, who runs our house and has more personality than we could have hoped for!  She is our tough little bug and our wump of a grump!  We are so lucky to be her parents.

We are completely and hopelessly in love with her so I'll add a few more photos for cuteness... 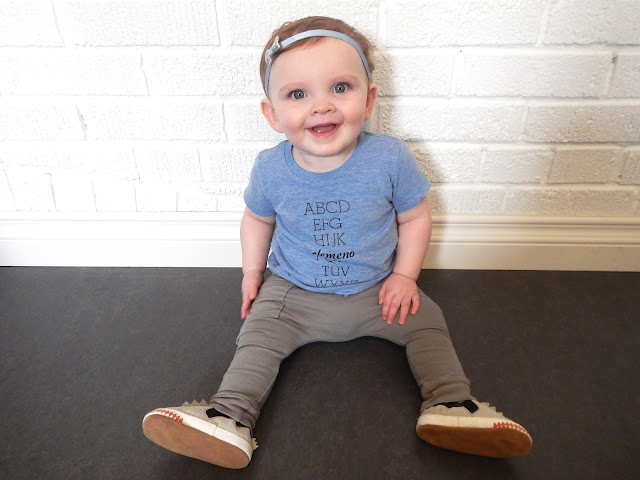 Then one day as Rudy had graduated from baby to toddler, we decided to adopt a cat.  We call him Cricket and he soon became Rudy's best friend and the Alpha of the dog pack.  Here he is below. 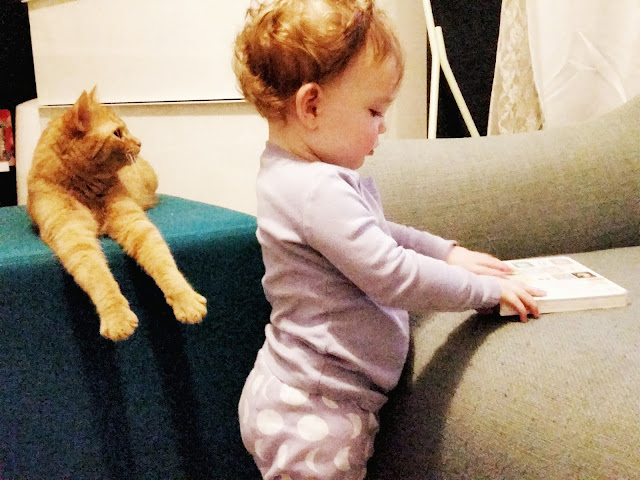 Just when things were calming down, we fell in love again... with another house!  By then, our semi was no longer in need of TLC because we had made it beautiful and comfortable... But I think we were in need of a new project and maybe a little more space.

We sold our cute semi to another young couple who reminded us a lot of ourselves a few years earlier...

... And we bought a charming detached home just a few minutes away.  It's bigger and there are lots of projects to keep us busy for years to come! 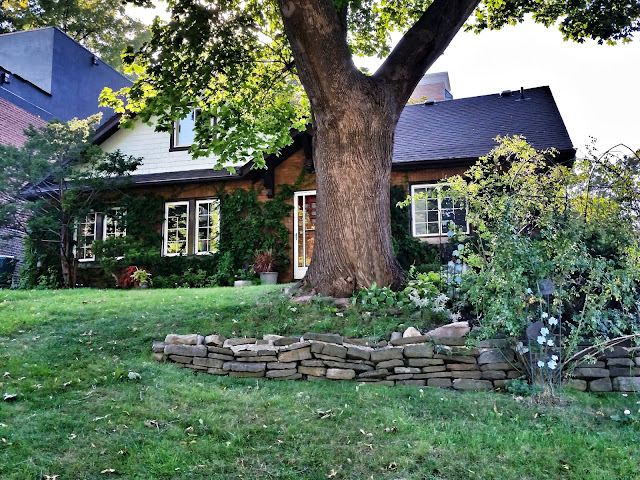 There was still another twist in store for us because we discovered (on the day we picked up the keys to our new home) that we were expecting another baby! A sister for Rudy will make our family complete and we can't wait to meet her this summer!


And that is how we became a family of six... soon-to-be seven (Yes, we count the pets!) just a little over a decade after Corey and I first met.  Sometimes life happens all at once, which has been the case for us.  Our first six years together were fairly uneventful but, once we decided we were ready to take the next steps, we cleared all the stairs in a couple of leaps!  Between moving, renovating, a wedding, new dogs a busy toddler, a naughty cat, another new/old house and now a new baby, the past few of years have made our heads spin.

... But we wouldn't have it any other way!  We love sharing a glimpse into our lives.

Thanks for joining us on this wild ride!