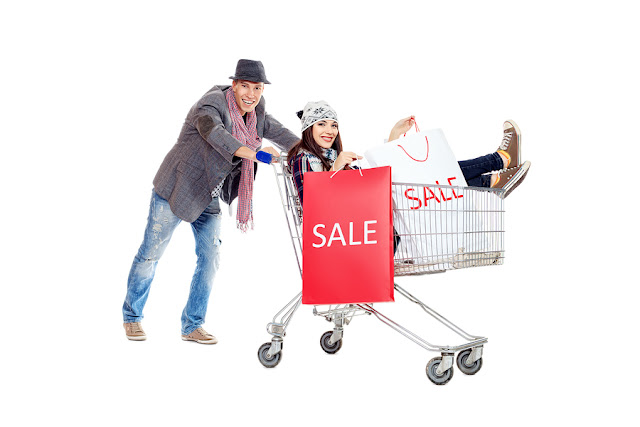 ... And all we got was this lousy t-shirt... Just kidding... Although it would be awesome if they made t-shirts with the "Midnight Madness" logo and some tears in the sleeves and scratches from all the people shoving you in the store.

Remember this post where I hypothesize that people probably break up in Ikea?  Well, imagine how surprised I was to find us there at 8:00 on a Friday night surrounded by CROWDS of zombies frenzied shoppers.

Luckily, we escaped nearly as happy as the couple in the above photo but I was still shocked at the phenomenon that is Midnight Madness.  Let me tell you about it:

They offer a very few items on sale (and the sales are GOOD) but the rest of the stock is regular price.  They keep their doors open until midnight and basically watch the people scurry around like rats in a maze.  You see, it's impossible to walk through Ikea and not buy something.... Impossible!  It's almost as if the you feel like you deserve some sort of consolation prize for finding your way out of the store!  Honestly, the marketing genius who came up with the concept of "Midnight Madness" deserves a raise: shopping late at night is like shopping drunk.  Most of the people at the checkout were swaying on their sore feet and, like last call at the bar, they were pretty much ready to take anything home!

Corey and I had never heard about Midnight Madness, but my mom called me on her way home from work to give me a heads up.  There are a couple of big ticket items that I casually have my eyes open for and one of them happened to be discontinued and offered at more than 50% off.  So, with the promise of $2 plates of meatballs, I convinced Corey to join me at Ikea on a Friday night.

The masses were filing into the upper-level parking lot when we arrived (We didn't even know there was an upper-level lot) and we were a little surprised to discover that we weren't the only people who had heard about the sale... Silly, in hindsight but we hadn't given it much thought.  Anyway, we decided quickly that there would be no dilly-dallying in the kitchen section (this is our weakness) since we were in competition.  We had our eyes on the prize!

So we zoomed through Ikea at record speed.  I may have stopped once to admire a bathroom sink cabinet but a firm "Focus, Taylor!" from Corey kept me on track.  When we arrived at the product we wanted, there were already several other people buzzing around, but some teamwork assured that we found a sales associate and were served quickly... Without throwing a single elbow!

And what did we buy?  Well, remember our major lack of closet space and subsequent ClosetMaid system installation?  Here are a couple of pictures to refresh your memory: 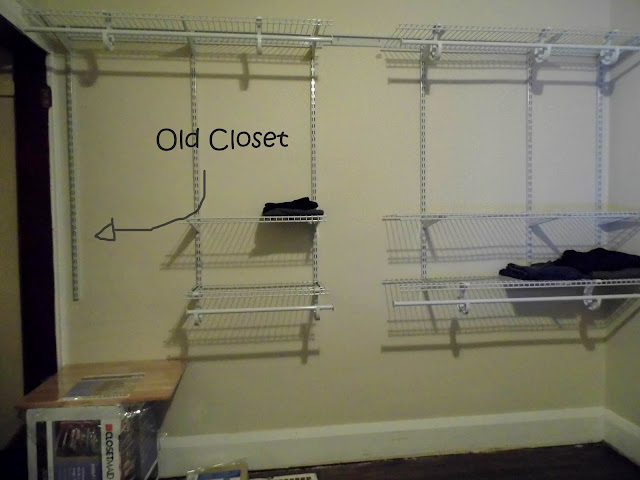 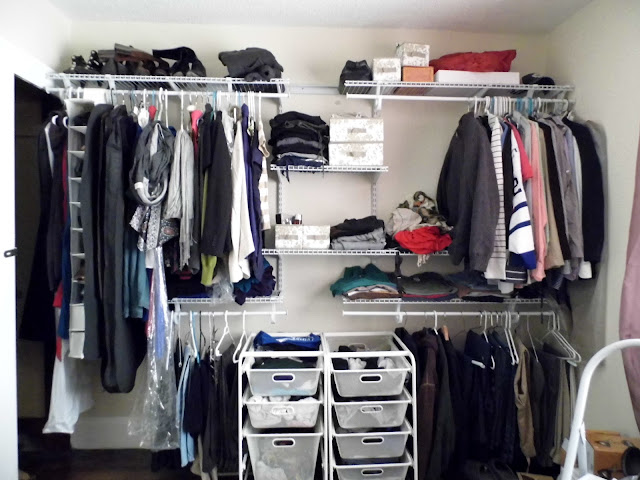 Well, you know what's an awesome feature to add to a closet?  Doors!  We had been thinking about sliding doors for a while and I know Ikea makes doors in a large enough size (we have high ceilings) but they were nearly $800 before tax.   Enter "Midnight Madness" and we were able to get the discontinued Pax Tonnes doors for $300!  This is how we felt standing in line:

So, what exactly did we buy?  Here's a picture of the HUGE doors (below) ... And by the way, you should be proud of me because I haven't made one bad pun about how much they weigh even though the product name is Pax Tonnes. 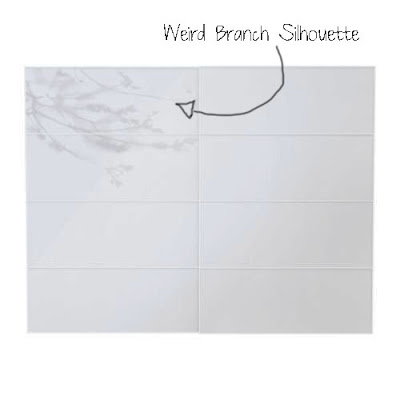 The branches weren't exactly our style but it wasn't worth the price to buy another set just so we could have 6 plain white panels.  I think we can make it work in the room though, so we're not going to worry about it for now.  We had assumed we would make our own sliding closet doors but Corey estimates that we would have paid almost as much in materials... and spend hours more in labour so we think we made the right choice!
I'll post some pictures when we finally get around to installing these but it's looking like the first two rooms we seem to be focusing on are the living room and the master bedroom so look for some updates soon.﻿