Inspiration For Our Non-Working Fireplace 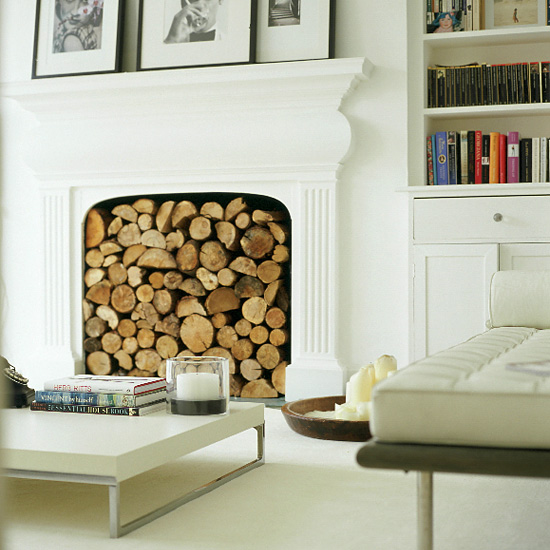 Last time, I wrote about getting rid of the gas fireplace and replacing it with logs.  You guys protested.  I listened!

For those who missed it, I posted about removing our ugly gas fireplace insert. 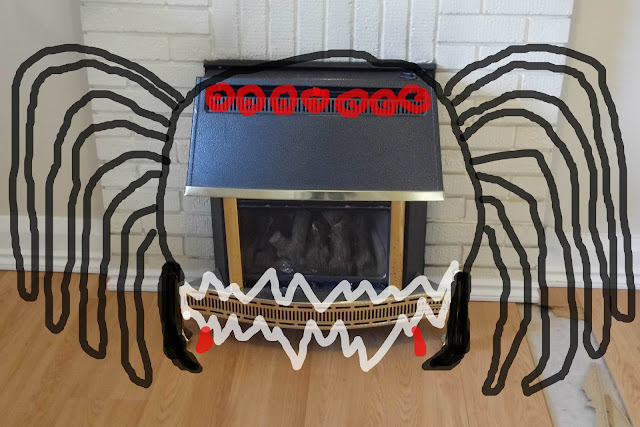 Well, it turned out that I hadn't really thought about what to do with the space and the damaged tile behind it so I suggested that I might try to create the illusion of depth by sticking some fake logs in it, a la (top photo) this Apartment Therapy article.

I did acknowledge that the wood in the fake fireplace didn't actually make sense but I thought some wood accents would be visually pleasing in the space.

You guys HATED the idea!  Yikes!  Not only did I get comments on the post with some other good suggestions, but some of you emailed me privately to let me know that it was the worst idea ever!  Only one of you said they liked the idea. ;)

It made me second guess the concept but I didn't love any of the alternatives I've seen online like: 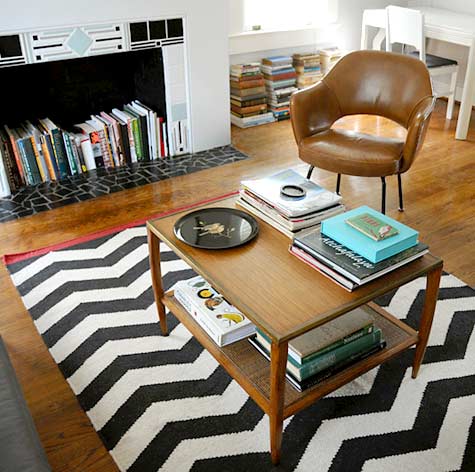 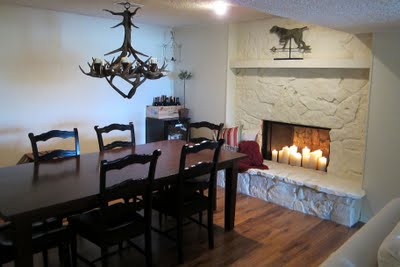 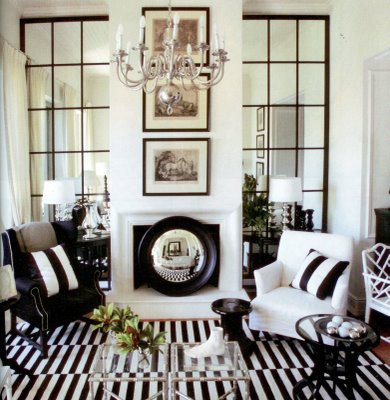 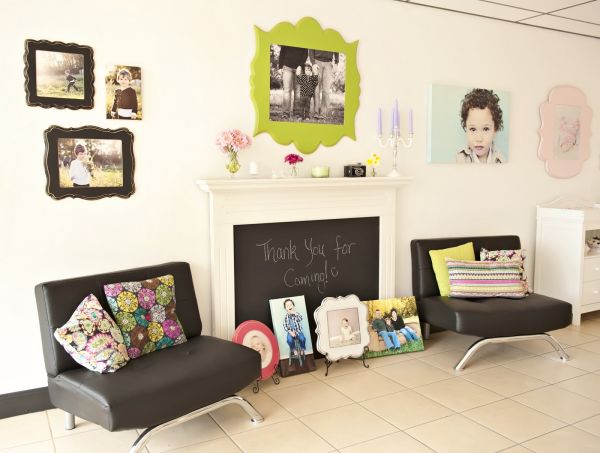 None of these matched our style so I decided to do our own thing.  I found this interesting diy table made from paint stir sticks: 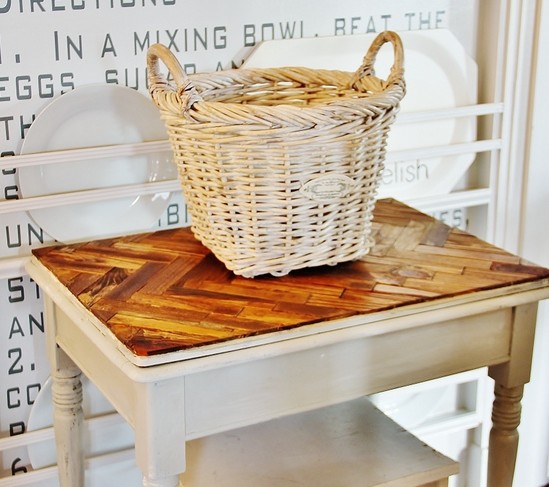 I liked it but thought the medium stain may show too much variation in the wood grain and detract from our new floors.  Instead, we opted for a darker stain and to add texture with different thicknesses of wood.  For this, we used shims (left over from another project) in place of paint sticks. 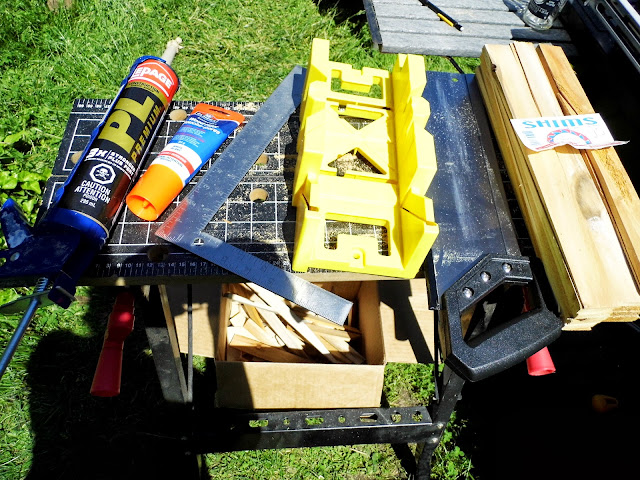 I cut the shims into six inch pieces to start and used a mitre box for the angles on the edges.  Corey ended up working on it with me and it turned into a really quick project.  I also varied the pattern to resemble chevron.  We glued each shim to a piece of plywood (cut to fit into our fireplace) with construction adhesive.
﻿ 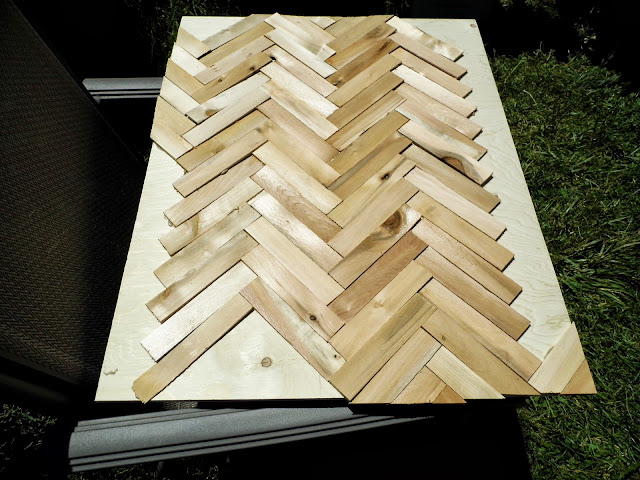 Here's a picture of Corey using the mitre box (aka my new favourite toy) for some of the angles. 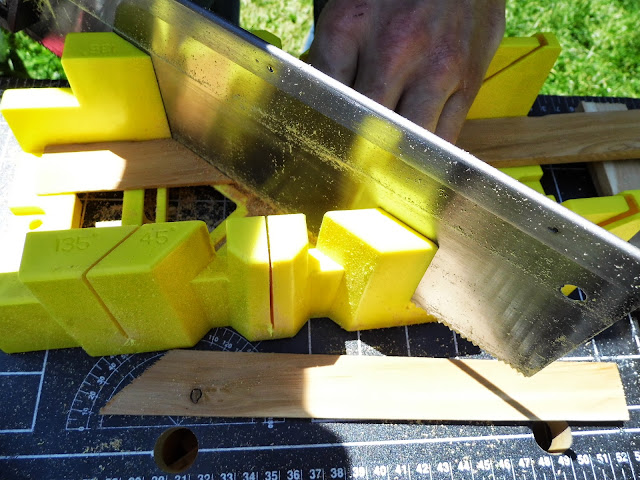 We used stainable wood filler to fill some of the largest holes. 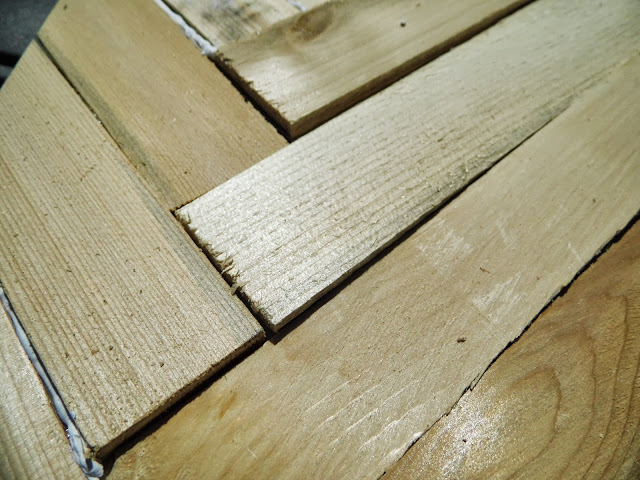 The finished product was so pretty that I almost debated choosing a lighter stain.  I decided to stick with dark though to keep the look subtle.  After we stained it, we mounted it to the wall using construction adhesive. 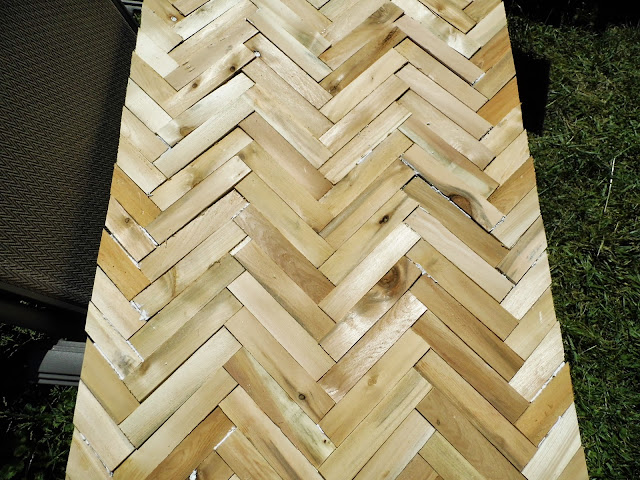 Here's the fireplace before: 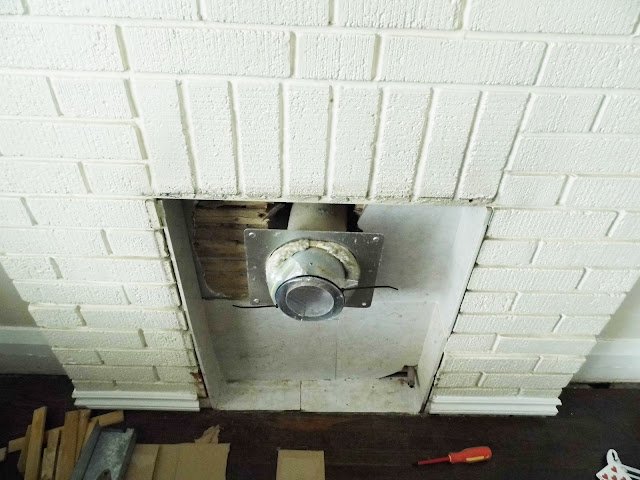 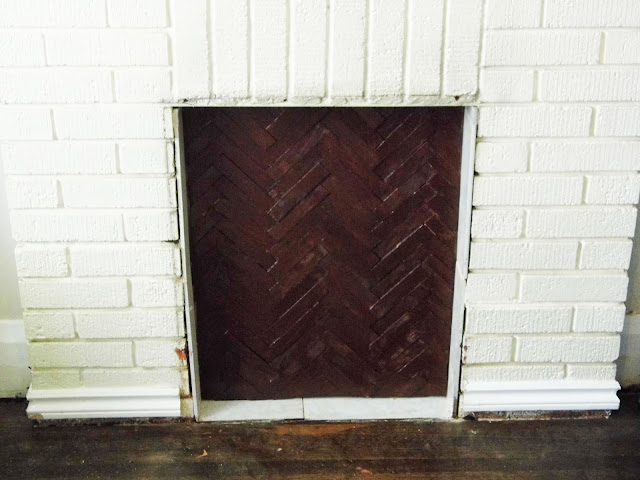 The brick could use another coat of paint but we like this textural wood background and we plan to lean art against it like this: 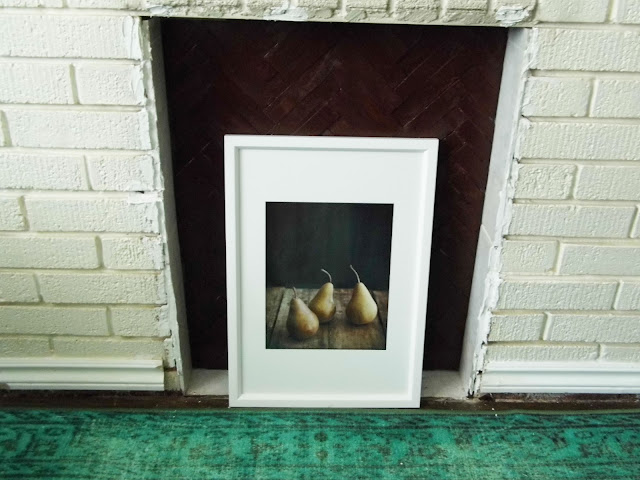