A Few Small Changes to our New/Old House... 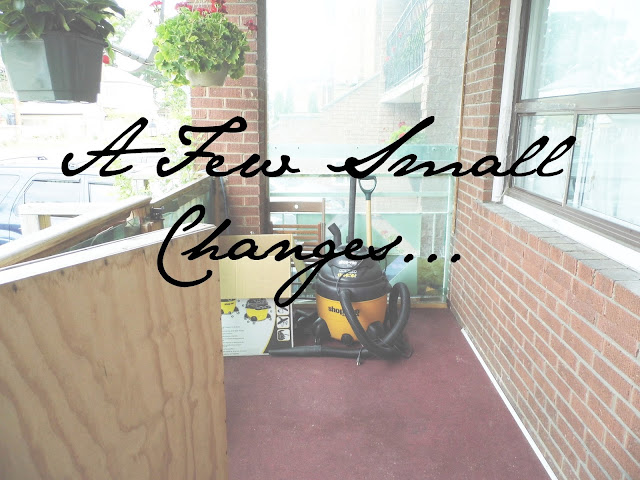 It may seem like we haven't done much work on the house this week, and that's partially true.  We've both been busy at work and we're still adjusting to having a foster dog around the house.  Honestly, most evenings, we've just wanted to spend some time enjoying our new patio lounge set and unwinding.  Still, Corey's been tackling some smaller projects on evenings when I've worked late.

The first is the porch.  We still hope to enclose it properly one day to give us a mud room but, during our renovations, it tends to become a dump site for all our debris.  Remember what it looked like before our last trip to the dump?

Well, it wasn't THAT bad, but enough junk had piled up that Corey decided to rent a truck and head to the dump again! 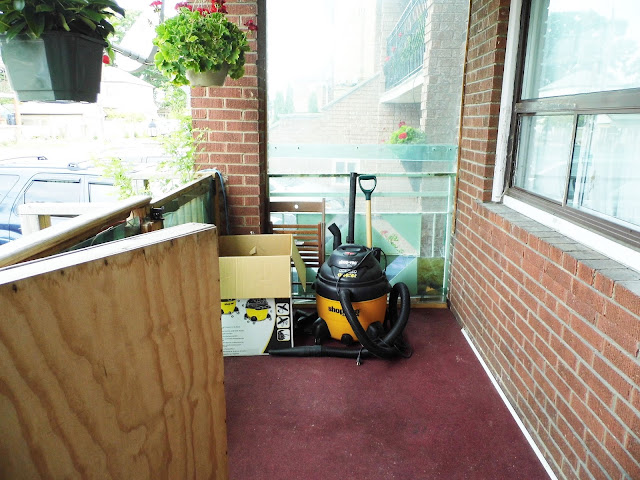 It's still not perfect and we hate that red carpet but my mom brought us some hanging baskets to spruce the place up and at least it no longer looks like we're hoarders.
Next on the agenda was our upstairs toilet.  We're going to be renovating the washroom this fall but the toilet had started to leak a little bit, and you know we're pretty paranoid about toilet floods after the incident in the condo... So we decided to install a new toilet now and just move it again in the fall when we gut the bathroom. 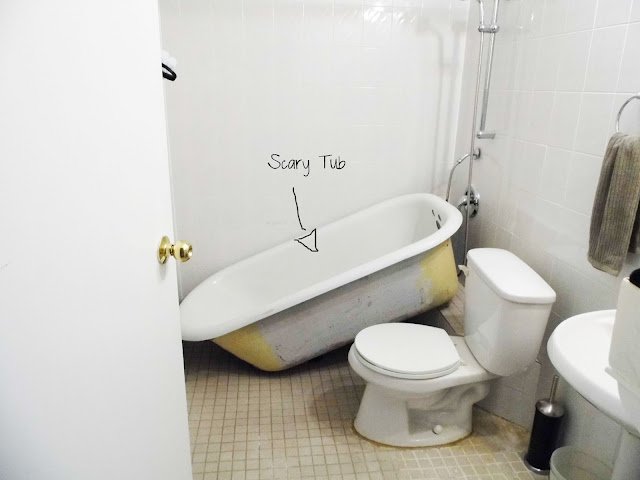 My dad actually found this floor model for us... on sale for $25!  Who doesn't love a $25 toilet?  Anyway, the tiles are still grody and the tub is still balancing precariously on that ledge but at least the toilet is new... and gorgeous!
﻿ 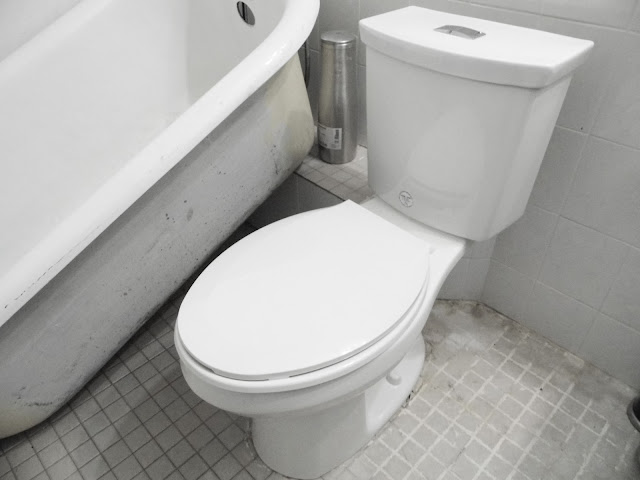 So gorgeous, that I almost want to sing to it... In Barry White's voice:
We got it together, didn't we?
We definitely got our thing together, don't we baby?
Isn't that nice?
I mean really, when you really sit and think about it.
Isn't it really, really nice?
I could easily feel myself slipping more and more away to
That simple world of my own...
Nobody but you and me.
We got it together baby.

Our washroom is still a FAR cry from some of the inspiration images I'm collecting like this one: 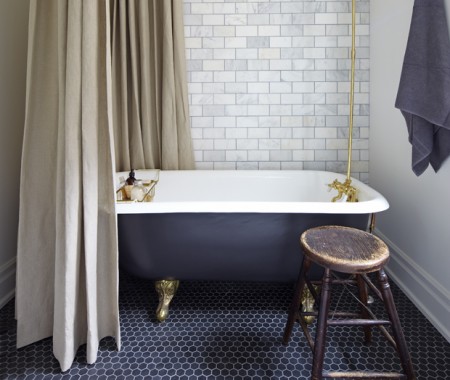 ... But at least the toilet works!  Also, since the flush mechanism is on the top, Corey is thrilled that at least this one toilet will be safe from my Sink Positive obsession!

The last little addition to our house was this bright painting, which I discovered at The Elegant Garage Sale, which is near my office.  It was only $10 and the professional framing alone would have cost much more than that.  It also happens to work well with our living room colour scheme. 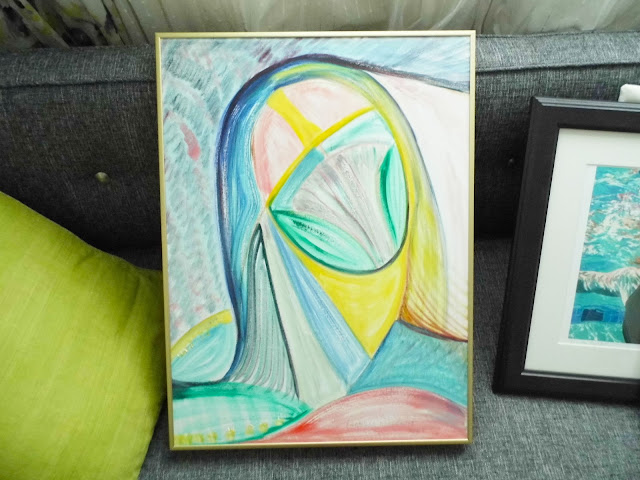 I was trying to figure our what it's supposed to be.  I initially thought it looked like a cross between a Madonna and a praying mantis... I didn't mention that to Corey, since he has already expressed concern at my affinity for weird art.

Luckily, the man who sold it to me suggested that it reminds him of the album cover for Layla and Other Assorted Love Songs by Derek and the Dominos. (aka: Eric Clapton, Bobby Whitlock, Carl Radle, Duane Allman and Jim Gordon)

That's probably an easier sell for Corey, right?  I suppose we'll call her Layla.  What do you think of her?  I'm thinking of building a gallery wall around her. 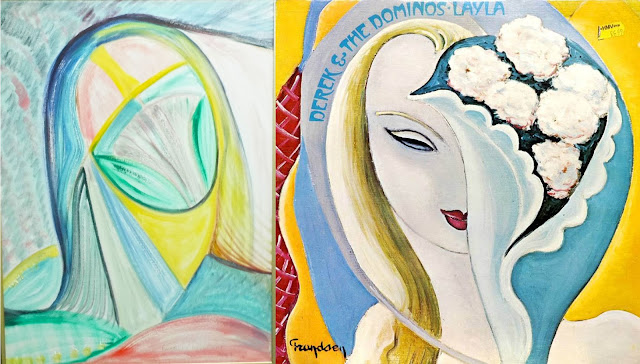