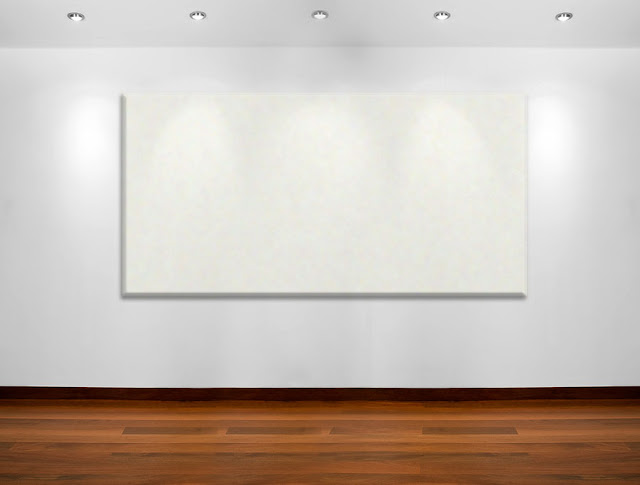 While we seem to be purging as much as possible in preparation for our move, I am not opposed to acquiring a few new things as well.  One of our very dear friends and neighbours happens to be a talented artist and has very generously offered to give us an oversize painting for our new house.

As an art lover, I am so thrilled at the thought of having a custom work from a talented artist and, of course, I wanted to begin planning it immediately.  Our friend Jo is also a former member of my condo board and we worked together (along with the help of a few other friends) to make our building a better place.  I told Jo that I wanted the painting to reflect some of the challenges we faced and to serve as a reminder of how we were able to rise above the nonsense and accomplish a great deal.

Now, Jo understands my love of "weird" art and she knows that my sense of humour tends run slightly sarcastic.  She and I were on the same page almost instantly!  In fact, our wild ideas were only kept in check by my very reasonable boyfriend, Corey.   Here's our conversation, which I will preface by reminding you that I am a lover of all animals, including rats.  Any mention of dead animals is meant to be symbolic in nature:

Me:  "So Corey... You know how I wanted a large scale piece of artwork for the living room of the new house?"

Corey:  "Etsy again?!  What did you find and how much does it cost?"

Me:  "No.  Actually, Jo has offered to paint us something for the now house.  I'm so excited!"

Me:  "No, I don't think I could deal with a giant nude painting in the living room."

Corey:  "Well, in that case, I'm sure anything you choose is fine.  I trust you."  Corey will regret saying this many times over the next few minutes.

Me:  "I found some pictures to send Jo as inspiration.  Did you want to take a look?"

Corey:  "Sure..."  He starts scanning through a folder on my desktop and his brow begins to furrow.  "Ummm.... is this a joke?"

Corey:  "What is the DEAL with people who have animal heads???"

Me:  "Okay, I get it!  Just keep looking.  I have so many different ideas there so I'm sure you'll find something you like."

Corey:  "And this woman with the horns???  Now THIS is seriously weird!"

Corey:  "No they're not!  These are definitely horns!  I honestly hate this one the most!"

Me:  "Fine, they're horns but that was my favourite one!"

Corey:  "ARE YOU BEING SERIOUS?"

Corey:  "Because I REALLY HATE this one!"

Corey:  "Exactly!  This is my LEAST favourite!"

Corey:  "... Because I'm getting the impression that you think I'M the one being difficult here..."

Corey:  "But I didn't think you'd choose something so scary and weird!!!"

Me:  "I don't know what to tell you..."  Corey resumes his search for a non-creepy inspiration painting.  A long silence follows.

Corey:  "Now THIS one is a little more normal.  I think I could live with this one."  Corey has finally paused on a painting of a woman (from the shoulders down) in an evening gown.

Me:  "Well... I hate to say this now but..."  At this point, I can't tell if Corey is going to laugh at me or send me to a padded room.  "I marked that picture because I love the use of colour and light but I had hoped Jo could paint the woman holding a couple of dead rats by the tails..."

Corey:  "Dead Rats?...  No, Taylor!  Absolutely not!"  Corey is actually half laughing but I can tell he's losing his patience a little.  "Why can't you just choose something normal???  The dead rats are offensive!"

Me:  "Who do you think will find them offensive?  They're symbolic!"

Corey:  "EVERYONE!  They are offensive to everyone!!!  Animal lovers, animal haters, rats in general, art lovers...  I don't even know what this is supposed to symbolize or why you like this idea so much!"

Me:  "Because I love weird art and if I have to explain the symbolism.... Just never mind!  ...What if she's holding something other than dead animals?"

Corey:  "Is it live animals or blood or something weird like that???  Because, if it is, my answer is NO!"

Corey:  "Nothing with antlers?"

Me:  "Nothing with antlers!"

So I called Jo and explained our final compromise after sending her the painting we had used as inspiration.  Here's what she said:

Jo:  "I love that painting!  It's so elegant:  I think we can do a lot with this concept!"

Me:  "I'm so excited!  I'll confess that I initially wanted her to be holding a couple of dead rats by the tails but Corey said no."

Me:  "I know you do, but Corey's more traditional."

Jo:  "But it's seriously too bad we can't use that concept... What if the rats had human faces?"

Me:  "I'm pretty sure Corey would hate that idea.  We settled on her holding a fox mask."

If only Corey knew how much restraint I had shown.  I should probably be grateful to him though.  I'm sure many years from now, we'll look upon this conversation as the moment Corey saved our future children from years of nightmares caused by the "scary" painting in the living room.

For now, I'm excited to see what Jo creates for us and I'll post photos once she's finished!  I have no doubt that it will be a masterpiece... even without horns or rats!

What do you think?  Are you a normal person who likes weird art?