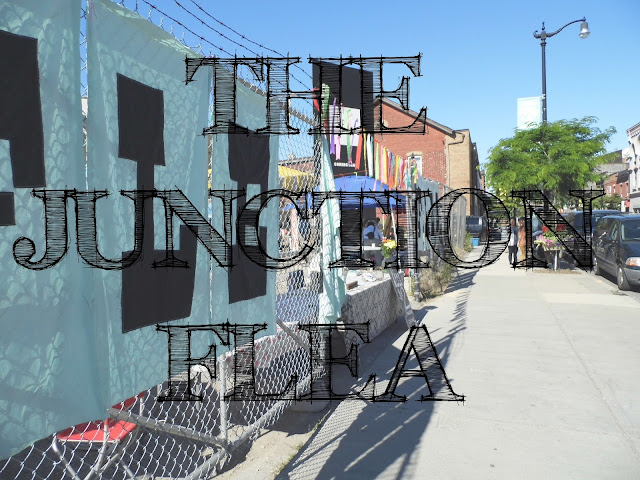 The Junction Flea  was open today and, after a last minute change in work plans, Corey and I decided to take Barkley to one of our favourite Toronto neighbourhoods!  We both had to work later in the day, so it was a quick (under an hour) trip, but it was a beautiful day and a fun little outing.

They had a nice selection of vintage goods, clothes, housewares, and we were even greeted by a display of fabulous rugs at the entrance.  I didn't take many pictures, but overall I'd say it was much better than The Parkdale Flea  (which I found to be a little disappointing) but only about 1/20th the size of The Aberfoyle Antique Market in Guelph. 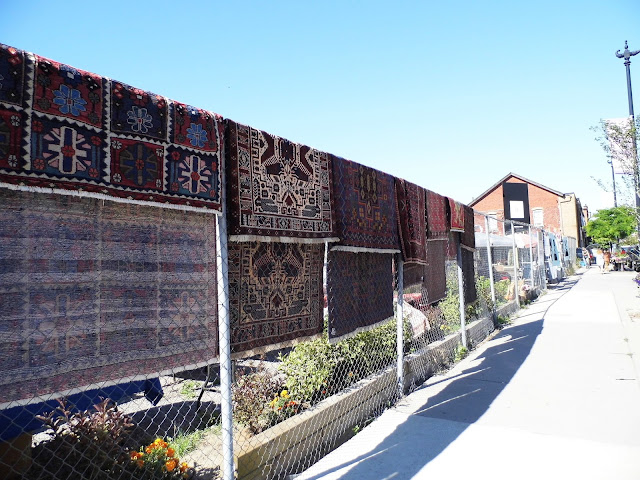 Barkley had a great time and managed to weasel pats and compliments out of half the people there. 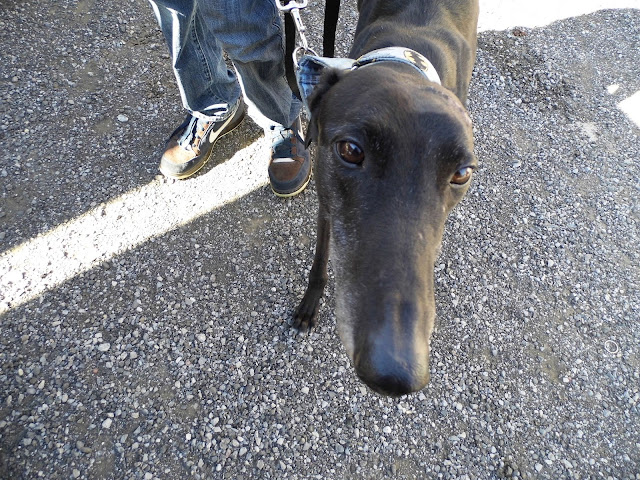 He even made friends with this adorable French Bulldog puppy!  We're pretty sure Barkley was saying "Are you sure you're a dog?" in this picture. 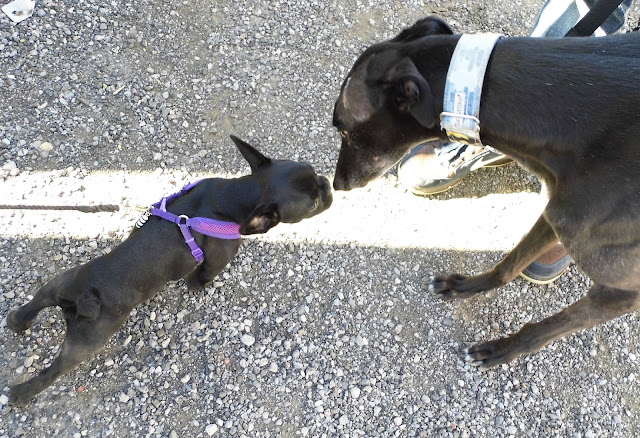 I expected to leave empty handed, but I was tempted by a piece of mid-century West German pottery with a lovely glaze and I brought it home for a good price. 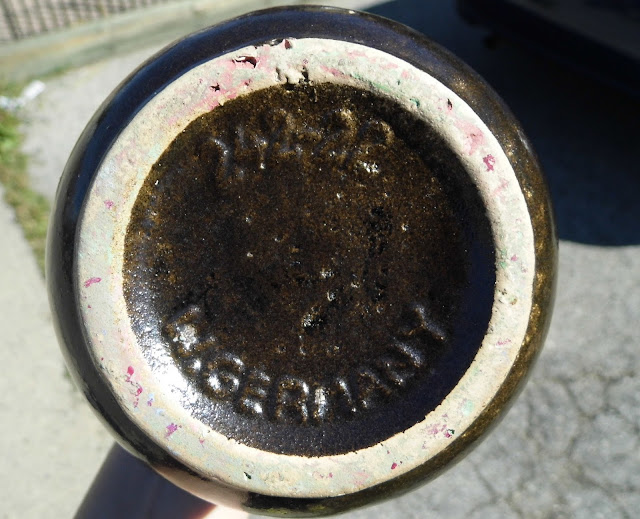 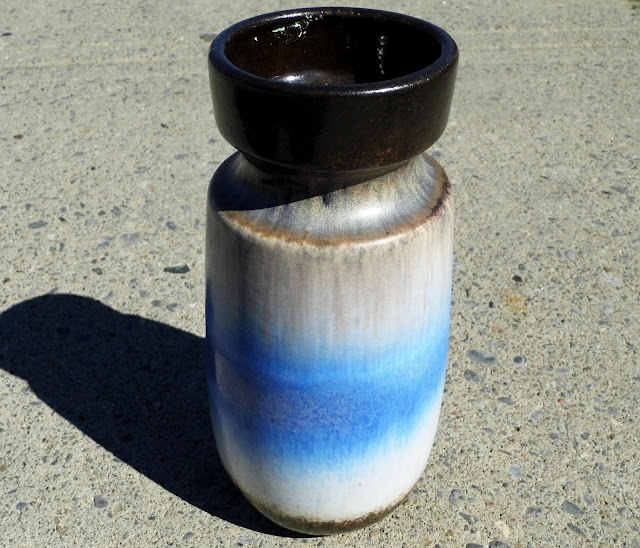 For information on the Junction Flea, visit the website.  The next date is September 8th.  See you there!