Our Goblet of Fire 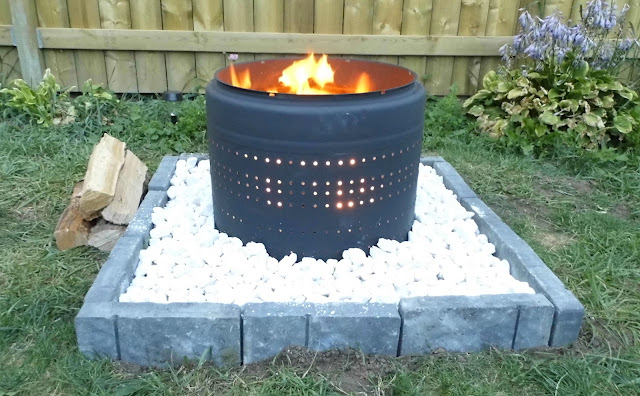 Sorry for the punny title.  I am a HUGE potter head (not pot head, mom.) and I'm ashamed to say that until I looked it up to link to this post, I secretly thought that I had made up that term.  I wish wish wish she'd write another so we could follow their children's adventures!  Okay, let's move this along so I don't unleash any more of my inner nerd on you.

What do you think of our ultra modern fire pit?  We think it looks kind of like a giant lantern and we LOVE it!  Wait 'till you hear that it was just an easy (borderline trashy) camping hack borrowed from House and Fig.  This hack uses the drum from an old washing machine!  It's brilliant because it contains the fire and has pre-drilled holes for ventilation!

Because I wasn't sure if fires were even allowed, I checked the municipal government website and found this little gem:

"Open air burning shall not be permitted unless approved, or unless such burning consists of a small, confined fire, supervised at all times, and used to cook food on a grill or a barbecue."

Great, so we will buy a grill for our fire and use it only to cook.  It's not a crime to also enjoy your cooking fire because it's pretty and warm...

Note: Because I'm also a bit of a nut, I also called the fire chief, and left him a message just to double check.  We also built a rock surround for the fire so that the heat would be insulated from the ground.  As a last safety rule, we never light a fire without a big bucket of water nearby.

But before we could do any of this, I needed to find a drum from an old washing machine.  I called a guy who repairs old appliances and asked if he had any washers that could be stripped for parts.  He happened to have one that he was throwing out and said I could have it if I threw him a couple of bucks for his trouble in removing it.  He even removed the agitator for us. 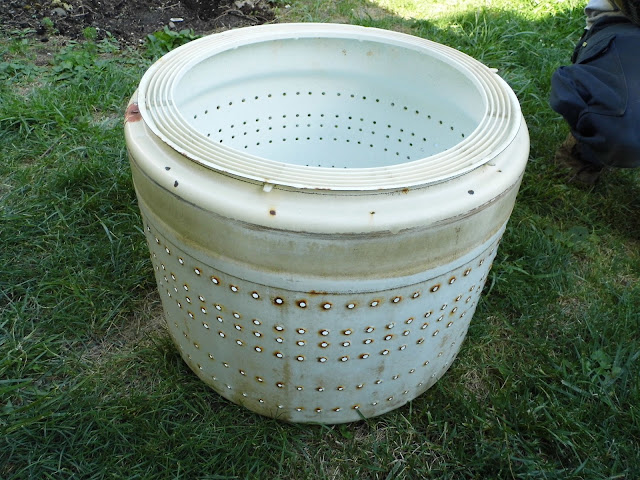 When we got it home, we removed any plastic and rubber pieces that were still attached. 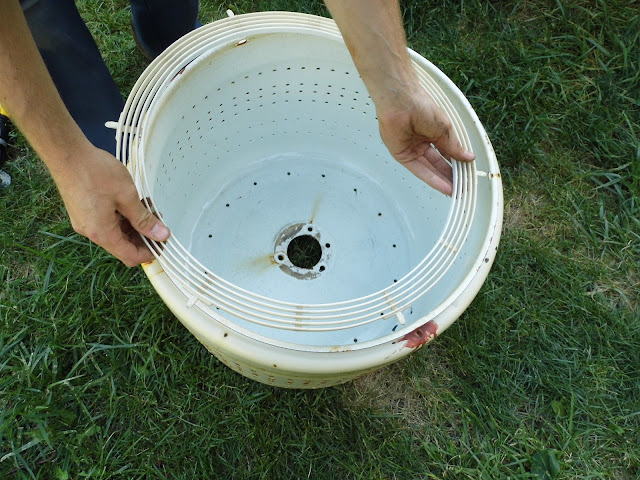 Corey attached a wire brush to his drill so we he could clean off all the soap scum and rust. 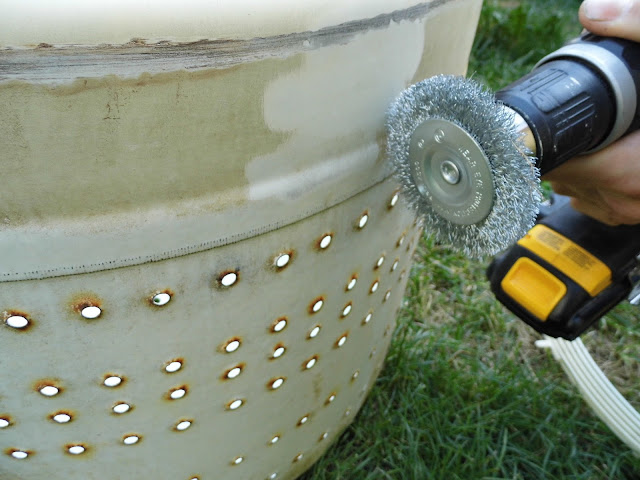 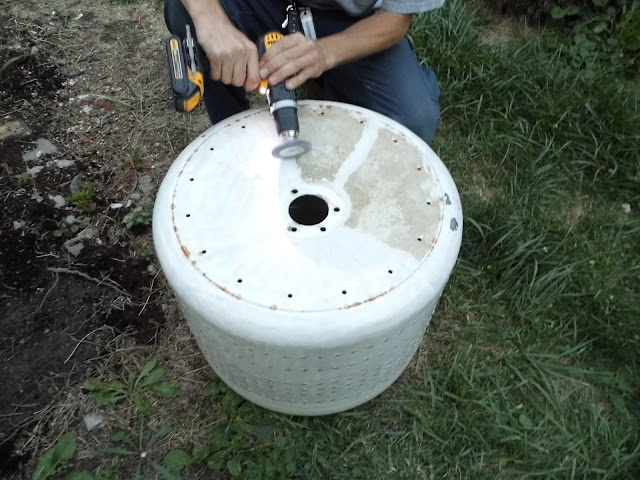 Once it was clean, we painted it using a high heat resistant spray paint.  Rustoleum says it can withstand something like 1000 degrees Celsius.  We chose matte black to match our new patio set. 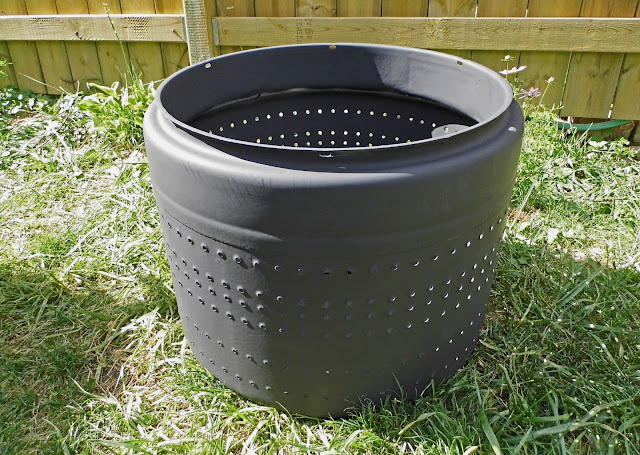 To build the surround, we bought some cheap bricks and some stones.  We measured all the angles very carefully and made very sure we were a good distance from our neighbour's fence.  Yes, I know our grass needs cutting.  We're getting to that... 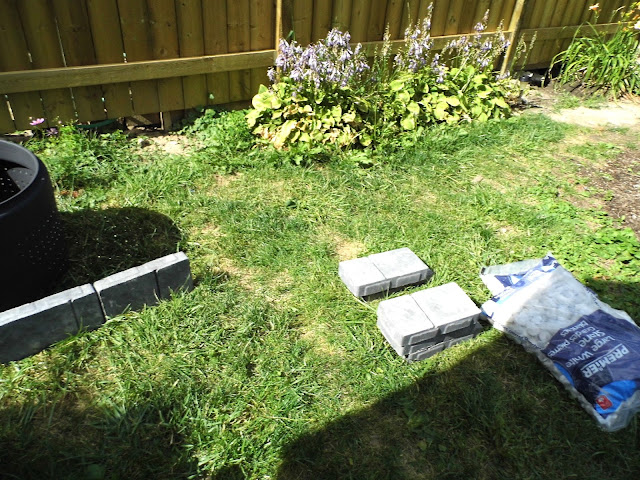 We sunk each brick a couple of inches into the soil.  We'll wait to see how the shift over time, and decide what to do then.  We made a conscious decision not to spend a ton of time on this.  This gives us the feeling that we could move the surround if we ever wanted to. 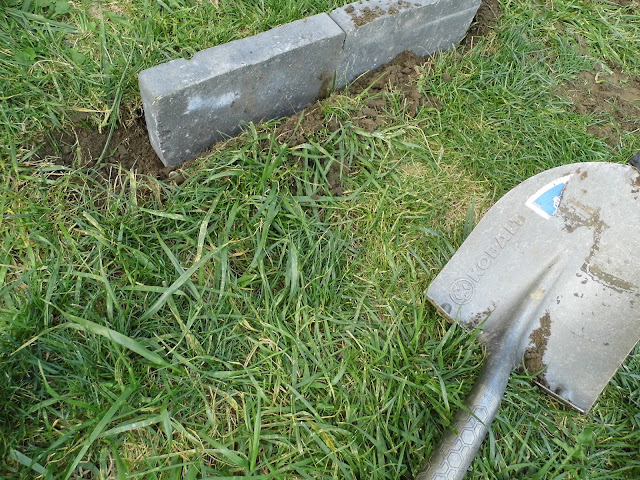 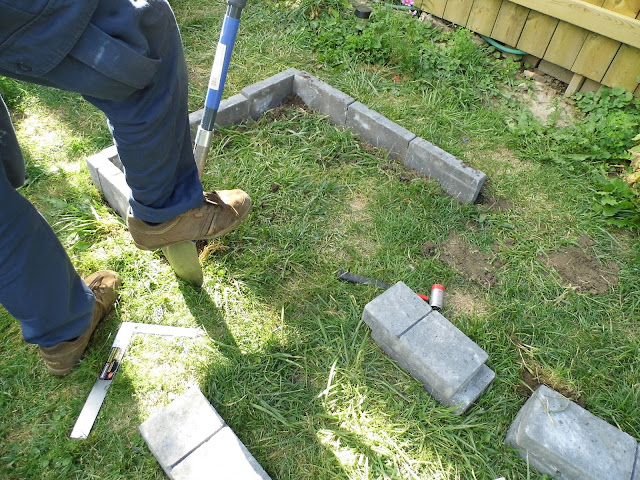 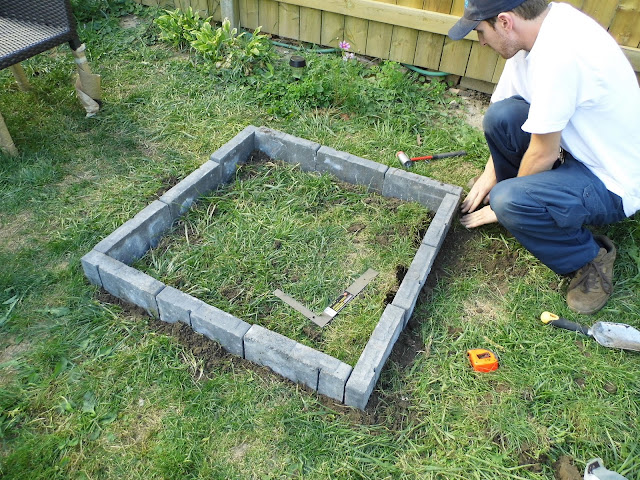 The surround is finished and it's time for the fun part: aka, filling it with rocks! 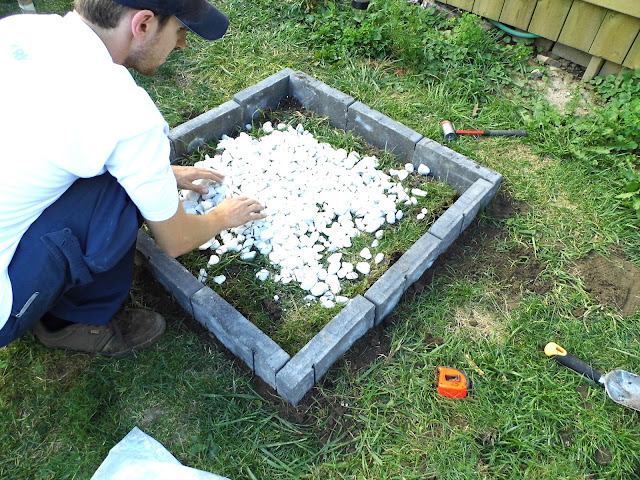 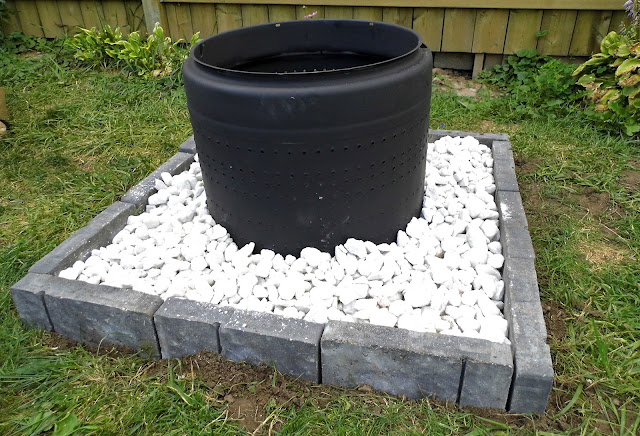 It looks ultra modern with out patio set.  What do you think? 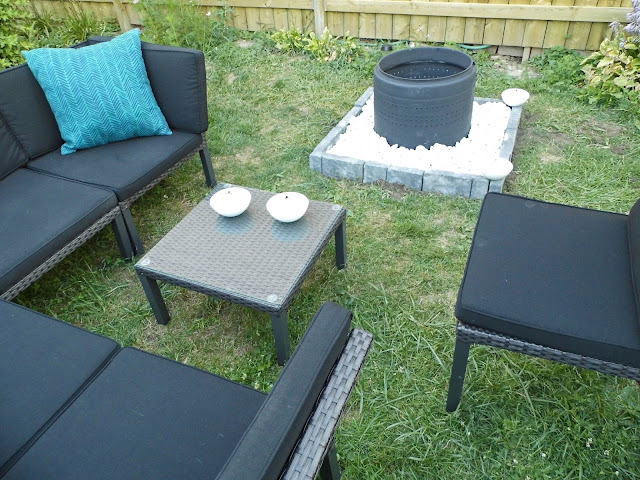 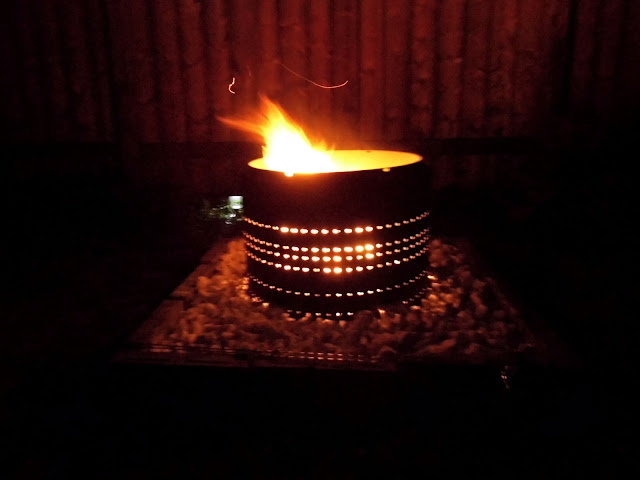 Who's coming over for s'mores?  It makes me want to find excuses to use it.... like this great party idea, which would make a fab engagement party if paired with cocktails...
Posted by Taylor de Sa at 8:41 am