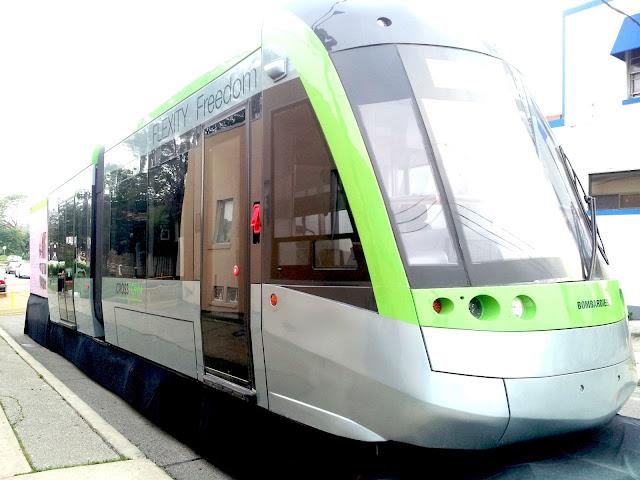 ﻿
While out for a walk, Corey and I came across one of the new LRT trains parked in our neighbourhood during a carnival on Eglinton.  We are very excited about the Crosstown Project (expected to be running along Eglinton by 2020) and it was actually one of the reasons we were so attracted to our neighbourhood!

Here's another look at the train: 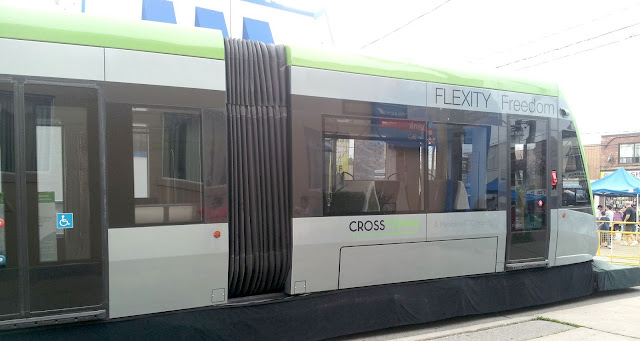 ... And here's the map of the full project as shown on the Crosstown website: 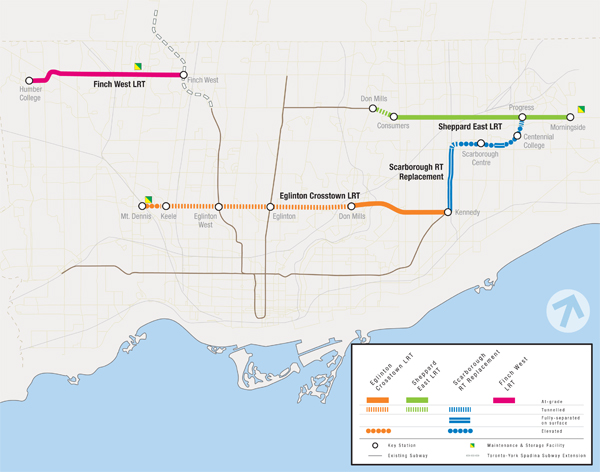 The downside is that we'll have to put up with years of traffic congestion along Eglinton (what else is new) as the machines named Dennis and Lea (after neighbourhoods Mount Dennis and Leaside) dig the underground portion of the line at a rate of ten to fifteen metres a day.
Who else is excited about this project?﻿