What's the Longest Thing in our Condo? 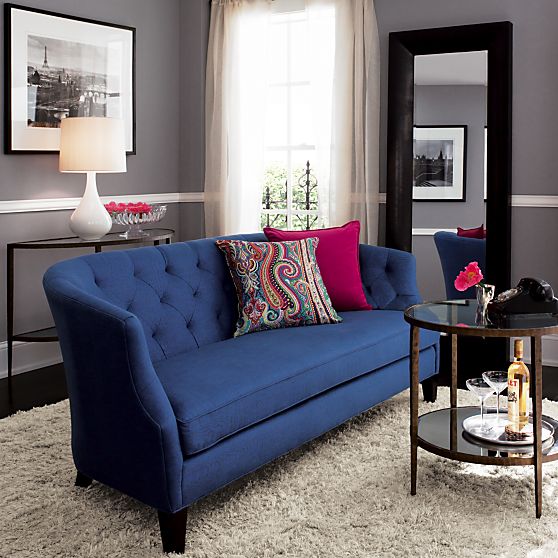 If you're reading this post because you think the title sounds like the beginning of a dirty joke, you can stop now.  No, I'm not referring to anything that belongs on a different type of website. ;) ... I was actually referring to our new, comically large mirror.

One of my best Craigslist secrets has always been to buy something unique (even if it's a little ridiculous) if the price is right.  That's how we ended up with the church pew (which was free if we could carry it... although the joke was nearly on us, since the thing is quite heavy!) and that turned out to be one of our favourite statement pieces of furniture.  Okay, maybe "statement" isn't the right word; I'm not exactly sure what "statement" it makes, but we're pretty sure it's not religious since one of us is Jewish and the other, a non-practicing Catholic.  Anyway, I'm getting ahead of myself.

I like a good deal and I love furniture that stands out.  That's how we ended up with a church pew, tons of smoked lucite, a bright orange chair, and now we can add to that, a comically large mirror.  "How big is it?" you ask.  Well, when this mirror sits around the house, IT REALLY SITS AROUND THE HOUSE!  But seriously, it's 93 inches long!

I've always liked the way an oversized mirror can make a small space seem more open.  The mirror pictured above is the beautiful Maxx Floor Mirror from Crate and Barrel.  While I love it, I just can't justify paying over $800 for it.  Most large mirrors cost over $300 but I've been keeping my eye out for something cheap since we really don't have any mirrors in the new house.  When this one appeared for $25, I pounced!

We drove to pick this up a couple of nights ago and it wasn't until we arrived and met the seller, that I started to get nervous.  He eyed our tiny Sentra and asked if that was the car we were planning on taking the mirror home in.  We said we hoped to take it home right away and that's when he reminded me how tall it was.  I suppose I had seen the listing and, in my haste to respond before someone else could snap up the cheap mirror, I forgot to notice the dimensions.  The seller explained that he found the mirror to be too large for his SUV!  Corey rolled his eyes as we brought it downstairs to try to squeeze into our tiny car.  Neither of them thought we could do it... Challenge accepted!

Well, we may have had to remove my headrest and drive home with our necks tilted to opposite sides, but we managed to squeeze it in.  Here's Corey posing with our giant mirror.

Note: This probably isn't something I'd want to try again soon.  At one point during the drive, I asked Corey if he thought the mirror would decapitate us if we were in an accident.  "Probably," he replied.  We drove slowly. 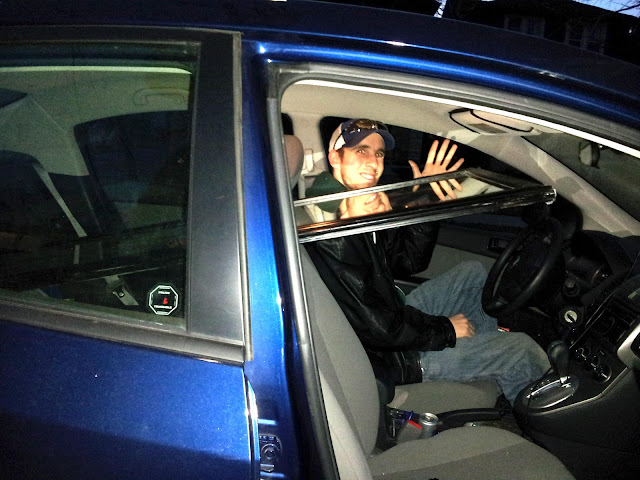 He's actually less happy about the whole ordeal than he looks to be in these pictures.  He thought I was pretty insane not to check the measurements.  He was right, of course but since the mirror did fit, I got to gloat a bit on the way home. 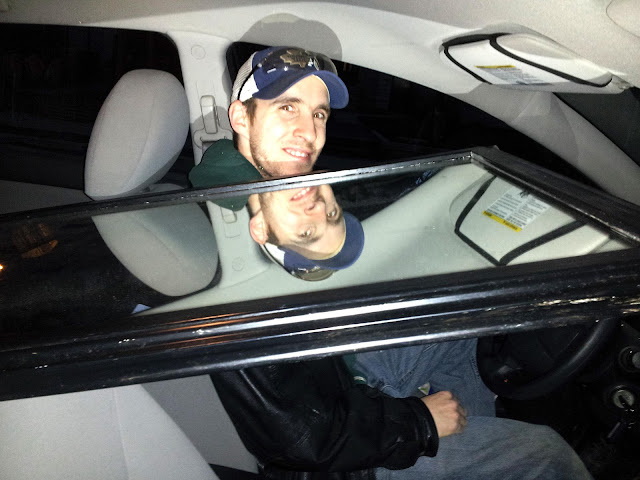 On the way home, Corey started to worry (along with all the safety concerns I mentioned above) about what would happen if it didn't fit in the house.  He's worried that the ceilings weren't high enough and his concern isn't unreasonable, considering the mirror is roughly half the width of our house!

I tried to convince him that we could always slap a fresh coat of paint on the mirror and flip it on Craigslist.  I had already planned to advertise it as the Mirror of Erised (for all the Harry Potter fans out there) and I was going to take a picture of us standing in front of the mirror and then photoshop jewels and tiaras onto our reflections.  I thought it was a pretty good plan.

Luckily, it fit in the condo.  This gave us some hope that we can make it work in the house. 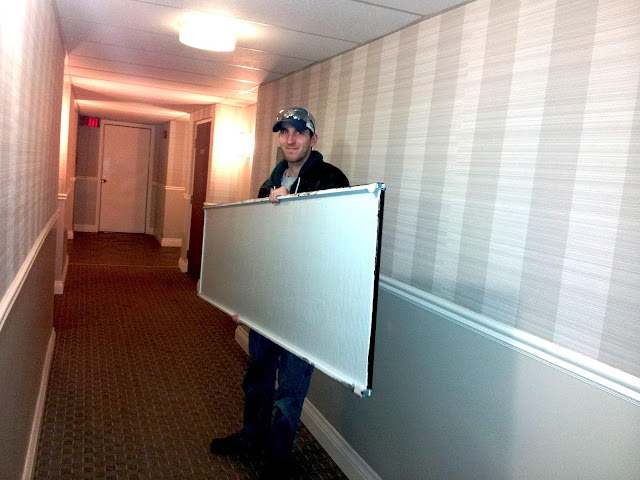 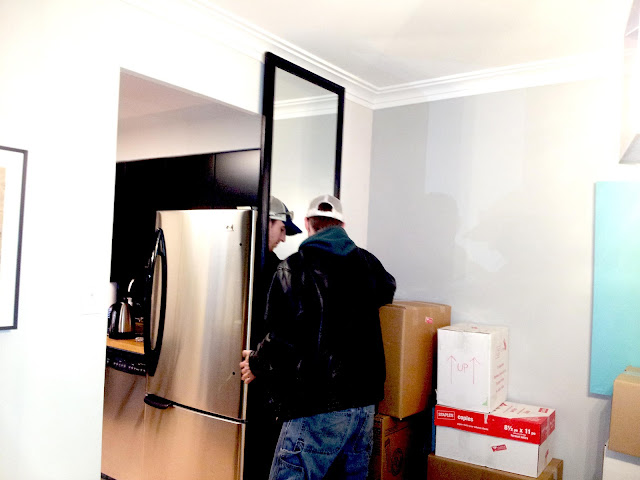 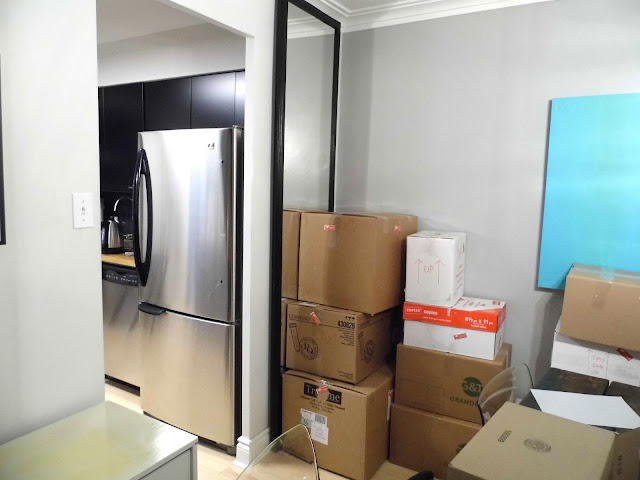 What do you think?  That's the actual height, by the way:  it is actually resting on the floor in the picture.  I think that with some paint, it will be a great addition to our next home.  What's the longest thing in YOUR home?  Wait, that sounded wrong.