Wait, I Have a Blog? 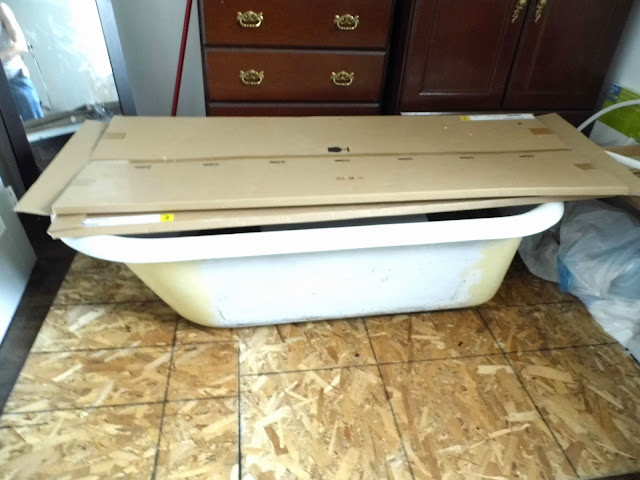 Hello and thanks for not giving up on me this week.  You're probably wondering where I've been but it has just been one of those crazy weeks that I sometimes have when the real estate market is busy in the spring and fall.  For the past few days, each time I sat down to compose a post, I wouldn't know where to begin and I would end up working instead.

Luckily, the writer's block is over and I am back and ready to update you (if any of you are still reading) on our news over the past week.

First of all, Corey has just started working for a new electrical company on a pretty high-profile site.  He's excited and he's doing some really cool stuff but any change is tiring, so he's been wiped by the time he gets home at the end of the day.

Friendly has left us to live with an amazing "forever" family.  They have a cat and a little girl and, while it was hard to say goodbye, we think Friendly is being lavished with attention!  As for Barkley: Let's just say, he liked Friendly but he seems pretty happy to be an "only child" once again.  He loves not having to share his toys or his treats.

We Okay, Corey installed our sliding closet doors!  Now that there's a little space, we have moved the tub (top photo) into the future nursery (Is it weird that we call it that?) so we can prep for our bathroom demolition extravaganza.  BATHROOM DEMOLITION EXTRAVAGANZA... Imagine that I said that in a booming monster truck announcer voice.  Or don't... you could also just forget I said that.... Which is probably the better option.  Anyway, we'd like to paint the tub at some point, but it weighs over 200lbs so I'll probably have to spray paint it where it is.  Corey and my brother have made it pretty clear that they're not going to be carrying it up and down the stairs a million times, so I'm trying to keep the moving to a minimum.  I think I'm going to have to "Dexter" the room (If you don't watch the show, I mean that I'll cover it in plastic.) and just paint it right where it sits. 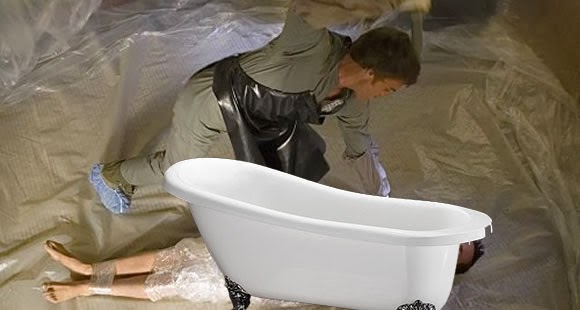 We enjoyed our annual Halloween date night at Canada's Wonderland for Halloween Haunt.  ...Unfortunately, it wasn't up to snuff this year and two of the three new attractions were not yet open.  It was disappointing.  We had to explain the situation to a teenage manager when we politely asked for our money back.  It was pretty awkward explaining how serious we are about both Fun-derland AND Halloween, and having to flash our seasons passes like we were some sort of dorky VIPs.  I actually began with the line "We're not angry, just disappointed."  He looked at us skeptically (probably because we were the only adults there) before refunding our money and having us escorted off the premises.  Talk about a walk of shame!

And finally, the real reason this blog has been silent: I fell down the stairs!  Yup, I knew this would happen eventually and I totally missed the top step and tumbled the whole way down.  I dropped my cell phone near the top so I couldn't even call anyone for help.  Luckily, I wasn't seriously hurt... but I'm very sore and had to stay in bed the next day, so I've been catching up on work.  I'm still limping around a little but I'm just telling people that I sprained my back twerking.

Oh well, we're adding a new banister to our list of things to do in the new/old house.  It was a painful but relatively harmless lesson.

I'll post pics of our new closet soon and we're pumped to start the real work on the bathroom!