WHO Let the Dogs Out? 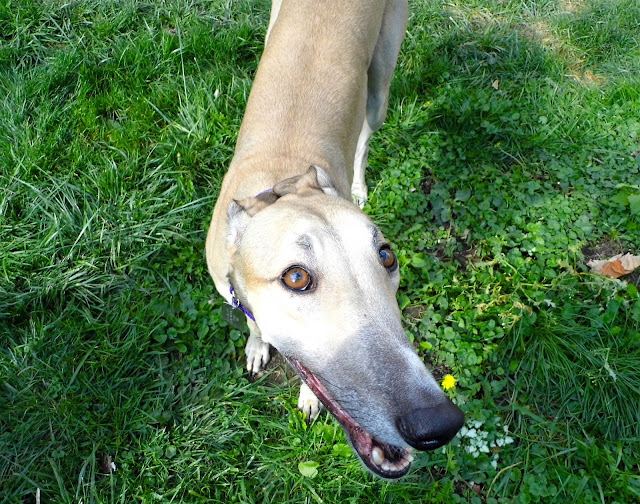 Meet Monty!  He's our newest foster greyhound and we picked him up on the weekend!  We'd love to take a minute to introduce him to you guys...  He's a real charmer, as you can probably tell from those eyes!

Unlike our last two fosters, Monty is very young and has tons of rambunctious energy.  He's also a total sweetie!

Corey tried to teach Monty to fetch, but like most greyhounds, he lost interest in the ball when it stopped moving. 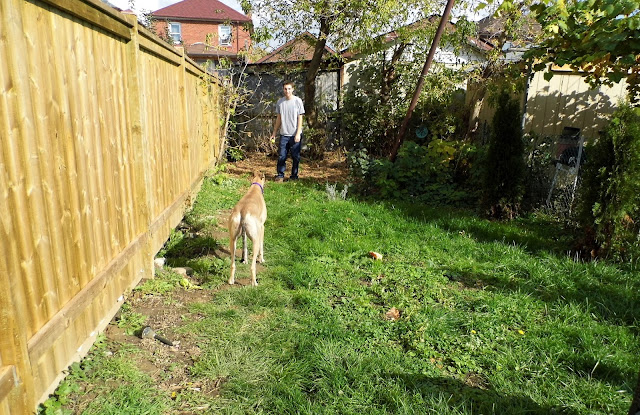 He's a good sport... and he deals well with his grumpy foster brother, Barkley. 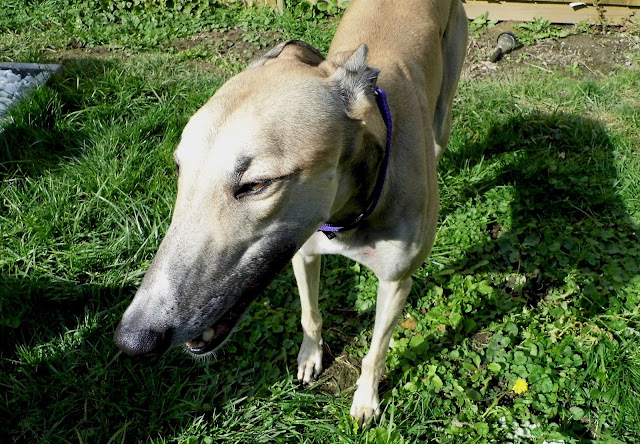 He's actually part of a group of greyhounds who were brought in from a foster home in the states.  There, he was living with one of his litter mates and their mother.  He's been really sucky towards me but we think he just misses his family. 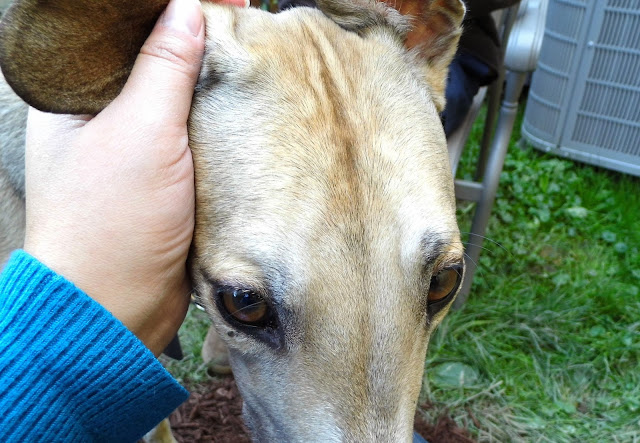 It's been chilly in the mornings, so Barkley shared one of his coats with Monty.  If Barkley could speak he would probably say that he looks better in blue anyway. ;)

But that's not to say that Monty isn't cute... because he's so handsome!  He's mostly a light fawn colour except for a 5 o'clock shadow on his muzzle and a black tail. 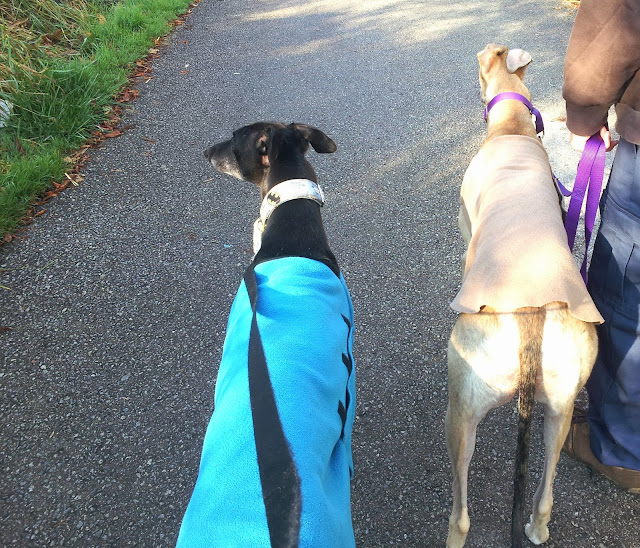 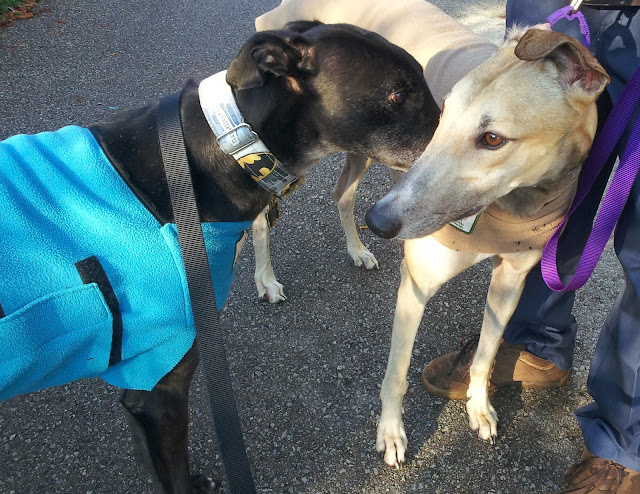 Each time we get a new foster, we need to be careful to still give Barkley plenty of love. 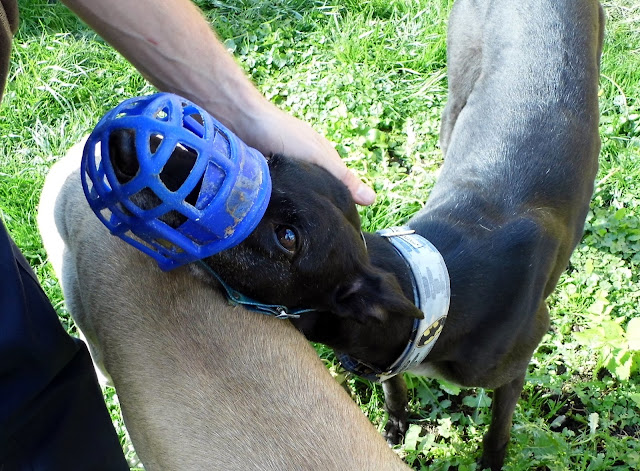 He's an expert at photobombing.  Boom! 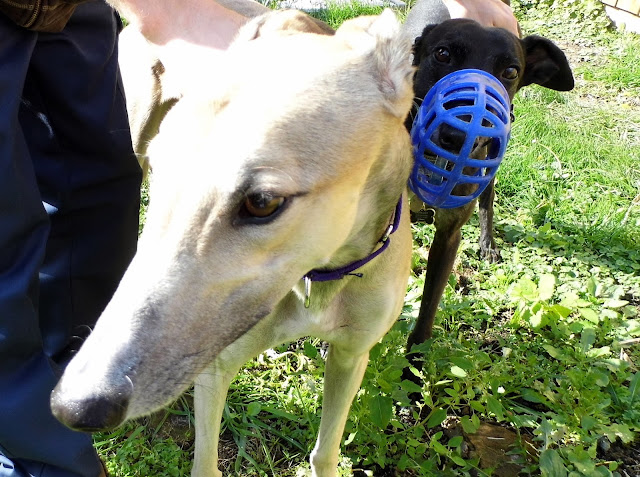 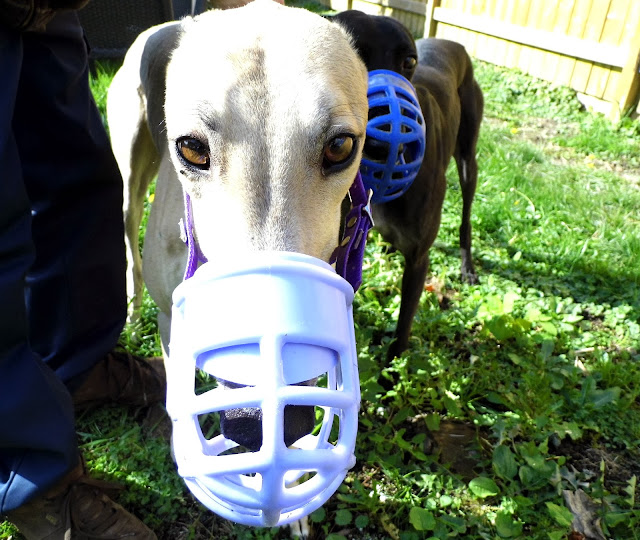 At one point, Barkley basically made it known that Monty was not welcome to chill in our room with him.  Luckily, Monty is pretty resourceful and made his way to our spare/storage room and dug himself a spot under the blankets.    It was so cute that we almost wished we didn't have to make him get down. 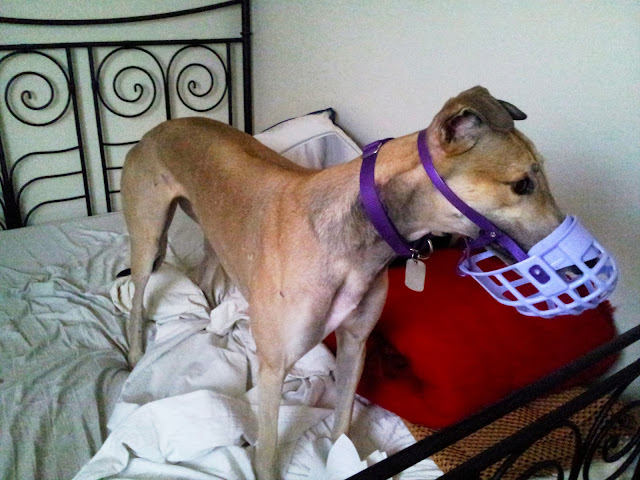 What do you think of this cutie?  We have a full house again and we're seeing more of his personality each day.  It won't be long before the FULL MONTY comes out.  Sorry for the bad joke, I have absolutely no filter for bad jokes.