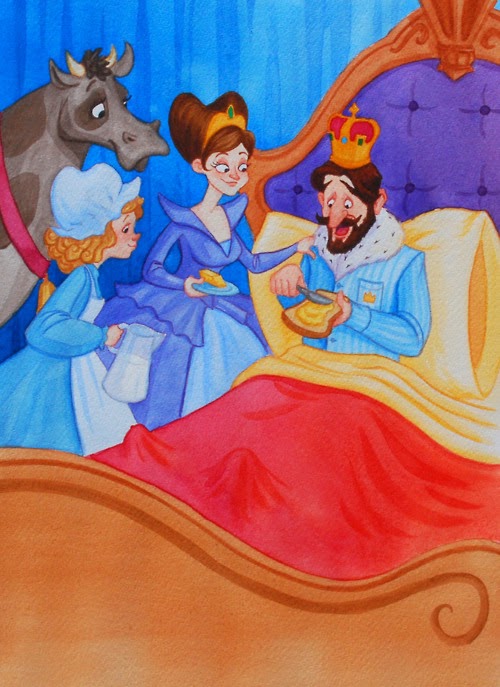 When you were young did your parents read poetry to you?  Do you read poetry to your children?  Our little Singleton has me reminiscing about my own childhood and I remember my mother reading and reciting poetry to me all the time.  I even memorized some favourites and could recite them by heart.

Of course, I loved being read stories as well, but there is something special about the rhythmic verse of a poem.

This week, I've had trouble keeping down anything other than toast and jam and Corey dotes on me and makes my morning toast so that I can eat something before I even get out of bed.  I know this sounds highly indulgent, but if you have had bad morning sickness, I know you'll understand how necessary it is.  Anyway, he called up to me the other day to offer me my usual raspberry jam or "other" ... which turned out to be a jar of marmalade I had accidentally brought home from my bridal shower.  The conversation that followed involved me trying not to throw up and lots of shouting between the kitchen and the bedroom.

Finally, we discovered that "other" was marmalade and that it's usually not a good idea to surprise a queasy, picky pregnant woman with an "other" option.  Having never cared for marmalade, I shouted down the stairs (admittedly a little too harshly) "I hate marmalade.  Never offer it to me again!  Why are you torturing me when I only want my usual toast with butter and jam?"

At this point, I burst out giggling because I remembered one of my favourite childhood poems, The King's Breakfast by A.A. Milne.  There's an illustration (above) and here is the actual poem:

What do you think?  Cute, right?  And kind of silly.... exactly the kind of thing a child would like.

Here are my other two childhood favourites: 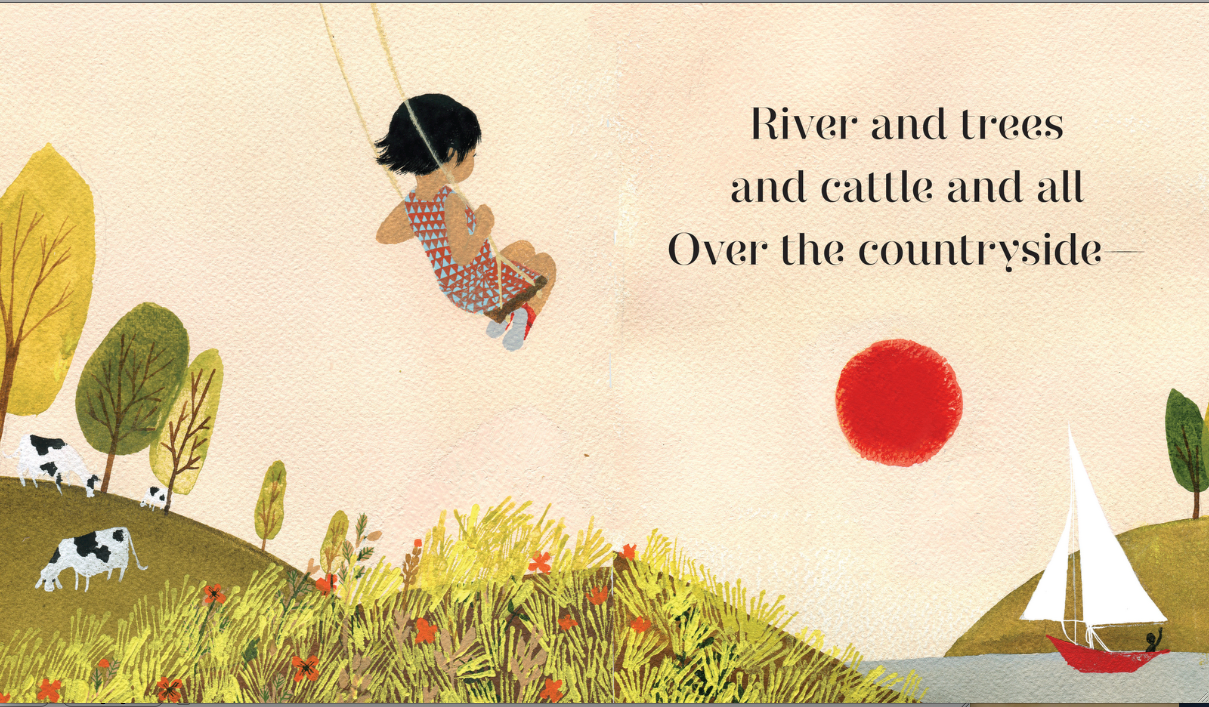 The Swing by Robert Louis Stevenson:


How do you like to go up in a swing,


Oh, I do think it the pleasantest thing
Ever a child can do!

Up in the air and over the wall,
Till I can see so wide,
River and trees and cattle and all
Over the countryside--


And here's my all-time favourite!  It makes me think of our big "scary" dog, Barkley. 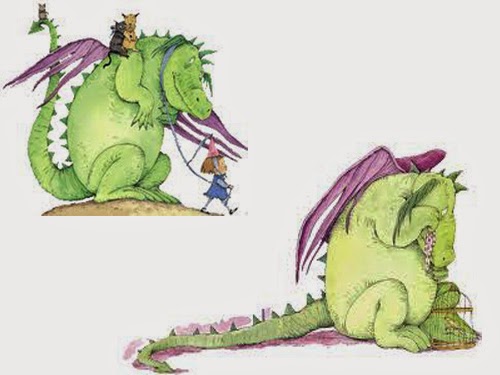 The Tale of Custard the Dragon by Ogden Nash:


Belinda lived in a little white house,
With a little black kitten and a little gray mouse,

Now the name of the little black kitten was Ink,


And spikes on top of him and scales underneath,
Mouth like a fireplace, chimney for a nose,
And realio, trulio, daggers on his toes.

Belinda was as brave as a barrel full of bears,


And Ink and Blink chased lions down the stairs,
Mustard was as brave as a tiger in a rage,
But Custard cried for a nice safe cage.


Ink, Blink and Mustard, they rudely called him Percival,
They all sat laughing in the little red wagon
At the realio, trulio, cowardly dragon.

Belinda giggled till she shook the house,


And Blink said Week! , which is giggling for a mouse,
Ink and Mustard rudely asked his age,
When Custard cried for a nice safe cage.


And Mustard growled, and they all looked around.
Meowch! cried Ink, and Ooh! cried Belinda,
For there was a pirate, climbing in the winda.


And he held in his teeth a cutlass bright,
His beard was black, one leg was wood;
It was clear that the pirate meant no good.


But Mustard fled with a terrified yelp,
Ink trickled down to the bottom of the household,
And little mouse Blink strategically mouseholed.


Clashed his tail like irons in a dungeon,
With a clatter and a clank and a jangling squirm
He went at the pirate like a robin at a worm.

The pirate gaped at Belinda's dragon,


And gulped some grog from his pocket flagon,
He fired two bullets but they didn't hit,
And Custard gobbled him, every bit.


Belinda embraced him, Mustard licked him,


No one mourned for his pirate victim
Ink and Blink in glee did gyrate
Around the dragon that ate the pyrate.


I'd been twice as brave if I hadn't been flustered.
And up spoke Ink and up spoke Blink,
We'd have been three times as brave, we think,
And Custard said, I quite agree
That everybody is braver than me.

Belinda is as brave as a barrel full of bears,


And Ink and Blink chase lions down the stairs,
Mustard is as brave as a tiger in a rage,
But Custard keeps crying for a nice safe cage.

Growing up, I always wanted a relio, trulio little pet dragon, but I'll settle for two dogs with bad breath.  ;)

Do you or would you read poetry to your children?  Which poems are your favourites?  I'd love to add to my own list!
Posted by Taylor de Sa at 7:15 pm