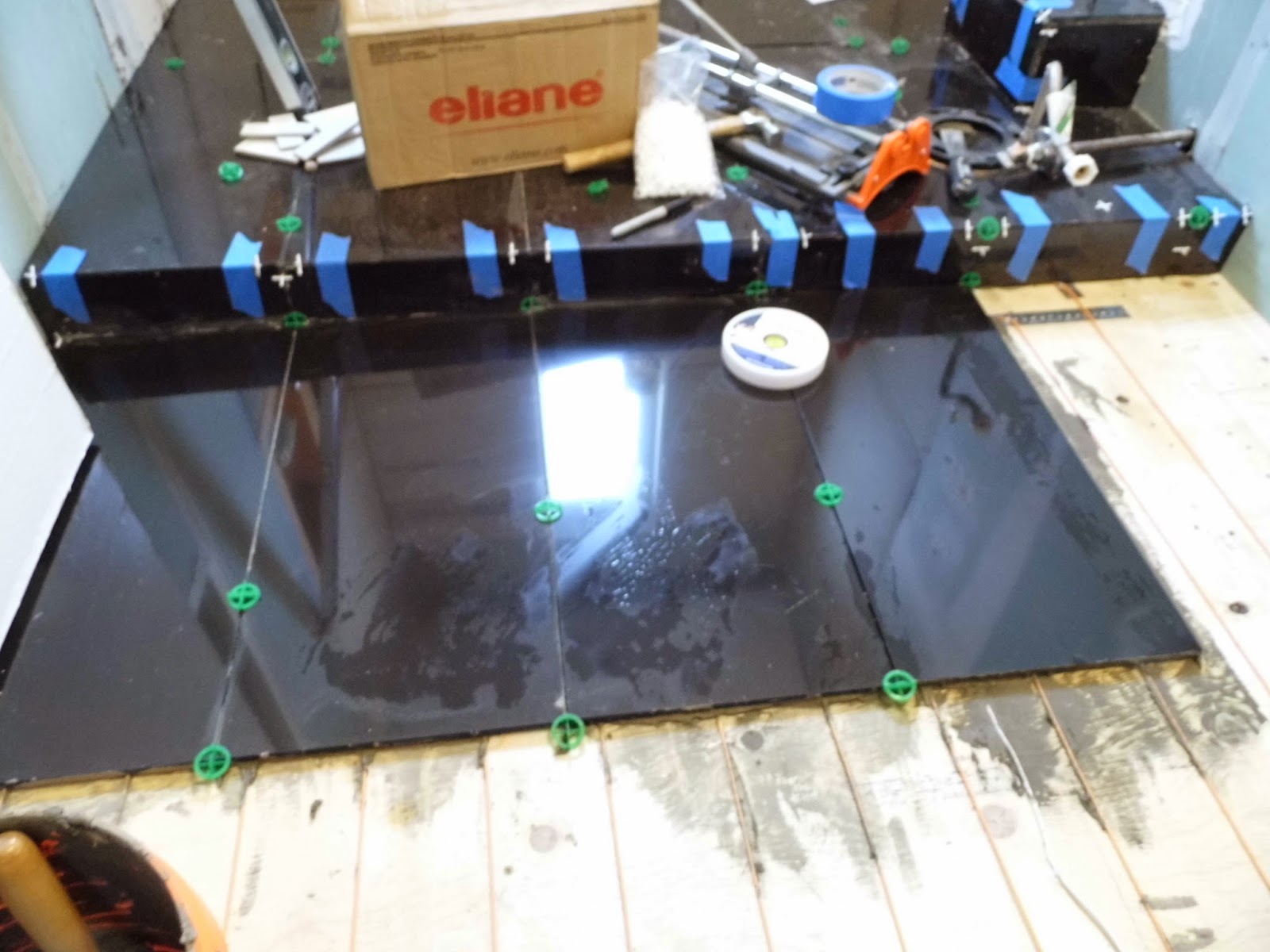 I am so sorry for going AWOL the past couple of months.  I promise I started like a gazillion posts (at least a dozen or so) but I'd always end up just falling asleep after work and not finding the time to finish them in my early pregnancy stupor.

I began this one back when Corey first started tiling the floor.  We chose shiny black porcelain (because it looked just like the granite at the tile shop but didn't come with the steep price tag) and also because porcelain is known to be very strong.

We Corey began by placing the tiles where he wanted.  This gave him the opportunity to play around before he made any cuts.  Tradespeople have a saying that you "measure twice and cut once" and since we were on a 4K budget for our entire bathroom reno, Corey really took this to heart. 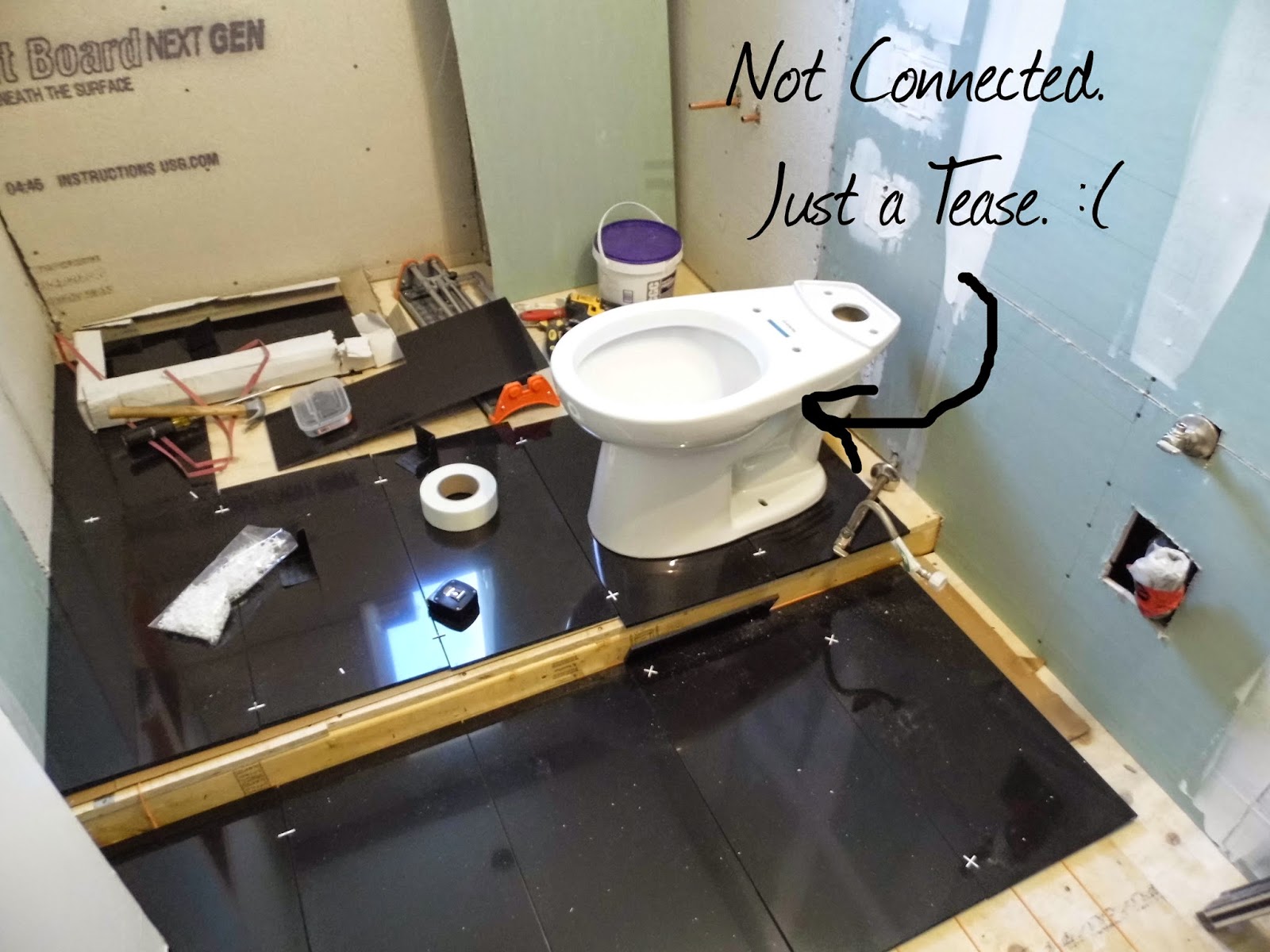 That's right, that toilet was not connected at the time.  Imagine how tough that was in my first trimester when I was sick several times a day!  That's right, I have a working toilet upstairs by now but I would still like your sympathy!

Corey used an angle grinder to make some of the challenging cuts around the toilet. 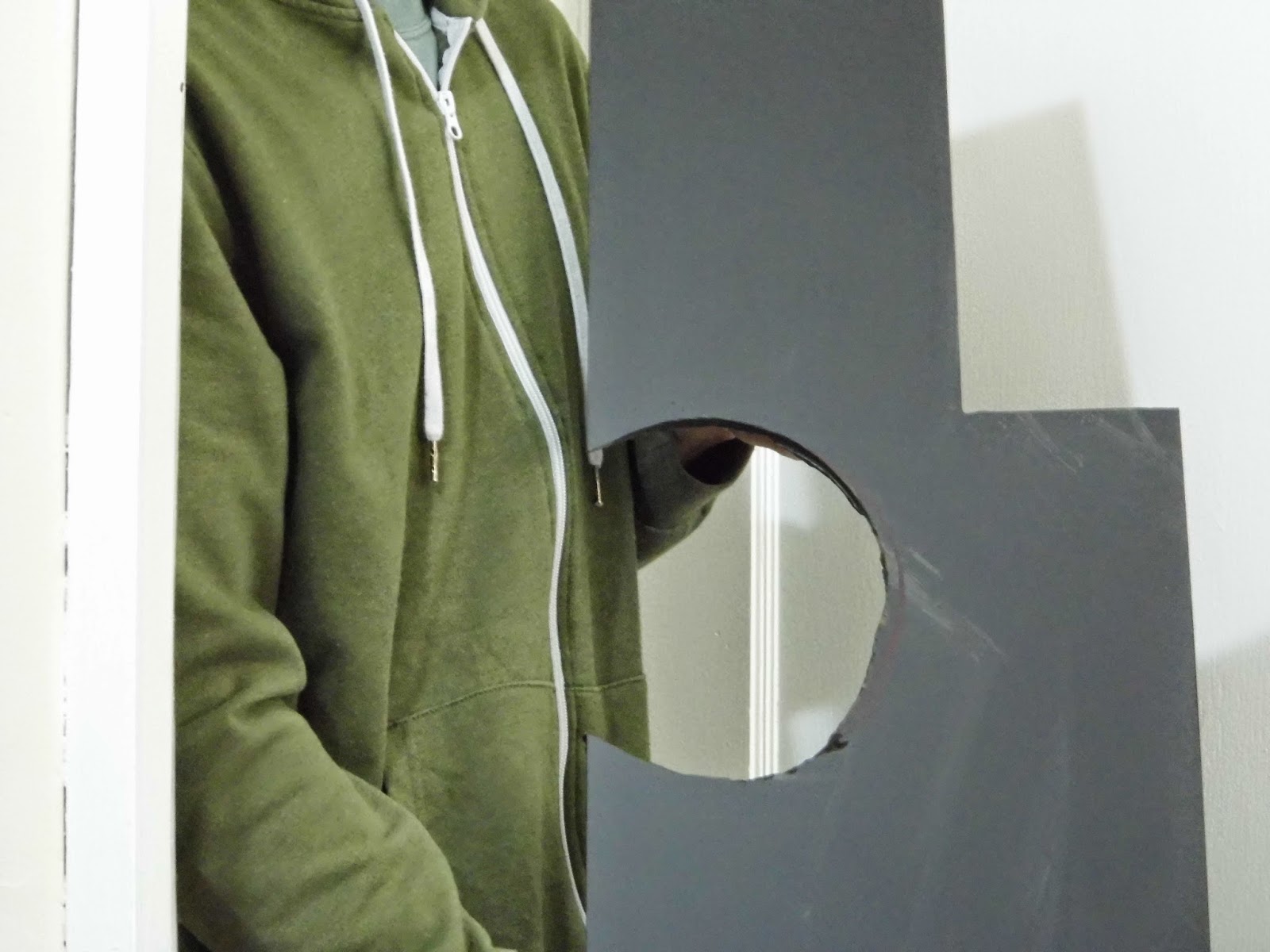 And then he mixed the mortar and got to work! 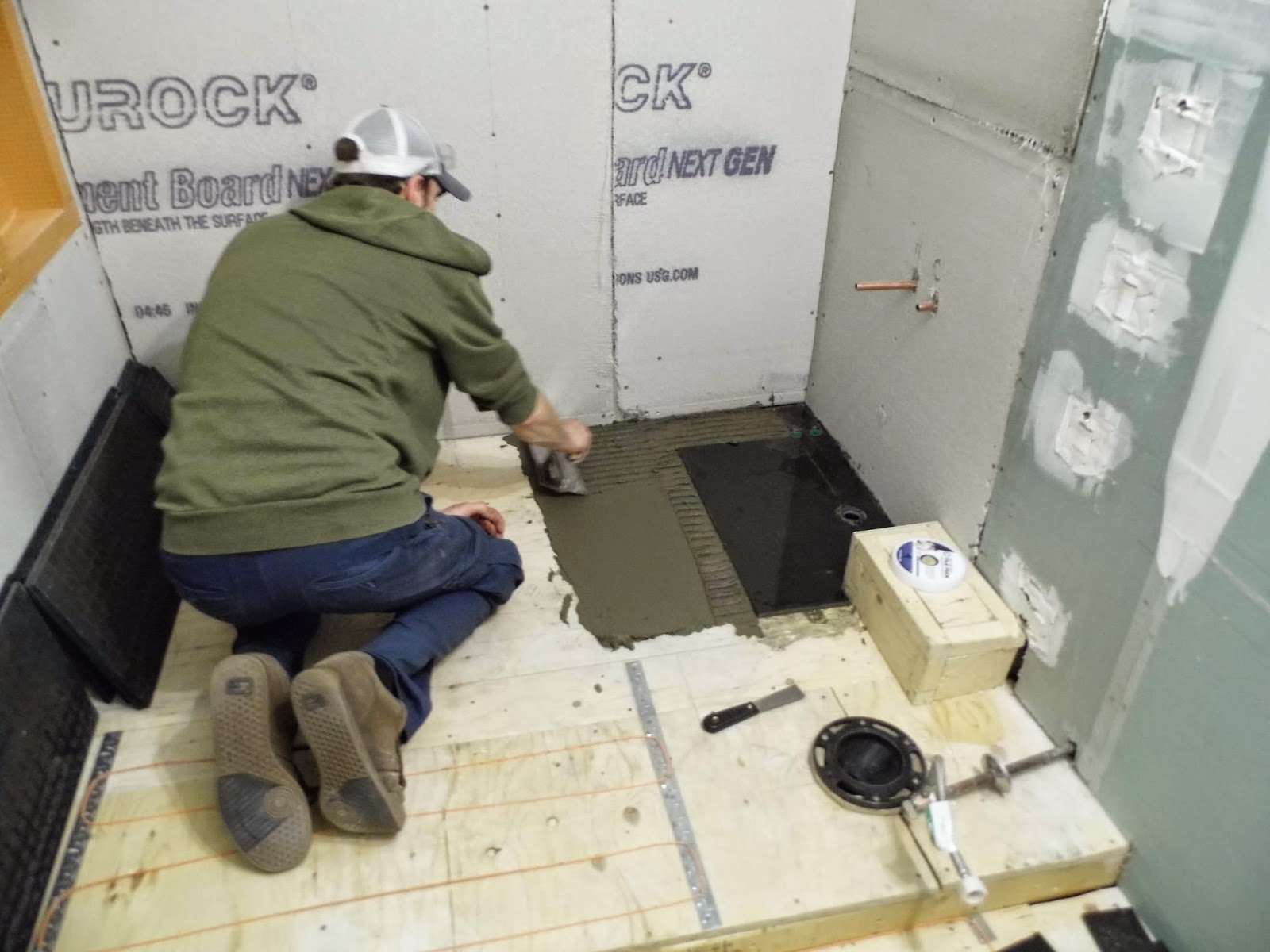 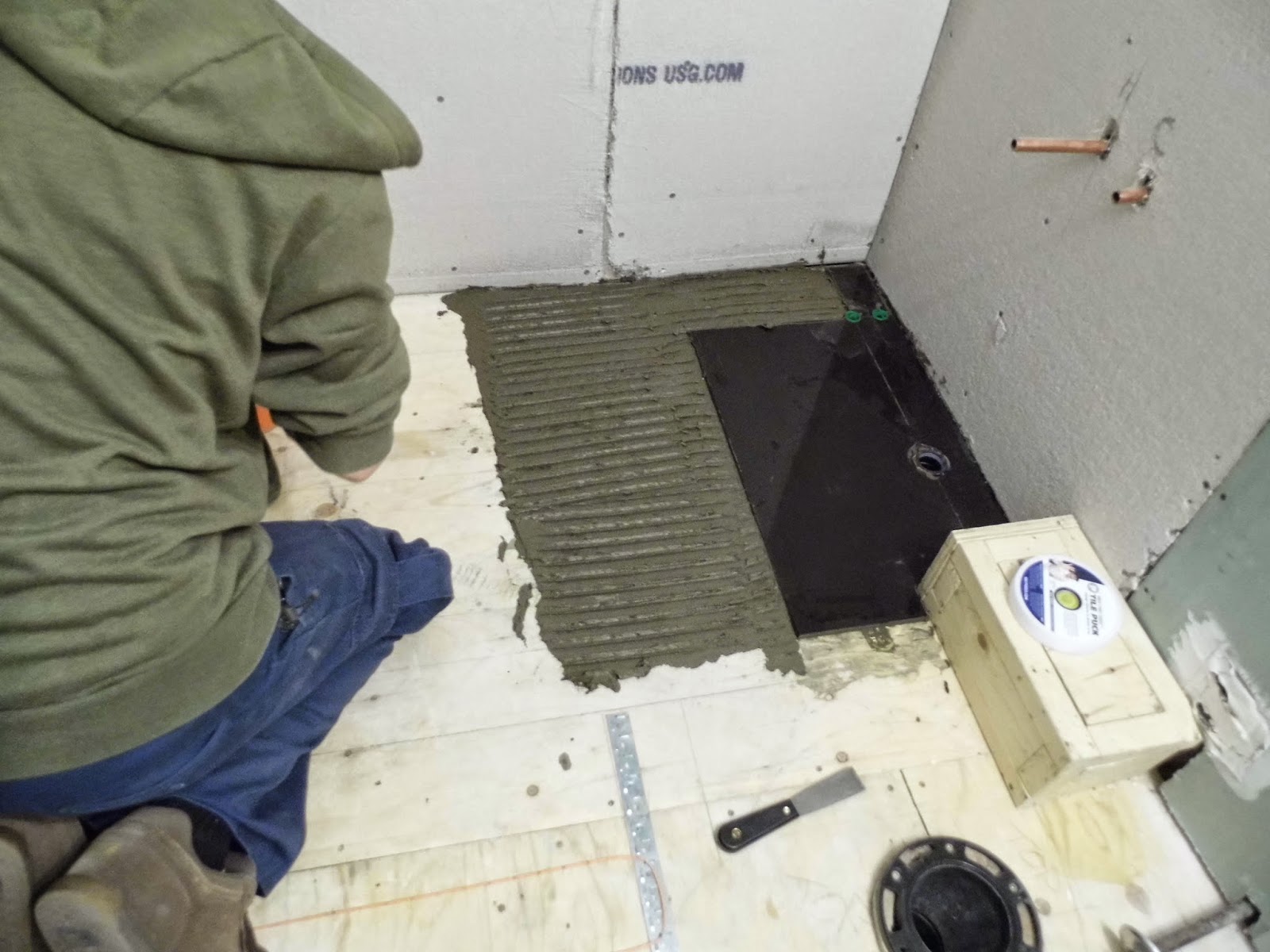 He used precise 45 degree angles to join the tiles on the step.  It was extra work but it turned out beautifully!

We chose dark grey grout for our floor tiles because it's forgiving but would still give us a little contrast. 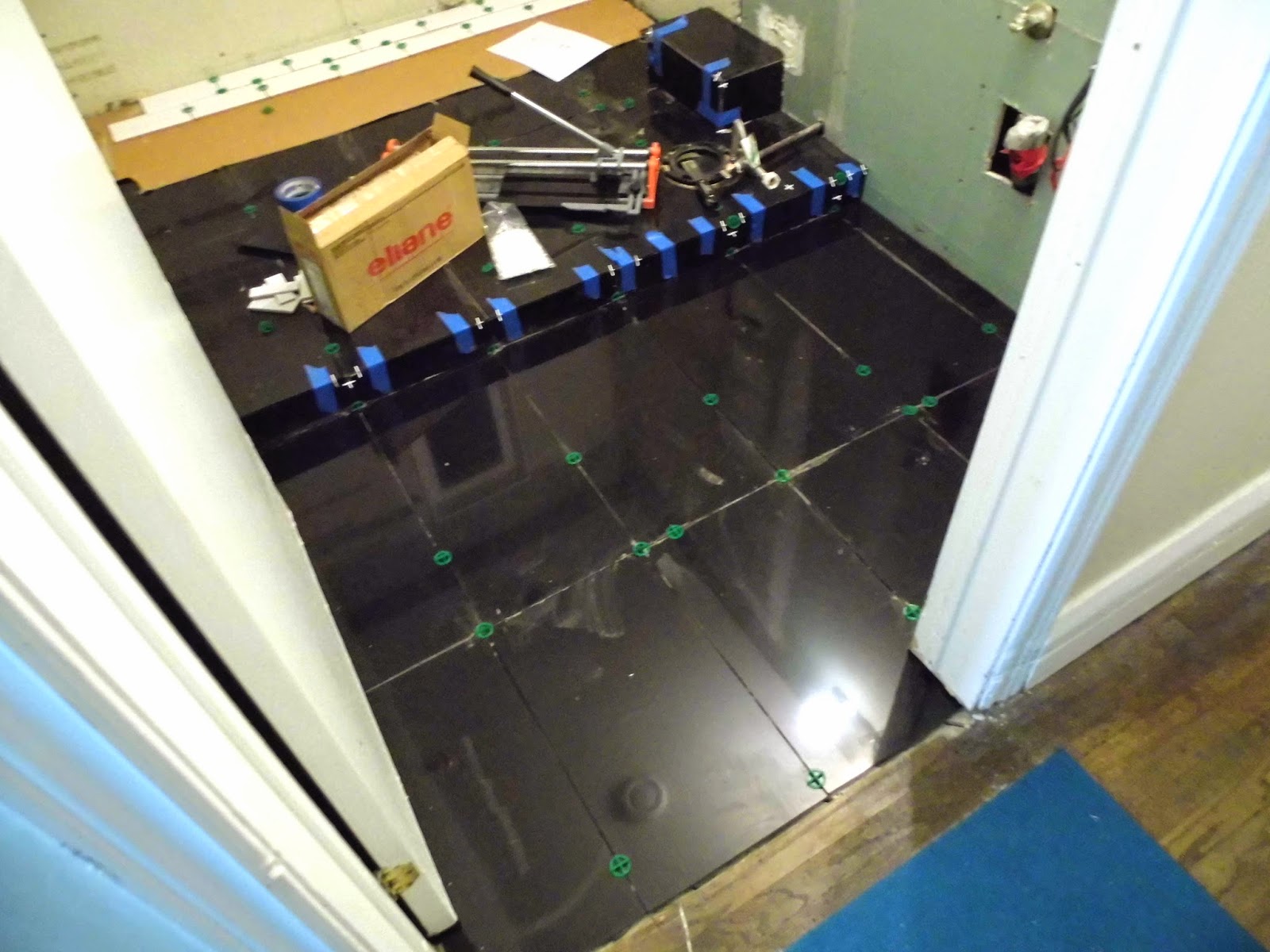 And he even created and tiled a small shelf to hide some of the pipes.

So here's a good picture of what our bathroom looked like a couple of months ago.  Today, we're not totally done but we're pretty darn close but I couldn't post new pics without showing you the early tiling. 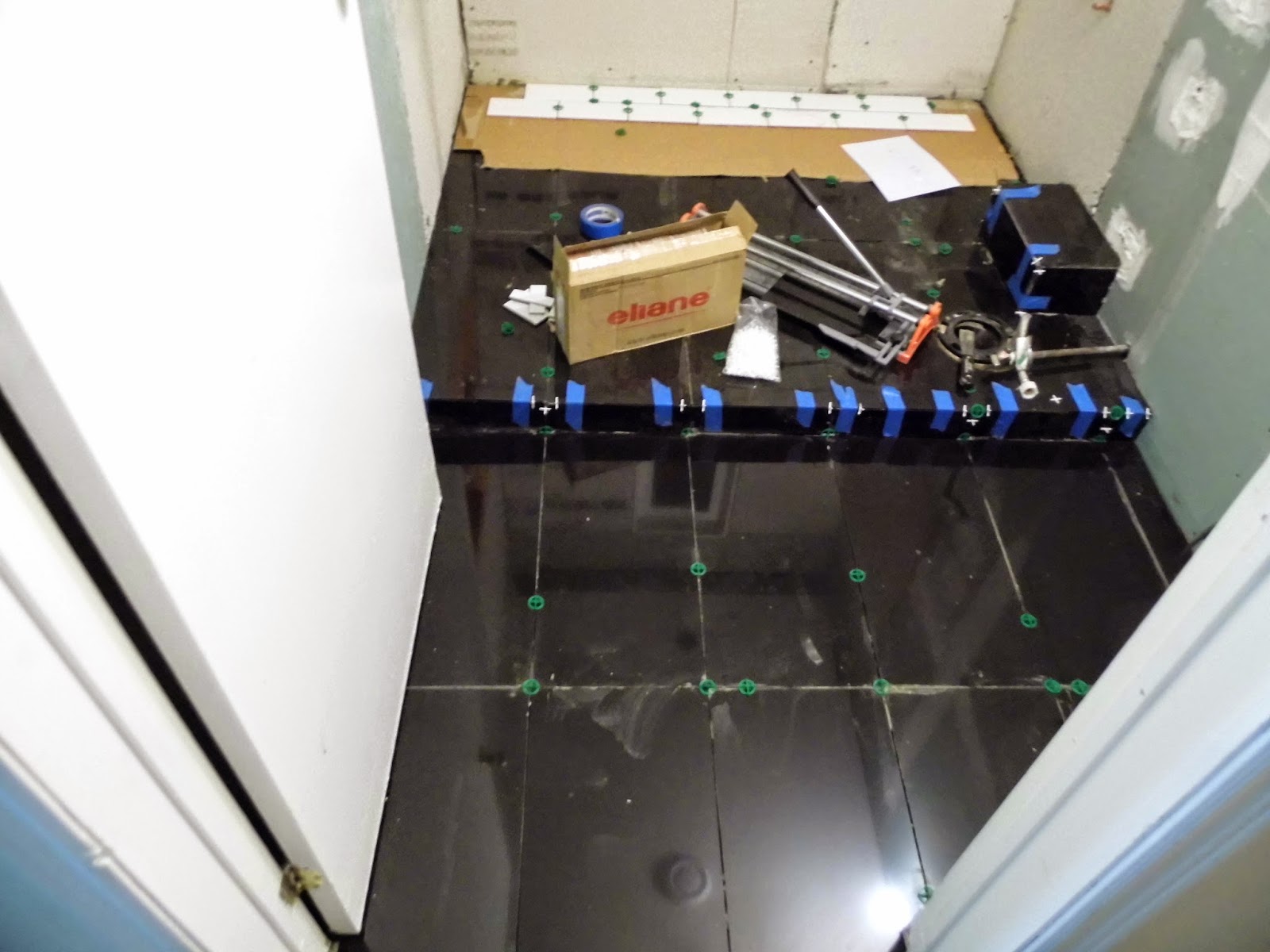