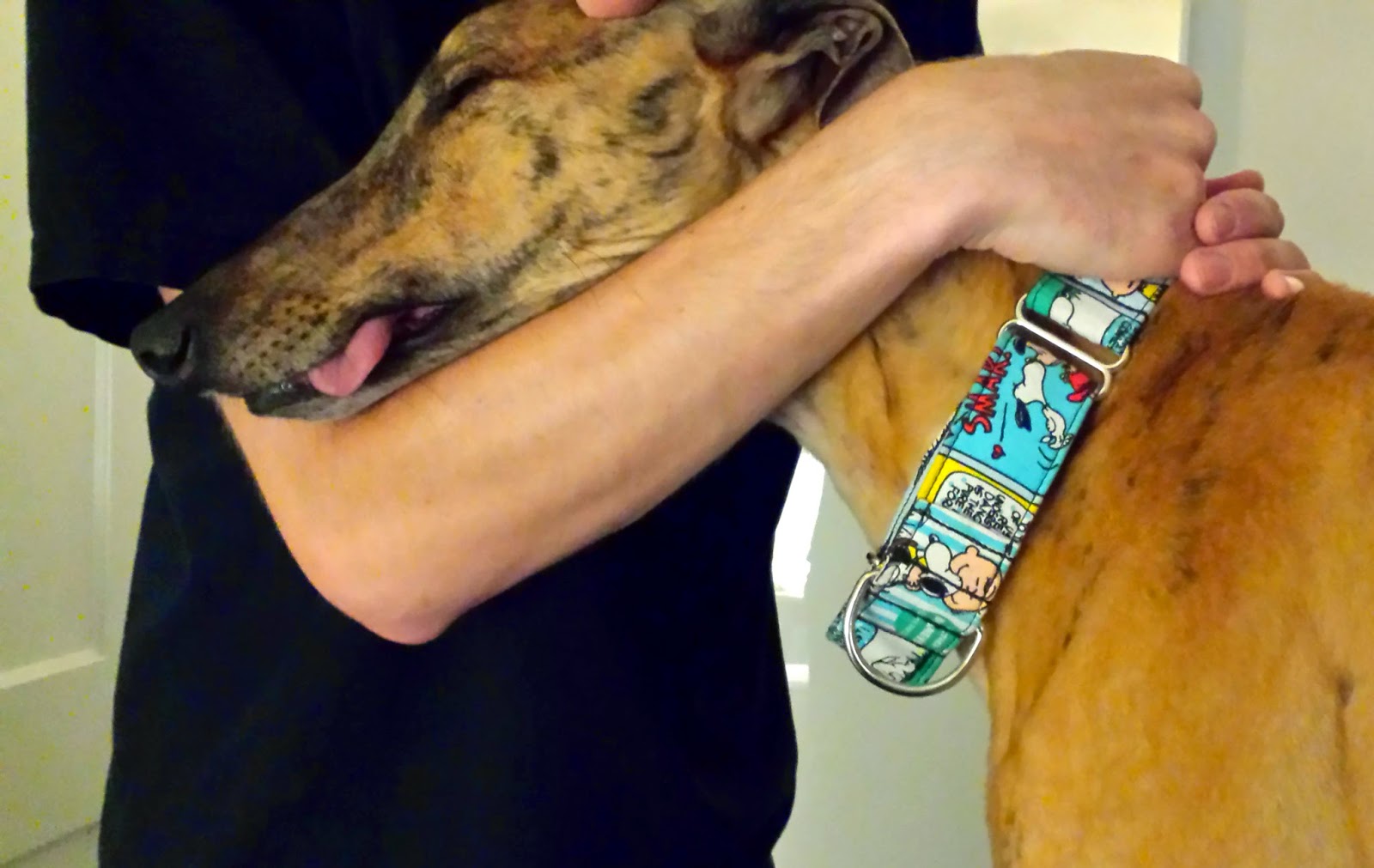 You guys have been so awesome and supportive about our newest family member and many of you have been asking how he's settling in.  It seems he and Barkley have established pack positions and we've all settled into a routine so we're starting to see more of his personality... and he couldn't be more different from Barkley.

First of all, we call him the raccoon.  We're still working on "No!" and "Leave it!" but for the moment, no food is safe.  You know what else isn't safe?  Books, cardboard, plastic, used kleenexes from the garbage and headphones.  We are learning quickly why other people dog-proof their houses!

For all his mischief, he is insanely lovable and aggressively affectionate.  He will stop at nothing to give you kisses and will insist on cuddling up... even on the hottest days!  He also lets Corey pick him up while he's sleeping and move him... Barkley would never put up with that! 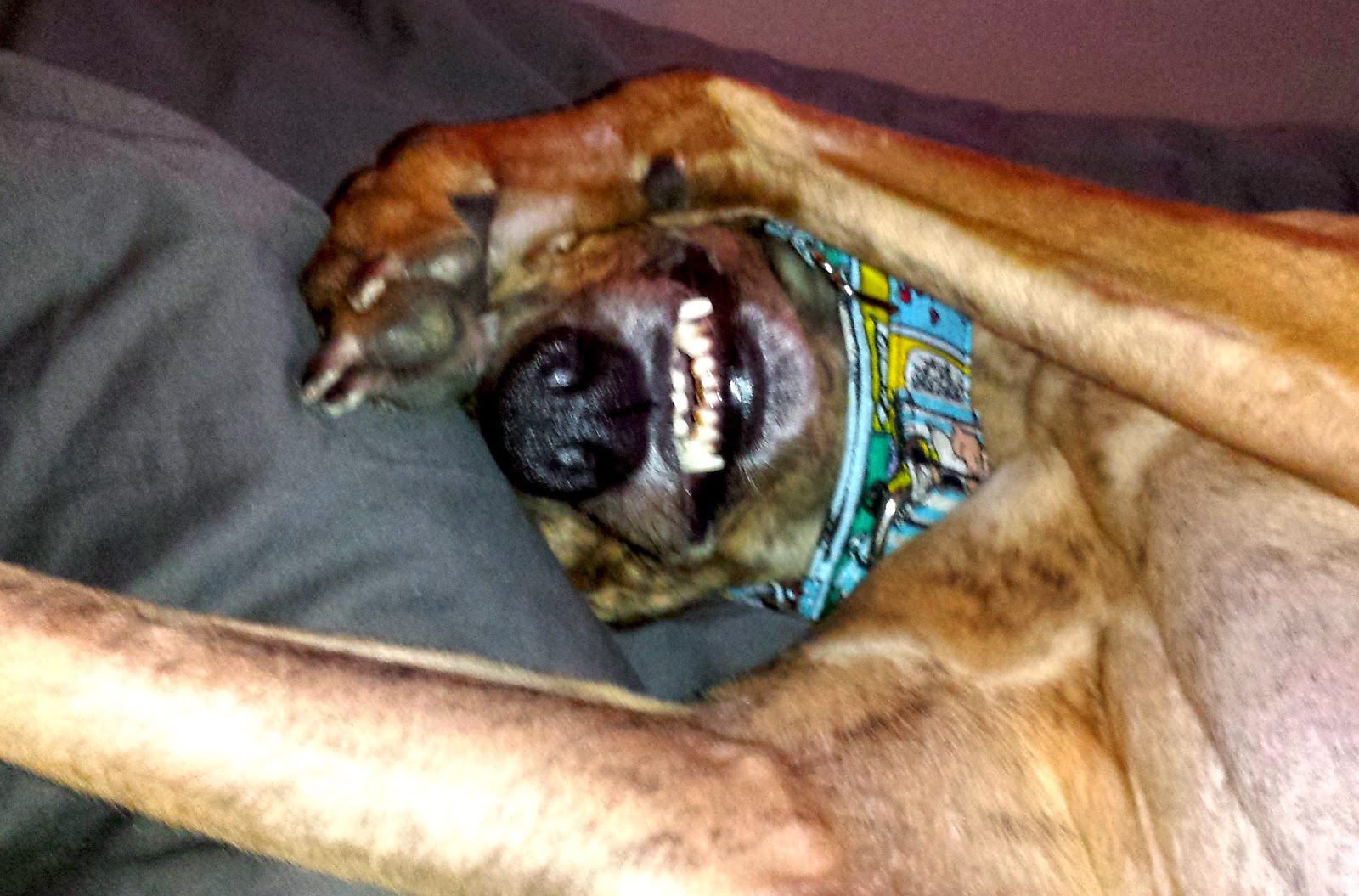 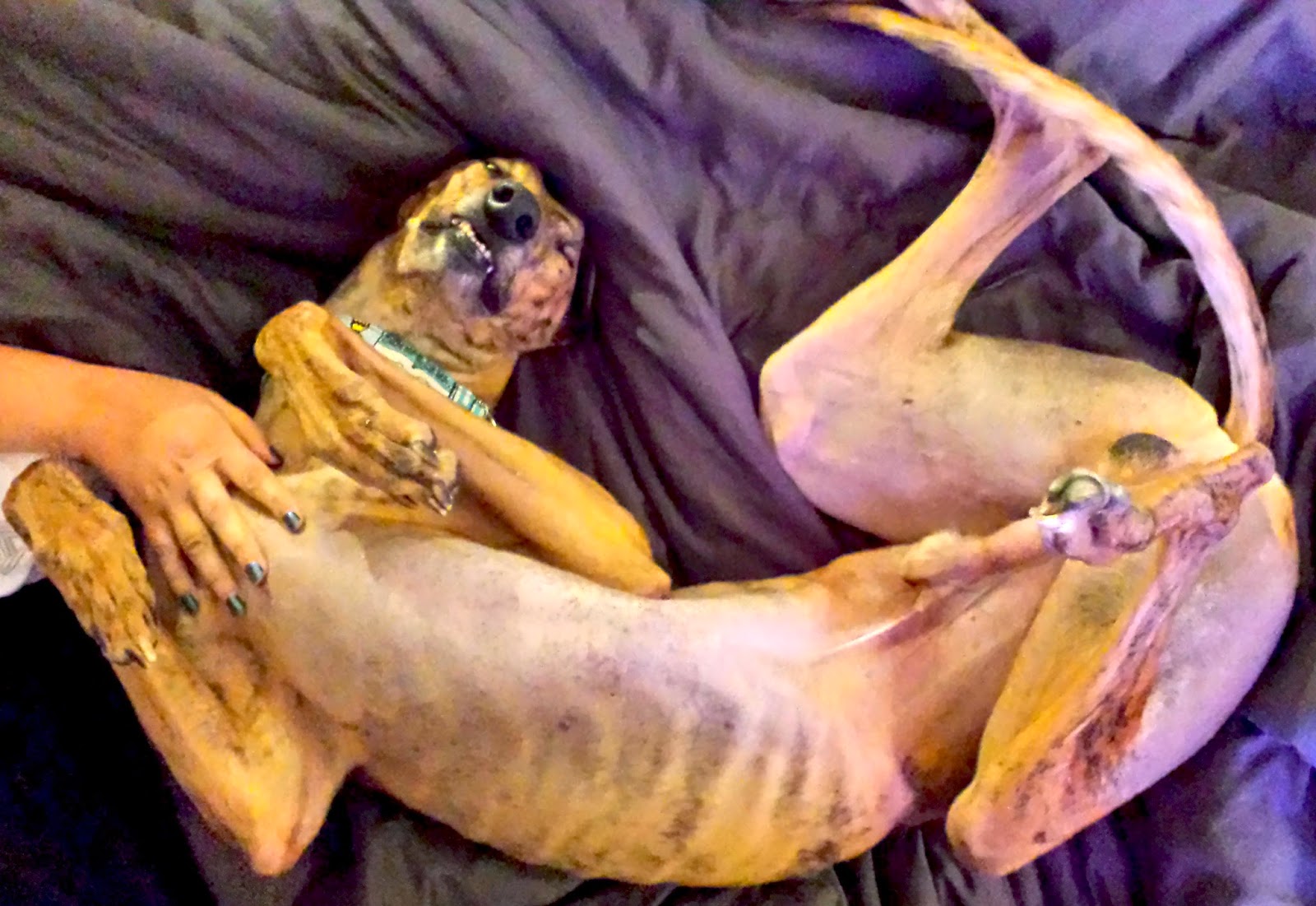 He spends most of his time sleeping on his back and often lets his tongue poke or hang out of the side of his mouth.  He hates sleeping closest to the door and will often trip over Barkley in the middle of the night (the growls wake us up) to wedge himself between Barkley and the wall. 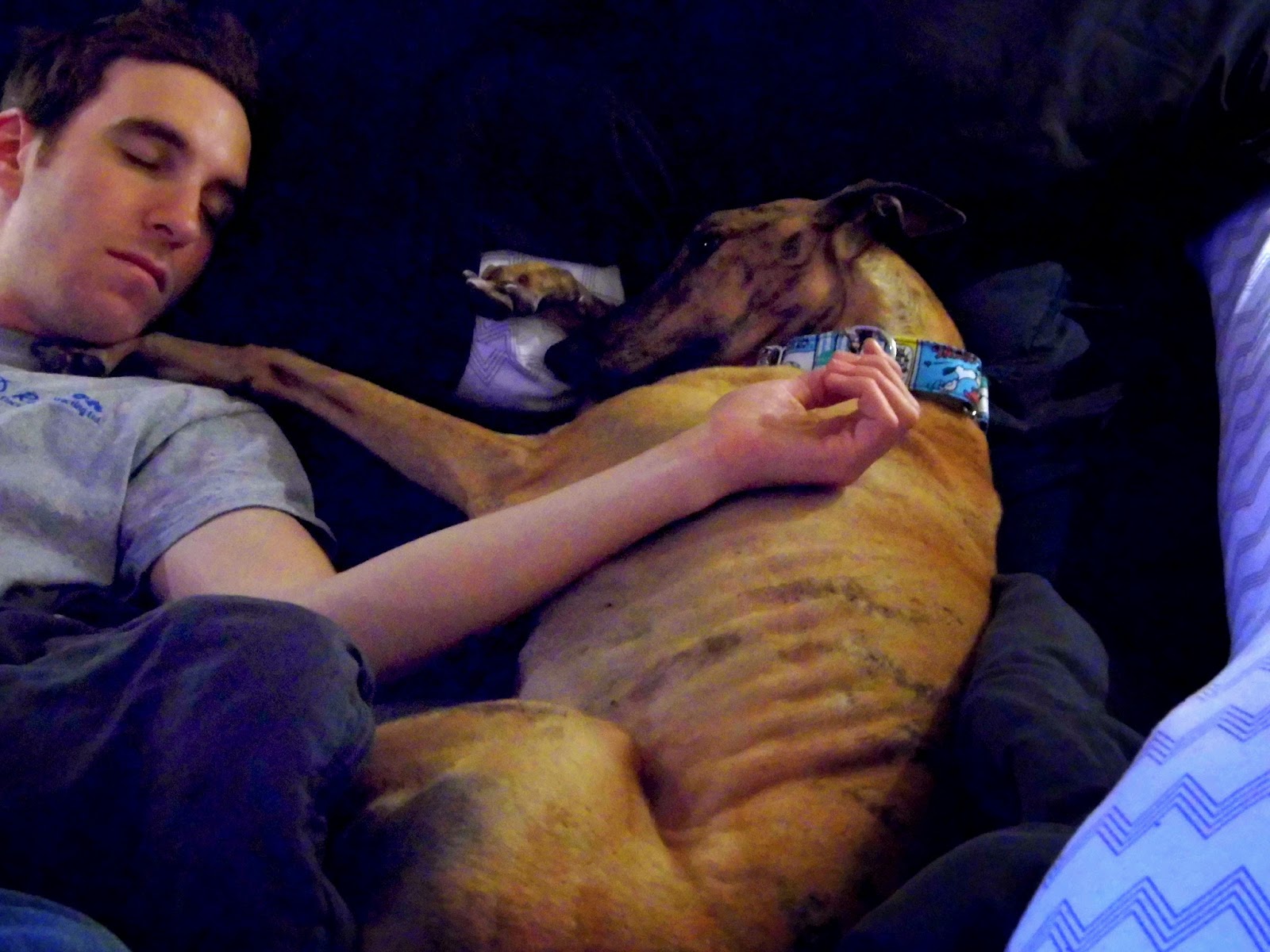 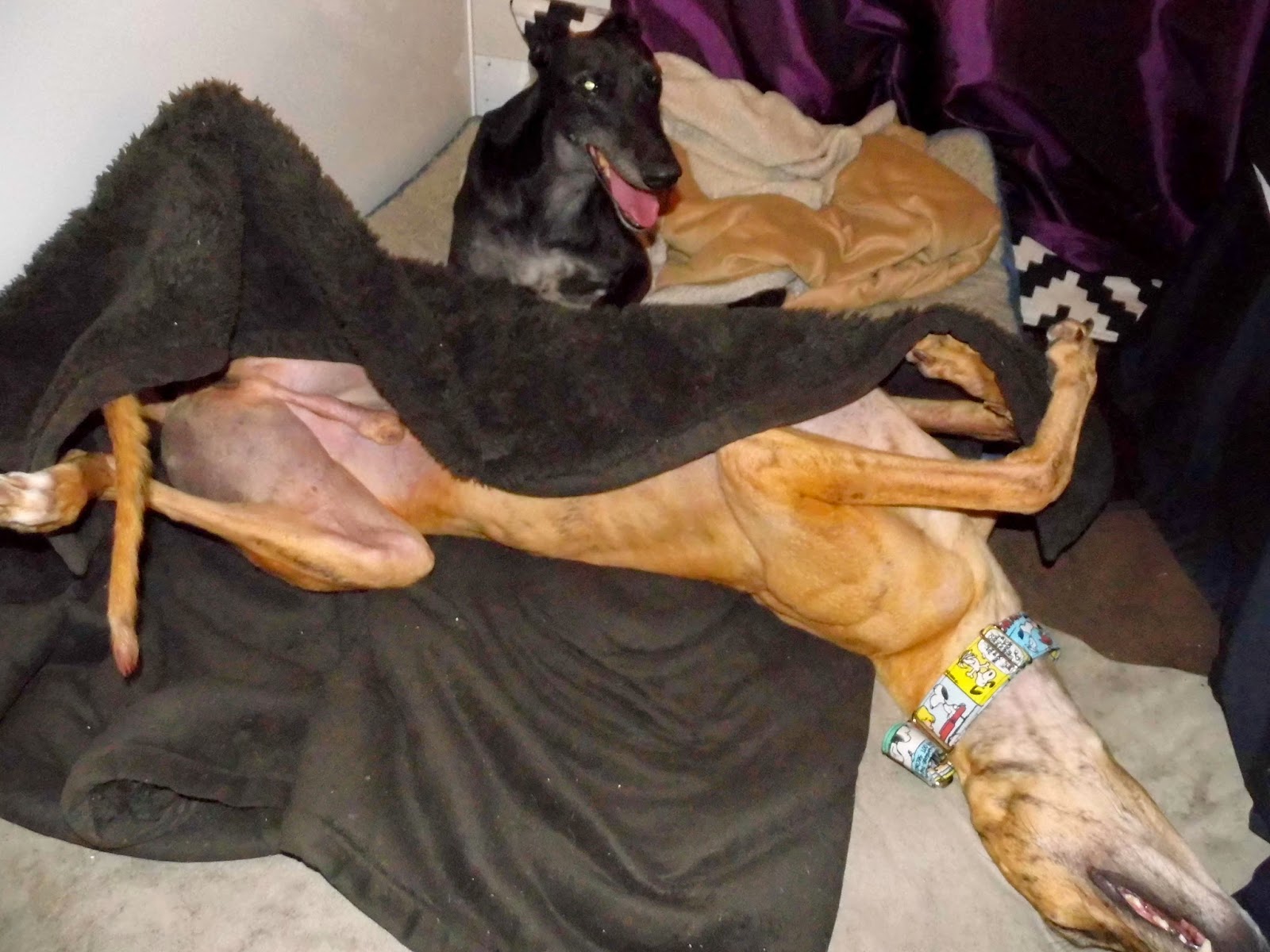 On walks, he is friendly to everyone (people, dogs, cats) and he forces Barkley (who gets jealous when his brother gets all the attention) to be a little friendlier and less shy with strangers too.

Feeding time is hilarious and we have to watch them closely because Barkley will steal Cheetah's meat and Cheetah will steal Barkley's veggies.  Neither of them seem to mind... but we want to ensure they both get enough of both so we watch them.  After their meal, they both switch places to lick the other's dish.  It's like they have a mutual agreement. 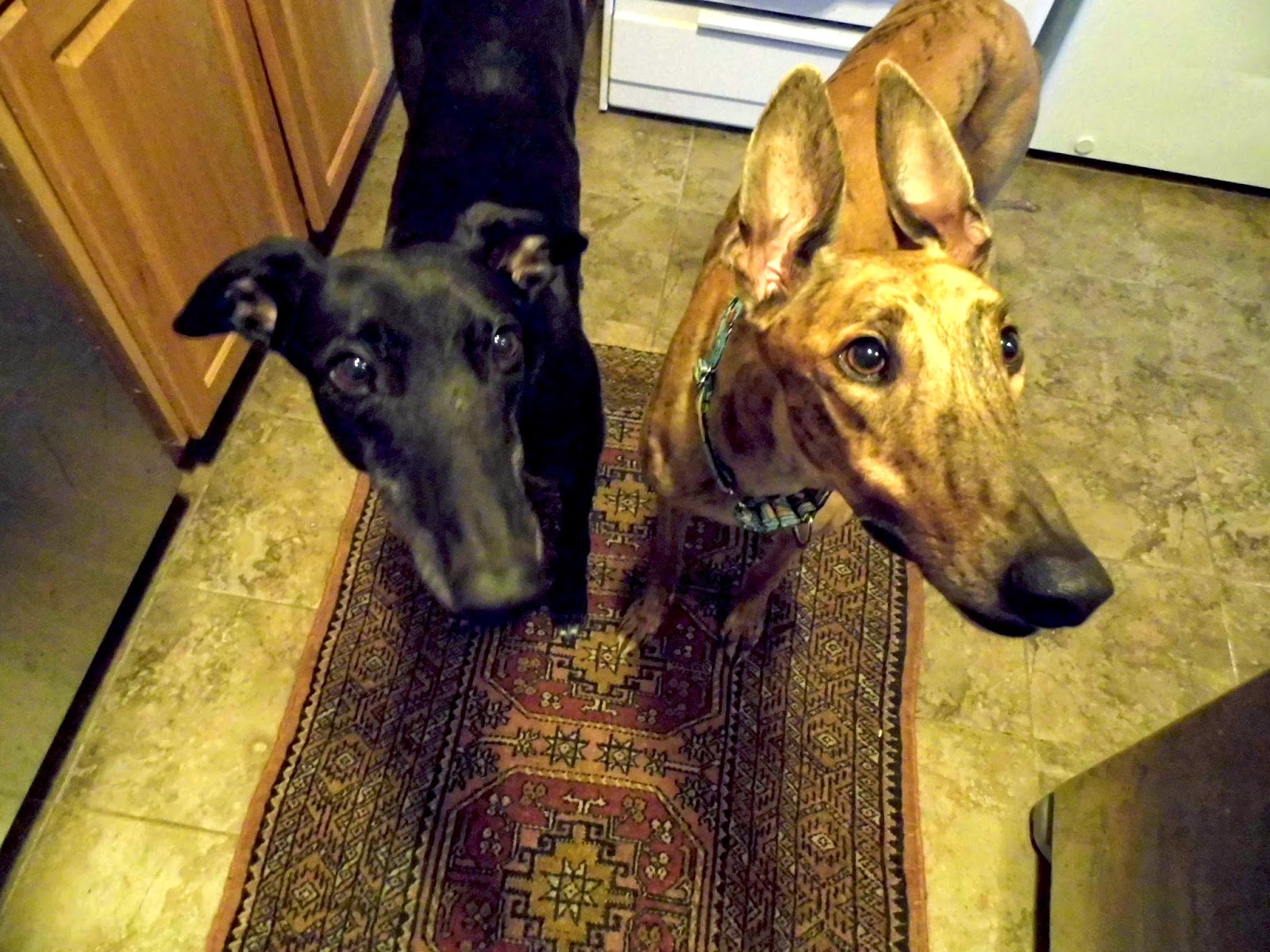 Their pack position is especially evident when we get home at the end of the day.  Barkley greets us first and only when he's finished does Cheetah come forward.  Barkley seems to enforce it, although Cheetah doesn't seem to mind a bit.  I can just imagine bratty Barkley saying "You can greet them second because they were my people first.  I heard them say you were an accident!"

Overall, they get along really well and seem to be best buddies.  I do notice a lot of male energy in the house though.  I keep joking to Corey that if this baby's a boy, we're going to need to get a really bitchy female cat just to even things out.  :)
Posted by Taylor de Sa at 10:36 pm