A Romantic Unromantic Gift from my Valentine 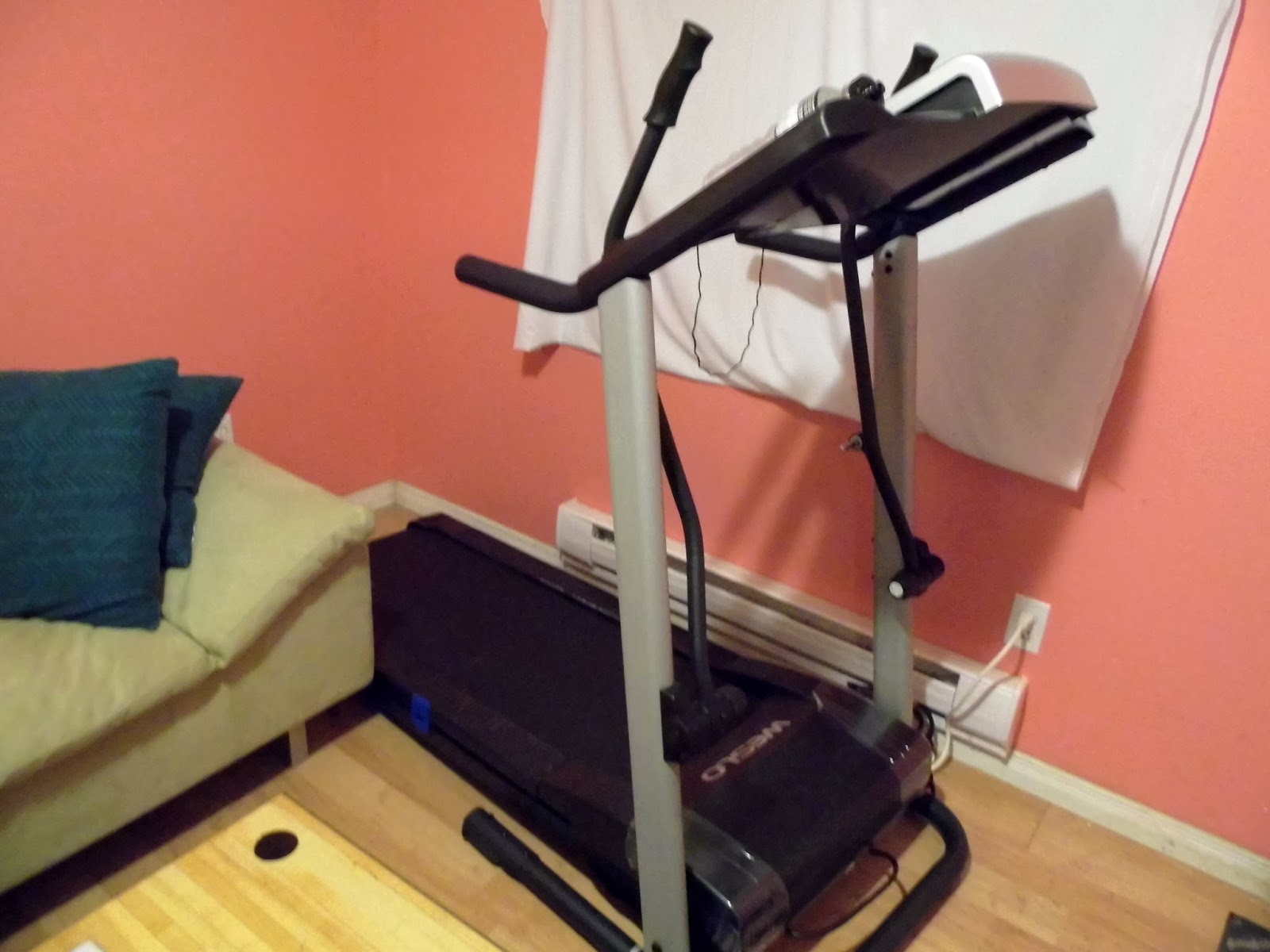 You're probably thinking Valentine's Day is over, Taylor!  Enough with the gushy love posts!  Well, you're probably right, so I'm going to keep this one as un-gushy as possible.  I'm also going to include more photos of our disaster family room, so go ahead and think about the worst room/broom closet/sinkhole/dungeon in your own home... and then go ahead and feel smug because it still looks better than our family room! ;)

For Valentine's Day (Actually, it was a "just because" gift which happened to coincide with Valentine's Day) Corey bought me the most romantic unromantic gift ever!  That's right, we are now squeezing a treadmill into our already cramped, unrenovated, disaster of a family room/ makeshift-shower room!

I think he decided enough was enough one evening last week when another long day at work meant skipping my Zumba class... Again.  I was practically in tears when I confessed to Corey that I was so worried about my crazy schedule not allowing me time to exercise.  This revelation was especially emotional with a wedding planned for this summer.

The past few years (which included two moves, ongoing renovations, job changes for both of us, the stress of a condo nightmare and a sluggish thyroid gland) had left me with a Tinkerbell moment.

Oops!  How did that happen?  Yikes!

Oh well, there's no point in lamenting how I arrived here, but I definitely have some work to do if I expect to squeeze into a wedding dress this August.  I've never been overly athletic (My hand-eye coordination is poor... at best.) but I've been wanting a treadmill since we lived in the condo.  I enjoy walking outside and Corey and I are really active in the summer, but slippery sidewalks are not kind to a clumsy gal like me... As I discovered when I slipped on the ice last year and fractured my arm.

Anyway, I was touched by Corey's thoughtfulness and willingness to splurge on something just for me when we are saving for a gazillion things between the wedding and the home renos.  I know that a treadmill may not seem like the most romantic gift, but to me it really was!

And I have started by devoting an hour to it each day.  Call it a standing date!  ... Despite the fact that sometimes I feel like this kid from The Simpsons: 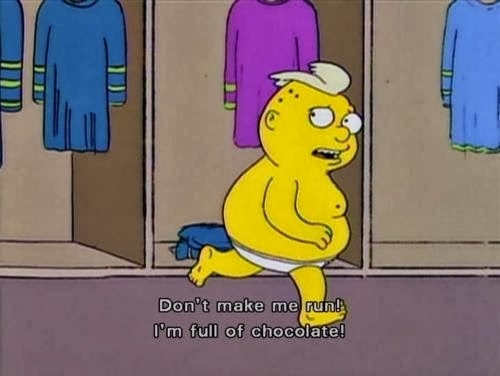 And no matter how late I finish work, Corey (and Barkley) will join me in the family room and play a tv show to motivate and distract me.  I don't love many tv shows, but I've been alternating between old seasons of The Biggest Loser (I imagine the trainers are yelling at me to really fire me up.) and episodes of Say Yes to the Dress.... The motivation there should be obvious.

And now our unrenovated family room, with the awkward shower, which I was whining about the other day... 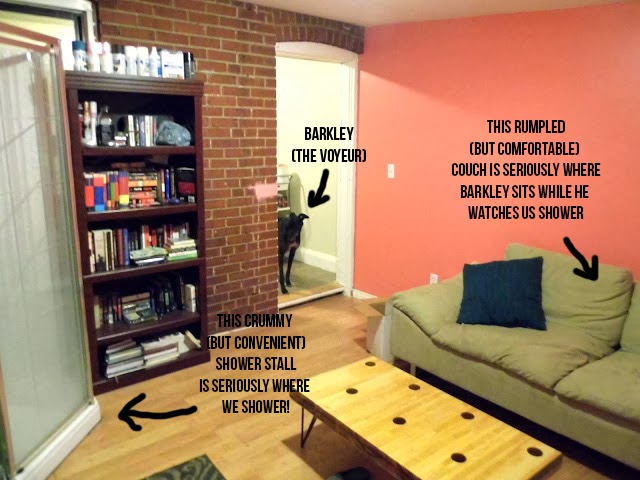 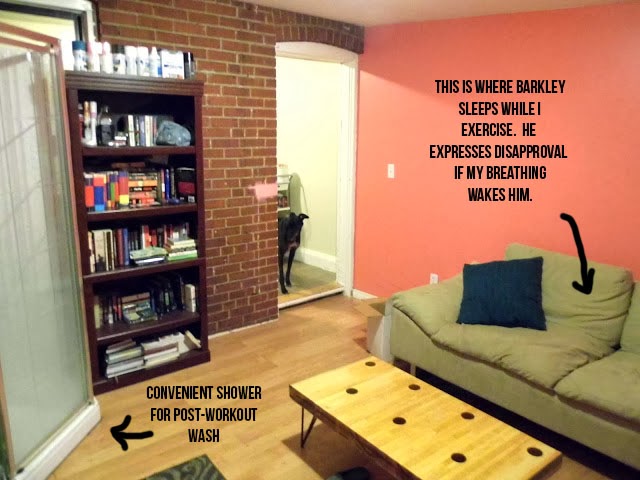 And I get to workout while my two boys lounge on the couch.  Corey lends encouragement and support, while Barkley grumbles if my huffing and puffing disturbs his sleep.  Still, it's the most romantic Valentine's gift ever!

Have you ever received an unexpectedly romantic and thoughtful gift?  What was it?