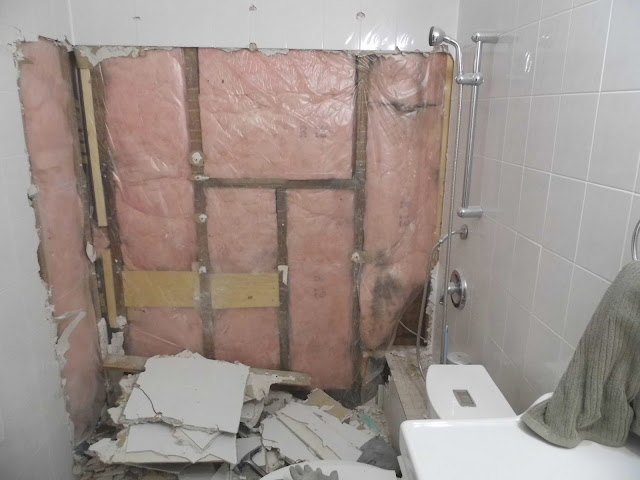 Perhaps we've been procrastinating our bathroom demolition, but it's time that we rolled up our sleeves and faced the hard work.  Corey began demolishing the outside wall over the weekend and we were both surprised by how hard it was... and (surprisingly) not as much fun as we had expected.

In case you missed the last post, here's what the bathroom looked like a few weeks ago. 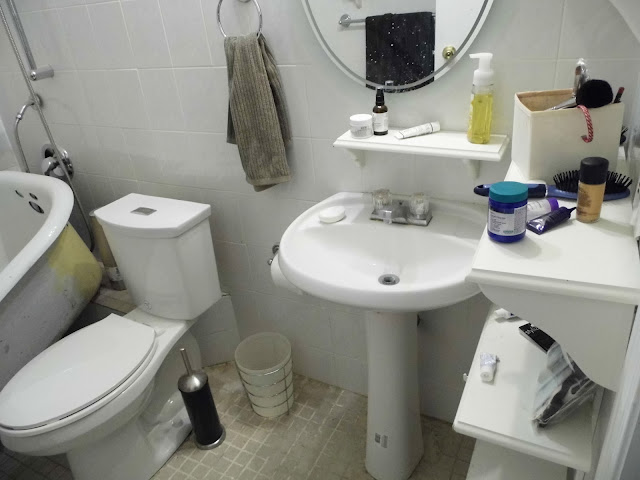 It's pretty icky, I know.  There was a lack of storage, the tiles are nasty and the tub is balancing precariously on a random ledge.  We knew when we purchased the house that this bathroom would be a gut job! 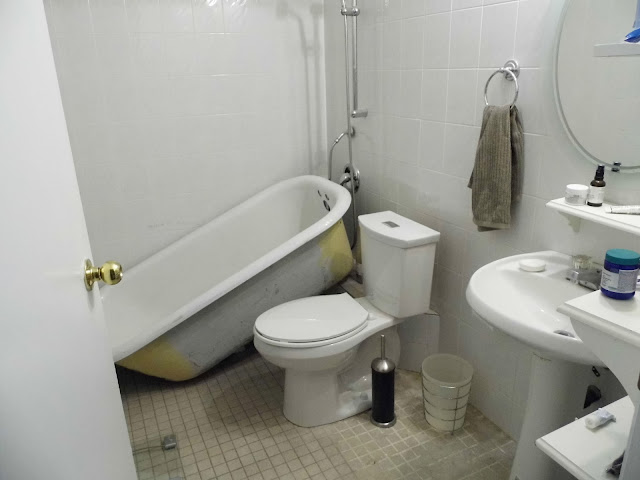 A few weeks ago, a plumbing malfunction forced us replace the sink.  We took the opportunity to purchase a vanity with some real storage... Yipee!

Don't worry about it being recessed into the wall at the moment.  All the walls are coming down! 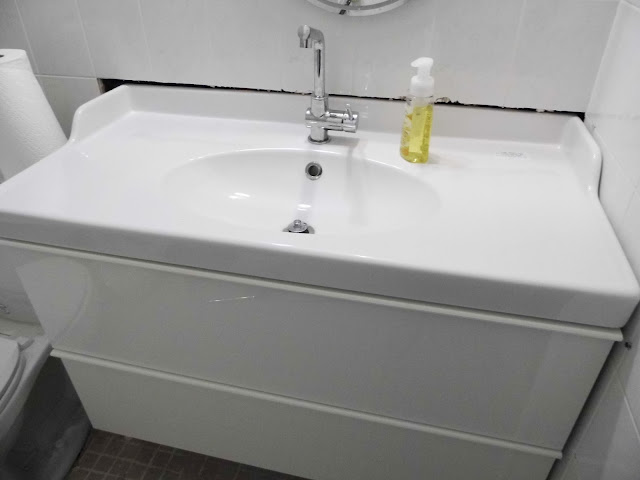 Since then, busy work schedules have forced us to take a bit of a break from the renovations... But it's time to begin once again. 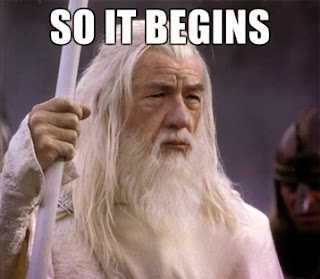 Corey spent hours carefully removing smashing the tiles and drywall from the outside wall.  He boxed the debris right away and we're prepping for our next trip to the dump.

Cleaning as we go is necessary at this point, since the only other bathroom is in the basement.

Note: It is equally scary. 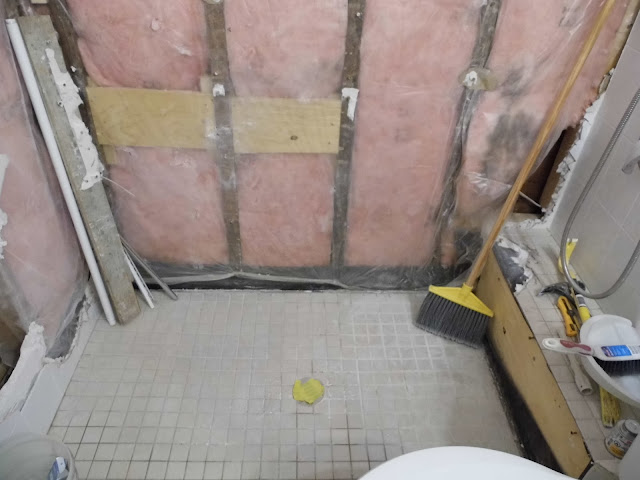 Unfortunately, we discovered some mould. SUPER-Yuck!  The M-word is a bit of a dirty word in real estate, although we're not surprised to see it behind a shower.

We're going to remove all the affected insulation (including the attic, if it has spread) and replace it with fresh, non-mouldy pink stuff.  At least this forces us to act quickly, since I'm afraid of breathing in this room. 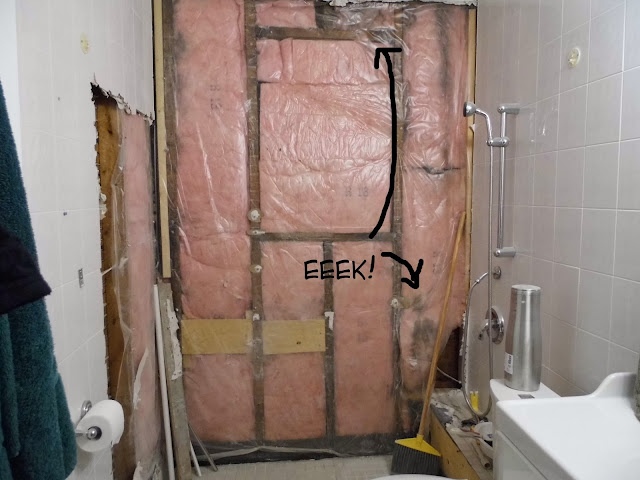 Corey's going to work on it through the week and I hope to help a little next weekend.  I hope to have more progress to show you soon.  There's no turning back at this point.