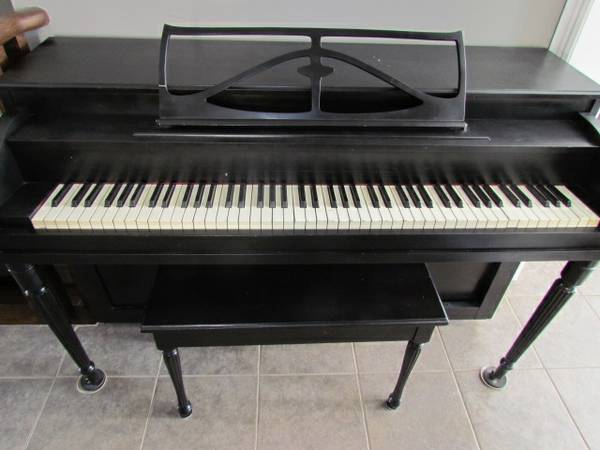 Someone, please buy this $200 piano.  I found it on Craigslist and asked Corey if we could have it for the new house.  He said no and argued that it would be silly to buy a piano right now since:

A) Neither of us plays well.
B) It's difficult to move.
and C) We don't need one.
I thought these were unreasonable arguments but Corey rarely puts his foot down so we will continue to be a piano-less couple.  Darn!  I knew I should have started the negotiation by asking for two pianos!

I still think we'll get one at some point since I want our children to at least learn the basics like I did.  I am dropping the issue since I've already been yapping about it to Corey since I finished work so I thought spreading the word would make me feel better.

I may not be getting a piano this week but that's no reason that some other lucky person in the GTA shouldn't cash in on this great deal!  The seller is in Oshawa and they seem quite reasonable.  If I were you, I would paint it lime green and name it Pianigans... like "shenanigans"... or maybe I'd just leave it black and pretend we're a respectable couple who doesn't name furniture: Your choice.