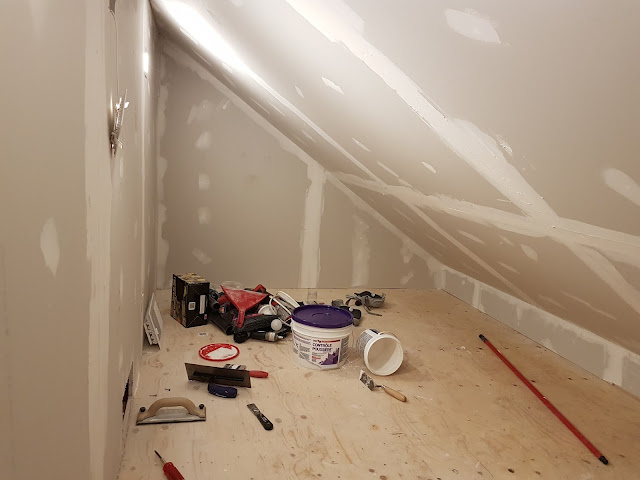 I had meant to post this a month ago but I ended up in hospital early for my c-section. As it turns out, Corey and I were putting the finishing touches on the nursery during Maude's first week of life. While this room is now finished (and totally awesome, if I do say so myself!) I know many of you like to see the process. Here's the last post so you can see what the secret room looked like when we started.

Once the subfloor and electrical were installed (we needed some light in the room and wanted a couple of receptacles.) Corey split the vent from Maude's room so that there would be airflow and then he installed the drywall. 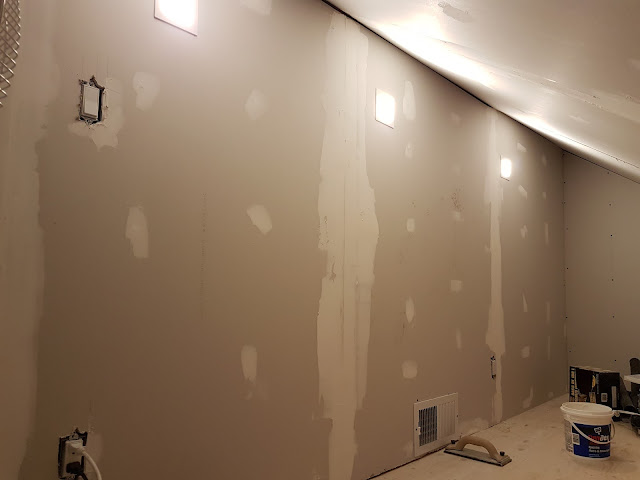 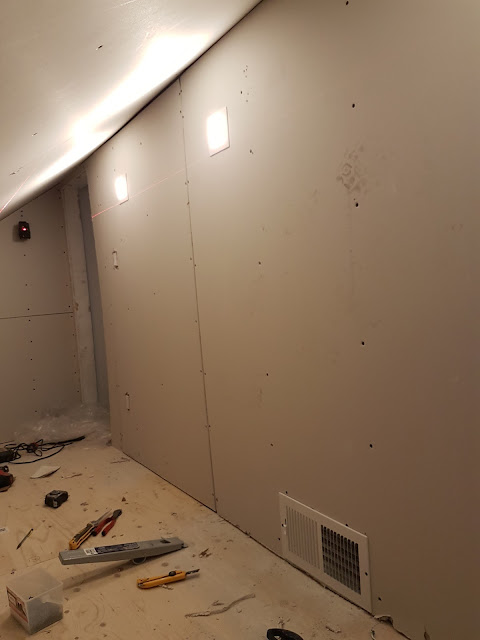 Once that was done, it was time to plaster, paint and then install some laminate flooring. 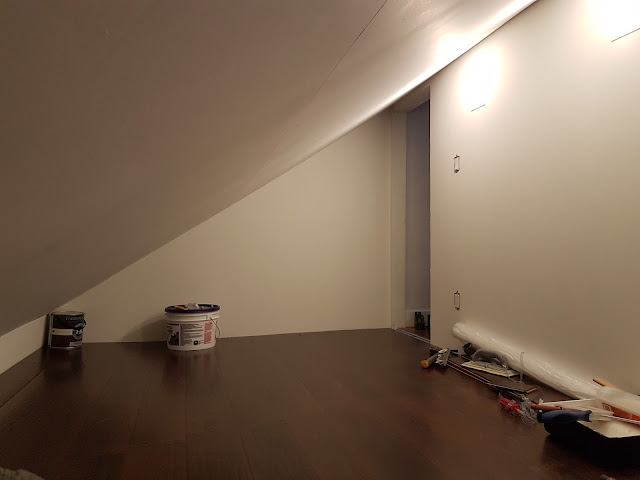 I'll post photos of the finished room shortly. It's such a cool little room. We have friends who were very persuasive in their argument that we should save the room and only share it with the girls when they're old enough to appreciate it. They almost had us sold on the idea but we decided that we wanted them to enjoy it right away after so much hard work. 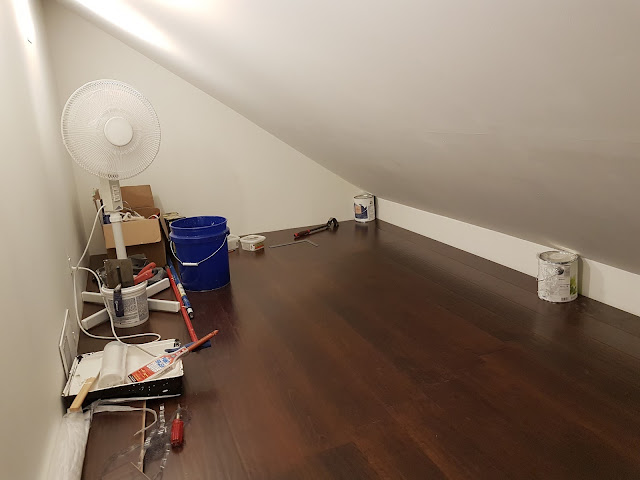 I can't wait to show you the finished room!
Posted by Taylor de Sa at 6:05 pm