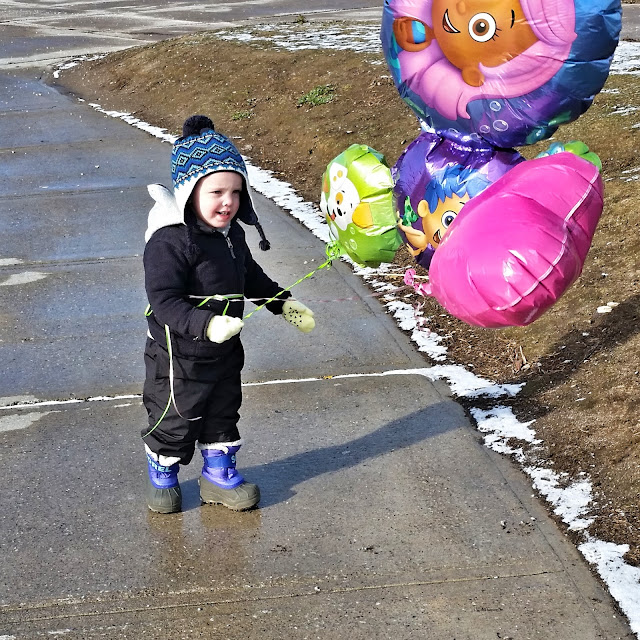 Our Rudy just turned two!  It's so cliché, but I can't believe it was two years ago that we were brand new parents without any idea of what was in store.  Rudy has certainly turned our world upside down, but these have been the best years of our lives!

This is also my favourite age so far!  Rudy's such a real person that I can't get over it!  It seems like every day Corey or I have a new funny or amazing story about her to share with the other.  I saw an old friend a couple of weeks ago and she asked me about Rudy's personality.  I'm ashamed to say that she stumped me a bit because I had no idea how to describe Rudy other than to say that she's a tornado.  I've been reflecting on her question ever since and here's how I describe her:

Remember when I was pregnant and I called her Bruiser?  It was because she was so insanely strong and big and she'd stretch out and all of a sudden I would have new stretch marks and bruises on my stomach.  Well, she's still like that a bit:  She is very adventurous and she likes to explore and climb everything in sight.  If there's something small/sharp/electric or otherwise dangerous, she's already found it!  She regularly falls or bumps her head and just shakes off and keeps going.  She's tough as nails!

She's also so sweet and affectionate and she often just stares into my eyes and strokes my face.  When Corey cuddles with her and gently rubs her back, she reaches her little arm around him pats his shoulders.  She also loves to give us kisses and quick hugs before getting back to playing.

Rudy is fiercely independent and loves to do things on her own.  At school, she loves washing her own dishes and at home she sweeps the floor, waters plants and gives the dogs water.  She insists on carrying her own bag into school each day.

Her language is a little slow coming but she has more words each week and never has a problem communicating.  She loves to "read" books and sing songs but has always also had her own language.  Even if she knows how to express something in words, Rudy's far more physical and prefers to take us by the hand and lead us there.

Rudy's very mechanically minded and loves blocks and tools.  She loves to use a real screwdriver to screw nails into wood- She's just like her dad!

What else can I tell you about her?  Well, her teachers say she's really focused in school and can't wait to get started on her "work" each morning.  She can be a bit shy in large groups but at home we see an awesome sense of humour.  She is pretty confident and likes to applaud her own accomplishments with some clapping and a loud "Yay!"  What a girl!

For Rudy's birthday, we decided not to have a party.  The move has been crazy enough and we're only just starting to move into our new house.  Also, she's still not a huge fan of crowds and we thought she'd prefer if we gave her a day with both parents, which has been rare lately between the move and my work schedule.

Of course, we ended up running a gazillion errands with her (as you do when you both have a day off from work.  Our "to do" list included items like: get winter tires put on both cars, buy more baby gates, exchange the bathroom mirror etc.) but we also managed an hour at the zoo.  We also bought some Bubble Guppies balloons for Rudy and she loved running around with them saying "Weeeeee!" so we could have taken her anywhere and it still would have been the best day ever! 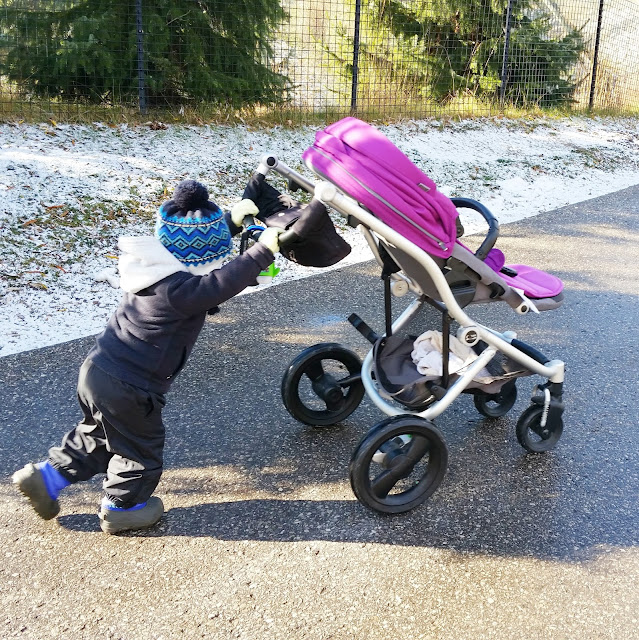 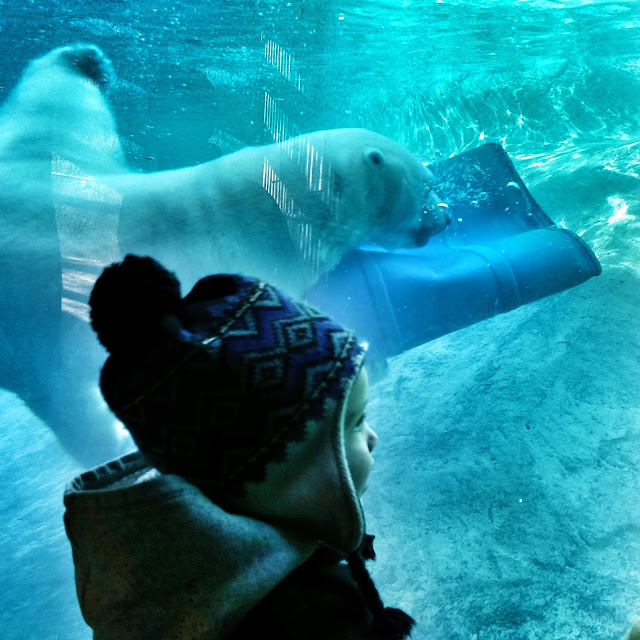 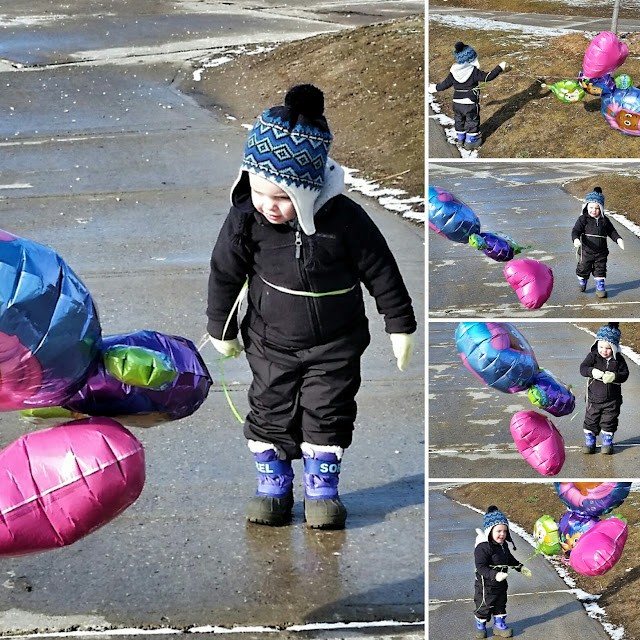 We're still setting up the house and are doing the bare minimum in terms of Christmas decorating this year (hence the sparse living room and tiny fake tree) but we are making an effort with Rudy's new room.  It's not quite finished but she already loves it.  She was so excited about it tonight that she hugged me and said "thank you"- I almost cried!  We'll share photos soon. 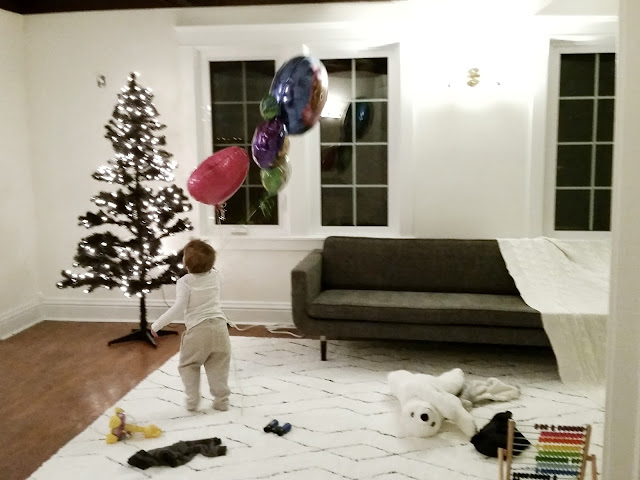