Nursery Furniture and a Pregnancy Rant 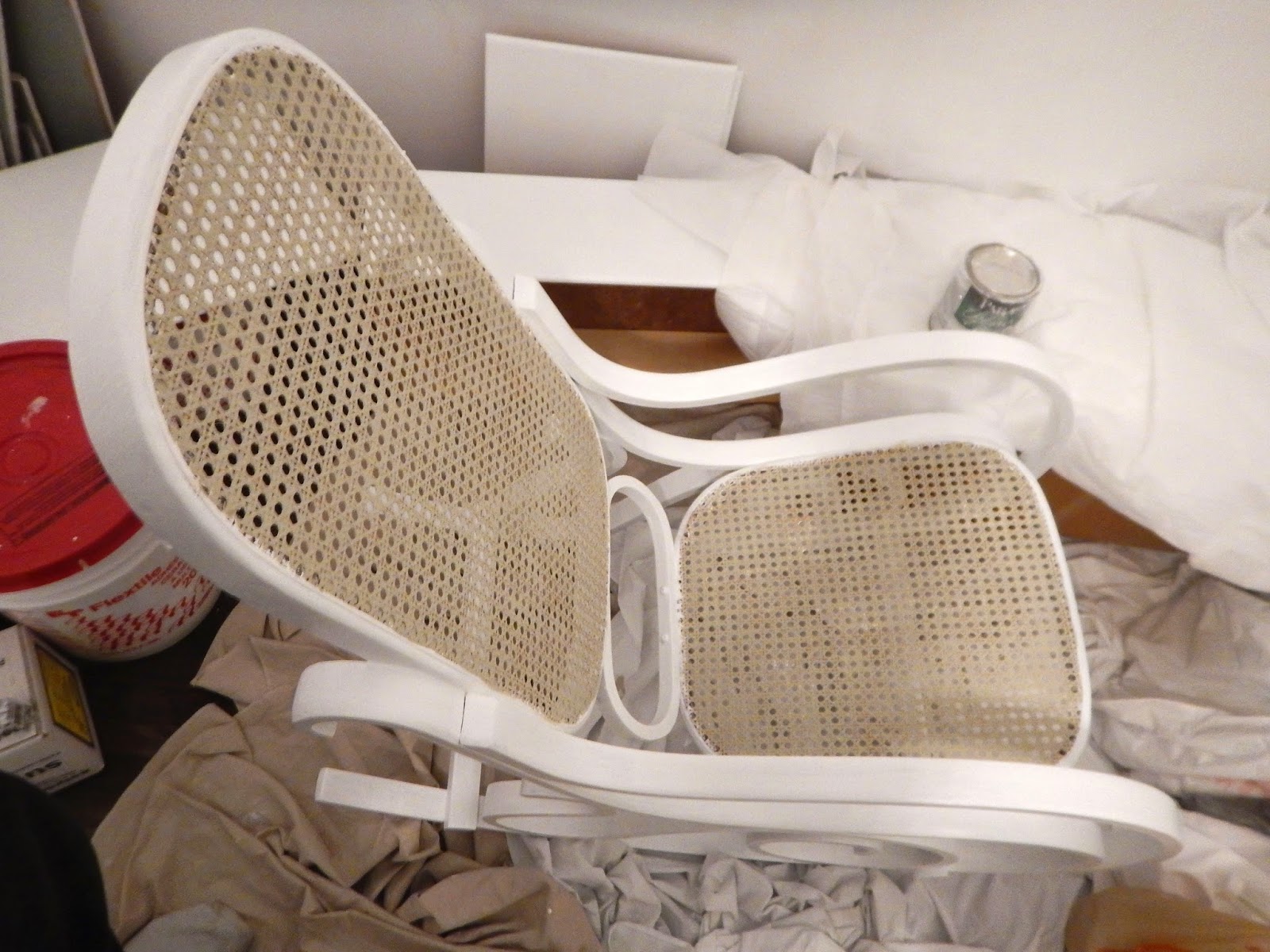 Well, baby Bruiser is coming any day now and I strongly resemble (and feel) like Jabba the Hut from Star Wars.  My pelvis has been separating, I have gestational diabetes, I can barely move and it is finally time to stop working (Don't worry, I'll be back to work in mid-January, once I've healed.) and prep for baby.  Meanwhile, our house is in SERIOUS chaos and I'll admit that Corey and I have days when we feel like we've bitten off more than we can chew.  Still, sometimes the only way out of a mess is through it and so we're pushing our way through these renos!

Unfortunately, at this point, I can barely move and people basically have to bring me things.  It's terrible for me and terrible for Corey, my mom and my brother who bear the brunt of my demands and hangry pregnancy cravings.

Luckily, your family sort of has to love you and help you even when you're hormonal and awful and Corey and I have been getting lots of help as we he works to complete the kitchen and nursery.  At this point, my own contributions are limited to directing and overseeing... and occasionally peeing my pants.

During the past few weeks, my mom has been working to get our nursery ready.  It involved a lot of painting of walls and furniture.  One of the things I love about our nursery is that every piece of furniture is second-hand or repurposed and a few even have a story behind them.

See the electric fireplace in the photo below?  Well, it was one of the first things Corey and I bought when we moved into our condo nearly five years ago.  It's just a little electric fireplace but I remember being so excited when we first moved in and (we renovated the condo before we sold it) I remember eating dinner on the floor in front of it while Corey took a break from installing our flooring.  It's actually very cozy and we thought it would be nice to have in the nursery to stare at during late night feedings. 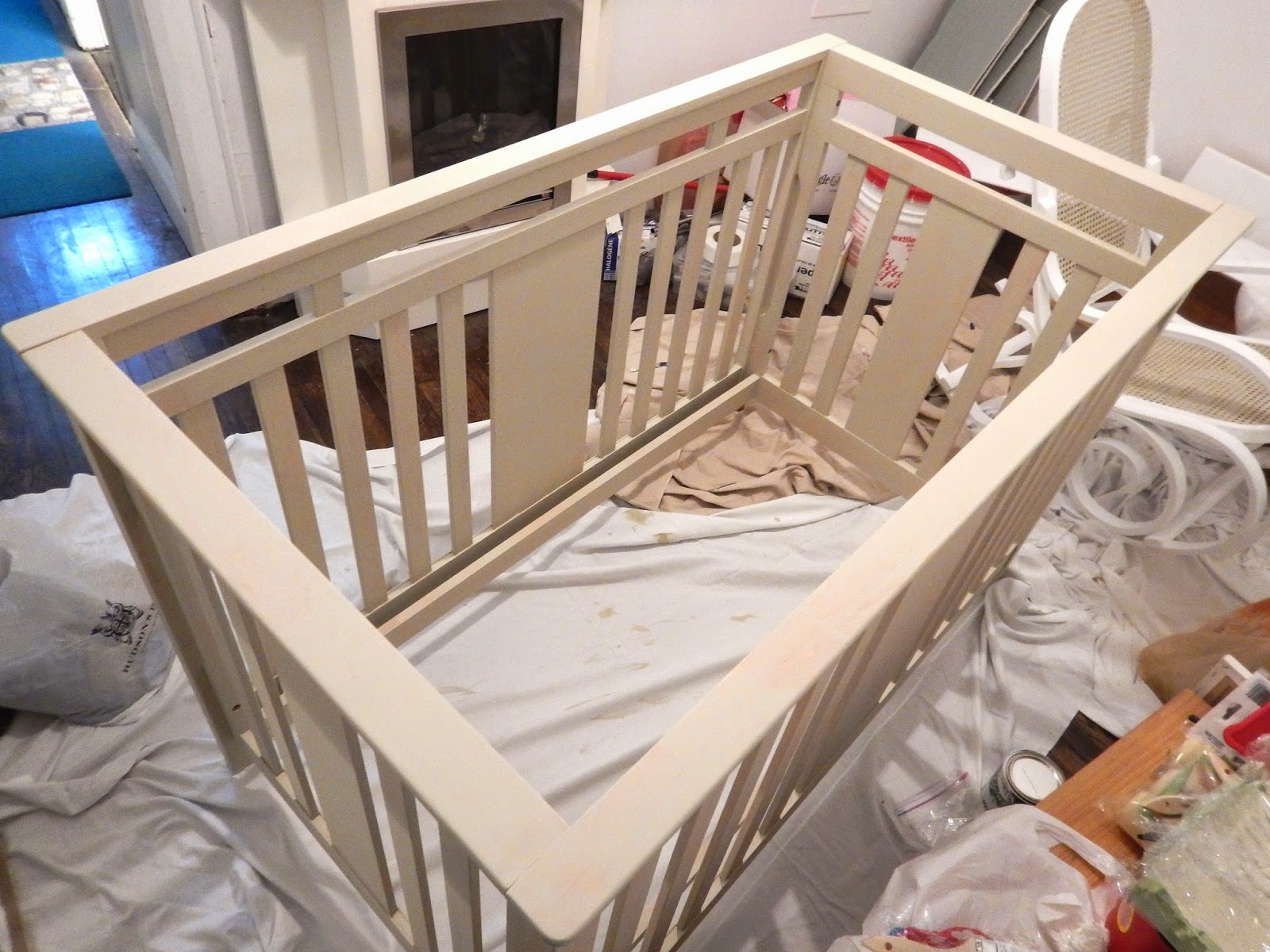 Here's a photo of the fireplace in our condo.
The crib was a gift from very dear friends.  Their oldest son (we call him our nephew) used it and now he's passing it along for his "cousin" to use.  Not only is it beautiful, but it feels special to have something that has already been loved by people who are close to us. 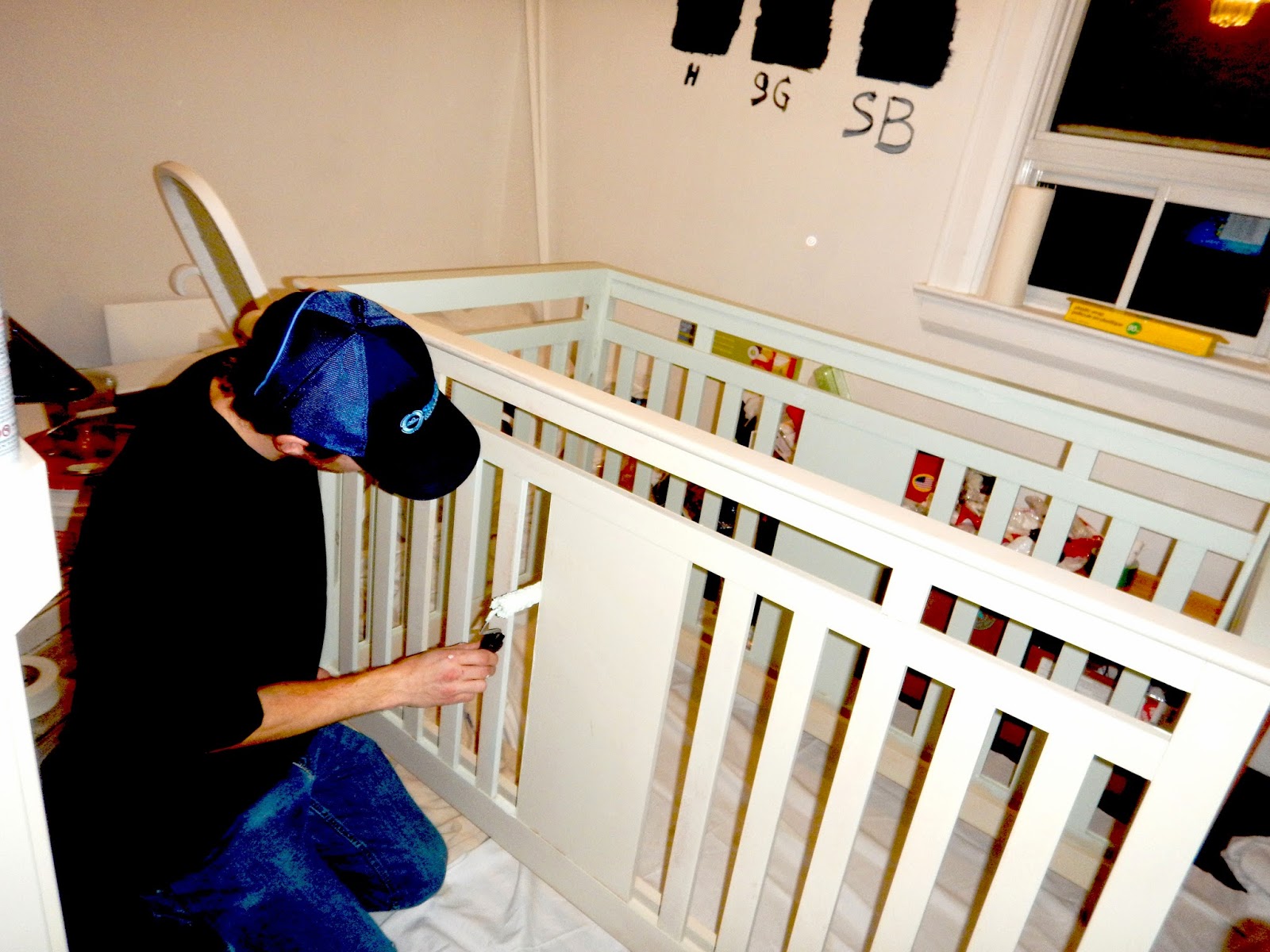 This bentwood rocker is identical to the one my mom had in my nursery as a baby.  I actually bought it from another new mom who was selling it on Craigslist a couple of years ago.  When I saw it, I knew I'd want something nostalgic for my own nursery. 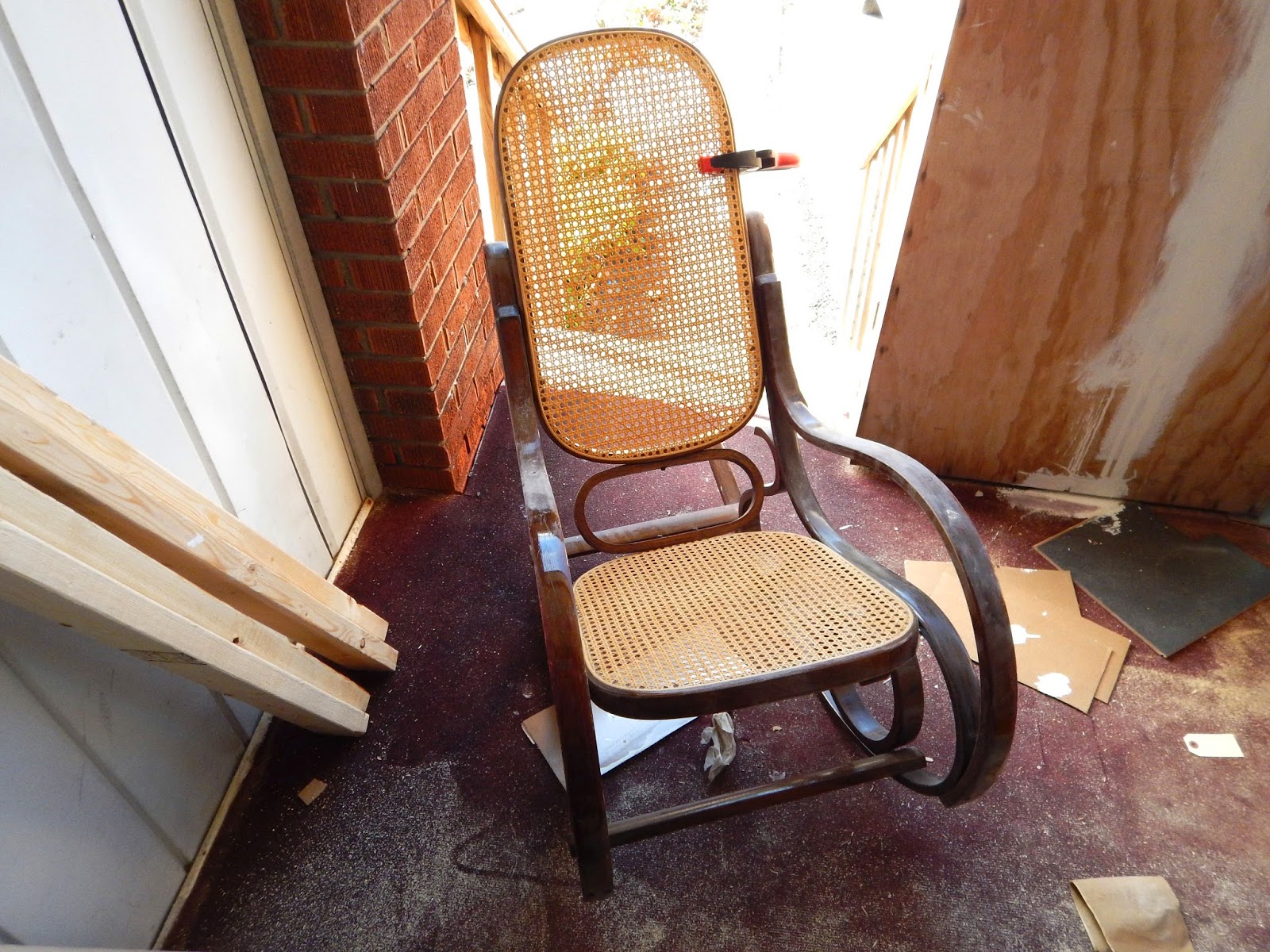 We ended up painting the frame white and the caning in the same green we used for the crib.

This armoire has followed me everywhere.  It was in my own nursery when I was a baby (it was white back then) and then my brother's nursery.  When I moved out to my first "grown up" apartment to live on my own for the first time, Corey helped me paint it green.  It lived in the office in our condo, when Corey and I moved in together.  It sat in our family room in our new/old house housing extra kitchen gadgets that we didn't have storage room for in the kitchen.  It is thirty-two years old and hopefully ready to be pretty and useful again. 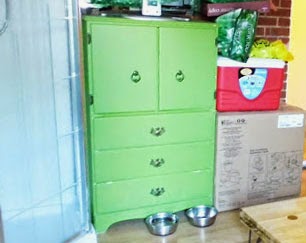 We're painting it white again and we bought some new hardware and we're excited to show you guys what it looks like with a bit of tlc! 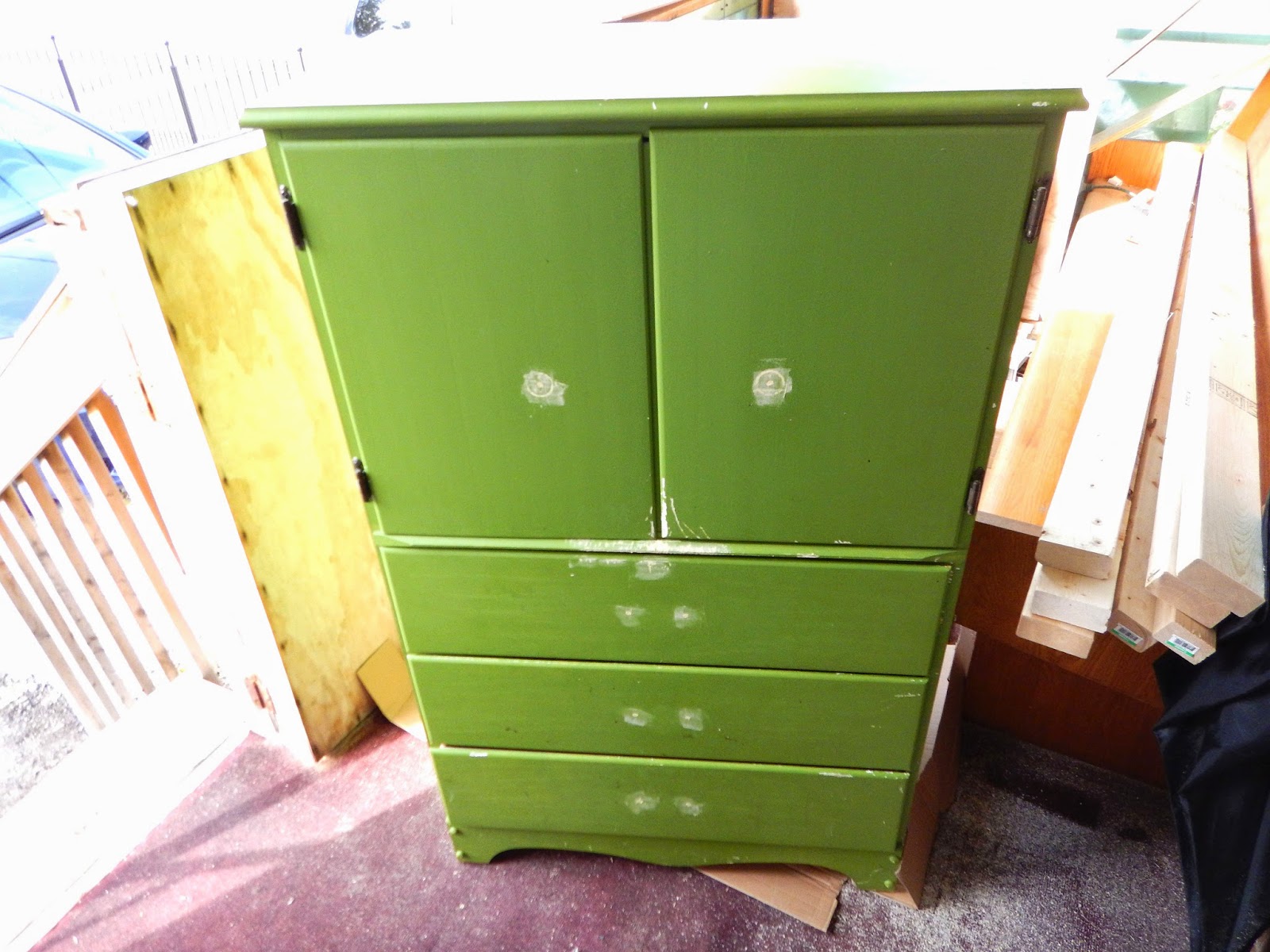 I don't have a photo of it in the nursery but our change table is actually the vanity that we had installed in our bathroom when our sink sprung a leak last year.  We were desperate for something and I loved that the vanity mounted to the wall so that I could control the height and store things underneath.  Corey installed it temporarily (we hadn't even reached the demolition phase for the washroom at the time) but we eventually discovered that it was a little too wide for comfortable... toilet placement!  Basically, once the bathroom was farther along and the tub was in place, we learned that you could only sit on the toilet beside this vanity if you leaned heavily to the right.  Envisioning ourselves citing this as the reason for the dissolution of our marriage in the future, we opted instead to just buy a smaller vanity.  We were clever enough to save this one (which has plenty of drawer space) to use as a nursery change table in the future. 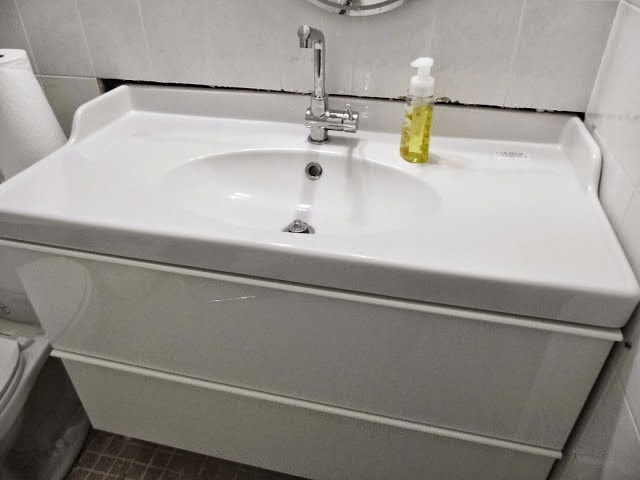 While not exactly furniture, we're using these Ikea spice racks in place of a bulky book shelf.  We're painting them the same green as the crib and mounting them low enough that next year, Bruiser can bring us her own books! 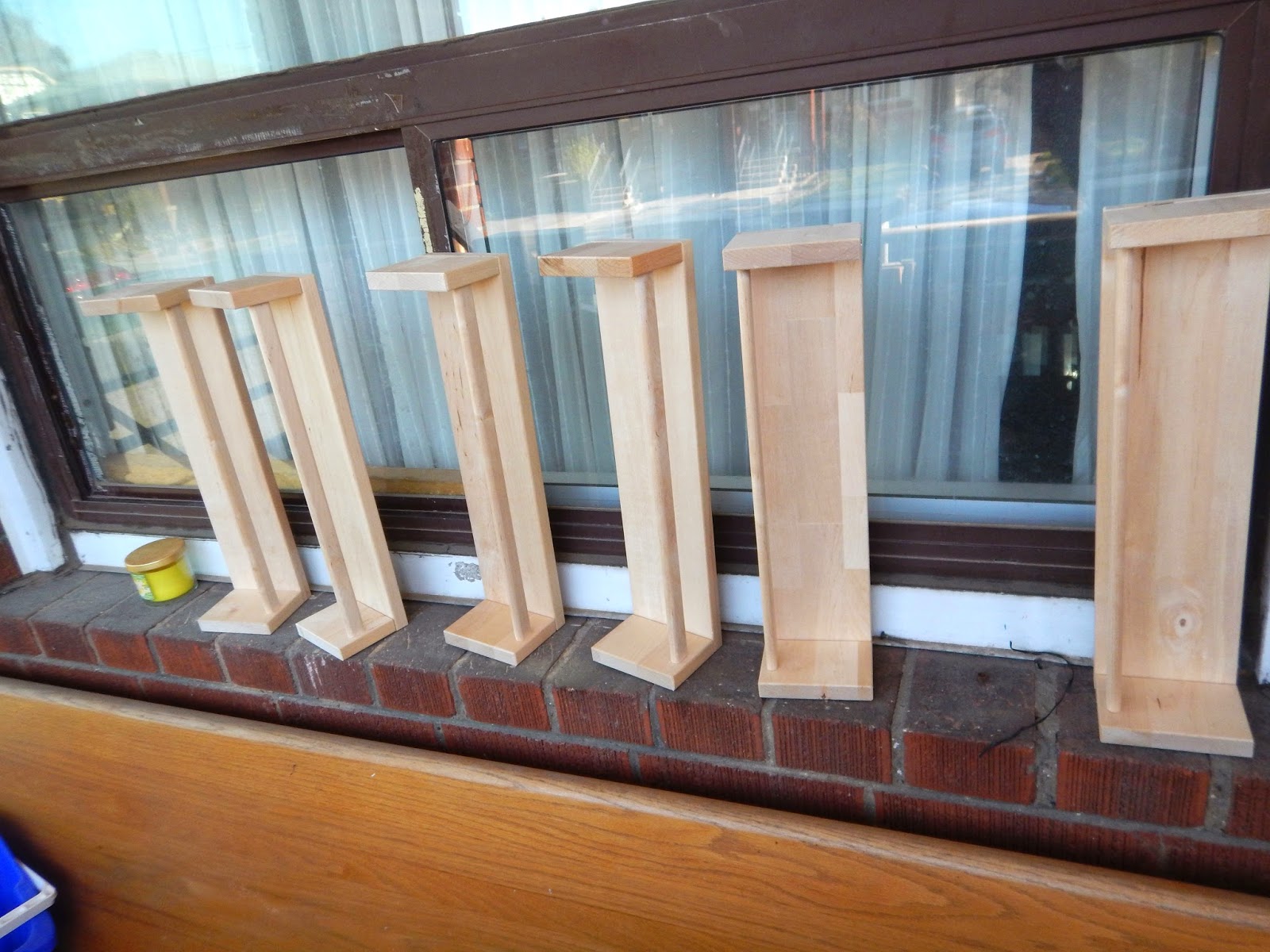 Well, you've seen most of the ingredients and now I can't wait to finish putting it all together to show you! 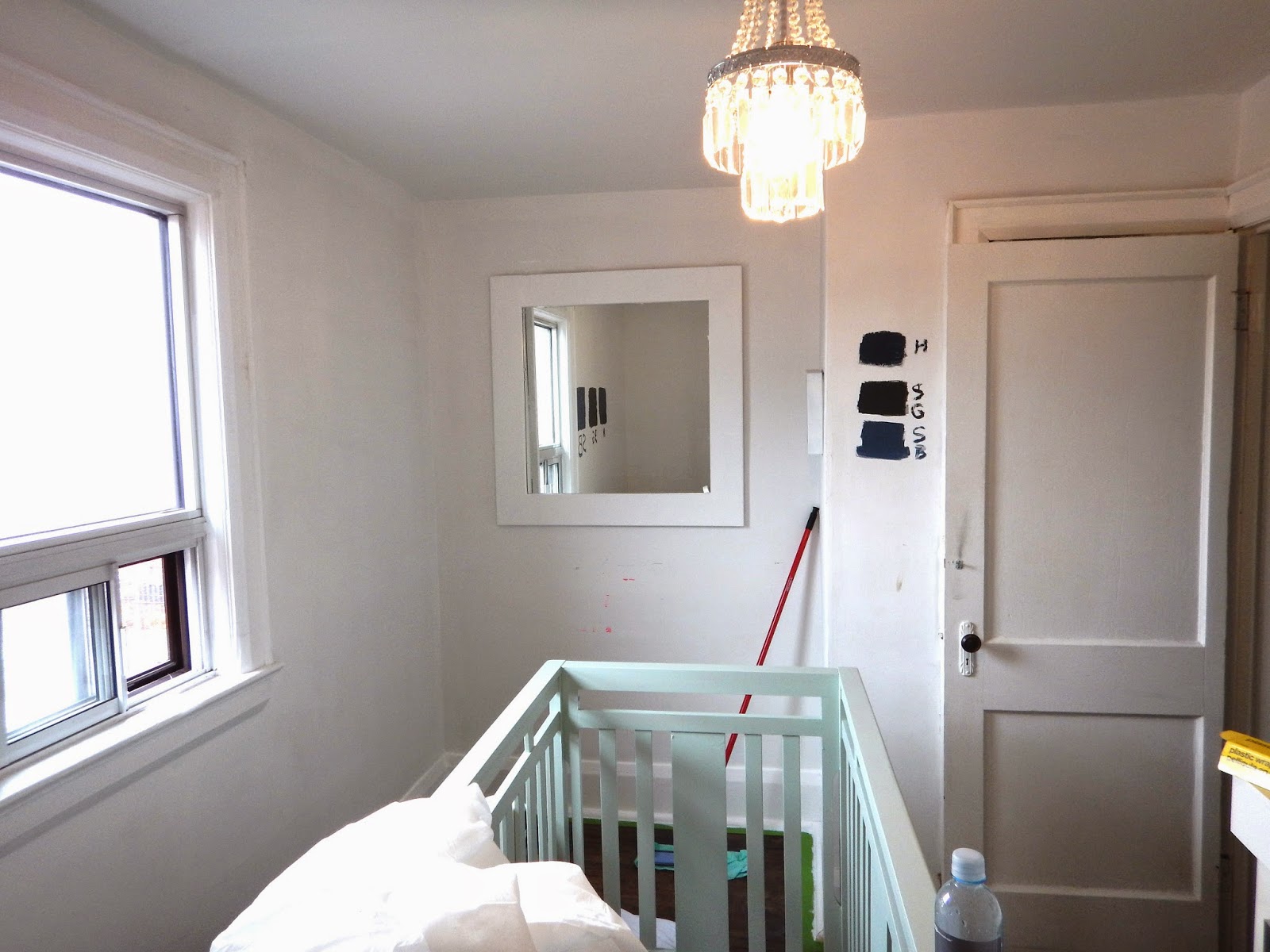 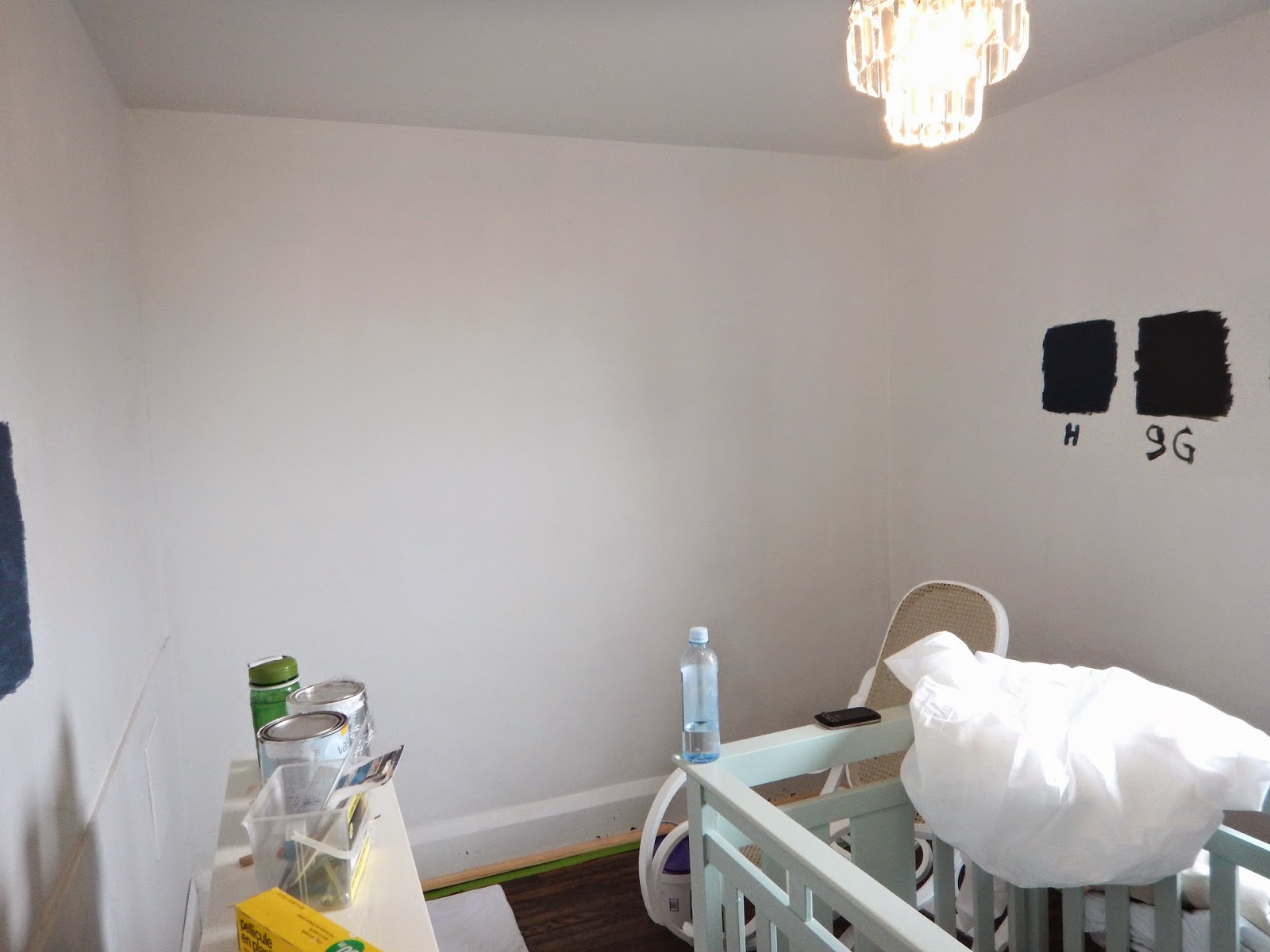 We are almost there... Luckily!  We expect to finish with a day or two to spare! 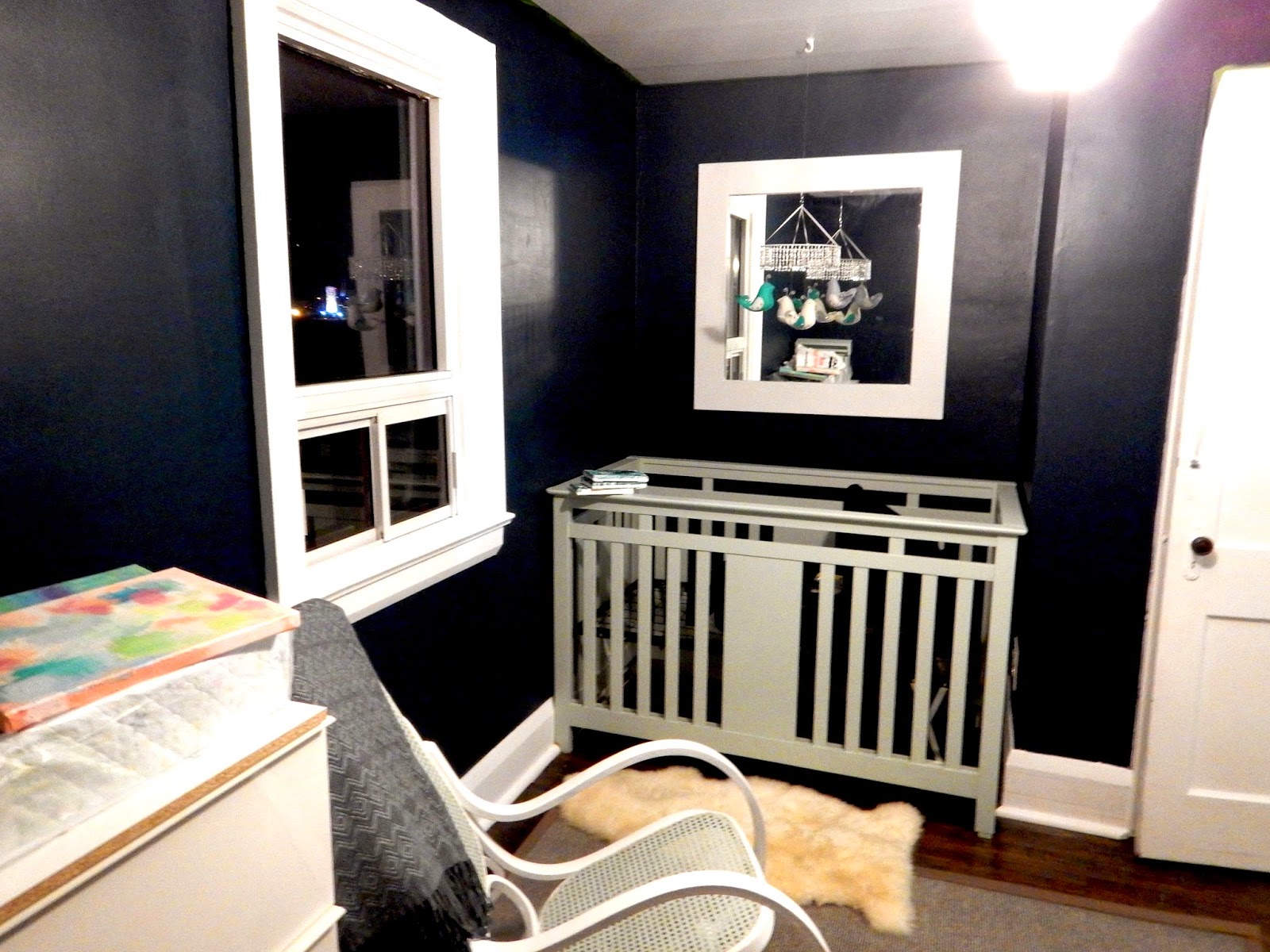