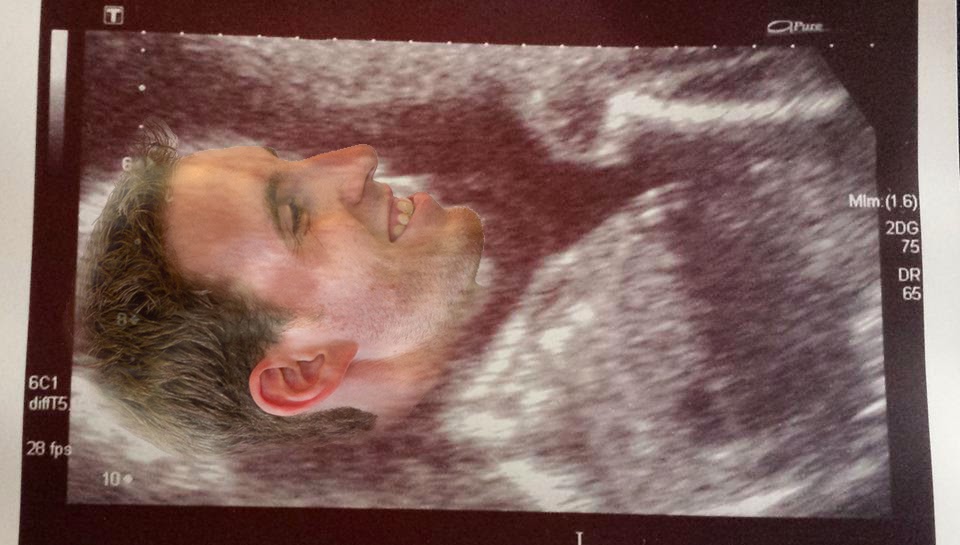 Okay, I'm going to start by saying that I do not have Corey's permission to creepily morph his photo onto our ultrasound photo of Singleton (or Bruiser, as we call her now.) but I really do think she looks like him a bit in the face.  What do you think?  He's not happy about the photo but he already knows I'm a huge dork so it's not exactly a surprise. 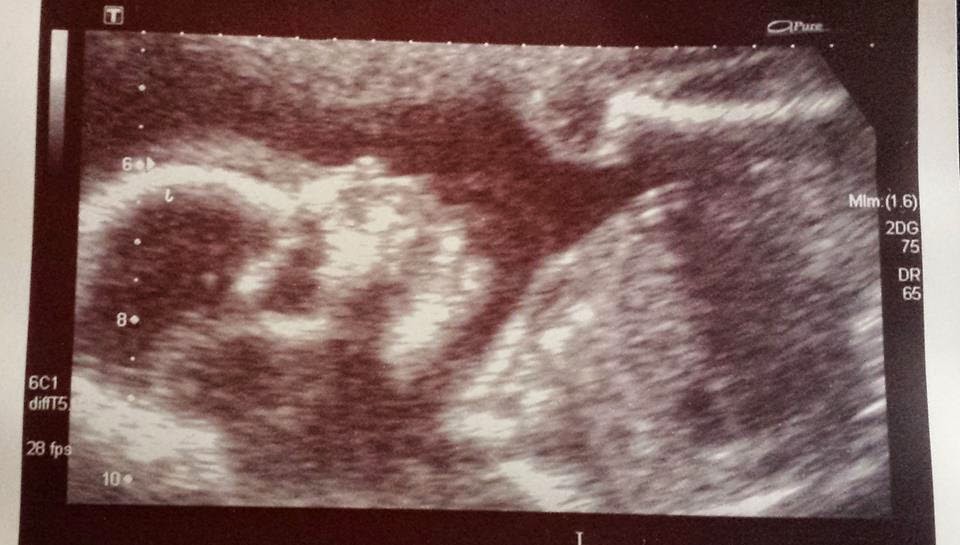 Did you ever wonder what your baby would look like?  We're getting closer to our due date and I never got around to having a 3D ultrasound so now it looks like we'll just have to wait and see.  I'll admit that I'm a little curious, since it's difficult to imagine her as a person without a visual.  We already feel like we know her a little and we interact with her when she lets us.  So far, we've noticed that she's VERY active, seems to hate anything resting on my belly (she kicks at it right away) and seems to only calm down for soft music and long walks.  She also seems to recognize Corey's voice and is always more active when he's talking.  All that's missing from our imaginations is her face.

Do you guys remember that hilarious scene in How to Lose a Guy in 10 Days where Kate Hudson's character tries to freak out Matthew McConaughey's character by morphing their faces and making a photo album of their pretend children?  That scene always has me in stitches!  Remember these lookers? 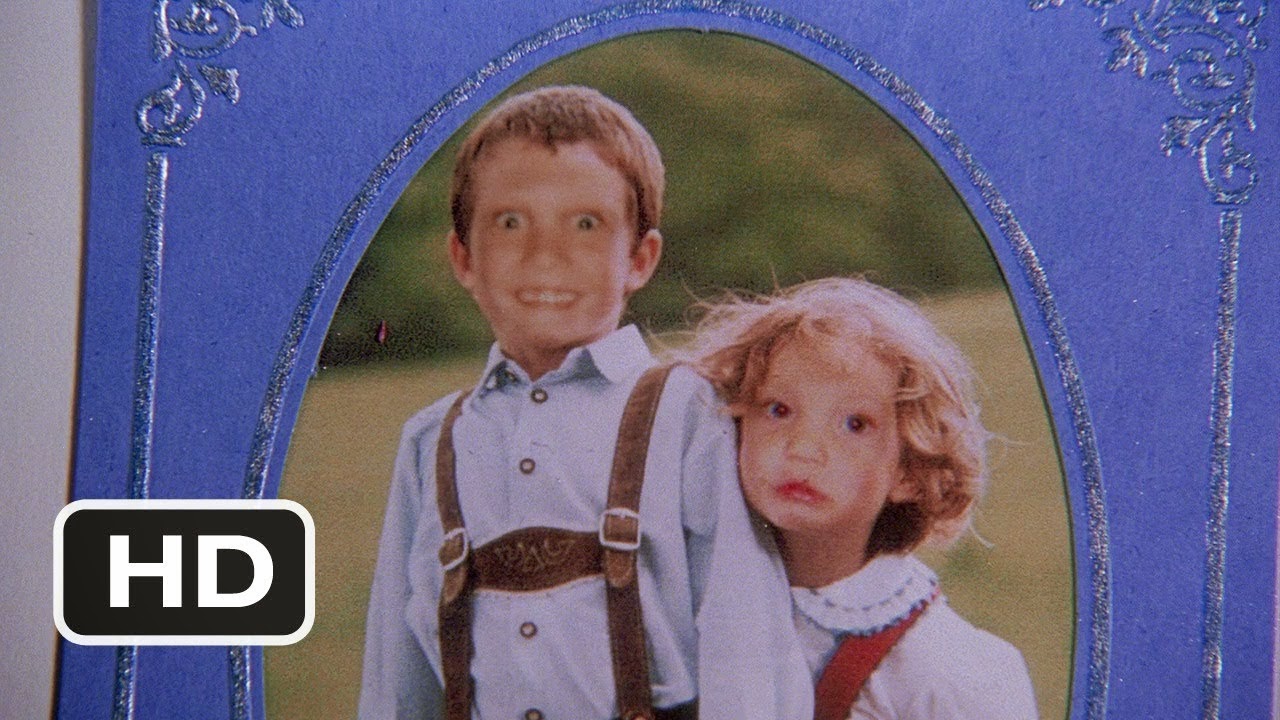 So, I was tempted to make my own at MakeMeBabies.com.  The process isn't exactly scientific and the result wasn't hideous but it does seem to have and unsettling quality, don't you think? 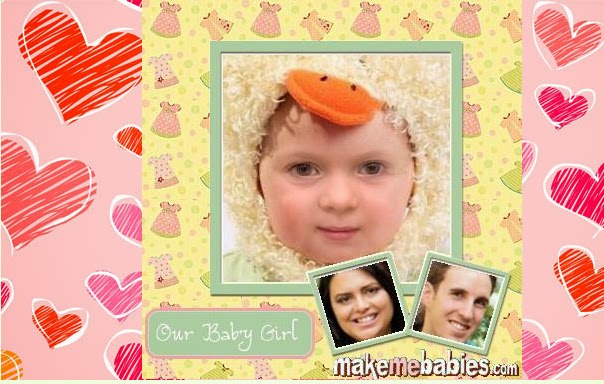 Those eyes!  A little freaky, right?  Let's hope the real version is a little cuter and a lot less sinister.  Here's our 33 week ultrasound photo.  It's the first time we had a chance to see her face.  Look at those cheeks! 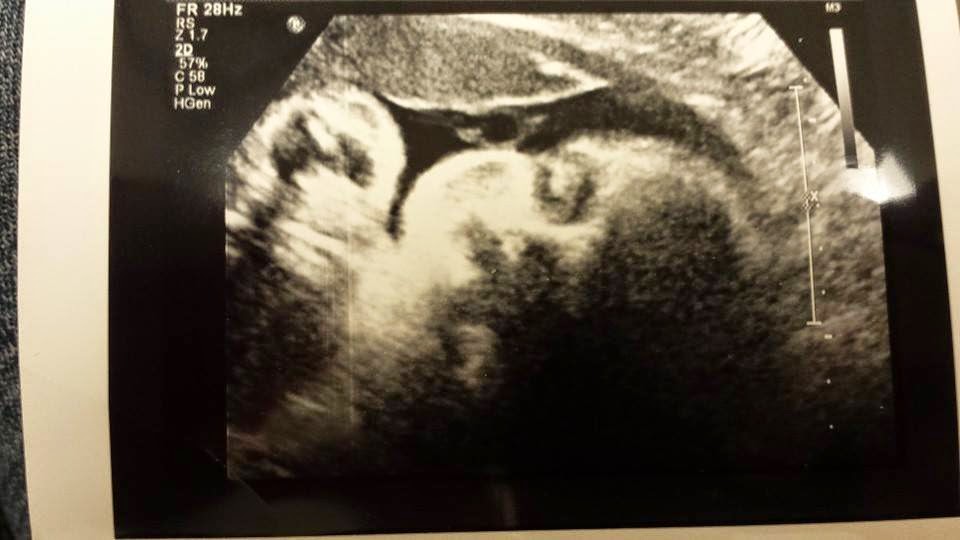