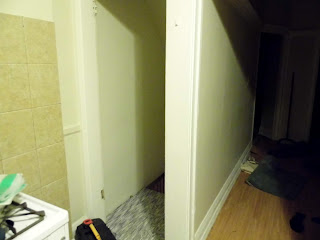 ﻿
So we were enjoying a glass of wine and admiring this little corner of the house and I said to Corey, "You know what this room needs?  Another hole in the wall!"

Okay, that's not exactly what happened but... it's not far off.  Here are some photos taken of our kitchen the week we moved in.  Note the cheap laminate flooring in the dining room and the lack of a giant hole in our dining room wall.  Ahhh... those were the days. 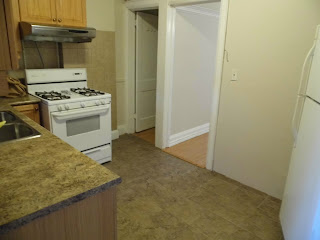 We knew right away that we wanted to move the access to the basement from the kitchen (where it was taking up prime kitchen storage real estate) to the dining room.

We knew that if we moved the door to the perpendicular wall, we wouldn't need to move the stairs or the landing.  Check out our brilliant master plan: 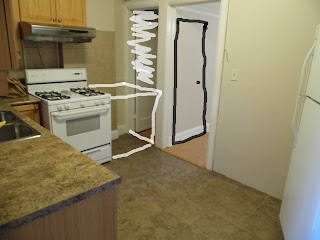 But we were forced to set our plan in motion a little earlier than expected when we realized that we would need a larger opening to fit our new washer and dryer down the stairs to the basement. 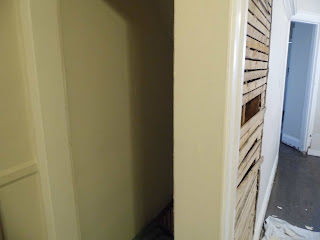 And so Corey was forced to open that wall over a year before he would have time between projects to close it. 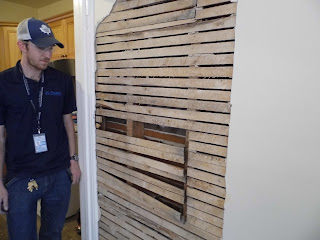 With our kitchen reno underway, it was important to close the wall from the kitchen side.  We also decided that, while a dog gate keeps the dogs out of the basement, it might be nice to actually have a real door... that we could actually close... in place of the big ugly hole. 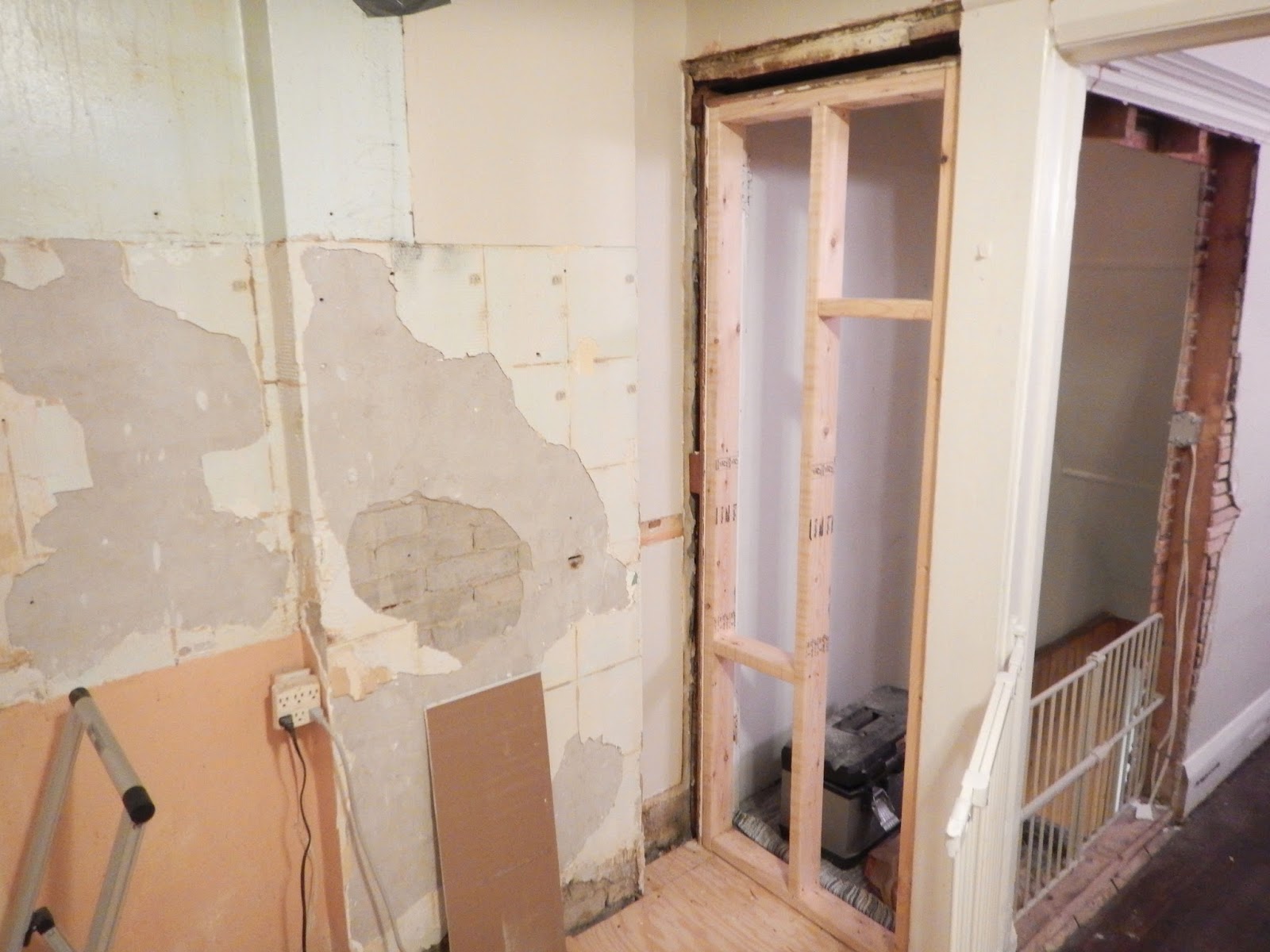 First, Corey framed and drywalled the opening in the kitchen. 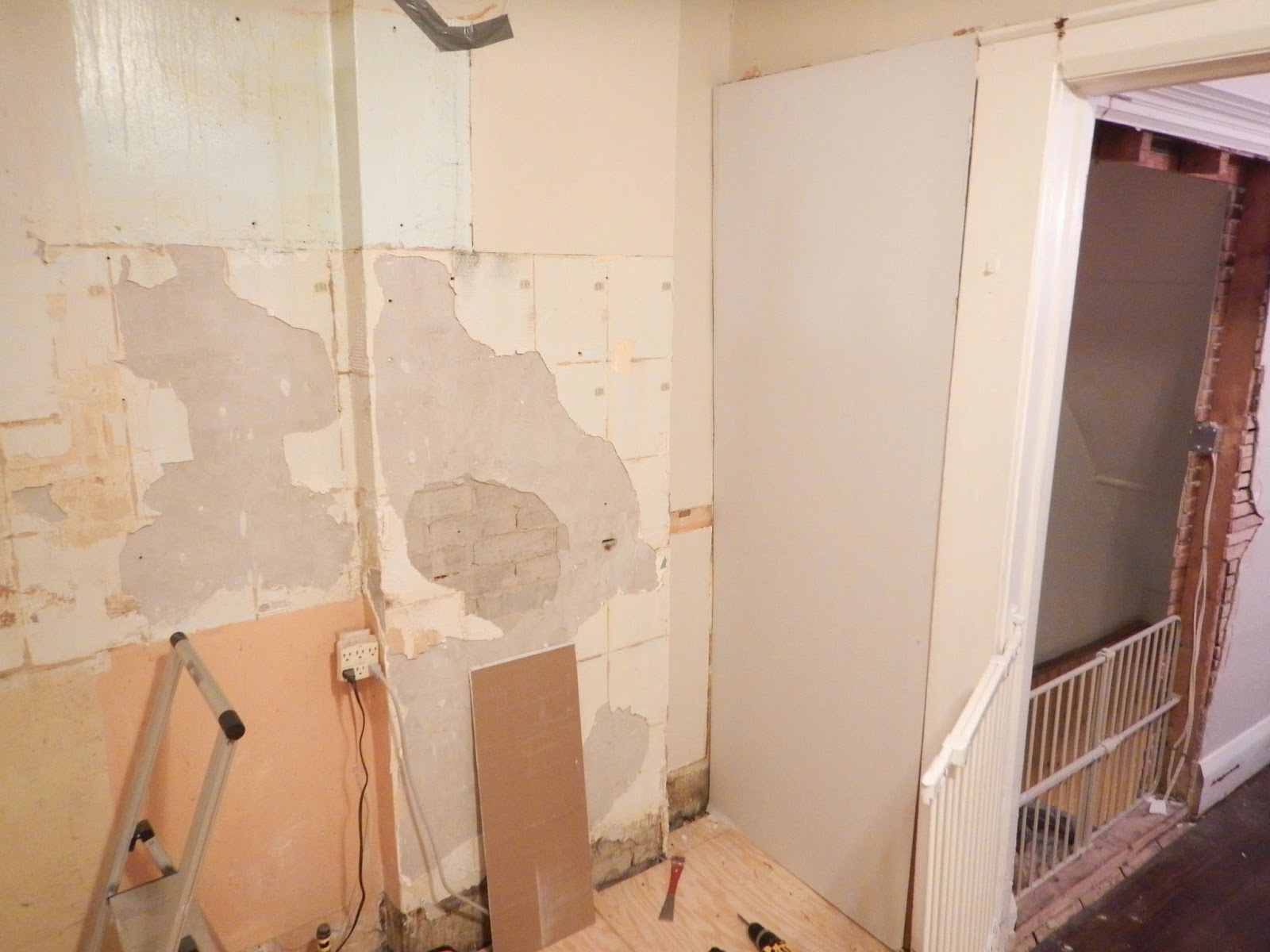 Before framing the doorway in the dining room and finally... 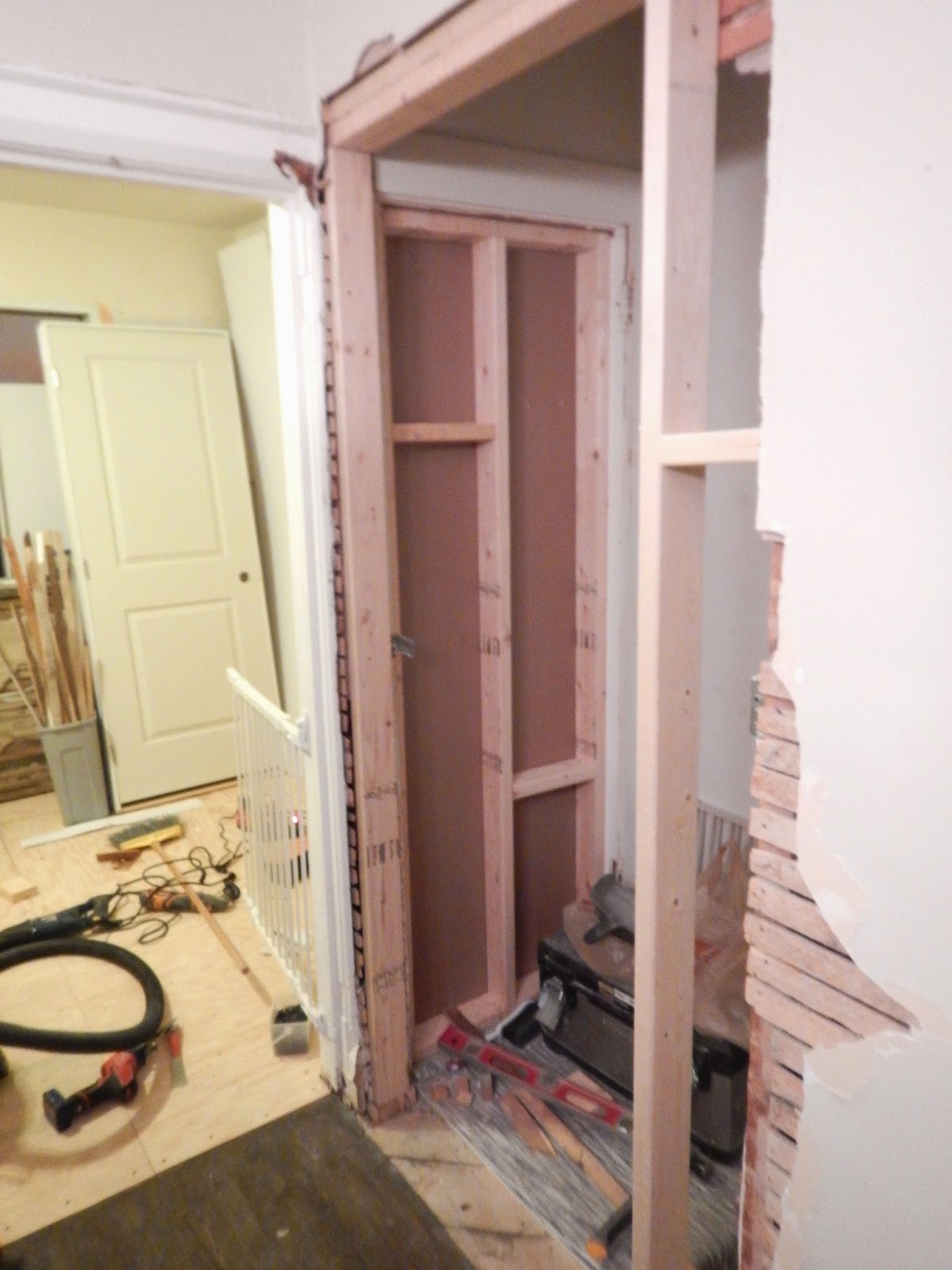 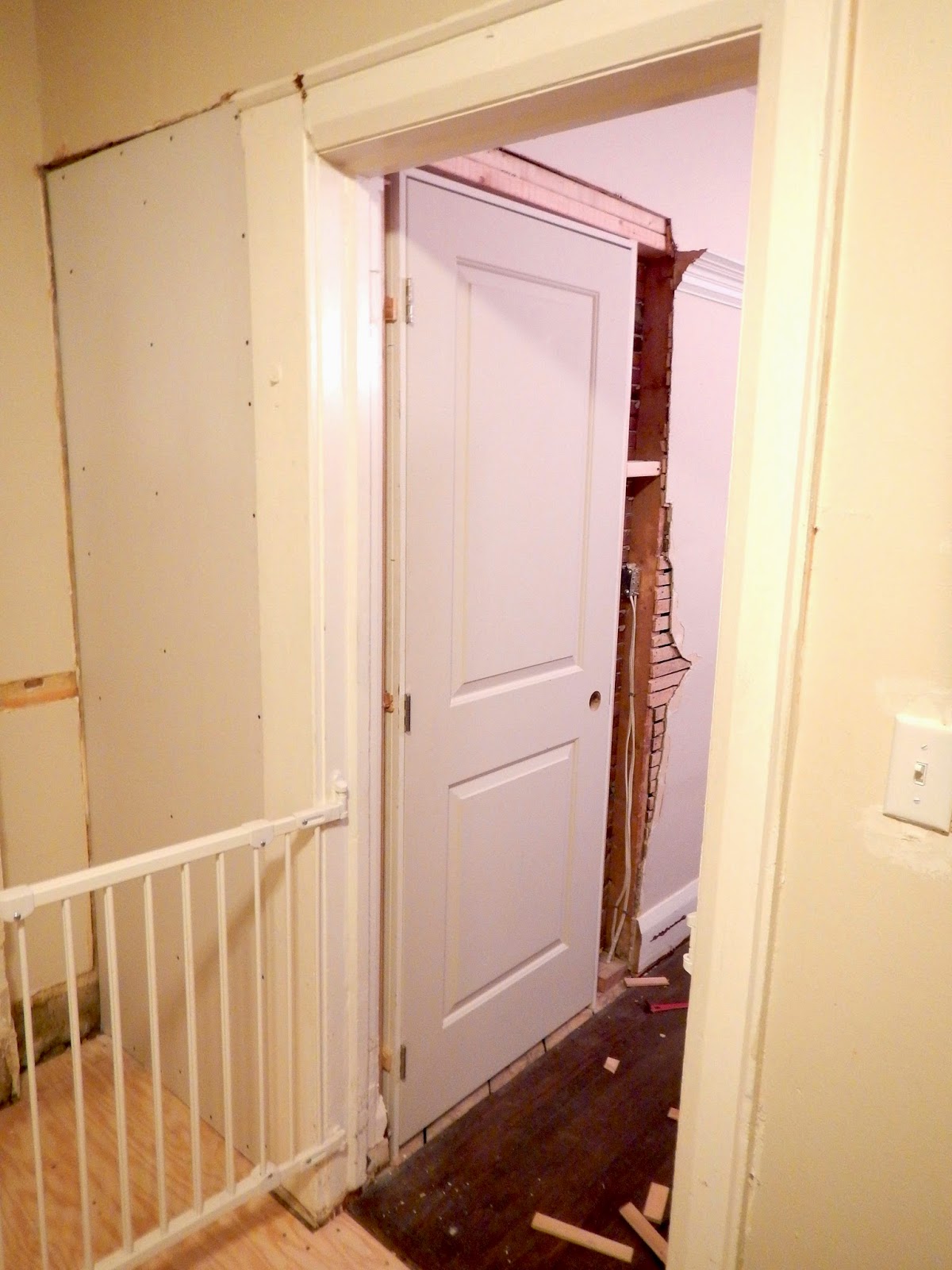 The touch-ups are being done on an ongoing basis, but I would say this is an improvement over the empty hole.
Posted by Taylor de Sa at 12:21 am