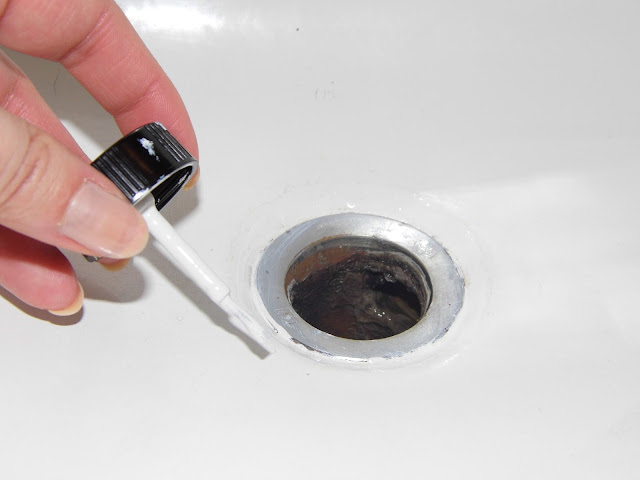 There comes a time for many homeowners when it's time to draw a line and decide not to renovate any further.  As a Realtor, I often caution seller clients against over-renovating.  That is, renovations that cost more than the owner can hope to recuperate from a sale.  Obviously, if an owner plans to stay in a home for years, there must be some consideration of the value of their own enjoyment of their renovations, but for someone (like us) who planned from the beginning to move again in a few years, it is best to draw a line sooner.

For us, that time came two years ago when we installed new flooring.  At that point, we had renovated the kitchen, replaced the flooring and upgraded all the electrical and plumbing.  I knew that if we continued, we would not see a huge difference on resale and so we stopped.  This was very difficult, since we really wanted a perfectly finished home but I followed the same advice I would give to my clients.

We had some original built-in vanities in the washrooms and I changed the pulls and painted them to spruce them up but changing them would have been a larger job (think, replacing tile underneath) and would have involved a full bathroom reno.  I would have LOVED to have done the bathrooms but they were in pretty good condition so we painted walls and vanities, changed the mirror and light fixtures, used accessories to make the colour scheme look as if it were "on purpose," and added a waterfall faucet purchased for a song on ebay. 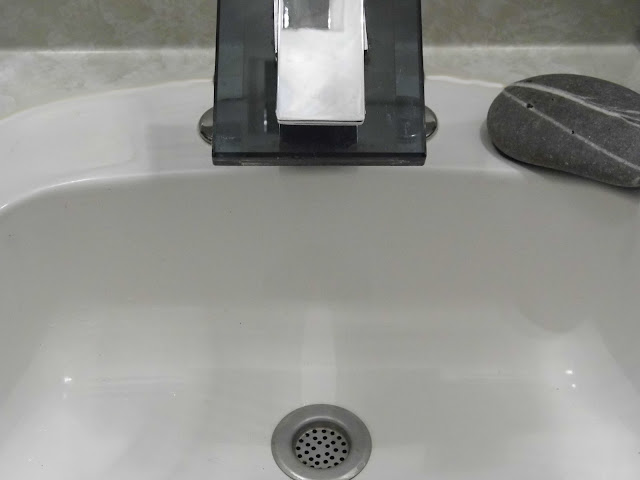 Despite all our work, I couldn't get over the chips in our sink but a replacement would have meant replacing the counter and that would mean the rest of the vanity and then the tiles... you get the picture.  I know they always say not to attempt reglazing on your own, and I would agree for a large scale project; but for a couple of little chips, I prefer the DIY route. 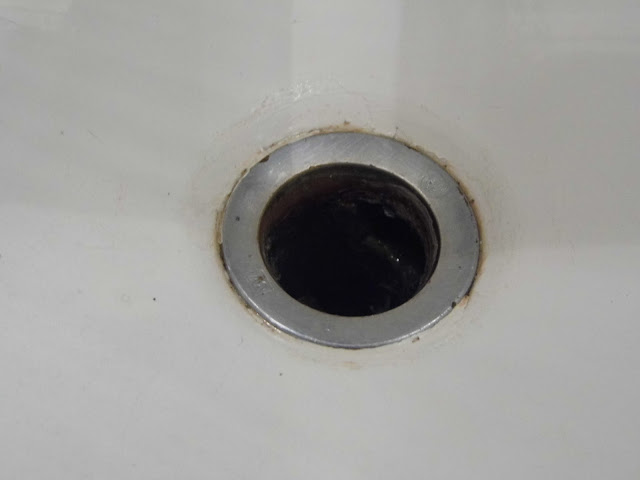 Here's my step-by-step guide to how the magic happened.  Although, I go into detail, trust me when I say that this is easy and probably takes about 40 minutes... once you get home from Home Depot and put away the new tools your boyfriend just bought. :)  I can't stress enough that you shouldn't be afraid of this.  I have ZERO hand-eye coordination and yet I still managed to pull this off.  I seriously doubt that you could ruin your sink by trying this so you really have nothing to lose! 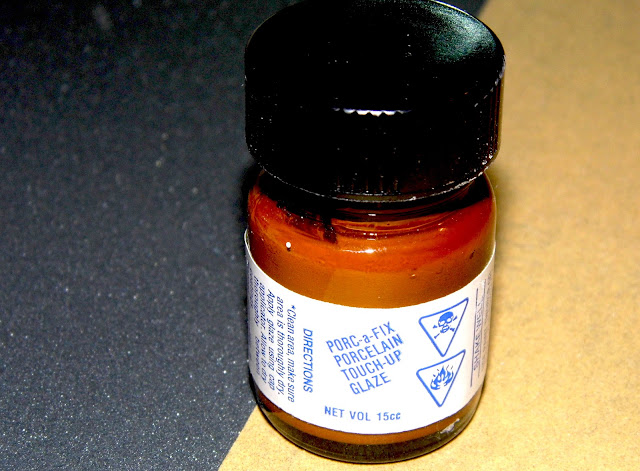 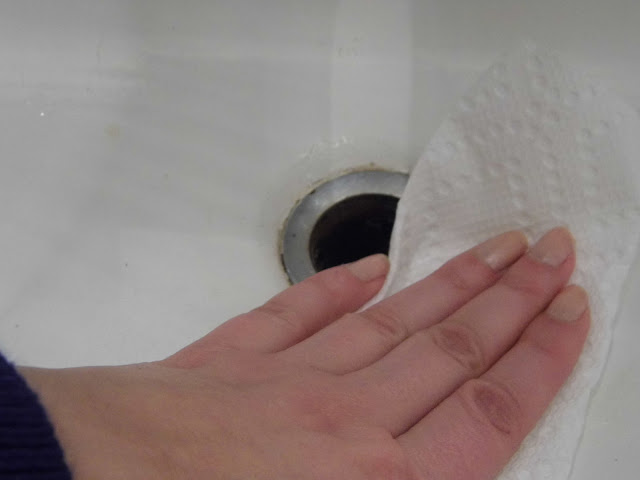 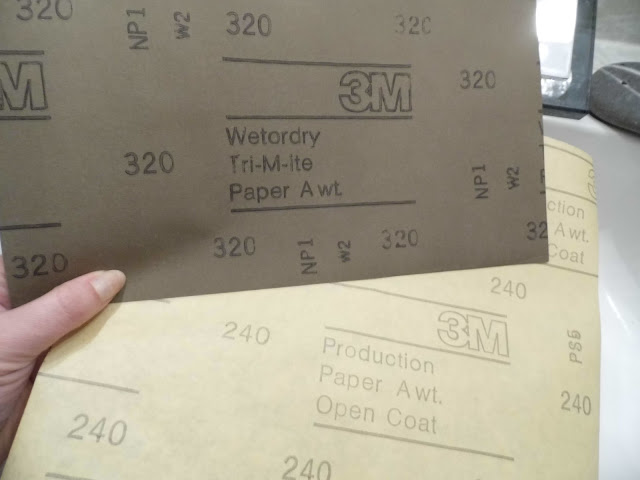 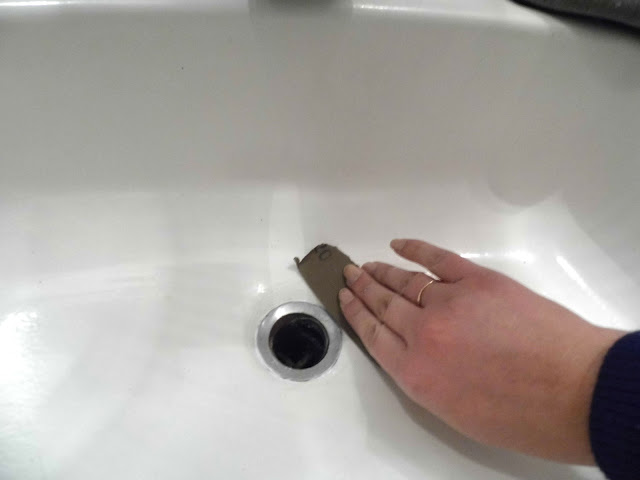 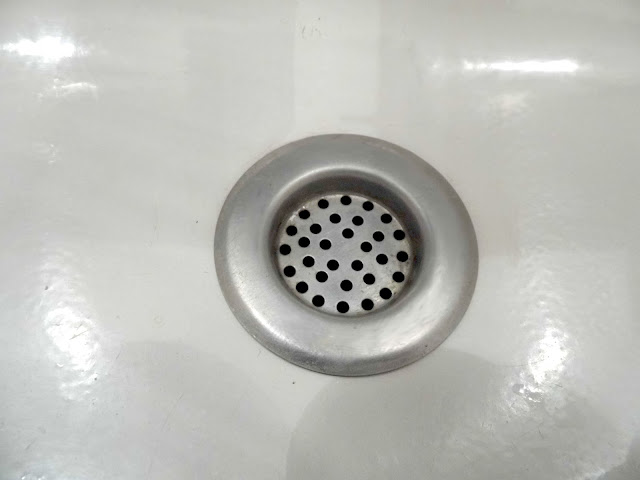 Presto!  You now have a presentable sink which cost about $30 and less than an hour of time!

Corey has found a discrepancy with my Home Depot story and I don't want to end up writing a retraction so I would like to clarify a couple of things:
1.  Corey thinks the reglazing was actually his idea.
2.  This did not remind him at all of applying nail polish.
3.  He is ALWAYS right about this sort of thing. ;)