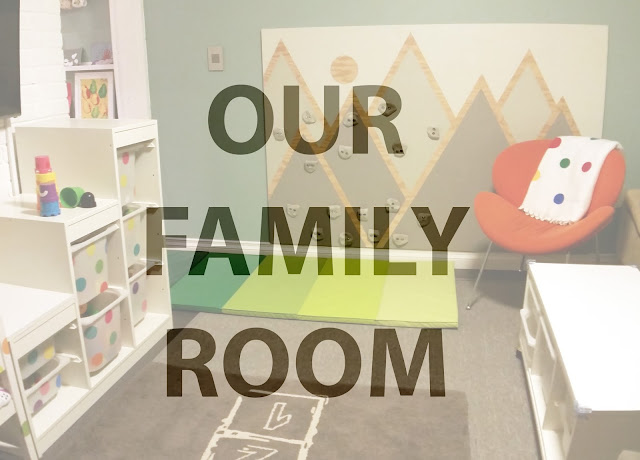 I know you guys like before and after shots so I'm really excited to show you how much we have transformed our family room.

It has actually made a huge difference to our family to have this extra little space where we can hang out as a family.  It's mostly a play space for Rudy, but Corey and I often find ourselves hanging out there in the evenings to watch movies or read.  It has become our happy space and isn't that really the point of customizing your home?

When we began decorating, we made a decision to keep everything colourful and fun.  This is not a sophisticated room but rather a place for us to be silly and connect as a family.  It looks like a five year old decorated it but that just adds to the fun!

Here's a before and after view facing our kitchen.  Note, the old shower stall in the "before" picture.  :S

Here's the opposite angle.  These photos were taken from the entrance of the kitchen facing the door to the yard.

As usual, in our small house, there is usually thought behind every decorating decision.  Here are some things to note about our space. 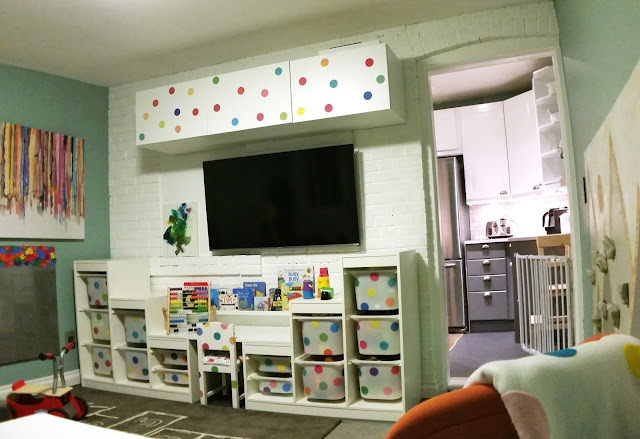 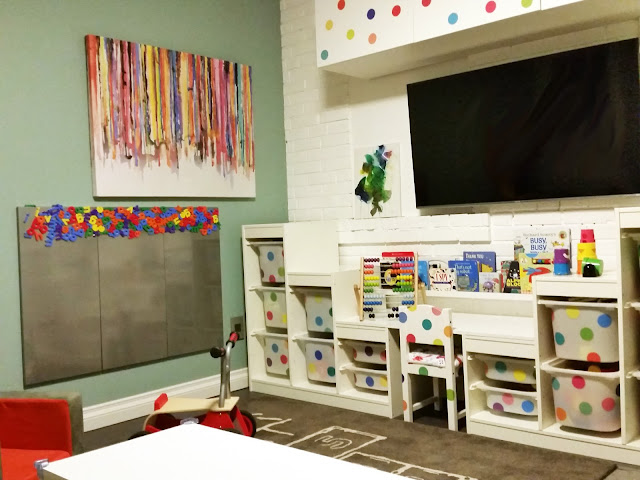 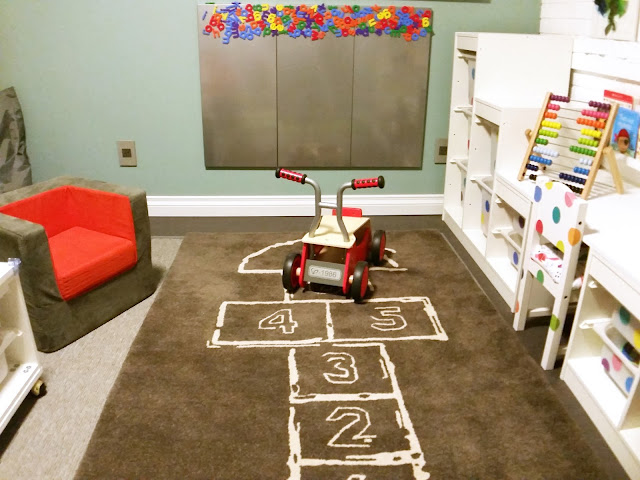 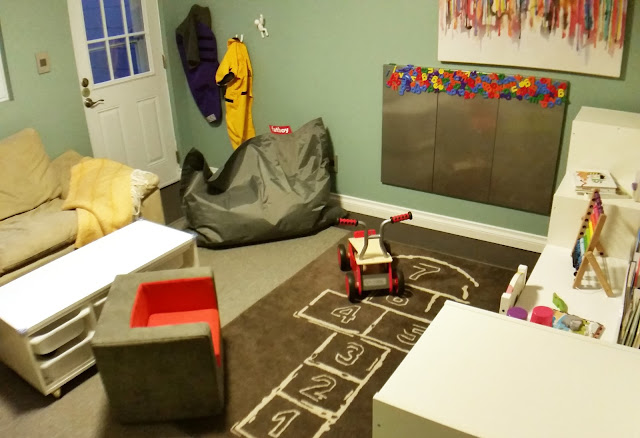 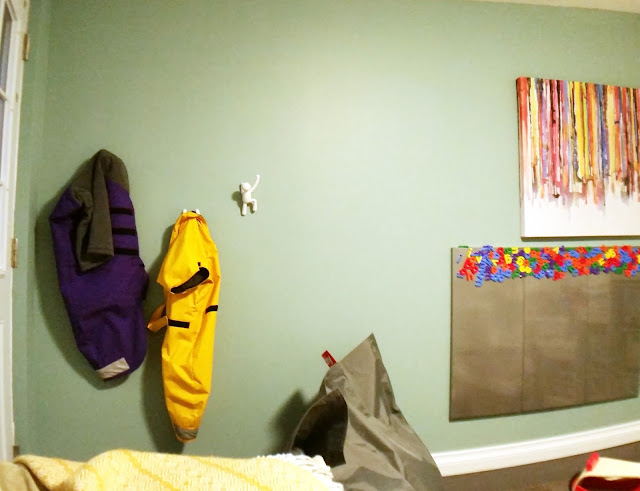 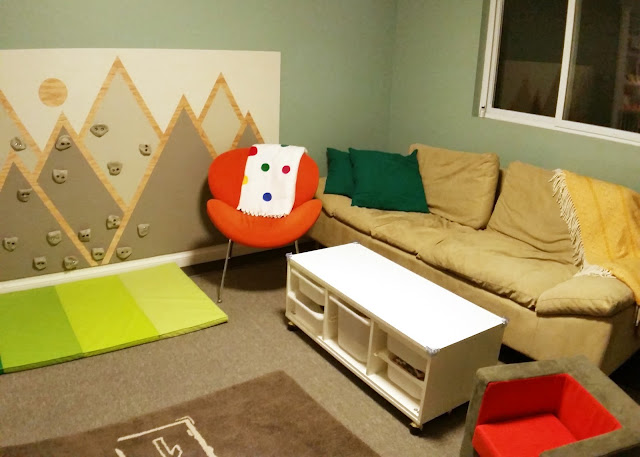 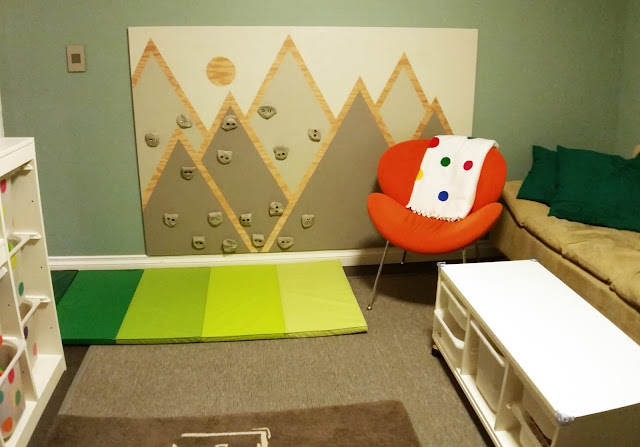 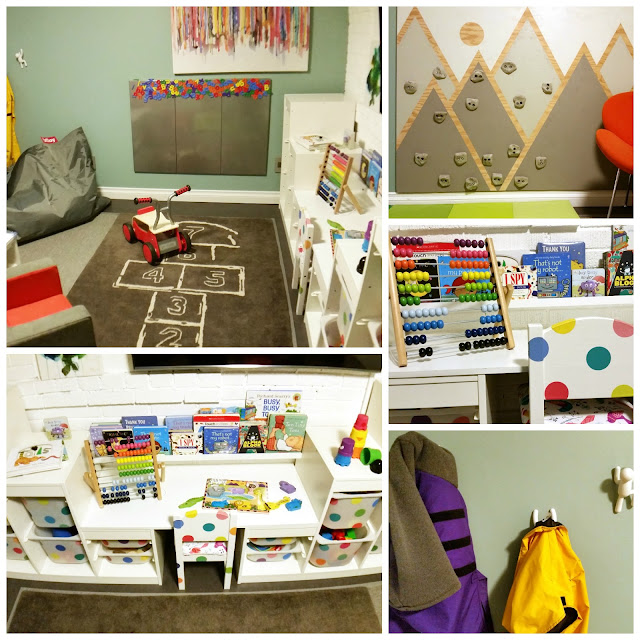 I think our next big project will be the master bedroom.  Stay tuned!
Posted by Taylor de Sa at 10:17 pm