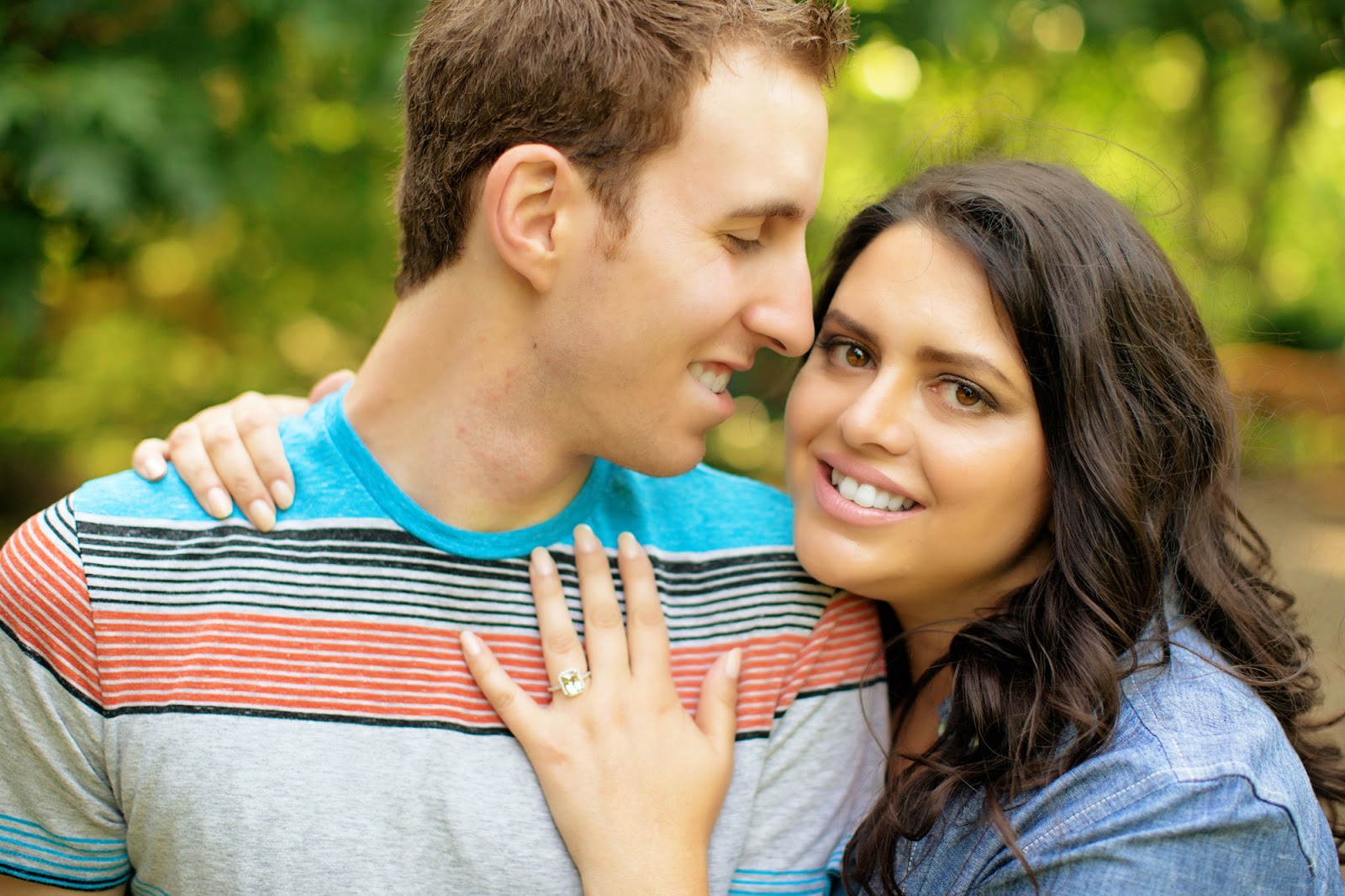 So how is it that we didn't have engagement photos take until a month before our wedding?

Well, it all started last June when Corey proposed.  We had just purchased our new/old house and we were up to our eyeballs in renovations, so I sort of put wedding plans on the back burner for a few months.  By the end of the summer, we were ready to book vendors and we FELL IN LOVE with the photography style of Lew D'Souza of Engaging Images.  We met with him and decided to book him before we had even chosen a venue because it was so important to us that our wedding photos match our personal style.  At the time, we decided to hold off on photos until the spring, when we would have a good sense of ceremony and reception locations and could tailor the vibe of our engagement photos accordingly.

Well, as we all know, this spring I found out I was pregnant with Singleton and when I wasn't working, I was  either throwing up or sleeping.  I was broken out, exhausted, bloated and nauseated and I just didn't feel like I could even brave a short walk outside, let alone an engagement photoshoot.  I cried one day as I emailed Lew to postpone yet again.  I was devastated to know that something I had been excited about for years had become a chore I was very much dreading.

Then I experienced a turning point at week (sweet) sixteen.  I suddenly stopped feeling so sick.  Sure, I was still throwing up a little and I still felt broken out and puffy, but I had my energy back and I was feeling more like myself.  I booked the shoot with Lew and began mentally preparing for the fact that my engagement photos might end up looking more like maternity photos.

The day before our engagement photo session, I was a wreck.  I cried to Corey that my face was puffy, I felt huge, I was getting a pimple on my chin and my ankles were swollen to the size of tennis balls.  This was not the first time Corey had heard this and it probably won't be the last before our wedding, but he was unfailingly sensitive as usual.

There's something particularly hard about facing a time of your life when you always thought you'd look your most beautiful... only your body is out of your control and you sort of just have to shrug and roll with it.  It's a challenge I'm still working through despite the fact that I know this is all happening for the luckiest, most amazing reason ever!  Anyway, I told myself that this blog would always be about real life and not just the perfect photos we all post on Facebook, so I wanted to explain the tears and insecurities behind all the lovely photos.

While most brides aren't several months pregnant for their wedding photos, I keep reminding myself that everyone has something they're a little self-conscious about and that the focus of these photos shouldn't be on physical perfection, but rather a beautiful and important moment captured in time.  When I look back on these photos, I know I won't care if my belly's big or if my cheeks are a little chubby... I'll just marvel at how young and happy Corey and I look and how amazing it is to see us both just a few months before we had our first child!

Facing this engagement shoot was hard, but I had Corey and a supportive family as well as my AMAZING make-up artist, Kristina ... and, of course, my wonderful photographer, Lew.  In the end, I got through it and within a couple of days, Lew had sent us an album of edited images which made me feel confident and excited for the wedding.  I was amazed at how honestly some of these seemed to capture the playful and relaxed relationship that Corey and I share.

We began our shoot at High Park because Corey and I love nature and camping and felt the outdoor setting with mature trees would give us the perfect backdrop.

We didn't have many props.  Corey and I agreed that we'd both feel silly blowing bubbles or holding up signs but we decided to bring some fun hats and the four-legged members of our family.  ;)

Below are a few of our favourites.  We're still trying to choose a couple to frame.  :)

These shots on the bench with Barkley and Cheetah were the first photos Lew took and yet they may be some of my favourites.  When he showed them to us, I think I instantly loosened up and gained some confidence for the rest of the shoot. 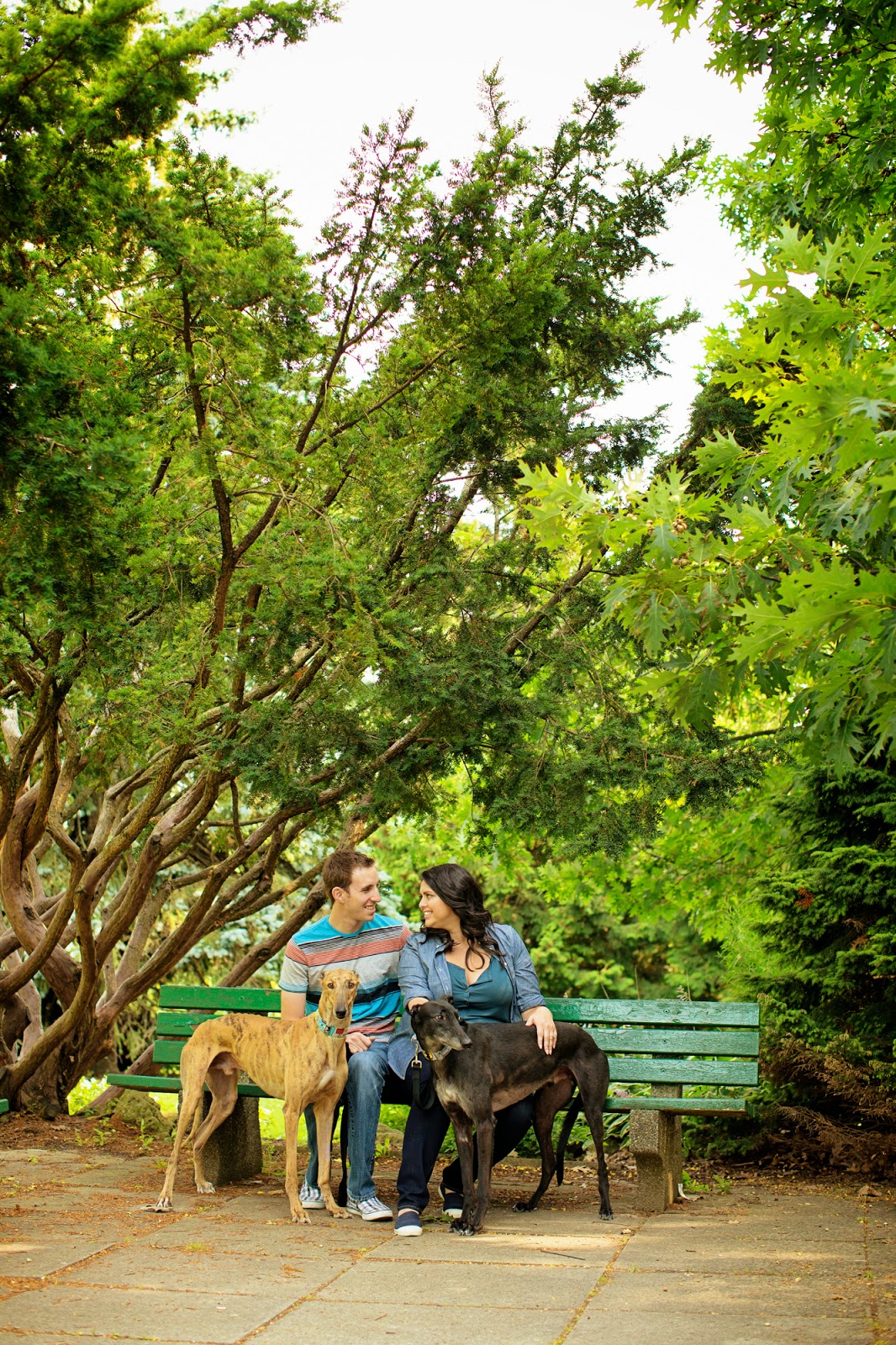 Look who's stealing the show! 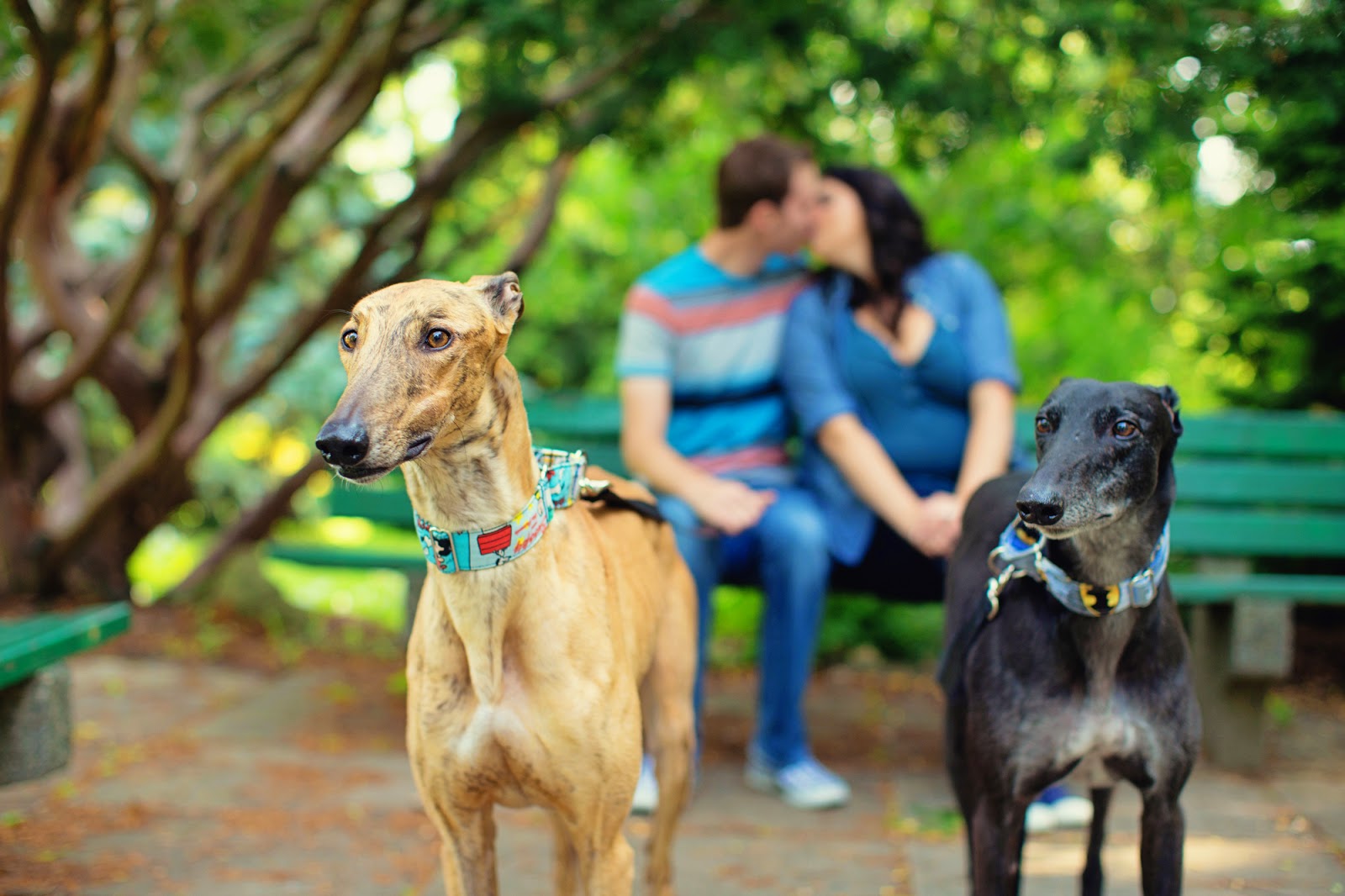 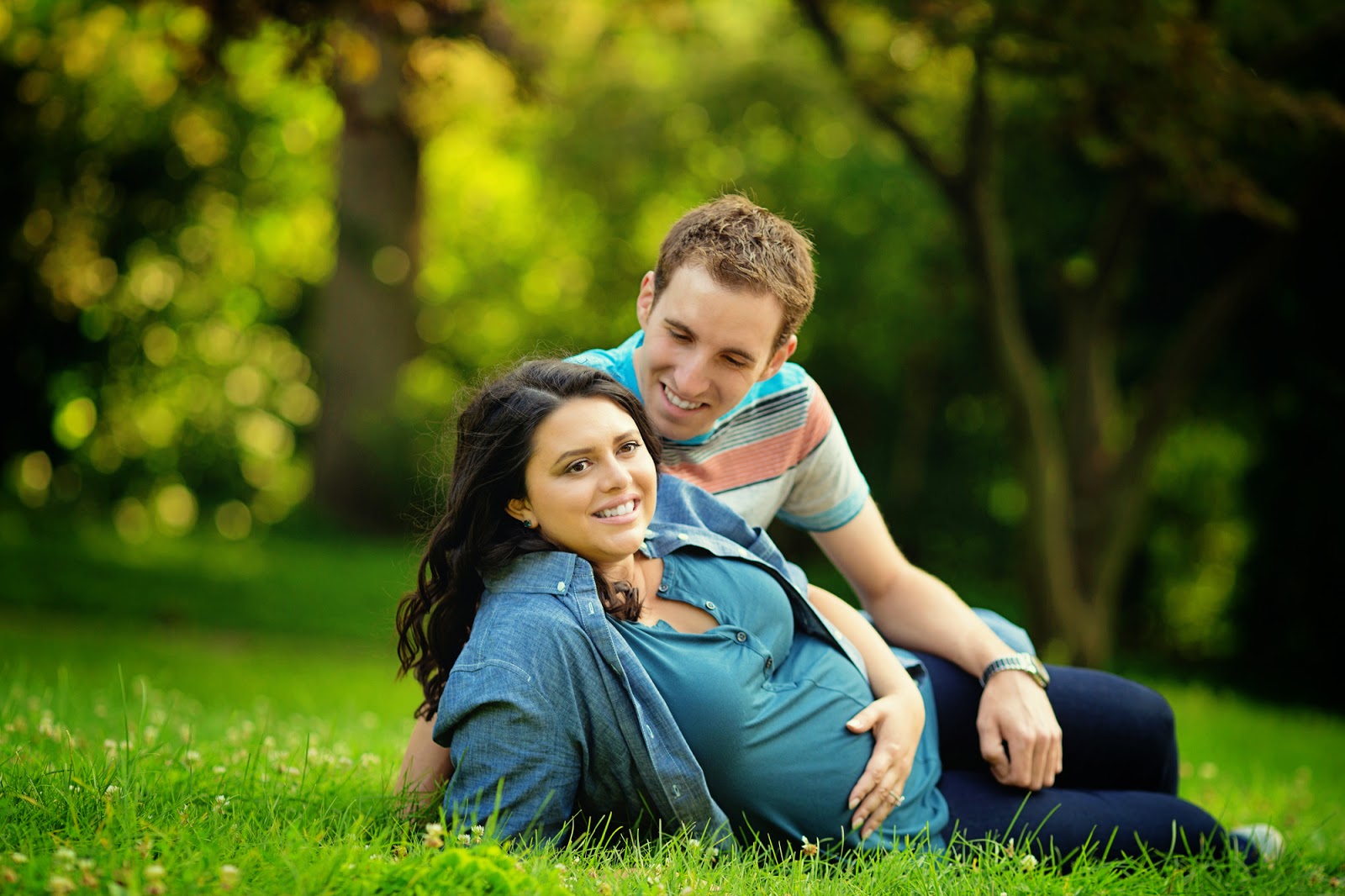 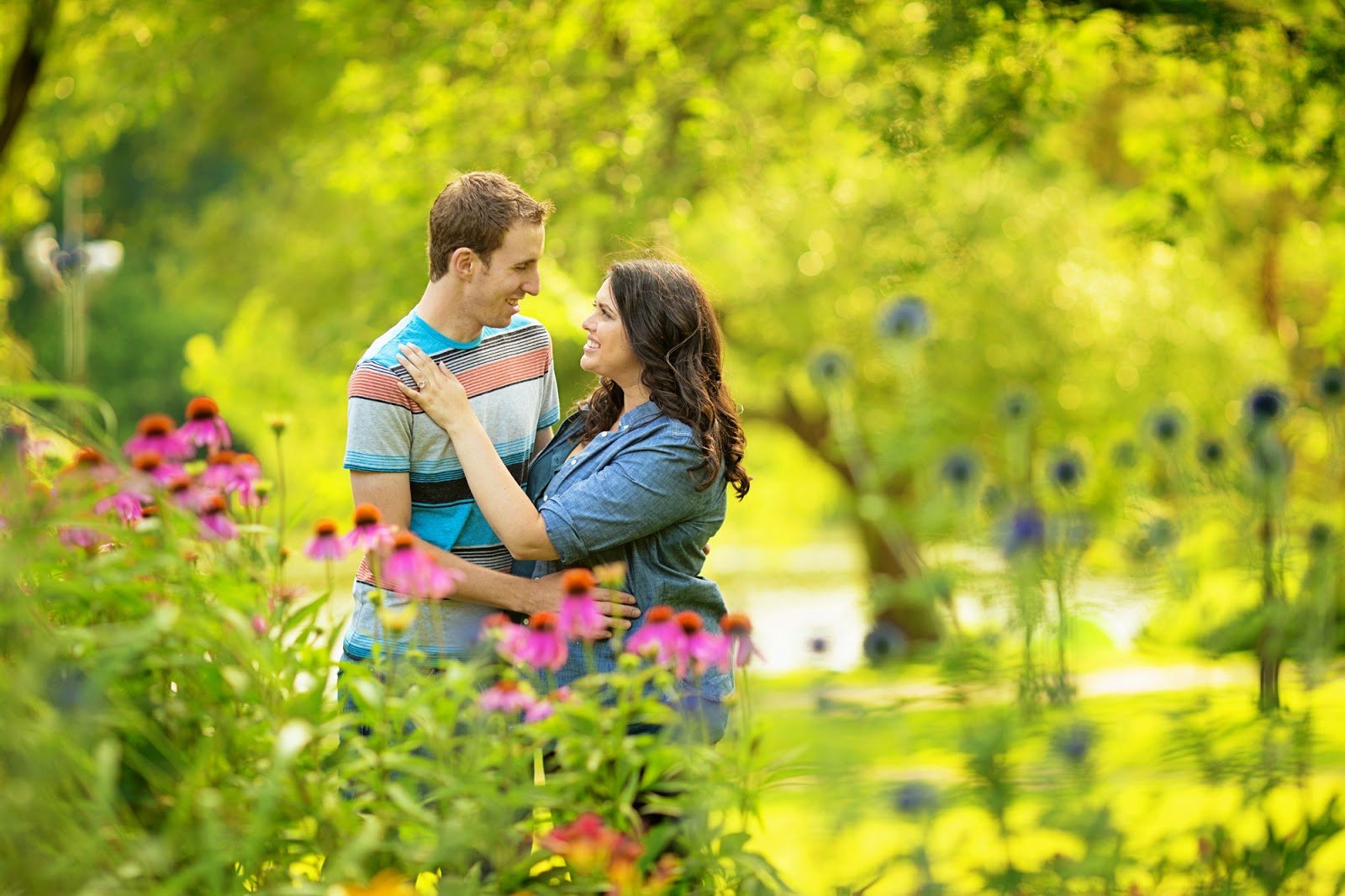 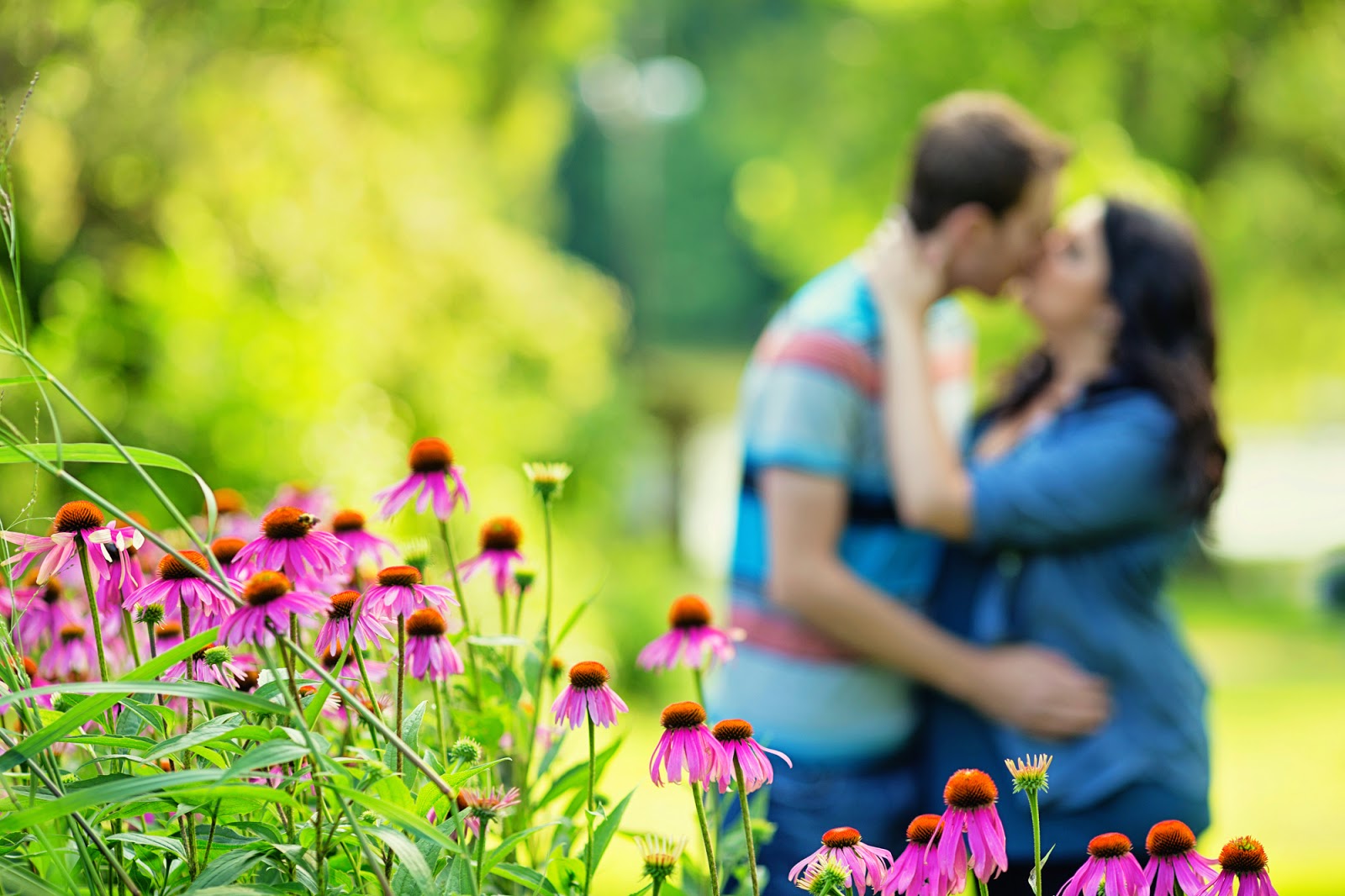 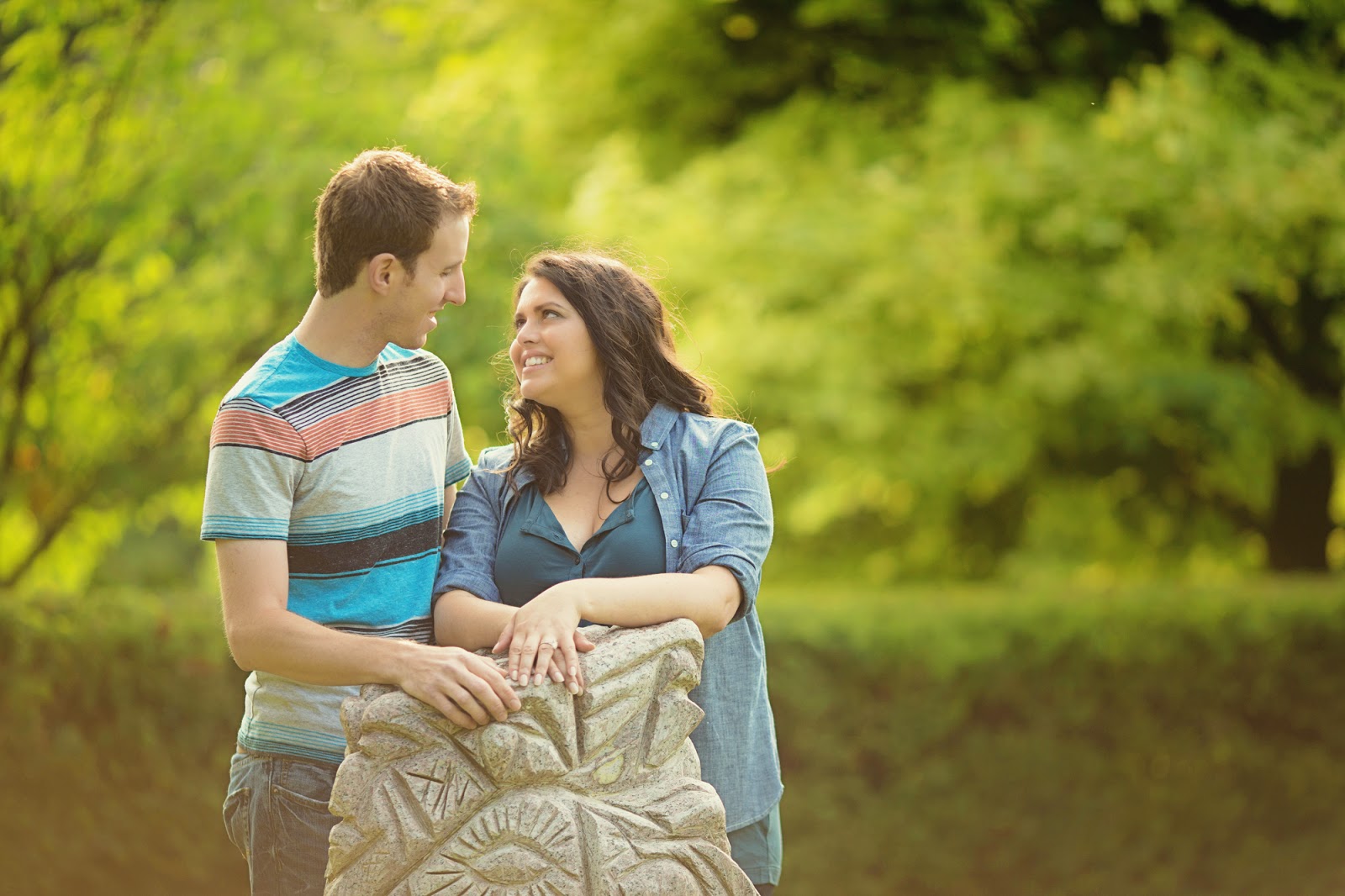 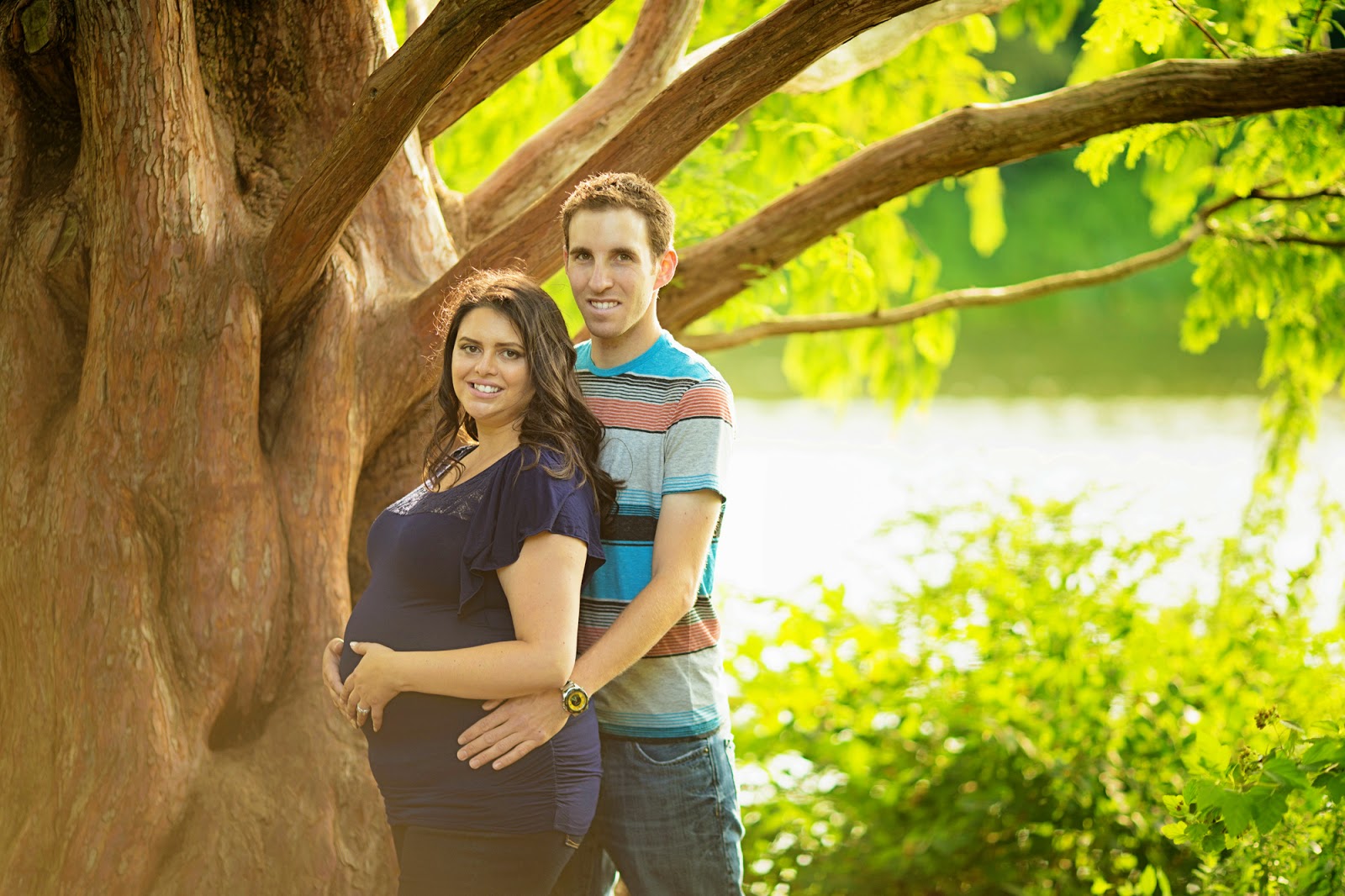 My mom loves this photo because she says it looks as though I'm looking off into the future and daydreaming about Singleton.  I confessed to her that Corey was telling me jokes to make me laugh. 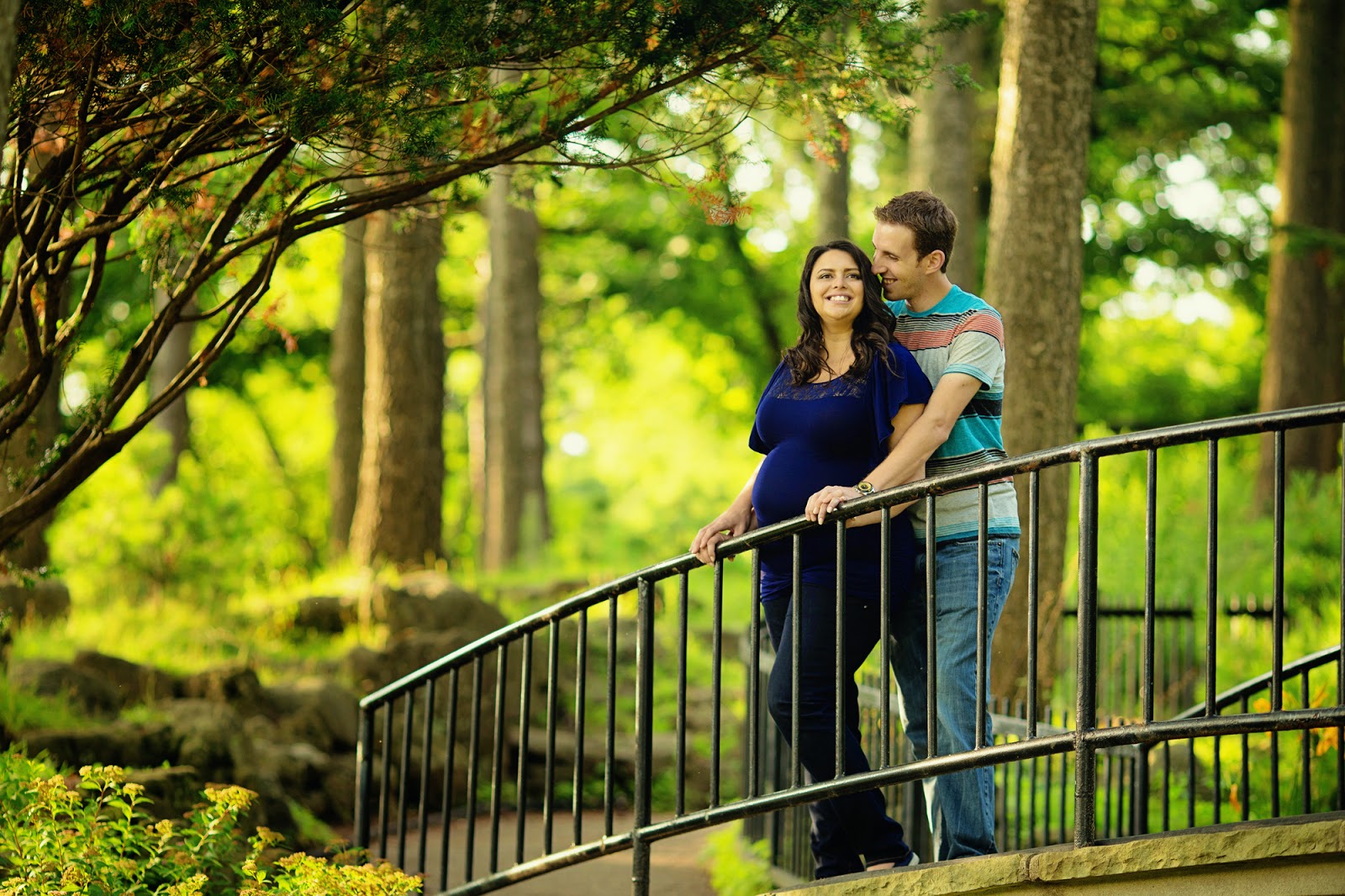 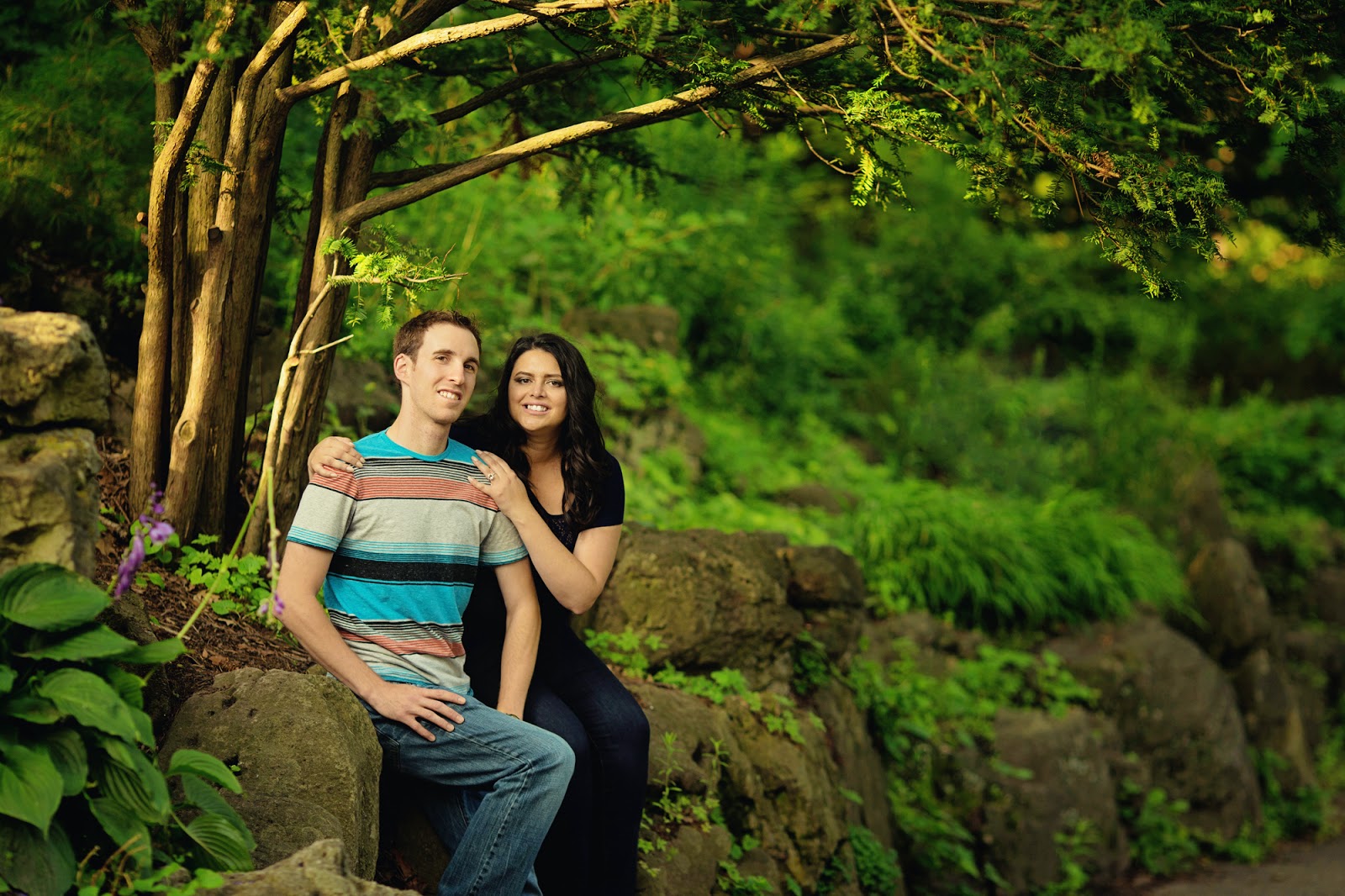 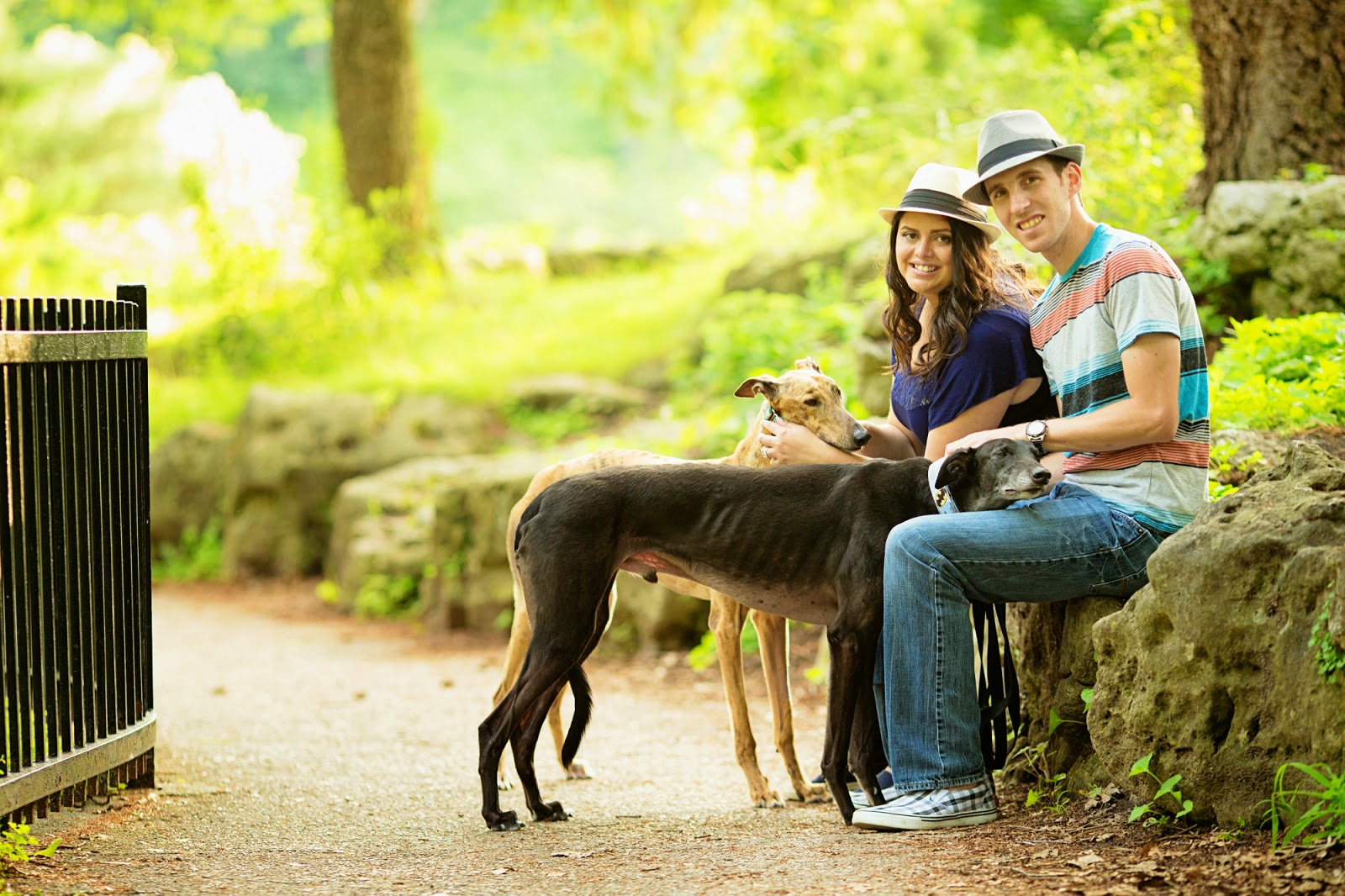 For the last few shots, we made our way to the Humber Arch Bridge.  Corey suggested this secondary location and I teared up when he told me why it was significant to him.  For the first four years of our relationship, Corey and I were long-distance while he attended university two hours away.  He would often take the bus home to see me on weekends and he told me that this bridge was the landmark that told him that he was almost home.  This is usually where he would call me to tell me he'd see me soon.

I had no idea all these years but we just had to get some photos at the bridge!  We're already joking about coming back once a year to get a photo here with our growing family. 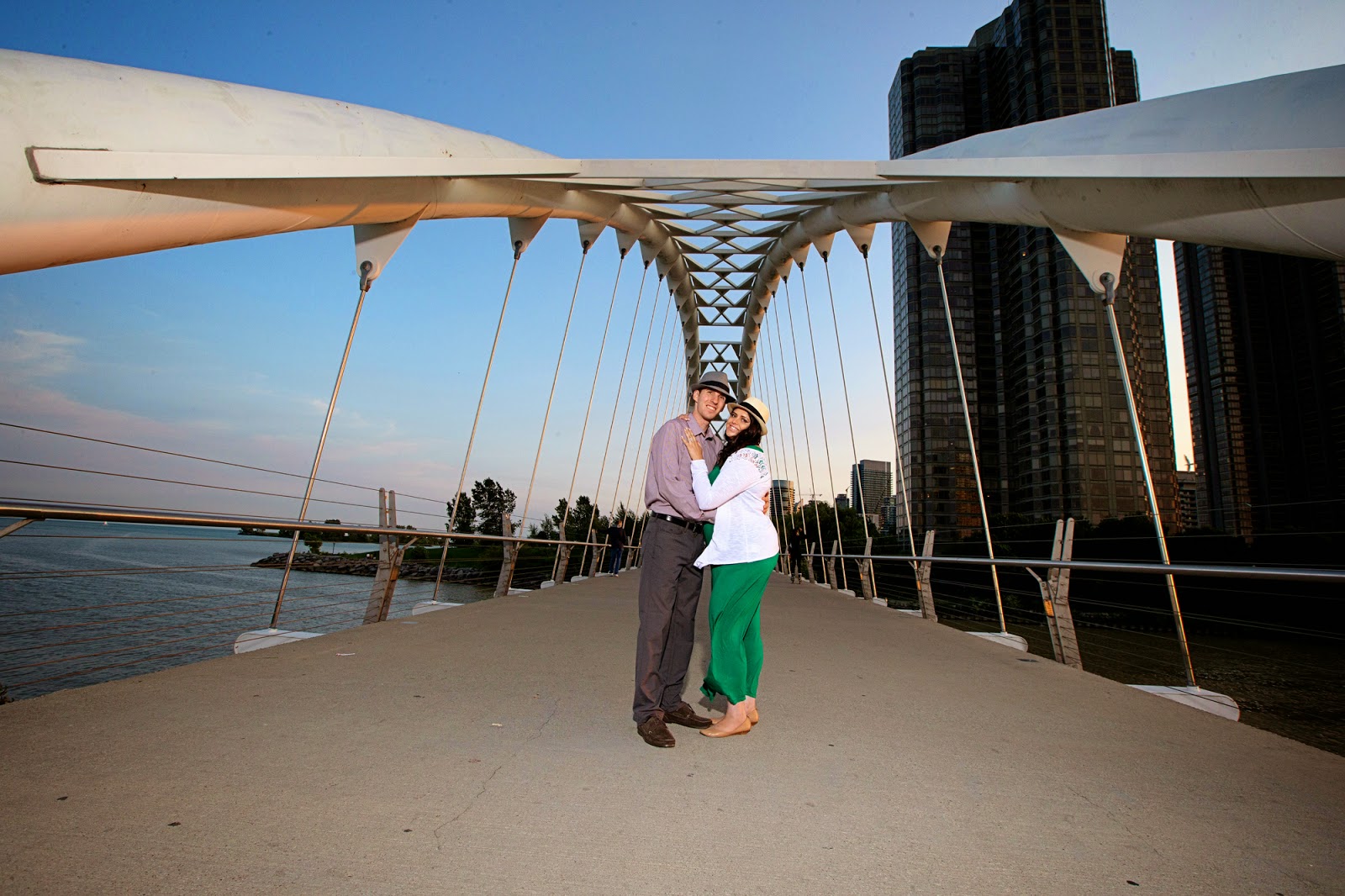 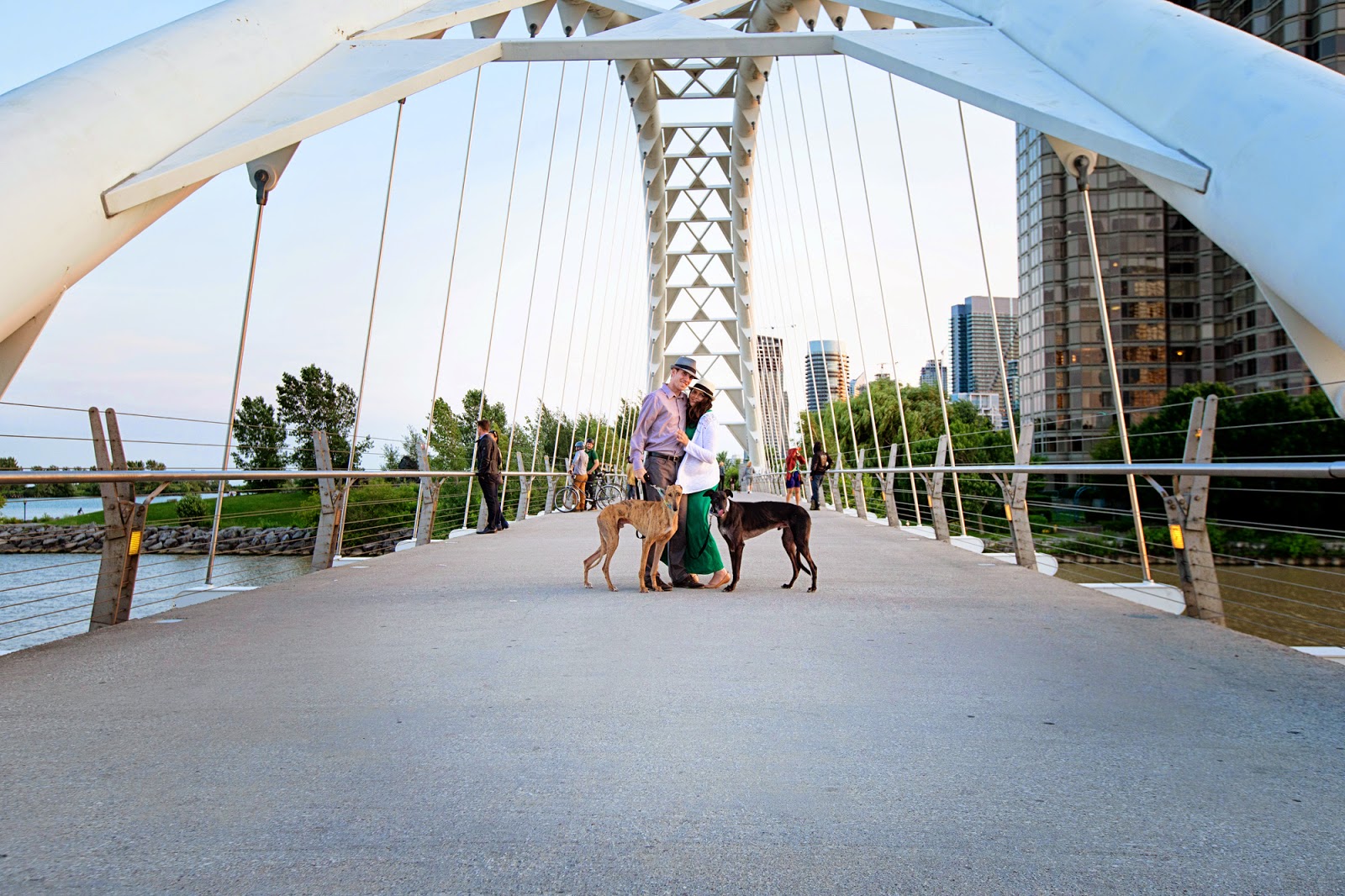