Why I Got My Nose Pierced at 36 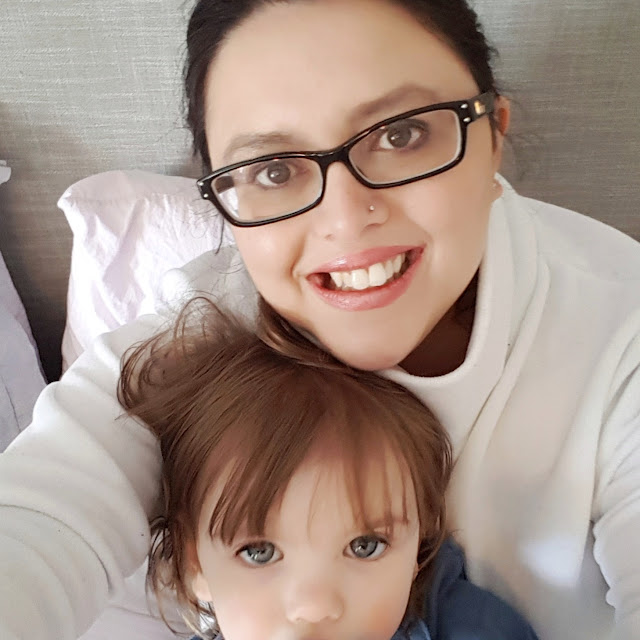 I still giggle a bit when people ask me about my nose piercing. I still feel a bit like I'm sixteen and my mom might force me to take it out. For the record, she actually told me last week that now that she's accustomed to it, she likes it and thinks it's pretty!

I have always admired tiny nostril piercings when I saw other women rocking them but I had never really considered getting one of my own. My own personal style has always been pretty conservative and, with the exception of one piercing in each ear that I got when I was six and a very small hidden tattoo, I had not seriously considered anything as bold as a visible tattoo or a non-ear piercing. That changed last summer when Corey and I decided to get matching Neurodiversity tattoos.

What's Neurodiversity, you ask? For us, it's the belief that many brain differences (like Autism, ADD, SPD etc.) are not disorders caused by something "going wrong" during development. Instead we (and many experts and Neurodiverse people) believe that these special brains are just a part of normal variation within the human genome. We often tell Rudy that her Autistic brain is different and special and that the world needs all different kinds of brains in order for people to solve all different kinds of problems.

Anyway, the whole point of getting our tattoos was to spark conversation with people and to show Rudy as she grows up that her brain is nothing to hide or be ashamed of. For this reason, Corey and I both got our tattoos in fairly visible places: Corey on the inside of his upper arm and me on my inner wrist. While initially a little self-conscious, I quickly forgot all about my tattoo and I no longer worry about judgement from other people. It's probably not something I would have been brave enough to do early in my career but now that I'm more established, I no longer feel pressure to look or dress to satisfy a certain stereotype and the feeling is very freeing.

While we were getting our tattoos, everyone in the shop was totally amazing (they even held Maude for us!) and I kept noticing the women with their edgy and cool facial piercings and I totally wanted one too. While I still don't see myself getting a septum or cheek piercing (although I think they're awesome) a tiny crystal in my nostril seemed mostly safe and still a teensy bit rebellious. While I didn't get it the day I got my tattoo, I was back a couple of weeks later for the big pierce and YIKES did it ever hurt! WAY more than the tattoo, in case you're curious! Corey says I didn't flinch but I was definitely screaming on the inside! haha

At the time, I wondered if it was some sort of early mid-life crisis but I think it's more a sign that I'm coming into my own. As I get deeper into my thirties, I'm feeling more and more free to be myself and it is awesome. I feel more confident now and even wear brighter colours instead of my old monochrome uniform.

The other day, I wore a new outfit and over the course of the day four strangers complimented my outfit. Each time, my initial thought was "OMG that's crazy. I am SUCH a mom. I'm not cool at all. I've gained so much weight since having the girls..." and then I remembered that I am a chic lady with a tattoo on my wrist and a nostril piercing and I smiled, looked them in the eye and said "Thank you!"
Posted by Taylor de Sa at 2:22 pm