No Need to Sparkle 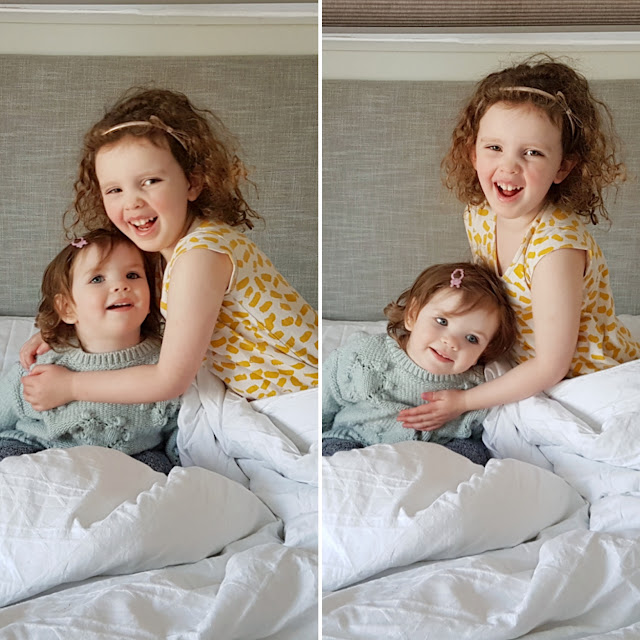 Last week, Katie Holmes posted a photo of herself and her daughter to Instagram with the following quote by Virginia Woolf:

Now, I am rarely "in the loop" when it comes to the lives of celebrities (Katie Holmes included) but her IG post went viral and I thought it was so so lovely.

When I was pregnant with Rudy, I just knew she was going to be exceptional. When she was born, with all the hubris of a new mom I marveled at all the amazing things she did and I assumed she'd speed her way through all her milestones. And she did... until she didn't. It shook my world the first time I heard the phrase "severe language delay" and I was plagued with guilt and even a little shame. "Where had we gone wrong?" "How had I missed this?" When we realized that she's Autistic I remember feeling afraid that she wouldn't be able to keep up with her peers. I think there's a lot of pressure on parents for their children to somehow "measure up" and I think it's making us crazy! It took a long time for me to realize how silly it is to expect people to learn at the same pace when we're all so different.

As most first time parents do, we eventually learned the peace and relief that come when you finally toss away the invisible measuring stick. Instead of wondering why she didn't know fifty words, we celebrated when she knew twenty. Once we stopped worrying about what her peers were doing, we were able to enjoy watching her learn at her own pace. As soon as I stopped comparing and competing, I was able to see how beautiful and amazing it is to watch a little brain absorb and apply knowledge.

Even now, Rudy communicates well but we have learned that she learns language very differently than most other children. Most of Rudy's speech comes from a vast repertoire of scripts that she modifies to suit different scenarios. It's incredible to watch and so different from the way Maude learns.

While Maude was an infant, I worried terribly that I would compare the girls and I was terrified that I'd resent one of the girls if she were more advanced than her sister. As it turns out, I don't feel that way at all. The girls are so different and they each have their own talents and challenges. My job is to keep them safe and help them to become the best versions of themselves. I think that having a child that doesn't fit inside the box has allowed me to open my own mind.

I think the beauty is that when you stop searching for the sparkle, you realize it's there. Just maybe not in the obvious ways you expected to see it. It may not be as showy, but it's incredibly beautiful.
Posted by Taylor de Sa at 8:37 pm