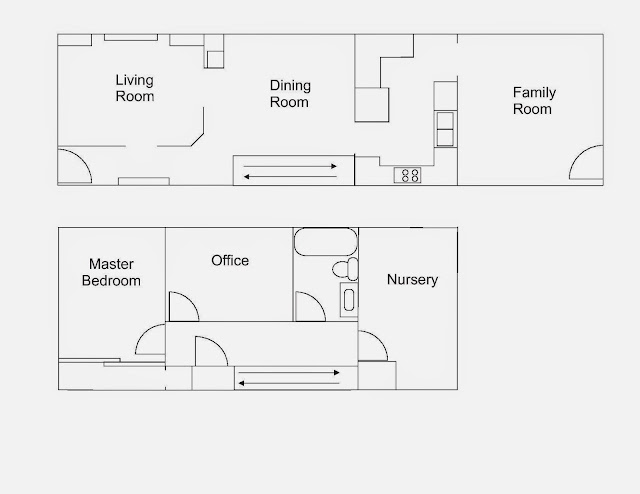 Many of you have asked to see a floorplan of the new/old house and I know the layout is hard to picture from the photos I post.  I haven't posted anything until now because Corey and I just haven't had the time to make one up.

Now that some of the larger renos are complete (photos soon, I promise!) I asked Corey to come up with a rough floorplan (the measurements aren't exact) that I can share with all of you.

Here are some things to note, now that you can see what I mean:

Those are our plans for now.  At least now I can show you what I mean when I mention future renovations.

,,, And here are a few photos of the new/old house as it is today.  We've renovated our kitchen and bathroom this year so these are "after" photos.  We are currently working on an update for our family room and it's looking quite transformed from the day we moved in.  I'll share the rooms in more detail later but let's call this a sneak peek. 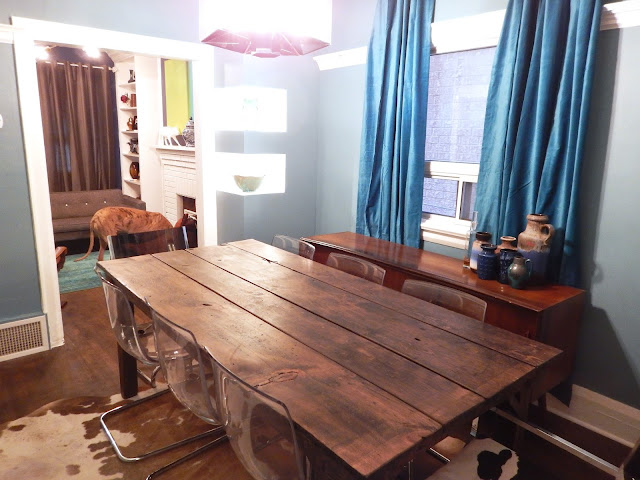 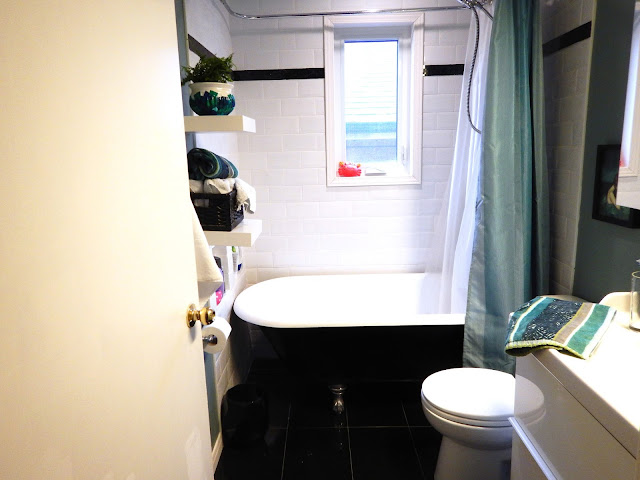