How to Propagate Baby Succulents 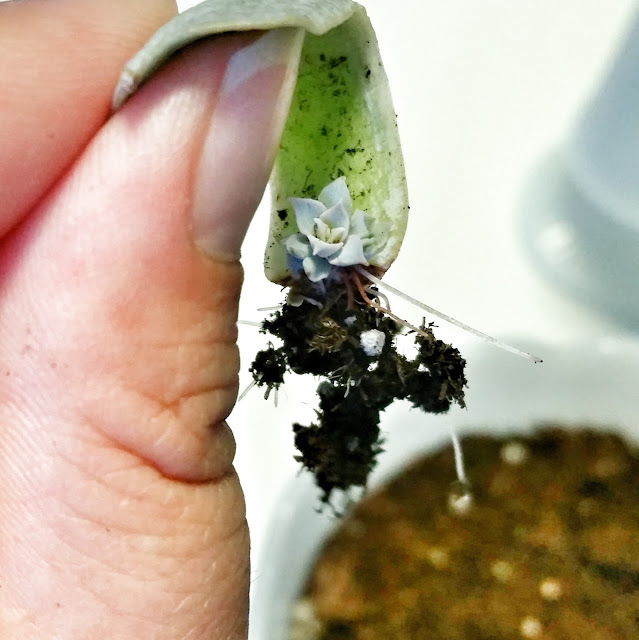 As you may already know, I love succulents.  When I first learned that you could grow a new plant from just one leaf, I had to try it for myself!  Here's what I did:

I harvested some leaves by plucking them gently from the plant, careful not to damage the base.  Then I laid them out to dry for three days.  Succulents are really prone to rot, so I wanted them to callous over before I watered them.

After the ends calloused over, I laid them in a dish on top of some cactus potting soil.  I placed the dish in full sunlight and (very) gently watered every few days, making sure that the soil completely dried before watering again. 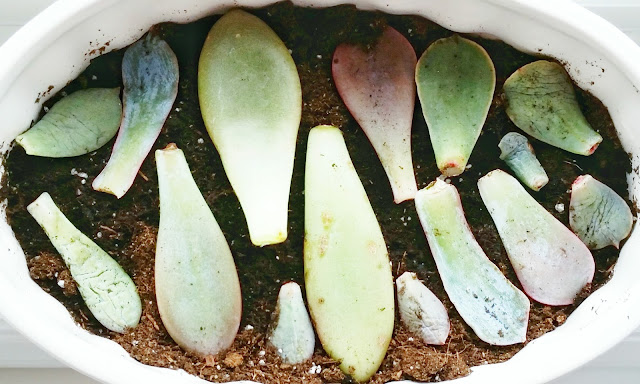 From there, it was a waiting game.  With the exception of one eager plant, which sprouted very quickly, I didn't see much progress for the first 3 or 4 weeks! 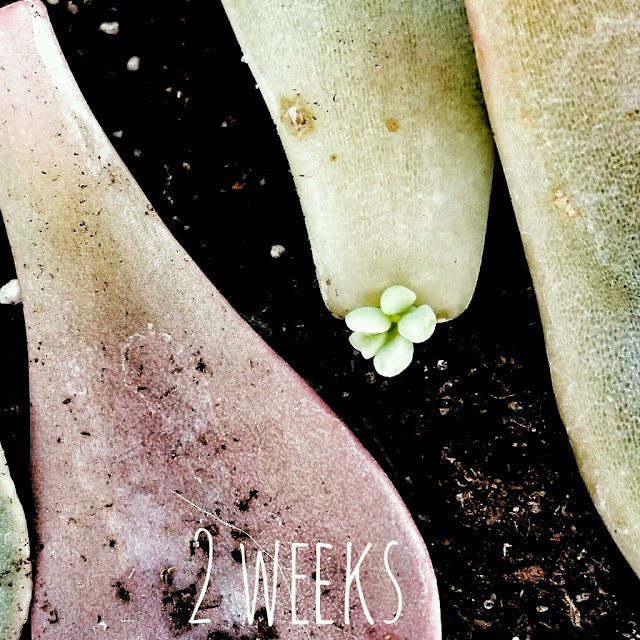 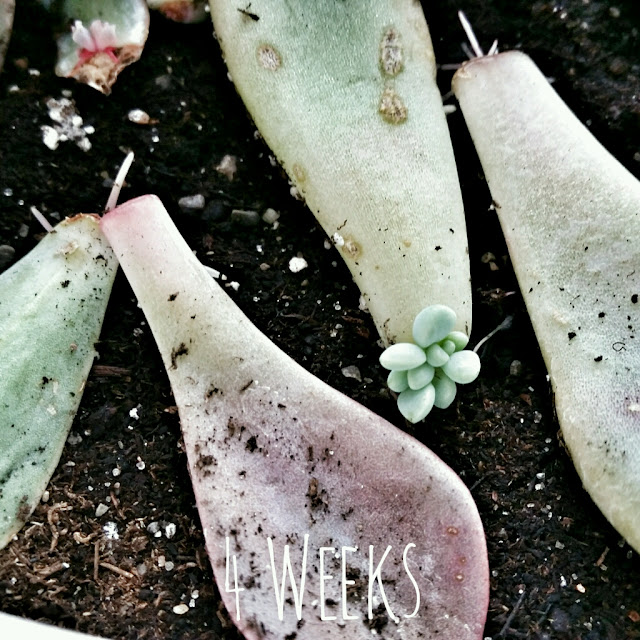 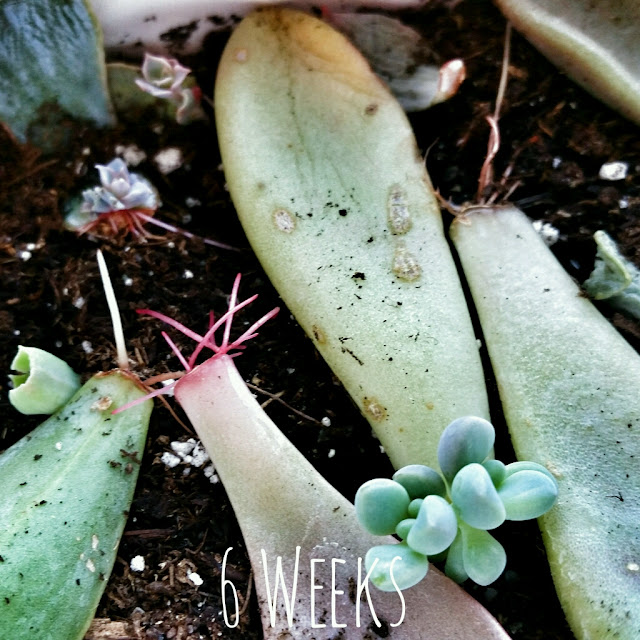 By the end of the seventh week, many of the baby succulents had both new leaves and their own roots.  Of course, I lost some but overall, more than half were successful. 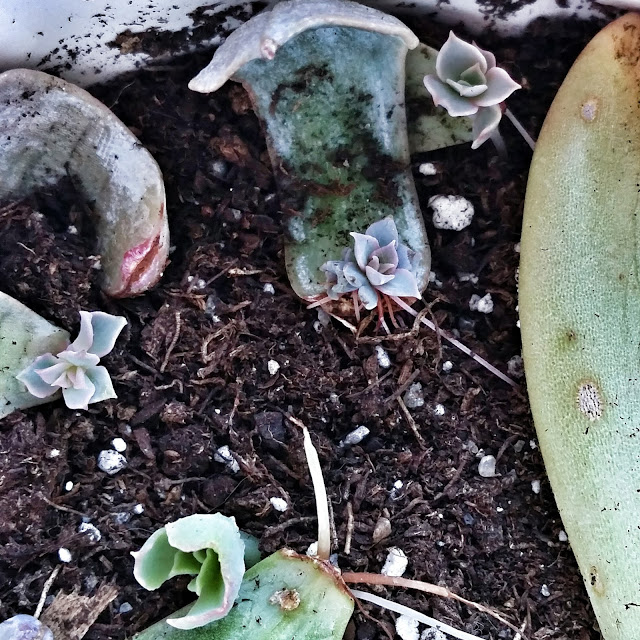 They were finally ready to transplant in their own little pots!  Eventually, the leaves they grew from will dry out and fall off.  I'm definitely going to try this again. 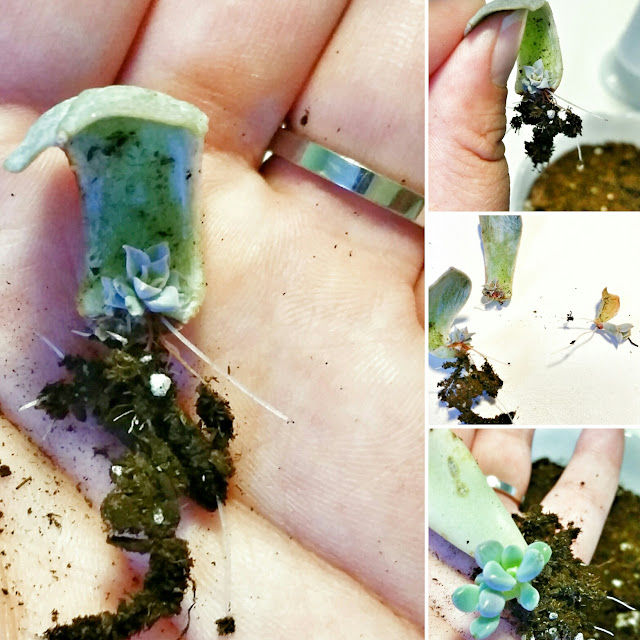