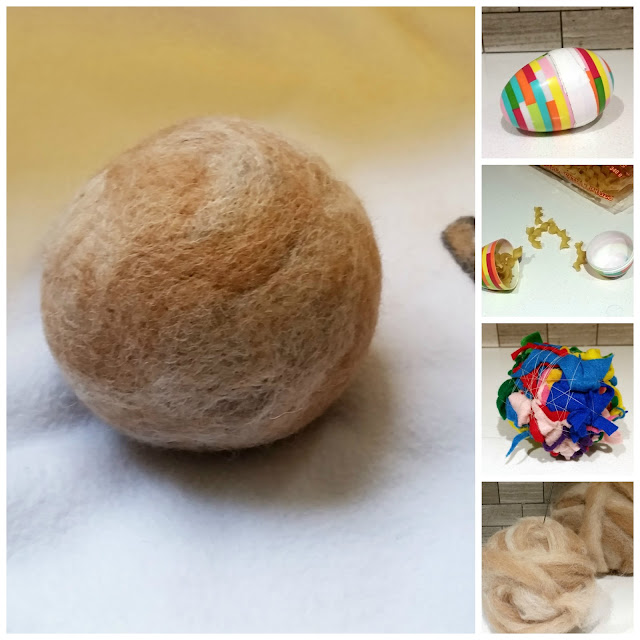 The real estate market tends to be a little less chaotic around the holidays and I have learned to embrace the break and rest while I can, because work always gets crazy again in the new year.  As you know, I love crafts, and I've been wanting to try needle felting for a long time.

I finally bought some felting needles, some foam to use as a felting mat, and some soft alpaca roving and decided to give it a try.  I was going to start by making these dryer balls, but I decided to work on something fun for Rudy

For my first projects, I felted polka dots onto an Ikea blanket for our family room and I felted a fawn silhouette onto a baby blanket for a friend.  I'll post photos of both later, but in this post I'll share how to make the felted rattles that I've been making over the holidays.

To start, I needed an actual rattle.  I had thought of using an egg rattle like these but since I started this project on Christmas Eve, I had to get creative with the supplies that I had on hand.

Instead, I used plastic hollow Easter eggs (the kind you hide toys in) as a base.  I suppose a prescription pill container would also work.  I experimented by filling them with different things.  Small bells produced a chime effect when I padded the inside of the egg with tissue.  Bottle caps (ironically, from beer) worked well without any padding, as did uncooked pasta noodles.

Here's what I used for the project: 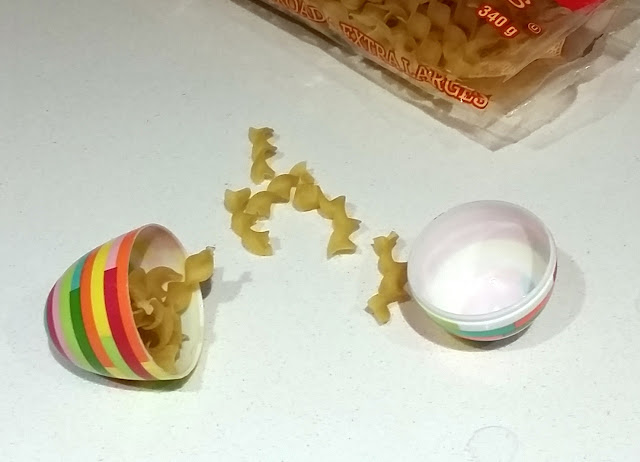 I taped the eggs shut with electrical tape. 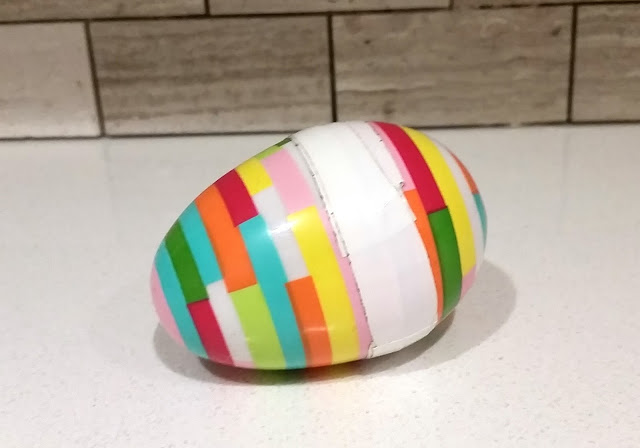 I covered them with scraps of felt, which I secured with thread to make the basic shape more round. 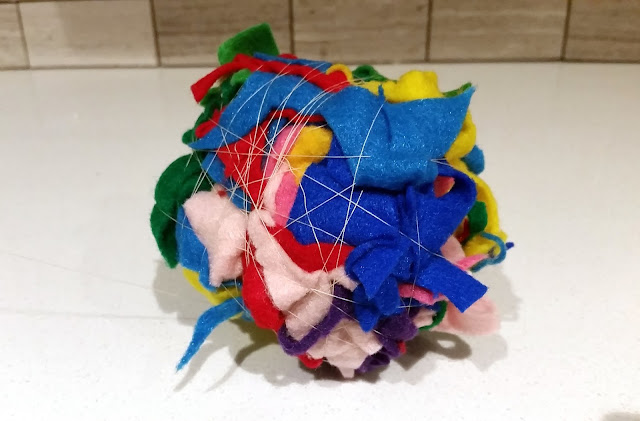 I then covered it in roving, which is basically wool fibre which has not been spun.  You can buy it at a craft store or online.  I chose alpaca roving because it is so soft.

Once the ball was covered, I began "felting" the wool.  I basically gently poked it over and over with the needle.  I was careful to begin slowly and at an angle so as not to break my needle or stab myself.  Felting needles are designed to pull fibres and sort of connect them.  If you look at them closely there are tiny notches in the needle shaft which catch the fibres. 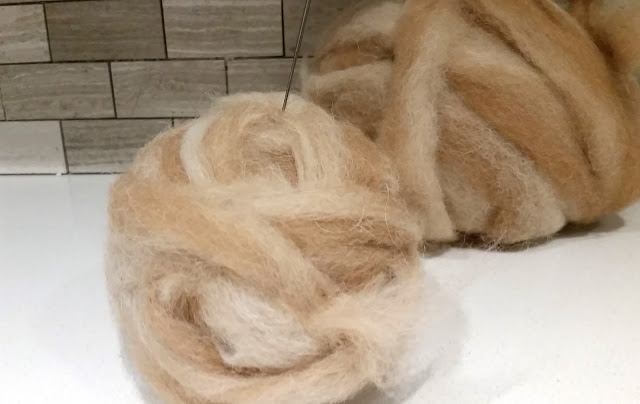 I continued felting the balls and rolling them between my hands to round the shape out.  Eventually, there were no soft spots left and I had solid rattles.  Each rattle probably takes a couple of hours and it's the perfect craft to make while you're zoned out and binge watching The Good Wife.  ... Just don't completely zone out because felting needles are sharp and unforgiving. 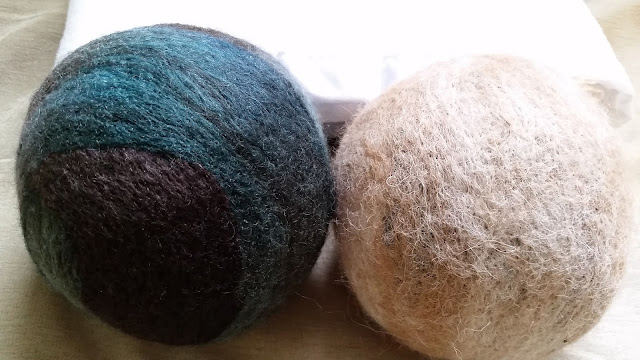 I experimented with roving in different colours and even added some small amounts of grey to a cream coloured ball for a marbled effect.  What do you think? 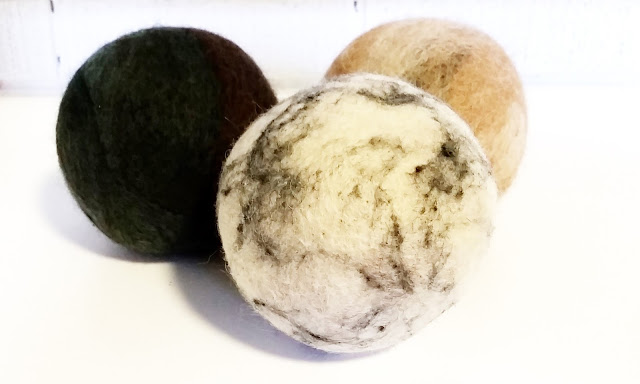