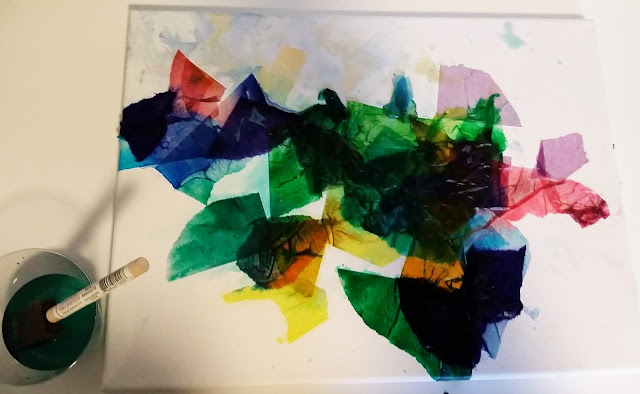 Rudy's been coming home from daycare with all kinds of crafts and art projects lately.  Her teachers say she really enjoys it so I thought I'd try something at home.  At daycare, they often glue tissue paper to paper and it gave me an idea.

I ordered some special tissue paper (called bleeding ink tissue) from Amazon, which creates a watercolour effect when water is applied to it. 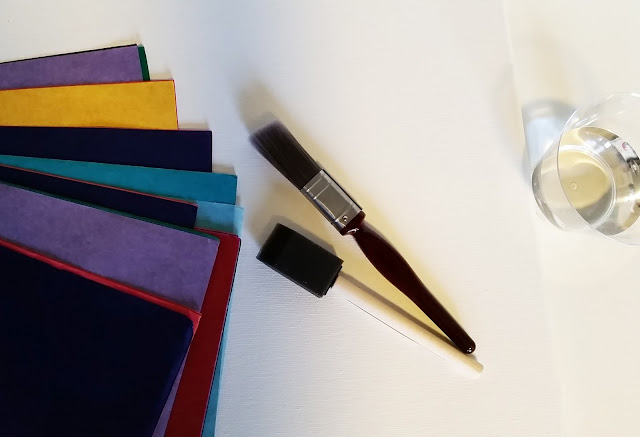 I tore random shapes for her to play with and kept out a sponge, some water and a dollar store canvas.  I helped by wetting the canvas initially so the tissue would stick to it.  I had to heavily supervise her so the tissue didn't end up in her mouth. 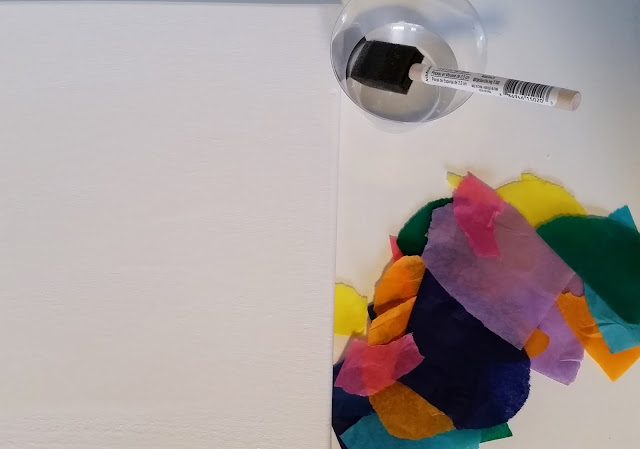 This project was really just a fun way to engage with her over something that wasn't a toy or book.  It was a nice change.  We talked about the different colours and how crinkly the tissue was... 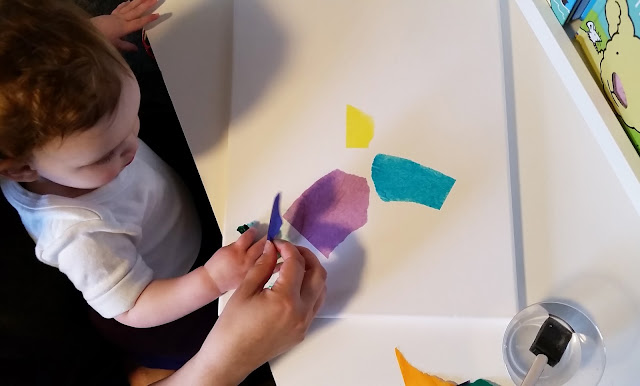 Eventually, the tissue started making it to the canvas.  Once her hands got wet, it got a little sticky and she needed more help placing the tissue. 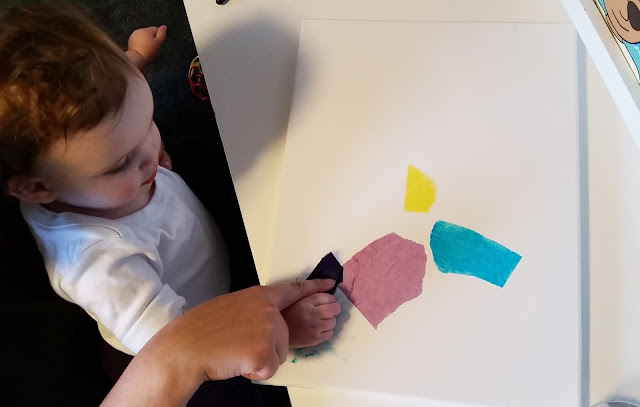 The directions on the tissue say not to over-saturate it with water but I did anyway because it was fun for her to watch the colours run. 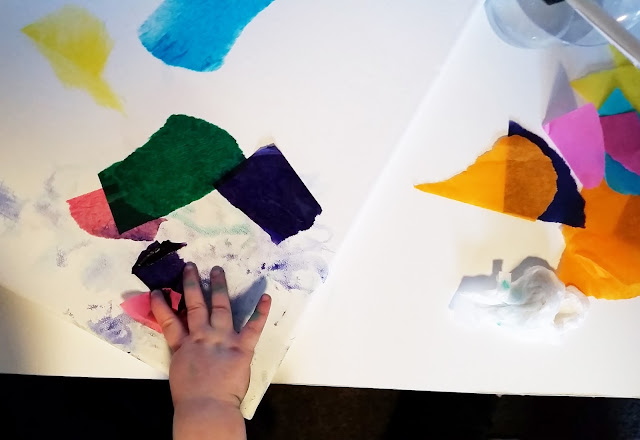 At some point, we sped up and the tissue made it to the canvas tiny handfuls at a time.  There was lots of squishing and eventually smashing and we decided to quit just as Rudy graduated to face touching and trying to eat the mushy tissue.

At this point, most people remove the tissue paper (it peels right off once it dries) but it looked pretty the way it was so I decided to leave it. 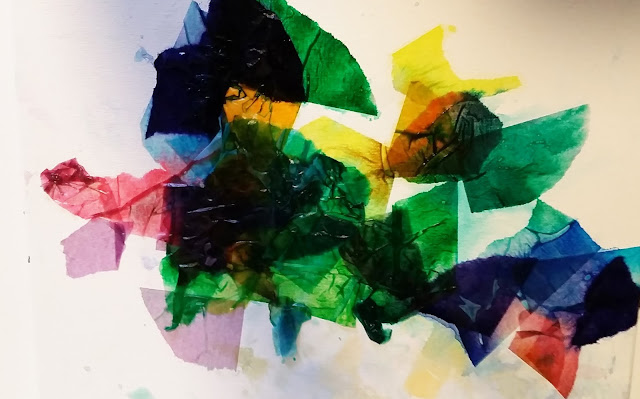 It was such a fun craft to try together.  We were laughing and getting messy but just as I was patting myself on the back and beginning to plan my Mother of the Year speech, Corey reminded me that the next day was picture day at Rudy's daycare.  Shit!  Unfortunately her hands and cheek were dyed blue and green and the dye wasn't coming off.  After seeking help in an online parenting group, we finally discovered that dishsoap and sugar make a mild but very effective scrub.

The project went really well overall.  Next time, I wont tip the canvas to allow it to dry away from messy baby hands because the colours bled and the lower half ended up a shade of puke green.  If you try it at home, learn from my mistake and dry it flat! 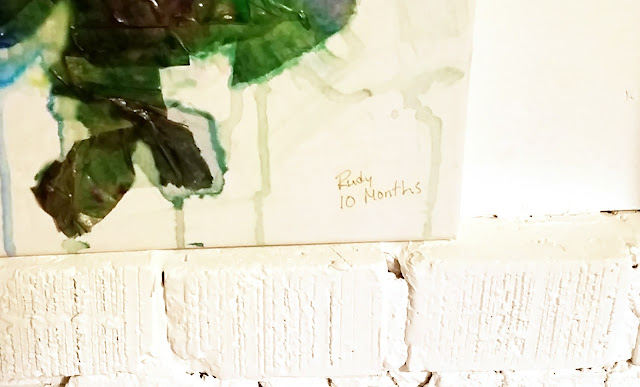 Still, we'll save it for a while.  I coated it in Mod Podge to keep it in tact and we'll display it in the family room for the time being. 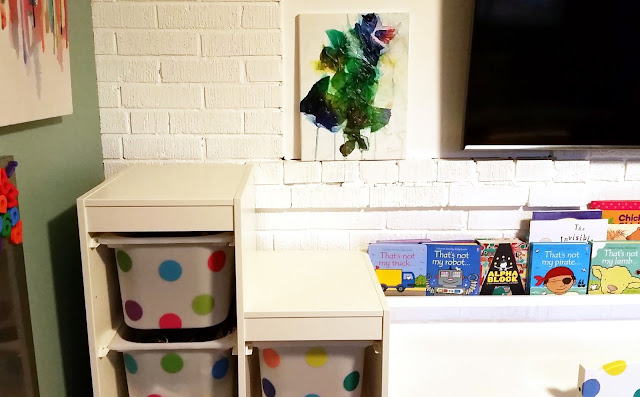