The Big Four: How Are Toronto's Newest Luxury Condos Shaping Up and Why is Trump's Venture Trailing the Group? 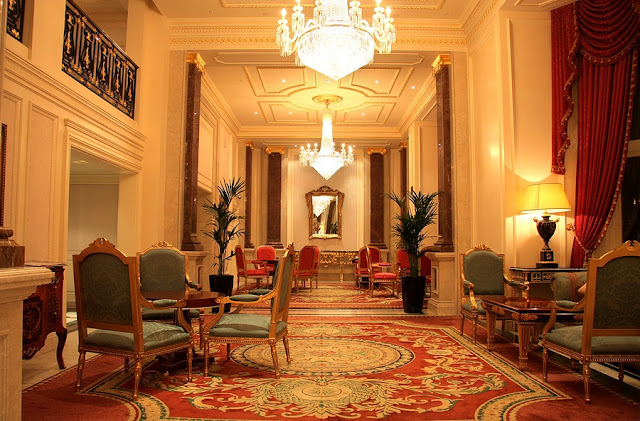 We've heard them called Caviar Condos and right now, Toronto has four of them.  With Residences at the Ritz-Carlton and Trump International Hotel and Tower open and Four Seasons Private Residences and Living Shangri-La both scheduled to open this summer, many are wondering exactly who is buying these 1 million to 28 million dollar residences attached to luxury hotels and whether there can possibly be a demand for over one thousand of these units hitting the market within a year.

Toronto Life recently featured a fun article comparing these luxury developments in terms of percentage of units sold as well as some of the challenges these developers have been facing.  The Four Seasons seems to be the hands down winner, with around 90% of the units sold and stories of some early investors who have already sold their units (over half a decade later) for nearly double what they paid.  Second place seems to go to the Ritz with over 90% of units sold.  The difficulty now is that the 20 units listed for resale could prove difficult for the builder to sell their remaining inventory.  Third place goes to Living Shangri-La with around 85% of their units sold with Trump trailing with only 40% of residential units sold and 80% of all units.

This news about Trump Tower shouldn't surprise anyone who has been following some of the bad press this residence has been receiving.  It seems that while the hotel condos are selling (certainly faster than the residences) many buyers have encountered problems with financing due to the different rules applied to commercial properties.  A few buyers have so little confidence in the project that they are even attempting to break their contracts or walk away from their significant deposits.  Not only can property taxes be much higher for commercial properties but most lenders require the bar to be set higher in order to qualify a commercial buyer.  For me, this is just a shame.  I like to see DT thrive and I never miss an episode of The Apprentice.  Perhaps this will just mean we'll be seeing this real estate mogul in Toronto more frequently as he attempts some damage control.

Luckily, not everyone feels pessimistic and our luxury condo market seems to be an attractive investment for foreign buyers.  While it is difficult to obtain statistics on foreign investors, Janice Fox, the director of sales at The Four Seasons estimates between 30% and 40% of sales have been to international buyers.  In fact, The Four Seasons enjoyed a record setting sale last year of a 28 million dollar unit to a foreign family with plans to move here.

This optimism is also shared by many industry experts here in Toronto.  Oliver Beumeister, a real estate agent purchased a unit in one of these luxury developments five months ago and, according to a Reuters article, his plan is to wait until the surplus of units has been sold off in about four years and to then sell his unit for a 20% profit.  Not bad.
Posted by Taylor de Sa at 2:26 pm